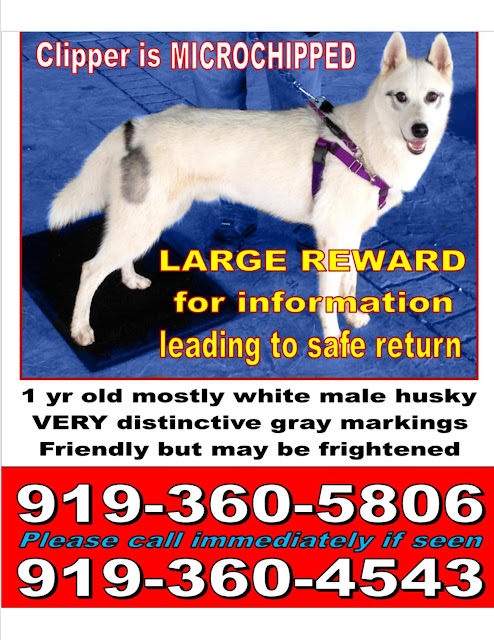 Posted by Hali Chambers at 12:31 PM No comments:

And so I created a digital download to sell in my Etsy Shop for people who want their own 4-leaf clovers. This is great for classroom teachers, mixed media artists, scrapbookers, journalers and jewelry artists. 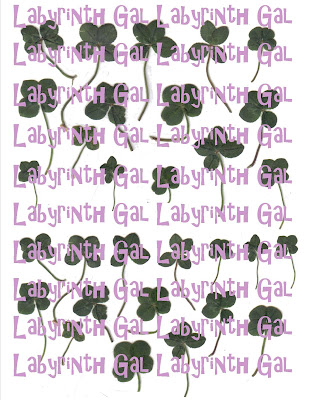 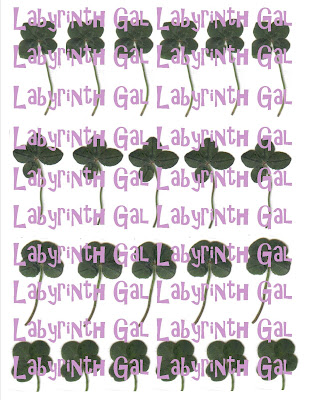 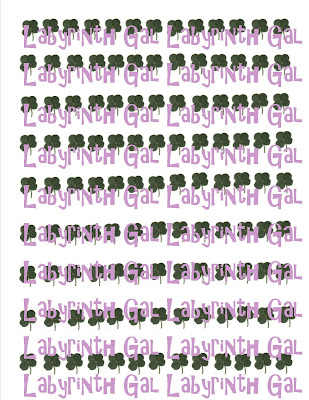 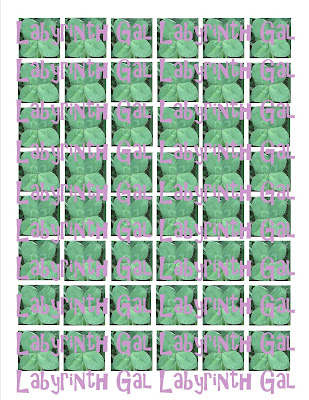 A note about the "Labyrinth Gal" scrawled all over the images: that's to protect the images from being stolen and resold. Labyrinth Gal is not there in the download, just the 4-leaf clovers.  :-)
Posted by Hali Chambers at 5:30 AM No comments:

One Engagement Ring, Disappointment Not Included

How's that for a 6-word story?  I've had on my endless To Do List to sell my engagement ring. I finally got it appraised and have listed it in my Etsy shop. I priced it a bit below its appraisal along with FREE SHIPPING so it will sell sooner rather than later; altho I know Christmas & Valentine's are the big engagement times. It really is a beautiful ring, but not being a jewelry person anyway, it's kinda wasted sitting in my brother's safe!  Originally I thought I'd turn it into a Claddagh ring. Meh. I'd rather remodel the bathroom. So that is what these funds are slated for.  :-)  Hopefully it will sell before Thanksgiving week, so I can do the remodel then. Fingers crossed!


Here are some some graphics I did: 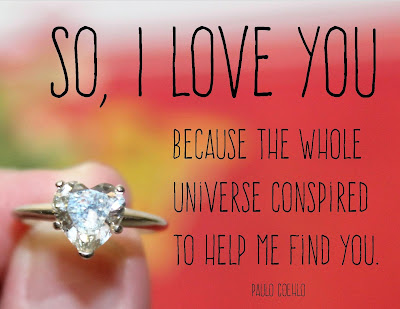 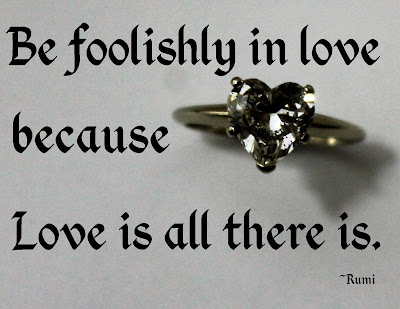 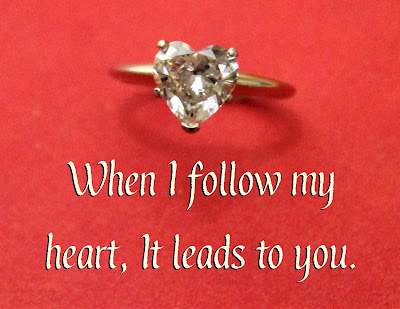 I googled how to photograph jewelry. One photographer uses hot glue to keep rings sitting up, but I had glue dots. The first photo I took in front of a piece of scrapbook paper. I think that's my favourite. I love Paulo Coehlo and Rumi and those quotes. I saw the last quote on Pinterest and I thought it was sweet. So there it is! (Too many notes--name that movie). My ring for sale.  :-)

Posted by Hali Chambers at 10:30 AM No comments:


Doc Johnson even rapped about it ( a bit of language in this one--but rightfully so!):

Every 3rd of July, Mum used to sing in the annual 4th of July concert. Even after she moved down here & wasn't singing anymore, we went back to meet Pioneer Sister & kids for the concert & fireworks. Saturday, for the first time since whenever, the celebration was on the 2nd. So Saturday, I drove Chiro-sis, Ro, & 2 nieces to meet with Pioneer Sister. I didn't take my camera, but I took a couple pix with my phone.

I tweeted this out because it is SO idiotic that someone thinks their dog would want to see fireworks:

Enough of my judginess. Here's the sunset: 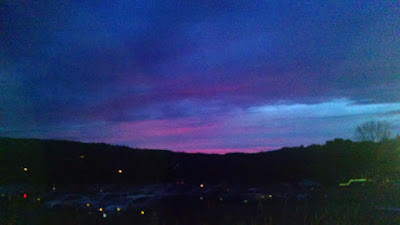 We were in a different area than usual; there was a new "kid-friendly" set up on the other side of the hill, with a bouncy house and deep-fried sugar. We didn't watch the concert but could hear it over the hill.

The fireworks were really spectacular as usual! And it was really great to spend time with my sisters & nephews & nieces. I thought I'd do a retrospective. This only goes to 2010. I do remember there were a couple concerts where Mum was traveling. And I guess I was lazy with blogging after that!  Anyway, here we go:


2008
I'm at Mum's, so no photos til later this weekend. My back is much better, thank you--AND THANK YOU Dr. King. I asked him if he'd be in the office today and he said he was off, but that he'd be at the ice cream store across the street later today and to call him if I needed another treatment. How nice is that?!
Yesterday was Mum's annual 4th of July concert & picnic. We had a splendid time. The community band and the army band play, and Mum is the chorus. One year it was worth it just to hear Mum sing "ain't" when they did a medley of country songs. My sister came with her 3 kids and I finally gave her "5 Generations of Mothers & Daughters," the altered book I made for her. It was worth the wait. :-)
While I was there, I got a phone call from XM Radio Guy. A West Virginian accent on the other line was asking how I pronounce my name. I laughed. He said, "Really, I don't know who I'm talking to. I just found this cell phone in the parking lot." I howled. "You are too funny!" I was about to tell him to do his Mechanic Schtick when I realized it really wasn't XM Radio Guy. So I called his mother and she had gotten a similar phone call. I told her, "I thought it was a joke...you know, because it's your son." She laughed. She thought it was too when she got a similar phone call. 'member that Seinfeld episode about who was first on the speed dial? Anyway, when I spoke with her, he was on his way to get his phone.
Back to the picnic: I got to see my German teacher from when I was 16! So we had a nice chat. She was always so kind and I only had her for a year, but she was a wonderful teacher. At the time, I was a total Beatlemaniac so she lent me John Lennon's first book in German. Then she moved to a different school and I lost track of her. So here we are--I've saved the book for her all these years just in case. And the just-in-case showed up last night--how perfect would it have been if I just happened to have it? Yeah, well. We'll do lunch.
So we had a lovely picnic, and the kids all played, and the band played and then! Fireworks! My favourite! Last year, my nephew who was almost-five, shouted, "WOW! This is better than Christmas!" How sweet is that? Spoken like a visual kid! So it's the highlight of the evening, and everyone waits...and waits...and the band plays...and plays...and some old guy has pages of script he's reading from starting from excerpts of The Declaration of Independence working his way into the 21st century. Hehhhh....and it's dark already and still we wait...every year it's like this. And then! the fireworks start at 10 p.m. I LOVE fireworks. I forget until I remember my favourite sparkley ones--AWESOME. Of course, for a different angle of approach, you can read about fireworks here. Haha
This a.m. Mum made some AWESOME Gluten Free pancakes. The BEST, Jerry! And she pulled a card from her Grasshopper Quotes box & this is what I'll leave you with:
"The prescription for complaining is a dose of gratitude." ~The Grasshopper 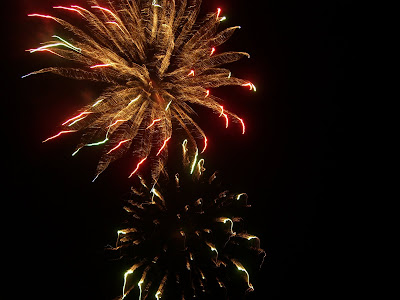 Today is Mum's annual 4th of July picnic/concert. Every year it's held on the 3rd. I LOVE fireworks. Maybe it's a characteristic of being a visual person, but I have an excitement and wonder that is brand new, every time I watch them. I forget until I remember just how much I remember liking them. One of my favourite memories is with my nephew, who was 5 at the time. "WOOOOAH! AWESOME!!! This is better than Christmas!!!" SO. CUTE. I thought, "Another one of us. He gets it." So we'll go and spread out the blanket, and Mum will complain about the gnats, and we'll complain about the concert taking too long and how they should start the fireworks as soon as it turns dark instead of waiting until 10 p.m. And then! THEN! It doesn't matter because the fireworks start and it really IS better than Christmas. :-)


A Moment of Kind Attention

This is from Mum's Front Royal Oratorio 4th of July concert last week. A little girl was standing behind the conductor, conducting with a stick:


George Amos, the conductor, motioned for her to take over, and sat down:


I didn't get a photo of it, but he had 3 assistant conductors all at one time:


What kind of memory does this create for this little girl? See the faces on the singers? I asked Mum if George knew the little girl. No, she was just up there. What does kindness to a child cost?

I'm meeting Pioneer Sister & kiddliewinks for the annual picnic/concert/fireworks. The Front Royal Oratorio Society sings patriotic songs, followed by the fireworks. Mum won't be singing this year because she's in Australia, but we will be there to represent. I told her we would field the "where-is-your-mother" questions. The video above was taken a couple years ago. That's my nephew saying, "AWESOME!"  I have another (longer) clip of him saying, "This is better than Christmas!" Spoken like a true Visual. He's a boy after my own heart. Happy 4th of July, everyone on this 3rd day of July.  :-)