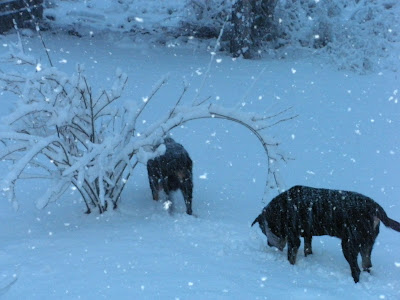 Maggie LOVES the snow!  Millie heads back up the ramp. 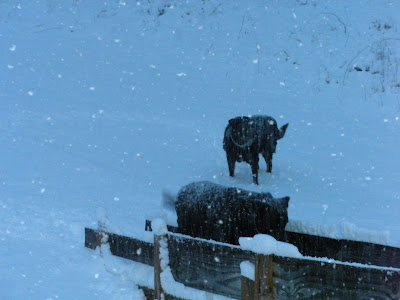 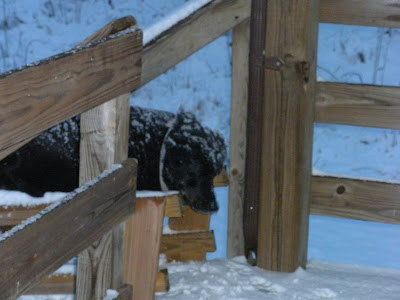 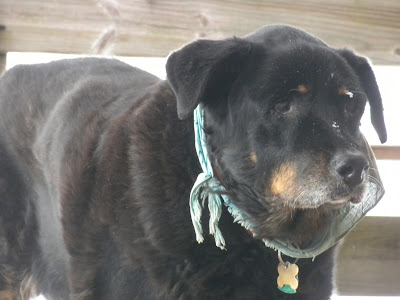 Millie is still not as big a fan, even when it's not snowing. 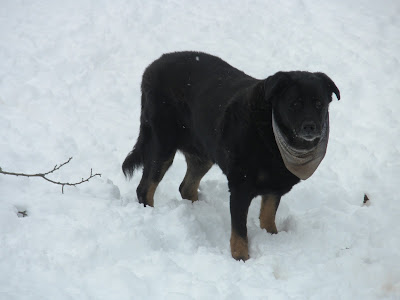 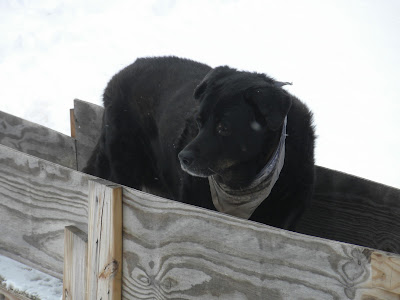 She is quick to go down the ramp & back up again. Well, not literally quick.


And then they go back inside where it's all warm & cozy:


Posted by Hali Chambers at 1:27 AM No comments:

I wanted to make sure I had my camera ready for this morning's sunrise. Yesterday was so spectacular, and I wanted to get some more pix with different angles, etc. Get ready for it, here it is:
Let's show today how it's done:
Posted by Hali Chambers at 8:06 AM No comments:

The snow is so BEAUTIFUL, especially when I don't have to drive in it! So I thought I'd post a few pix before it all melts.


I have a bird feeder that I move to center stage on the back porch, after the hummingbirds leave. I had a huge bag of bird seed that the squirrels & birds made a mess of. Bird seed all over the table, the porch, the bench, etc. There's one kind of bird in particular, don't know what it is, that would sit at the feeder and chuck out all the seeds it didn't like; hence the mess! I got a different brand of bird seed this last time, and apparently it doesn't attract the Messy Birds. In fact, what it seems to attract the most of, is our state bird. So in the little tree that is the Hummingbird Tree in the summertime, is the Cardinal Tree in the winter. :-)


This is my front yard, which changes according to the season, the weather . . . 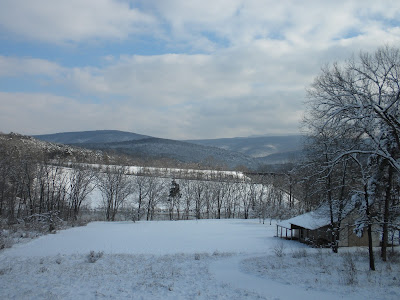 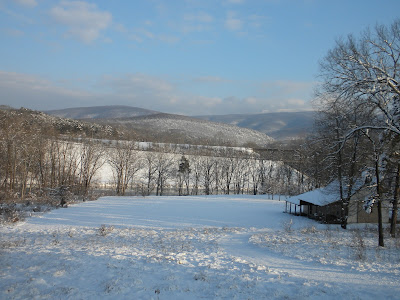 In the summer time, you can barely see the trains going by: 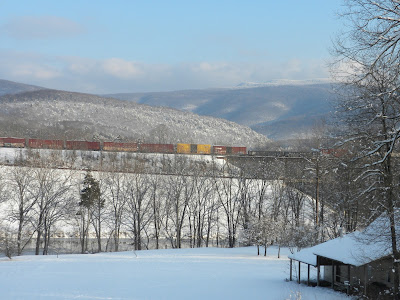 I call them Tree Trains. There's a children's story in there somewhere . . .

Let's take a walk down to the post box, shall we?

Walking to my postbox:
Oh, lookit!  A coupla more birthday cards!
And back up the hill to the house:
Posted by Hali Chambers at 1:57 PM No comments:

I have an appreciation for humor. I often say it's the spice of life, but really, it's a major food group. The best is what I think of as "real world" humor; things that happen in daily life that are just funny. Babies laugh an average of 300 times a day; the average adult? 15. Click HERE for a full article on why laughter is important. Seriously.  Putting your humor goggles on doesn't cost a thing, and it makes the world a much more funner place to be. (Yeah, I know, Grammar Nazis). So here's some real world humor: I introduced John Morgan to the wonderful world of quinoa, a v. delicious GF grain. Easy to cook, with a nutty flavor; yummy hot or cold.

And then John's son saw the mystery grain. And this is what it's called in the House of Morgan:

Update: Mum was reading this and said, "Keen-u?"
Me: It's pronounced Kee-ON-u.
Mum: What's a Keanu? Oh, wait. Isn't that someone in the entertainment industry?
Me: Yes, an actor.  [Click HERE.]

Anyway, John sent me that picture & it reminded me of Brother Atlasta's labeling efforts: 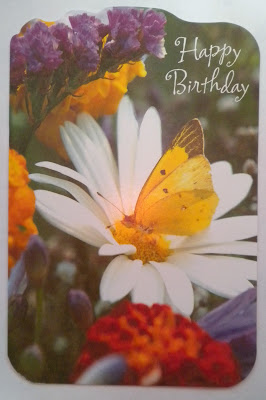 Yesterday afternoon, the weather gods obeyed the woefully inaccurate meteorologists, and made it start snowing:

Back to my birthday:
So I will DANCE into my 47th year:

Posted by Hali Chambers at 9:17 AM No comments:

When I was out with Pioneer Sister over the weekend, she said if I wanted something entertaining & fun to read, I should try Janet Evanovich. "Mum has all the books, get them from her." So I stopped by Mum's on my way home for a cup of tea and asked if I could borrow one.
Mum: Well I don't know if you'll like them.
Me: I hear they're funny.
Mum: Well, they're not very deep.
Me: I can do shallow.
Mum: They're frivolous.
Me: I can do frivolous.

So  I read this book in a coupla hours last night. Funny, well-written, & the protagonist gets into hysterically impossible situations. In between are visits home to her parent's house for dinner; also v. funny. I didn't like the boxer character who was violent & sadistic toward women. That was hard to read, so I skipped thru those parts when I saw his name on the page. I hope the rest of her books don't have those kinds of situations.

For the most part, the book was fantastically frivolous & I laughed out loud on several occasions. This is one of my favourite scenes: The guy she's chasing throws her car keys in a dumpster to delay her. And then she has to go to her parent's:

Mother: What's that smell? Is that you? You smell like a garbage can.
Stephanie: I accidentally dropped my keys in a Dumpster, and I had to climb in and get them out.
Mother: I don't understand how these things happen to you. They don't happen to anyone else. Who else do you know dropped their keys in a Dumpster? No one, that's who. Only you would do such a thing.
Grandma [comes out of the kitchen]: I smell throw-up.
Mother: It's Stephanie. She was in a Dumpster.
Grandma: What was she doing in a Dumpster? Was she looking for bodies? I saw a movie on TV where the mob splattered some guy's brains all over the plance and then left him for rat food in a Dumpster.
Mother: She was looking for her keys. It was an accident.
Grandma: Well that's disappointing. I expected something better from her.

I'm looking FW to the next book!  Thanks, Mum!
Posted by Hali Chambers at 9:59 AM No comments: