We had a snowy preview on last Monday's post from the snow that started on Sunday. Here's what it looked like Monday morning: 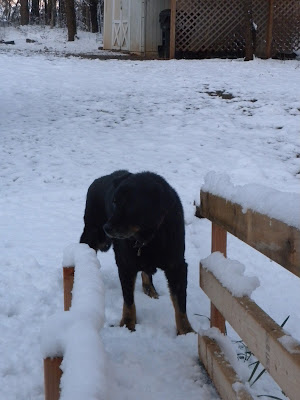 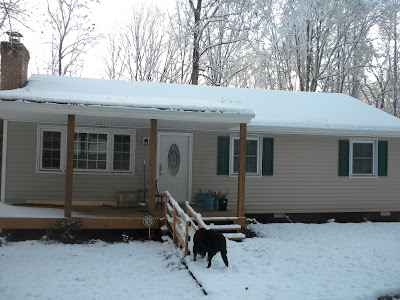 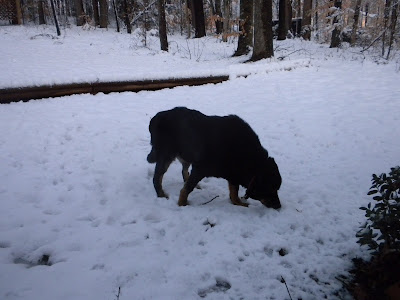 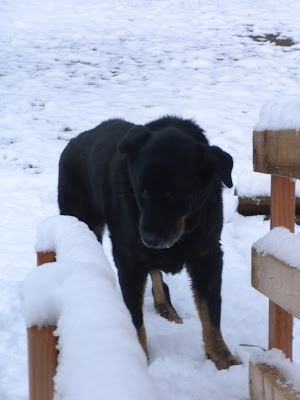 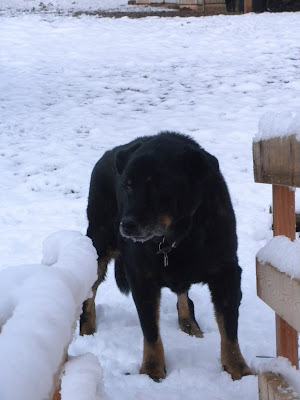 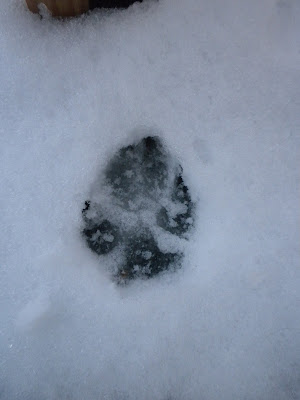 I had a pop-in from the Mormons on Thursday to look at a fallen tree down by the lake on my property. This Saturday, Elder Chainsaw is coming to chop it up.  Maggie was on the front porch, but as I was walking back up to the back yard, she had followed us! 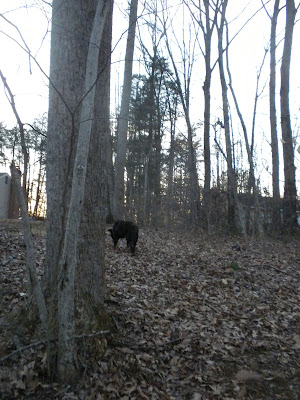 Here are a few different times of Maggie & Tabby on the porch. They really are so sweet together! 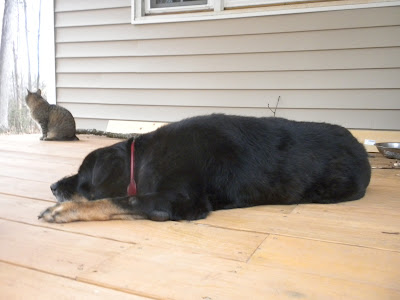 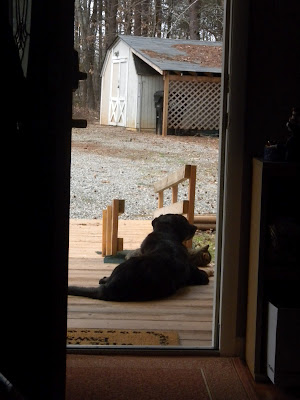 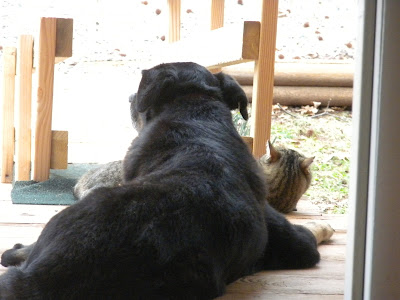 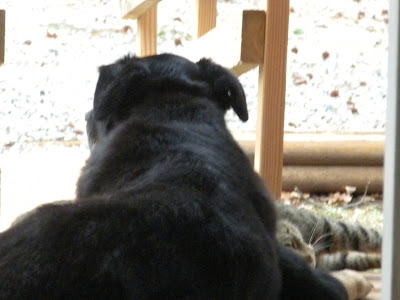 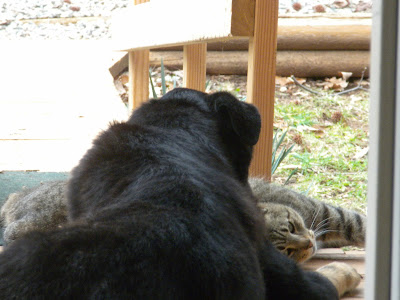 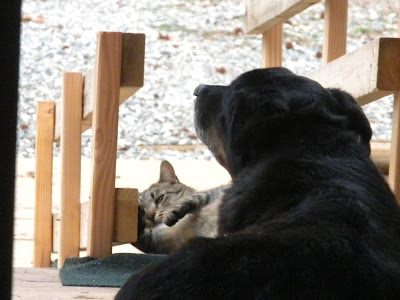 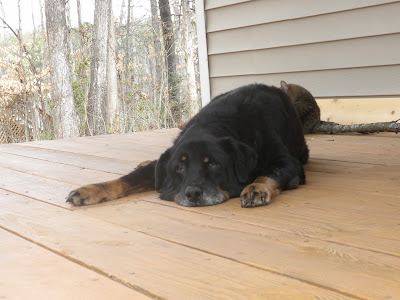 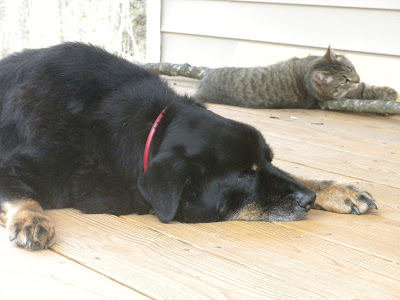 For the most part, Tabby stays inside. But she does like to hunt in the woods. So Maggie will go outside just to watch her. Here's Tabby back inside, so Maggie comes to the door: 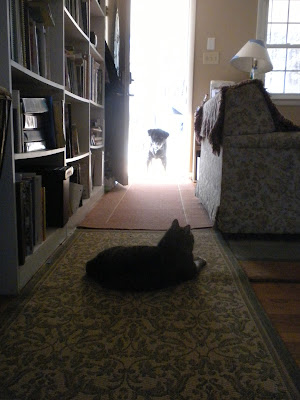 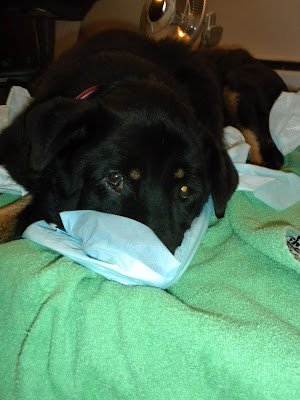 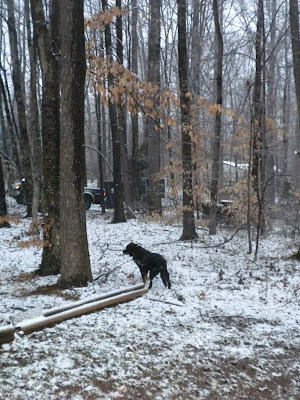 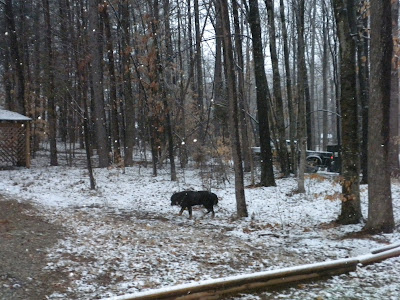 It's easier to be superior than it is to be loved.

This is what I heard as I was reading Peter Shankman's blog post. For those of you who don't know, Peter is the founder of HARO, a free service linking journalists to expert sources.

Mum: Why would someone want my porridge recipe in Denver? Who made October Oatmeal Month? Where do you find these people?

Back to Peter: He is a fellow animal lover and just all-around nice guy. So it's comical when someone accuses him of not being nice. This someone who made a point of saying he had two psychology degrees. Ah-ha! That explains it!  Kidding. So, back to the love part:

Thinking you're better than excludes whole groups of people. Usually it's thinking you're smarter, like Psych Guy, but this is also the pattern in religious groups. Being superior shrinks your world and isolates you from others. It's the opposite of love; love is inclusion, no matter your intellect or religion or football team. Love is out of your head, with open arms, embracing all the experiences where love shows up; playing puppies and giggling babies and smiling people on a park bench. Love, in all its forms, is open. It's hello with a smile. It's abandoning judgments about shoulding on other people:


Feeling better than keeps you in your head and closes off your heart. There are people who will quote Mr. Potter and say this is "sentimental hogwash." It's the reason we're on the planet. Love is about connection. You can't simultaneously judge someone and connect with them. Judgment repels, disconnects, and isolates. Love embraces, welcomes and includes.

Thinking you're better than is a step away from justifying being mean, abusive and hurtful. It's what starts wars in families, communities, and the world. Better than because of race, religion, education, sexual orientation, nationality. Those are the big ones that keep us disconnected.

On this Valentine's Day, think of who you love, and who loves you. Get out of your head and into your heart. It's why we're here. To quote Sir Paul McCartney (who?): LOVE IS ALL YOU NEED. And Psych Guy doesn't know it, but he needs it, too. It would make him less offended and more patient of other people's perceived shortcomings.

P.S. This was my Grasshopper quote from Quotes That Get You Curious, this morning:

"When you encounter something or someone in life that doesn't fit into one of your neat categories, it's an opportunity to find our more about them, but more importantly, about yourself."
Posted by Hali Chambers at 8:05 AM No comments:

She's an outdoorsy girl.  Nestling into the grass.

Nestling into the leaves:

Are you coming back up the ramp, Mag? 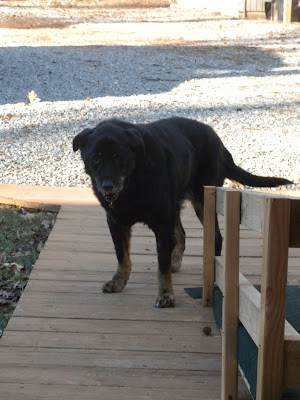 to sit on the front porch:

I don't have any pix of me with her, so I tried to take a self portrait:

Sunrise on the Lake

First, a hello from the moon: