Over Memorial Day weekend, I was in Topsail Beach for an AWESOME seminar on manual lymphatic drainage (a massage technique). So Bingo went to stay at my friend Rita's with her friends Dana & Roy. I have to make sure that the last thing I do is roll out the suit case, because as soon as Bingo sees that, she's racing me to the car. She knows she's going to see her friends!

This is after I picked up Bingo from Rita's:

Tabby is none too pleased when I go away. Chiro-sis comes over to check on him & she & Rowan sit out on the porch with him. He's v. vocal when I get back. Here he is nestled in near my knitting bag: 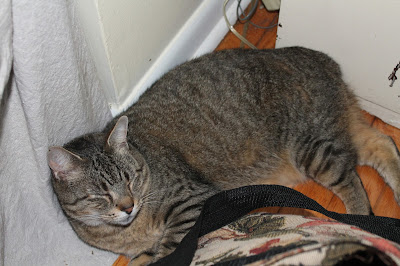 On our first morning walk after I got back, I saw this down at the lake: 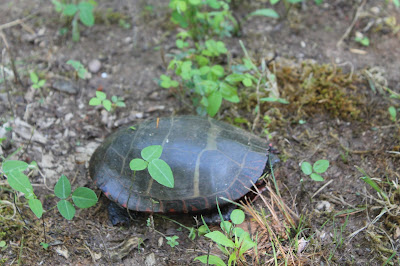 Yeah, yeah. I know. Get down on the ground at eye-level! 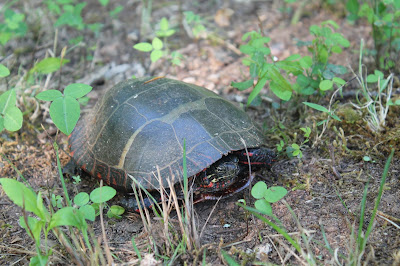 I was afraid that Bingo or Tabby were going to go after him (her? As we know, my track record on gender identification is spotty at best). Anyway, I picked it up to shift it away from B & T. It made a funny noise and then proceeded to water my shoe. Eeeewwww!  I put it back down. Bingo apparently not tuned in to the turtle cologne on my shoe.
In the meantime, Tabby jumped from one end to the other of the tree:

Aaaand here's Tabby, oblivious:
Later that day, a walk in the labyrinth: 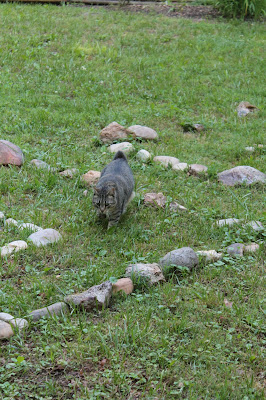 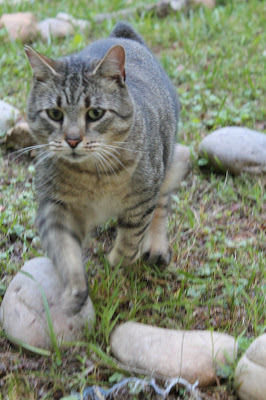 And then a vizzie with RoRo, who makes a bee line for the leash to walk "Mango." 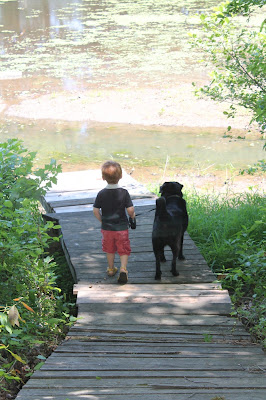 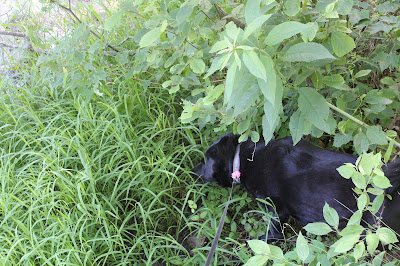 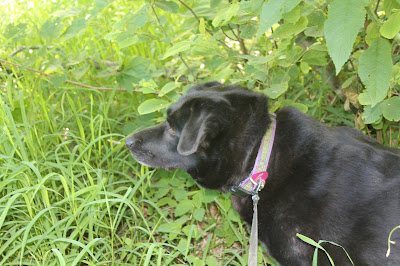 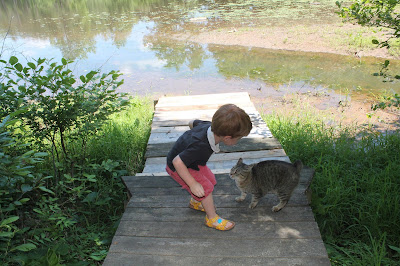 Look at this!
Heading back up to the house: 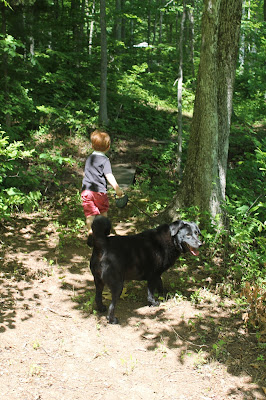 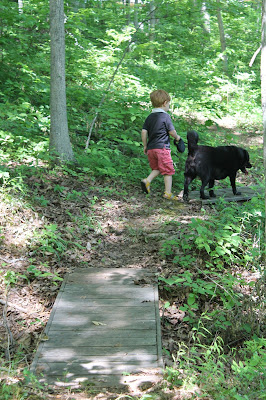 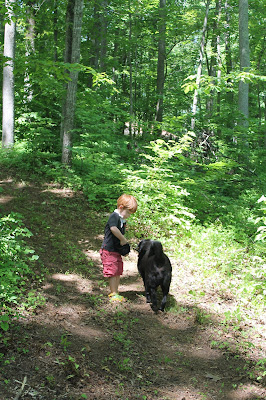 I can't remember what she's licking out of the bowl: 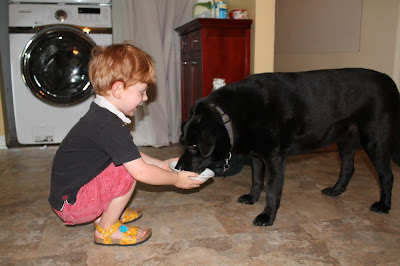 I watched a private little moment between Bingo & Tabby. Bingo was lying on her bed and Tabby went over, purring. Then he started to lick Bingo's ear. Behaviour suspiciously similar to when he gets all purry with me before he tries to sink his teeth into a phalange. I had a half-thought for a nano-second of, "Isn't that cute. He's grooming her," before I realized what he was up to. Just as I was heading over to intervene, Tabby took a little nibble of Bingo's ear. Well. Any fears I had for Bingo were assuaged. She let out a growly bark & a warning snap that put Tabby in his place! I don't think I need to worry about Bingo. She can take care of herself!
Posted by Hali Chambers at 12:30 AM