In a previous post, I wrote that I was going to my friend Dan's wedding. What a GLORIOUS day! We were at the Sarah P. Duke Gardens. It was v. hot, but so BEAUTIFUL. I found a bush to nestle into for shade, but moved about to get a few photos. 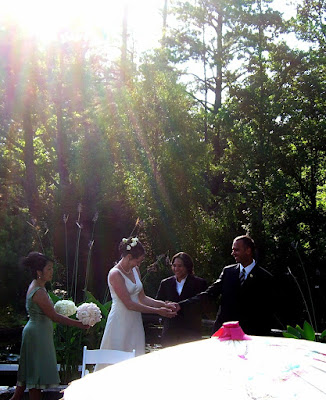 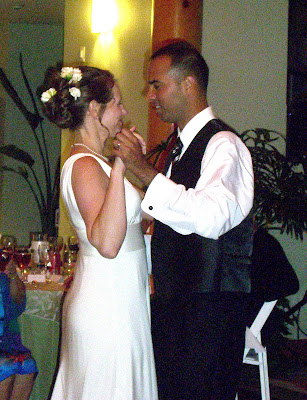 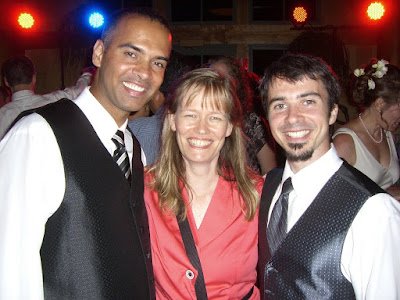 I had one of those picture frame photo albums, so I left the wedding a bit early to find a Kinko's to print off the wedding photos so that I could give it to them at the wedding brunch the next a.m. [Side note here: a BIG THANK YOU to John Morgan who happened to call me when I was going in circles with my GPS trying to find the place. Do you want ME to find it? is a familiar joke, because it doesn't matter if it's a condiment or some illusive bit of information, he'll find it! So, the gift was a huge hit, but it almost didn't happen.] So Elizabeth is a first grade teacher. This is the card I made from a picture Dan drew when he was in first grade. You know when you find just the perfect thing to give? Coincidentally, at the rehearsal dinner, Dan's mother gave him his old Michael Jackson doll. It was the 80's & Dan did a mean moonwalk! She said he'd said to save it for him when he got married. Hahaha 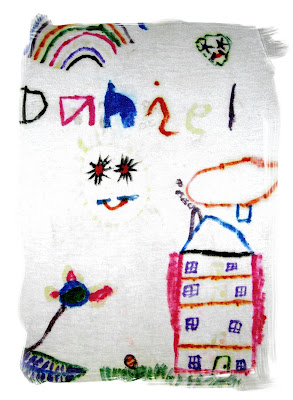 How sweet is that smiling sun?
So the day of the wedding, there was a bridal brunch...or bowling with the guys! 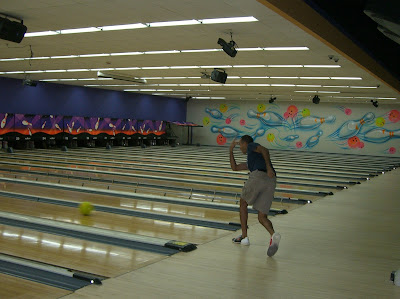 Dan is quite the bowler! 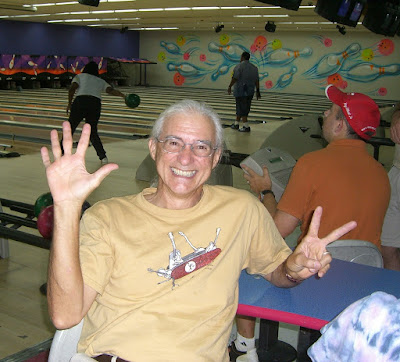 Hey Freeman, how many chakras do you have? Hahaha

Freeman is Dan's dad, and my dear friend. I was 18 when I first started working with Dan after school teaching him English. I didn't really teach, we just played. Still my favourite way to learn! I asked Freeman this weekend how old he is because it seems that when we first met, he was so O-L-D. He was only 35--but of course I thought that was ancient. So he seems to get younger as the years go by. He is one of the kindest people I know and was a great influence on how I parented Dan & Gabe. I was so happy for him when his now-wife Joyce came into the picture. She was such a stable, loving presence for the whole fam and I learned a lot from her as well. What a JOYous celebration it was! Here's what I wrote on the card:
May your hearts
grow together
As you delight
in each other
in this wonderful
dance called
LOVE.
Posted by Hali Chambers at 9:42 AM