In The Boudoir
We'll get the bed shots out of the way: 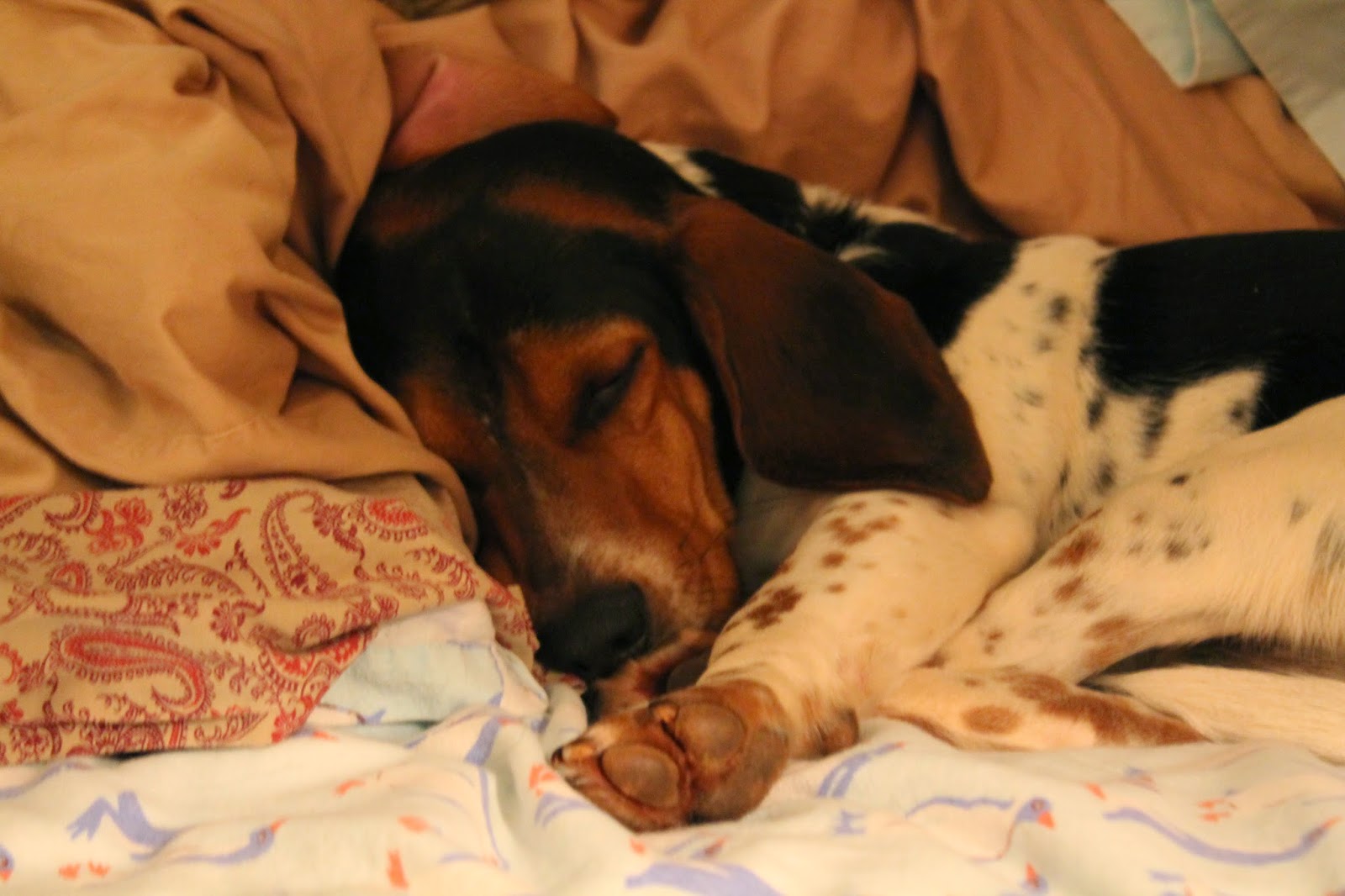 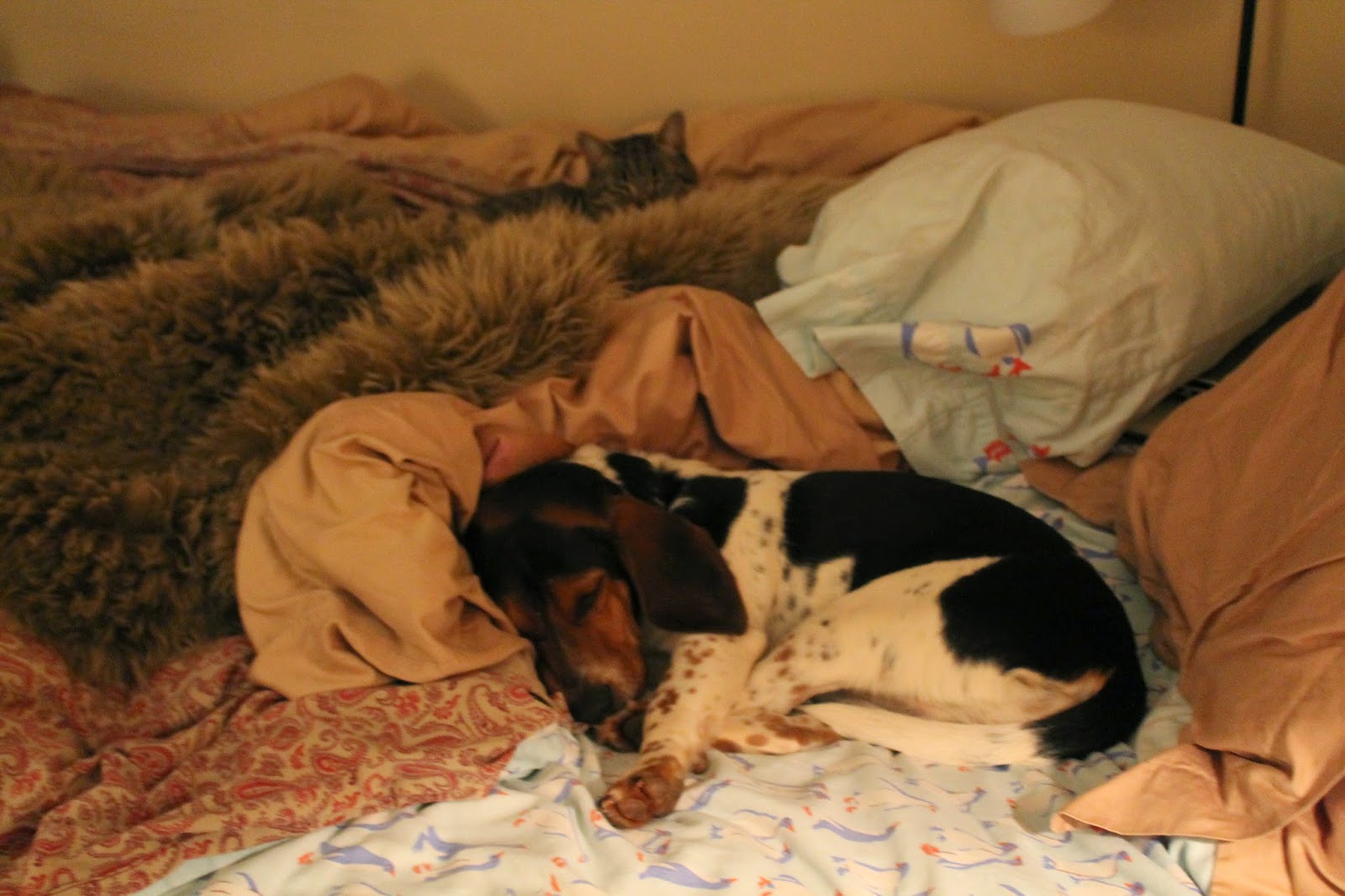 And because taking photos with my fancy-pants camera isn't enough, here's a shot I captured with my iPad: 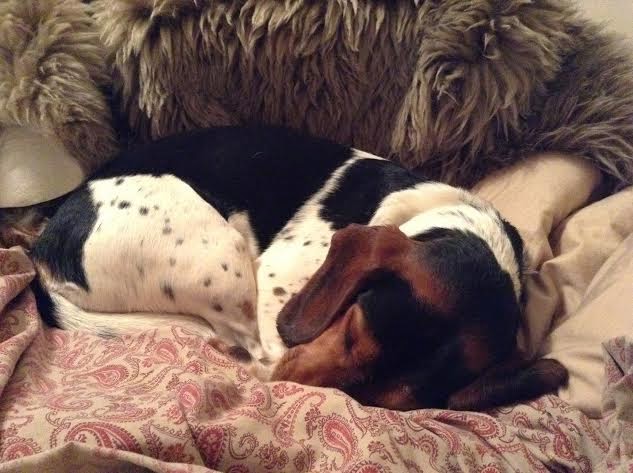 We do this once a week or so: 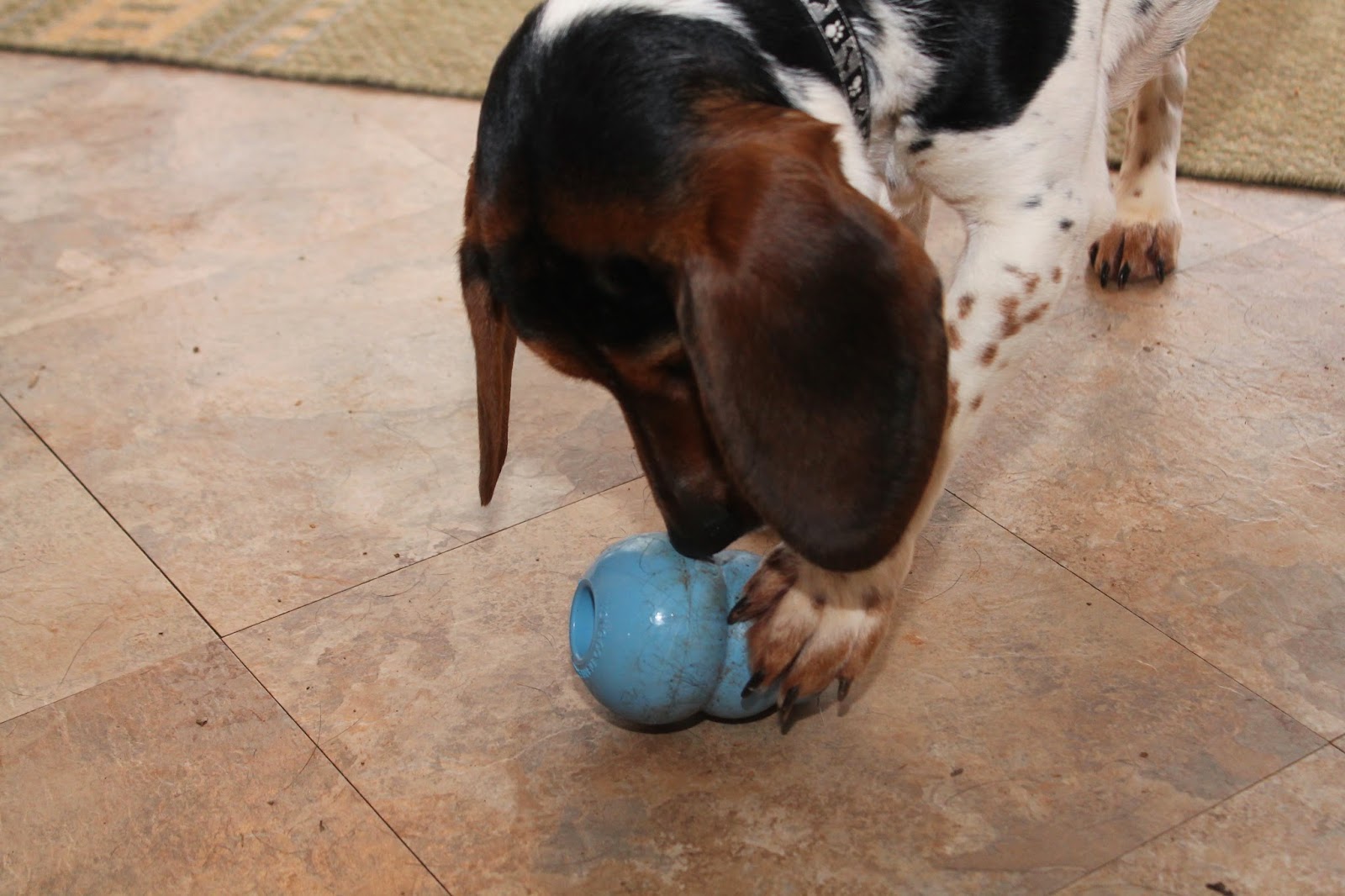 Moving to a more secure location: 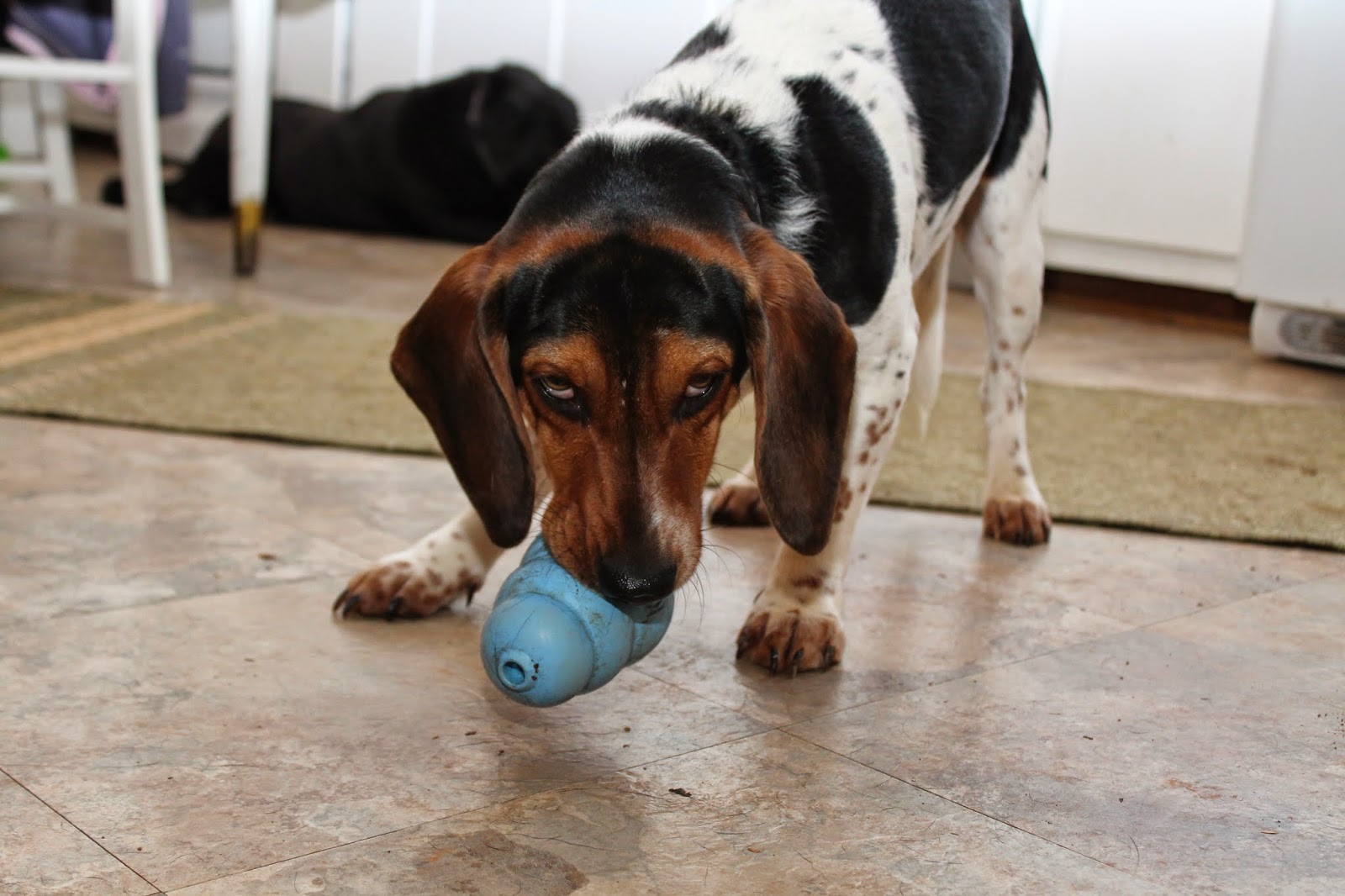 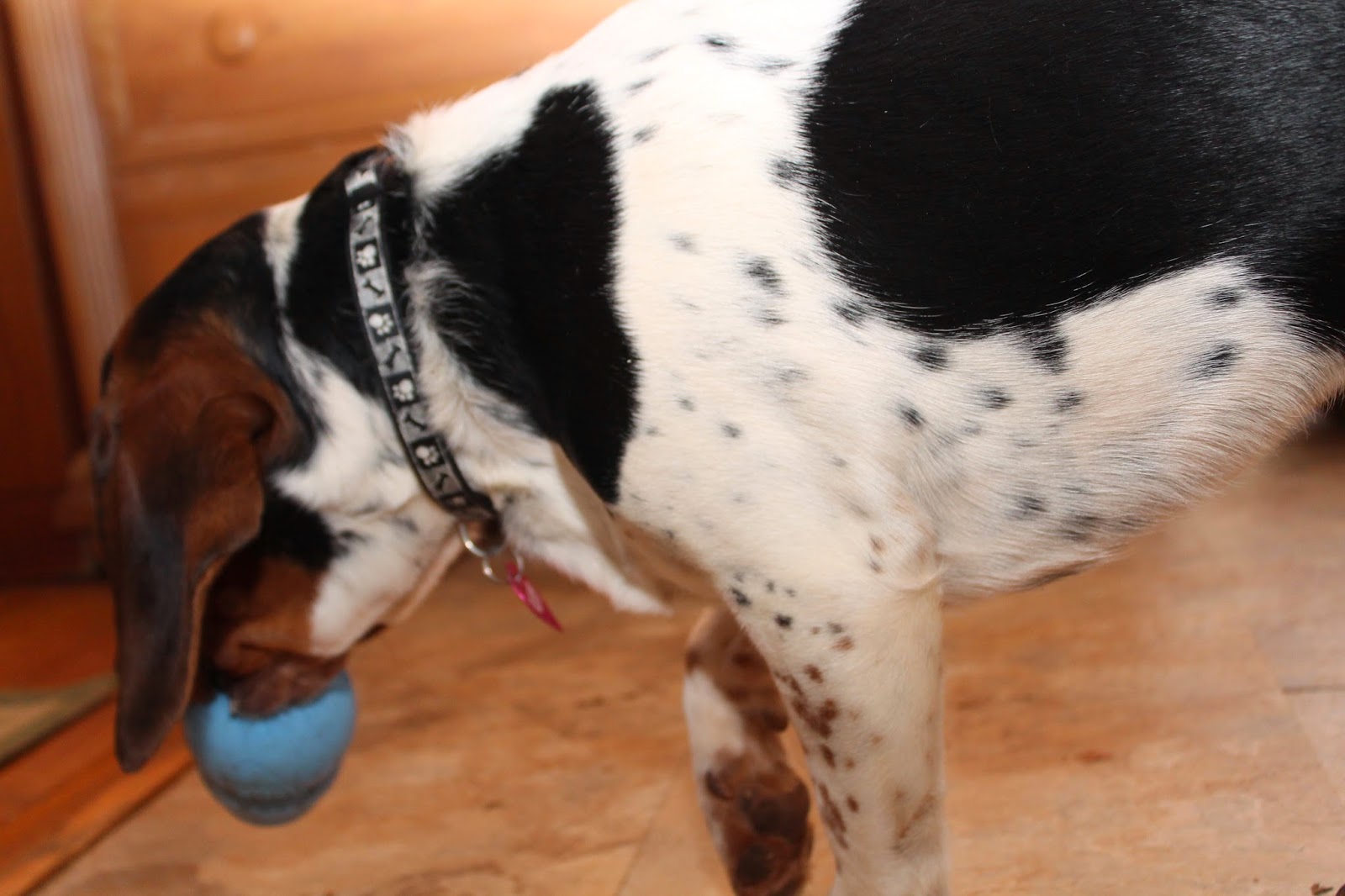 In the meantime, Reggie taking his outside: 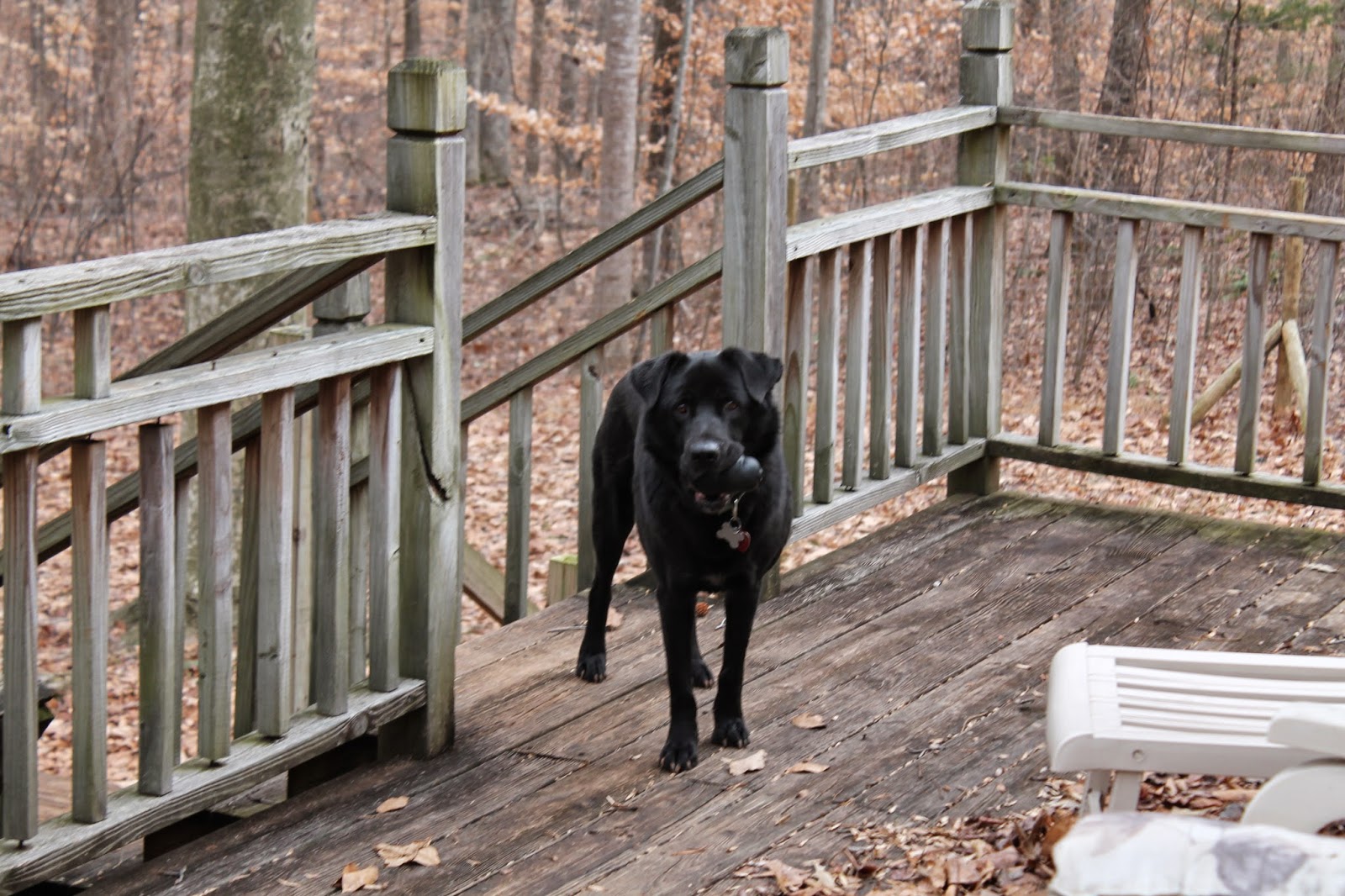 I discourage this practice, as then I have to go outside & do an archaeological search for it afterwards. So I encouraged him to go back inside: 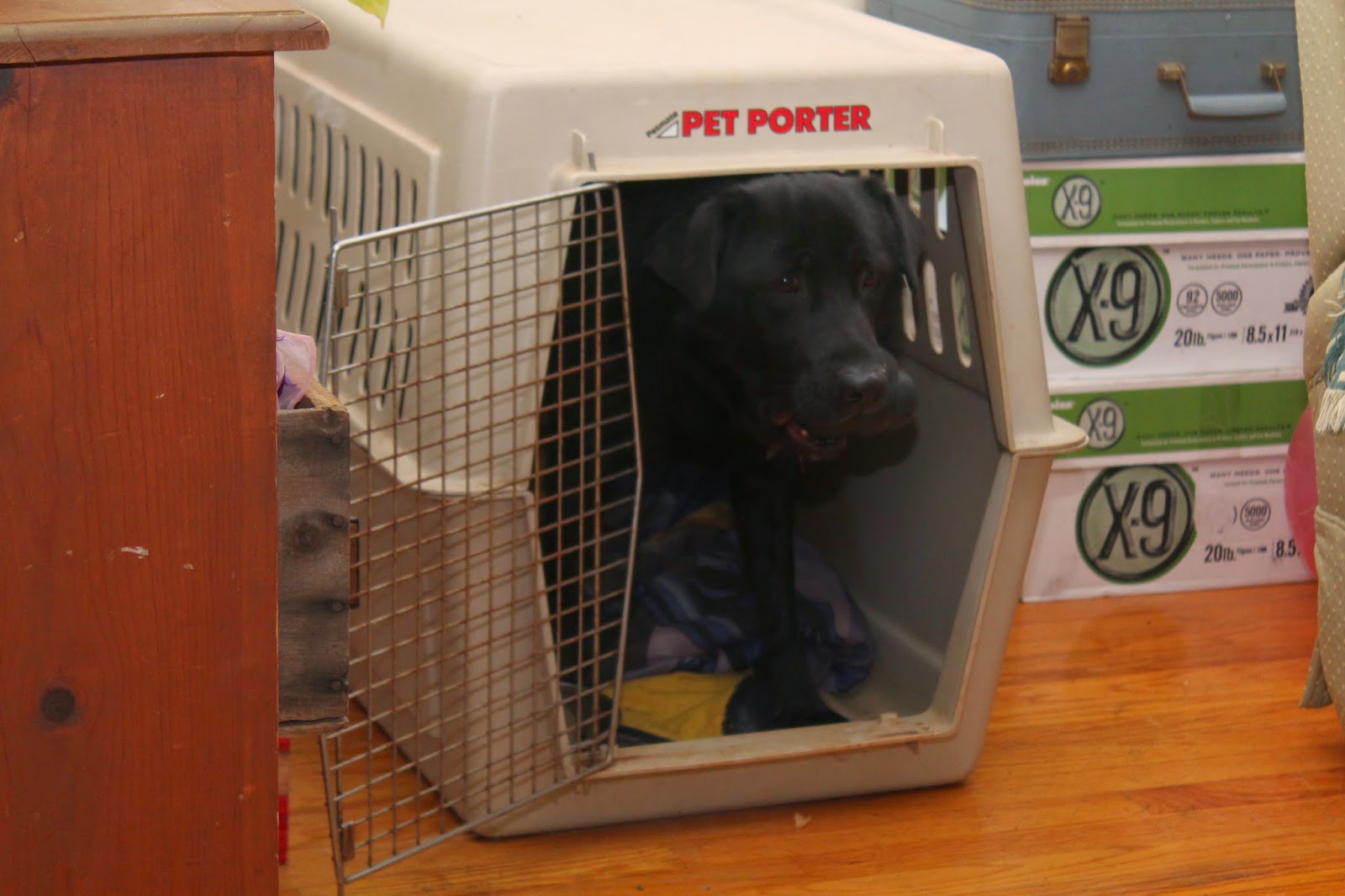 In The Office
What would Doggie Monday be without T-Bob? 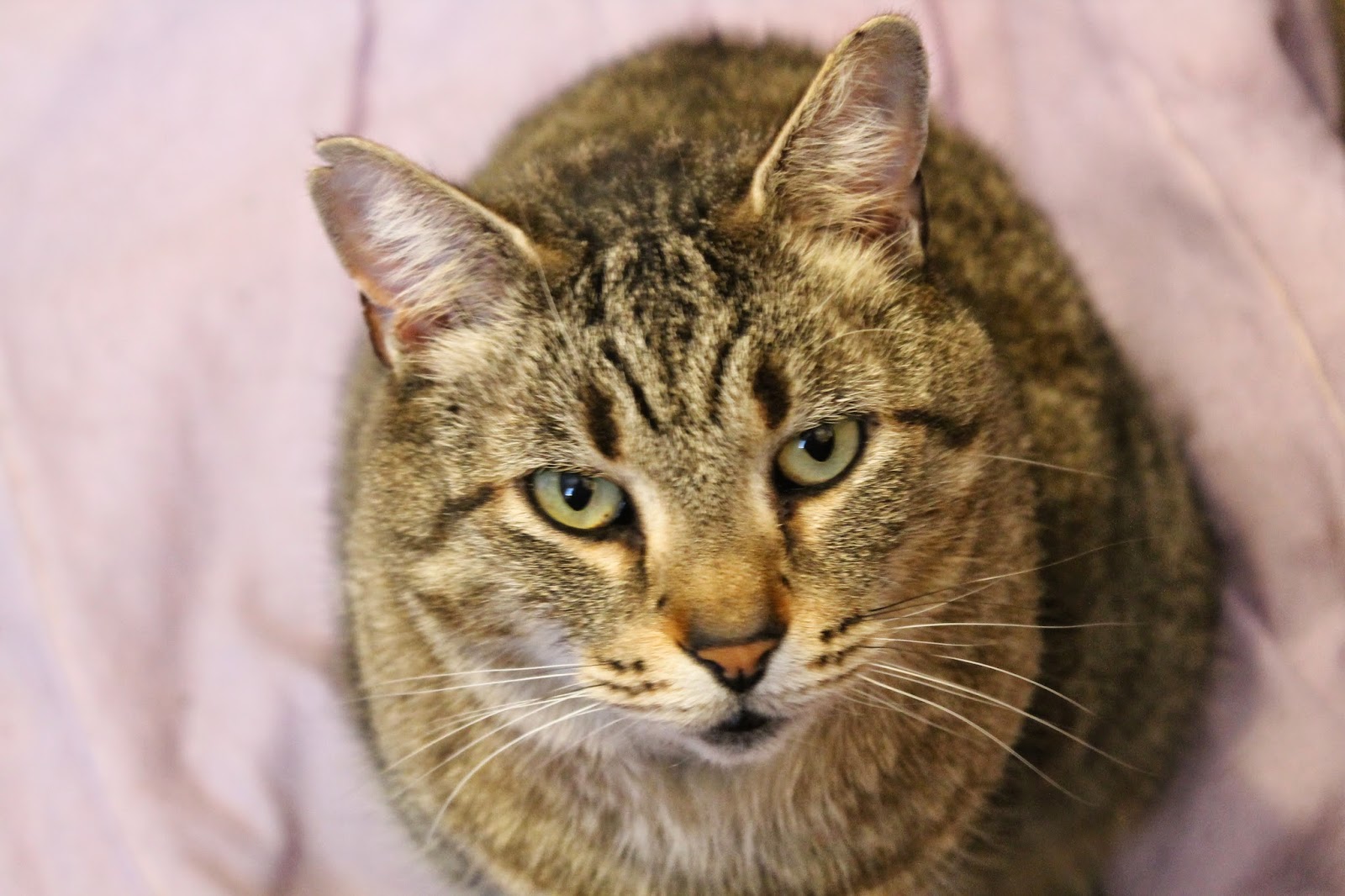 Oh. This:
But then the printer came on & he was momentarily distracted: 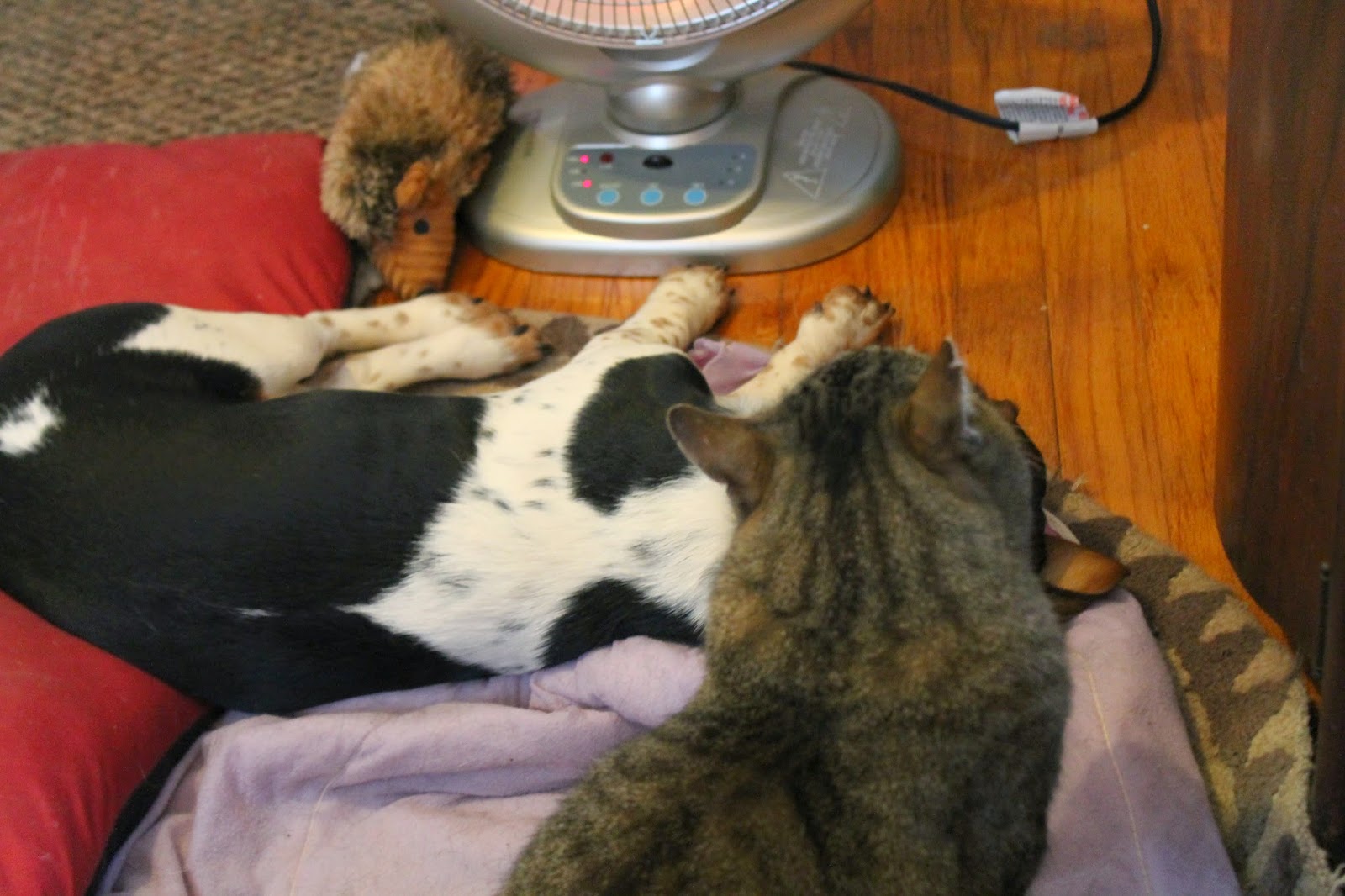 I went to get another cuppa Builder's Tea, and this:
I was sitting at my desk, & was sure I wouldn't capture the moment, but lookit!
As soon as he heard the clickity-click of the camera, he trotted outta there:
The mysterious printer again!
Another chair usurper: 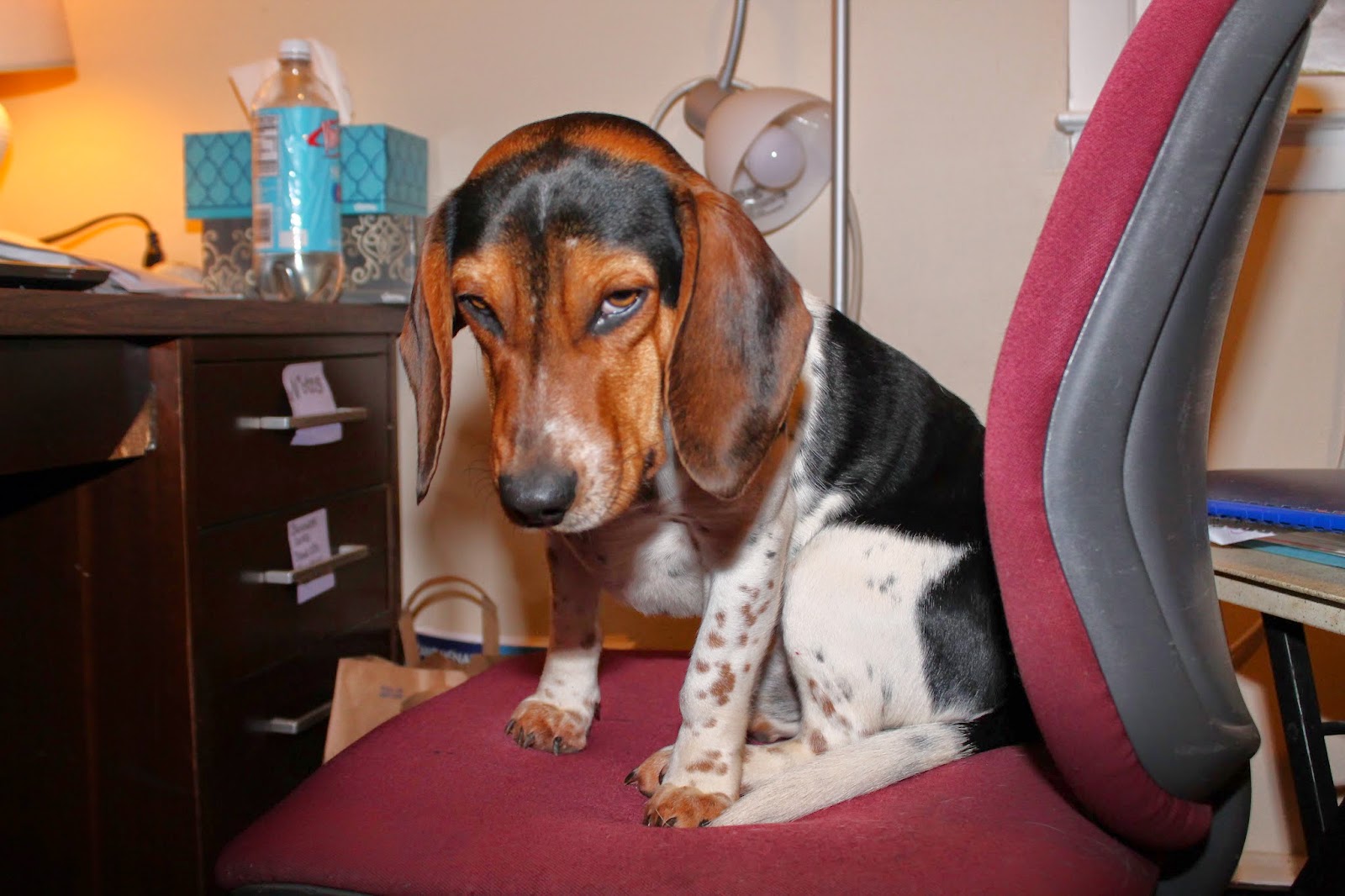 Bingo:
Here are a few taken with the iPad. Reggie is (less) suspicious: 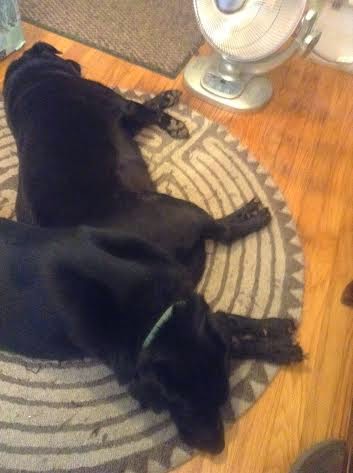 Buddy on the chair with me:
Here's Tabby going after Bingo's back phalanges: 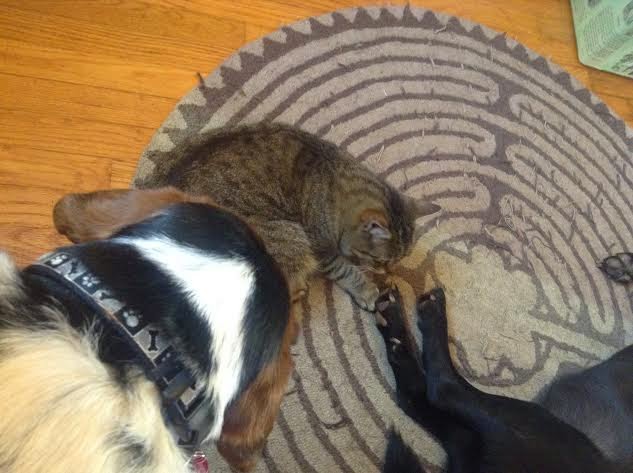 I gave a warning "Tabbeeee! What are you doing?" And he turned away:
Buddy sits behind me:
Bingo & Buddy:


Here's Buddy hogging the space in front of the heater: 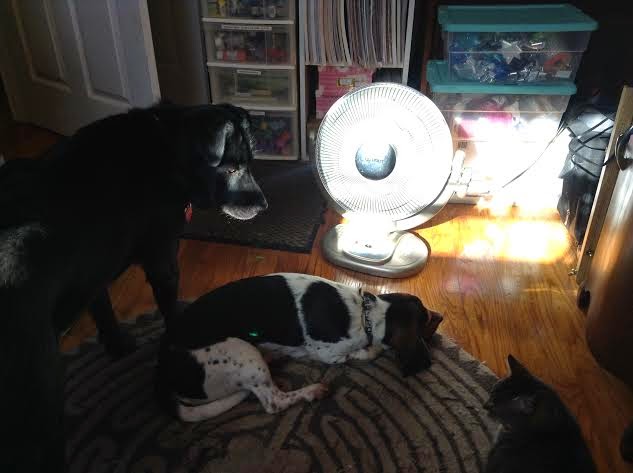 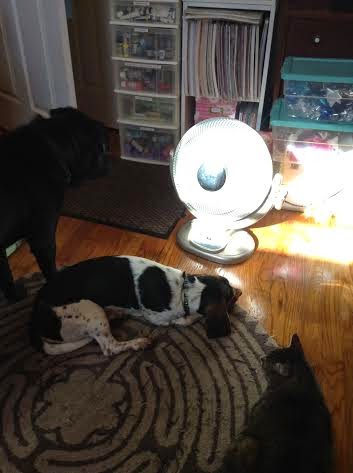 But then Bingo goes to dog bed by the big heater: 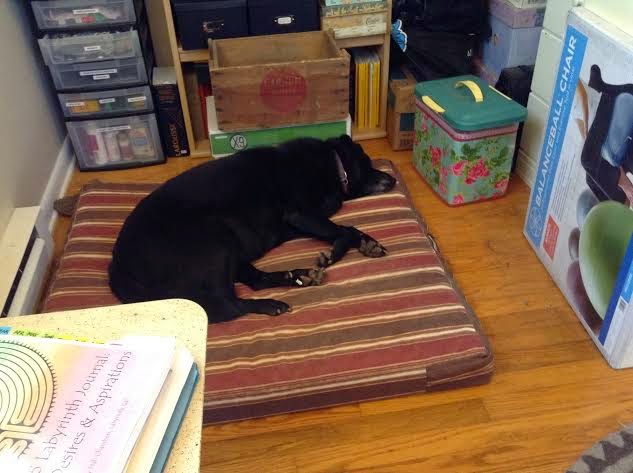 "Snow"
We had our first dusting of the season. It lasted prolly about 45 minutes, if that. 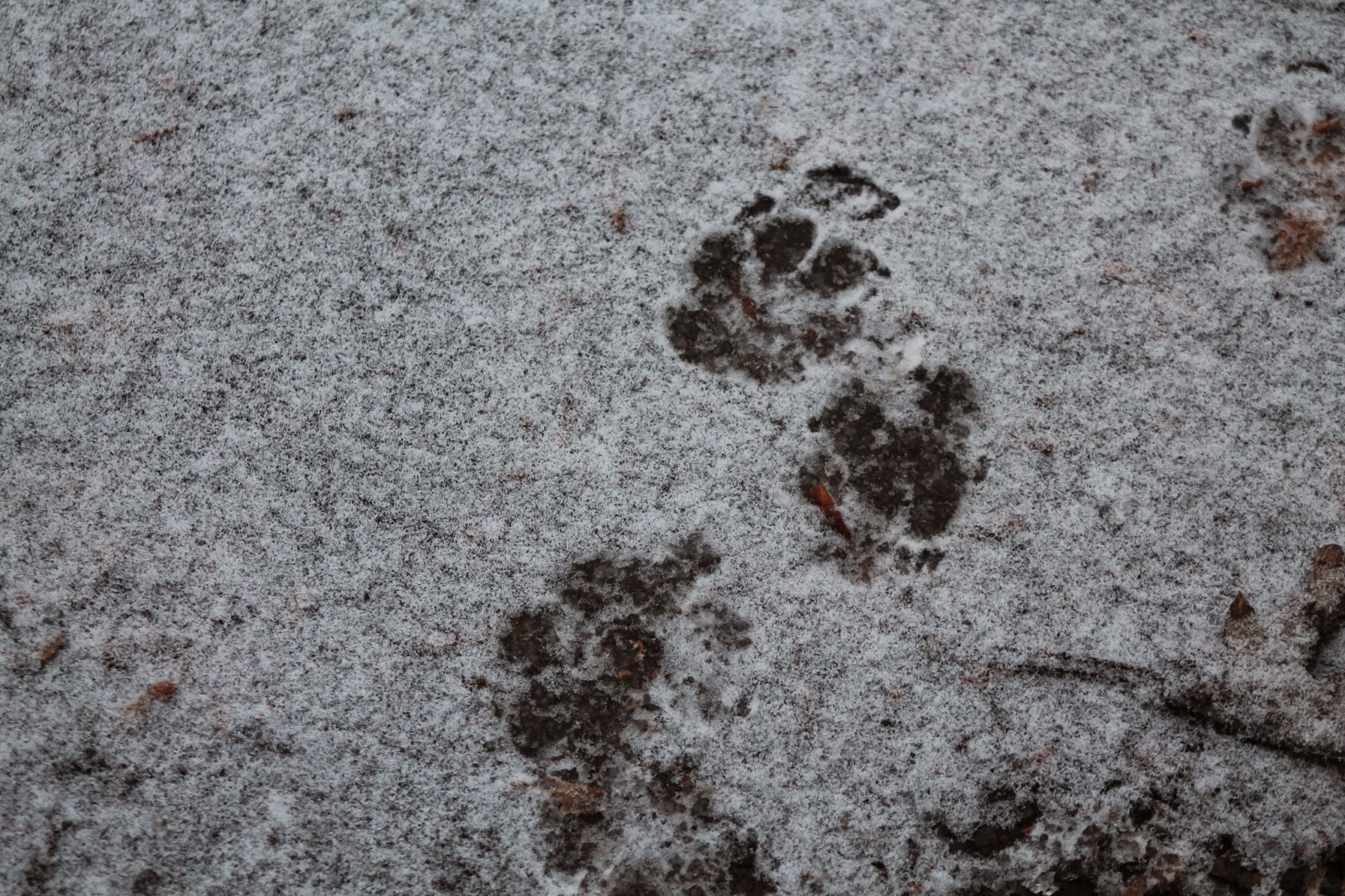 
Buddy:
On the deck: 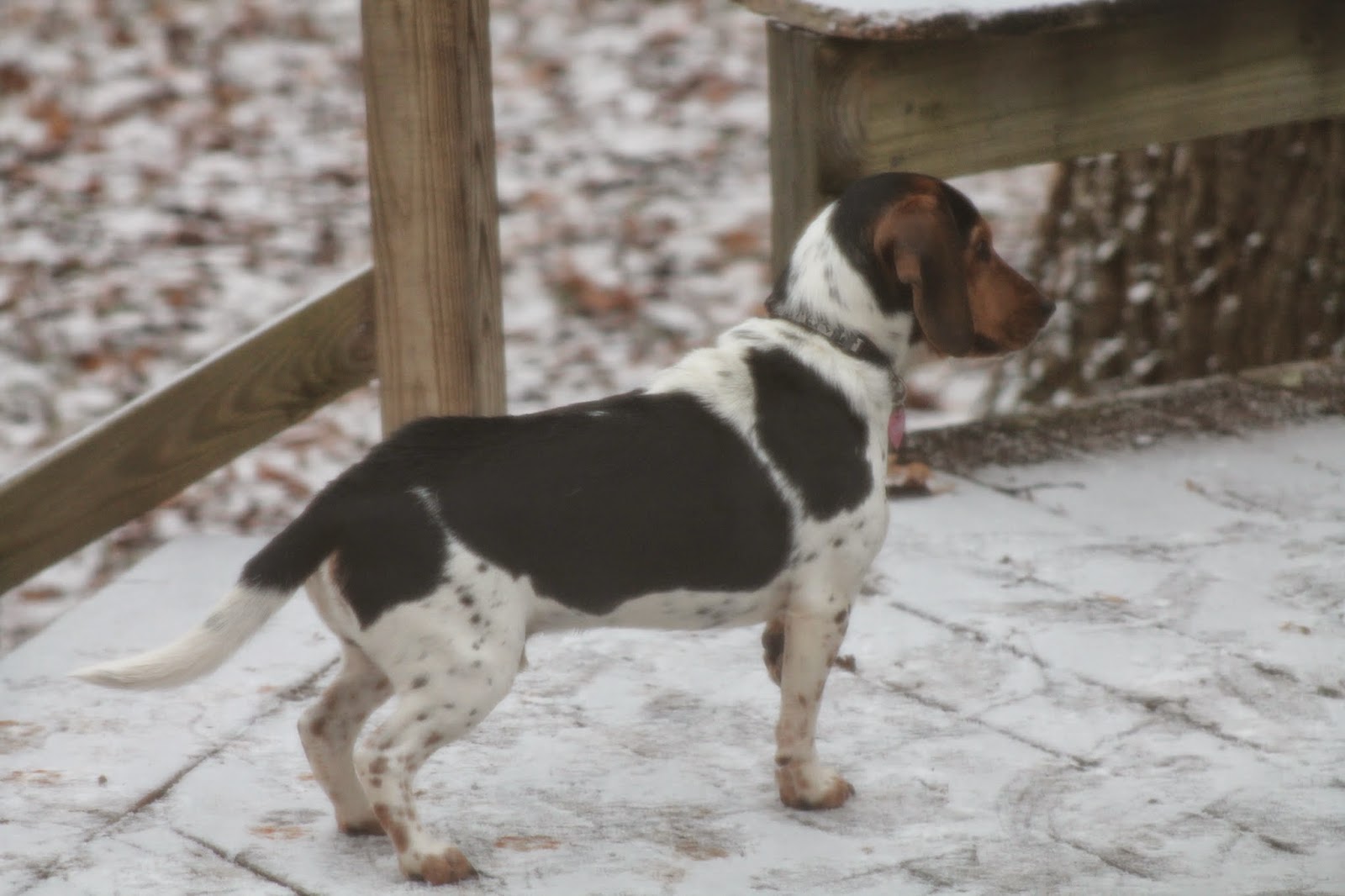 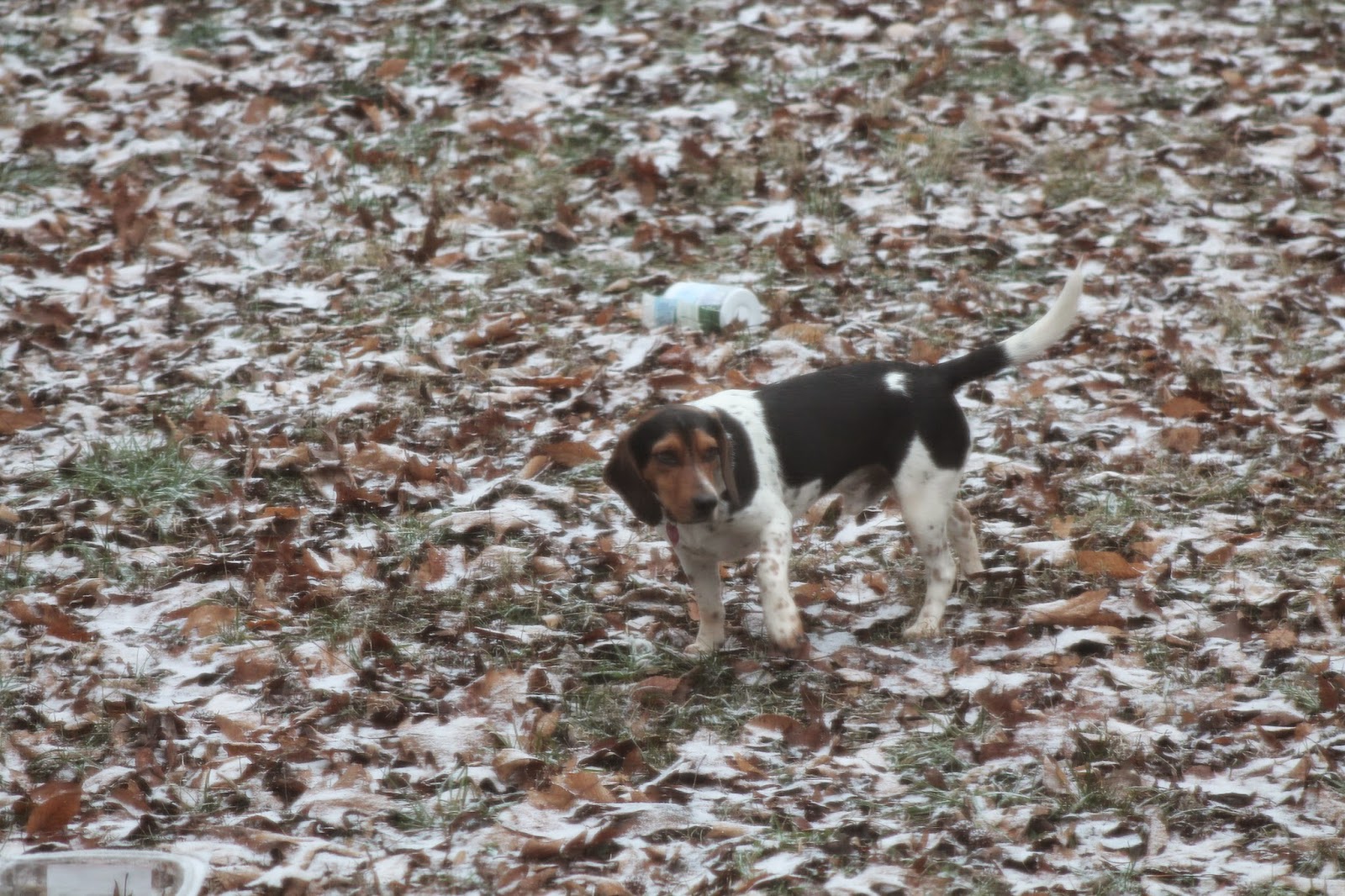 An hour-ish later:
In the living room: 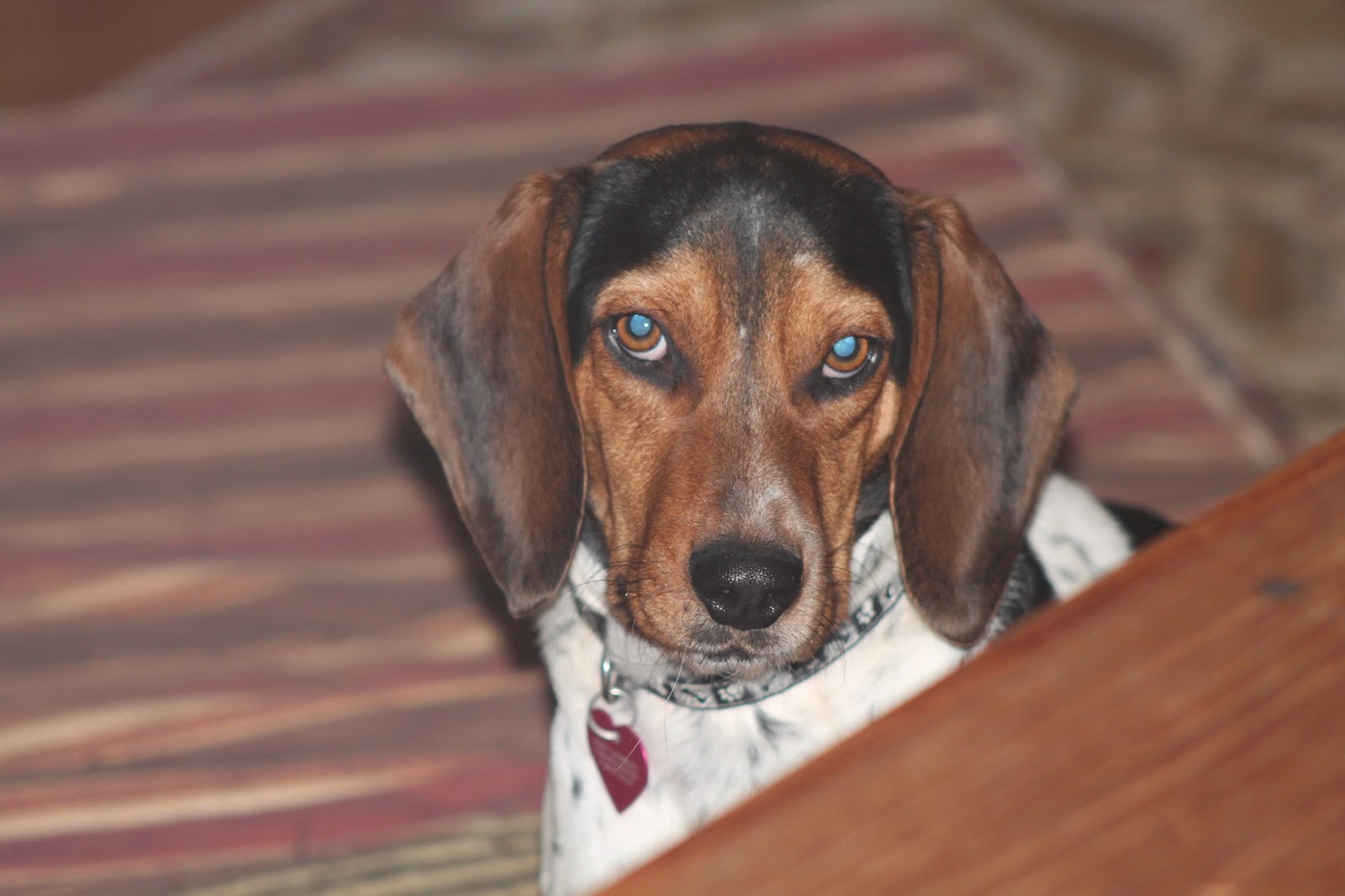 I barricade the back door when I leave so that Buddy & Reggie don't get outside. Buddy will come back thru, of course. But Reggie will not. I went to bed one night and during the night I thought Buddy got up and left. But then came back, and besides, I was sleeping. I woke up the next day to find doggy No.2 on my bath mat. Now I have to say, that I don't usually turn on the light when I first get up. I wait til my eyes have adjusted. But something was telling me to turn on the light & I'm grateful for that part,  so my feet didn't go squish. That would've been a rude "Good morning!" Since then, I make sure he has access to go outside if nature calls! Slight problem--Reggie will go OUT, but not back IN. So if he goes out, he'll stand outside with his head poking thru, barking. I'll wake up to his barking & think, "What is he barking at?" (Yes, I always end sentences with prepositions in the middle of the night). And then my sleepy brain says, "Deer." And then I call out, "It's just-a-deer, Reggie. They don't want to play with you right now. They're sleeping!" This prolly sounds like drunk-talk. Actually, I've woken myself up calling out to him. Anyway, it's all preferable to waking up having to clean something first thing!  Other than that little . . . mishap, all is well! Buddy isn't trying to dig his way out--but I don't want to get any false sense of security. I always keep my eye on him when he's outside. The chicken wire is holding up. Eventually Lawnmower Ben will come with the rock dust & we'll get the back yard cleaned up. But for now, all is well!  HAPPY Monday & HAPPY MLK DAY!  :-)

P.S. Cute thing nephew RoRo said over the weekend when he heard a disagreement, "Martin Luther King said there's a peaceful way to solve your problems."  LOVE this 4 YO!