Sorry this post is so late! This is Reggie when I let him out of his crate: 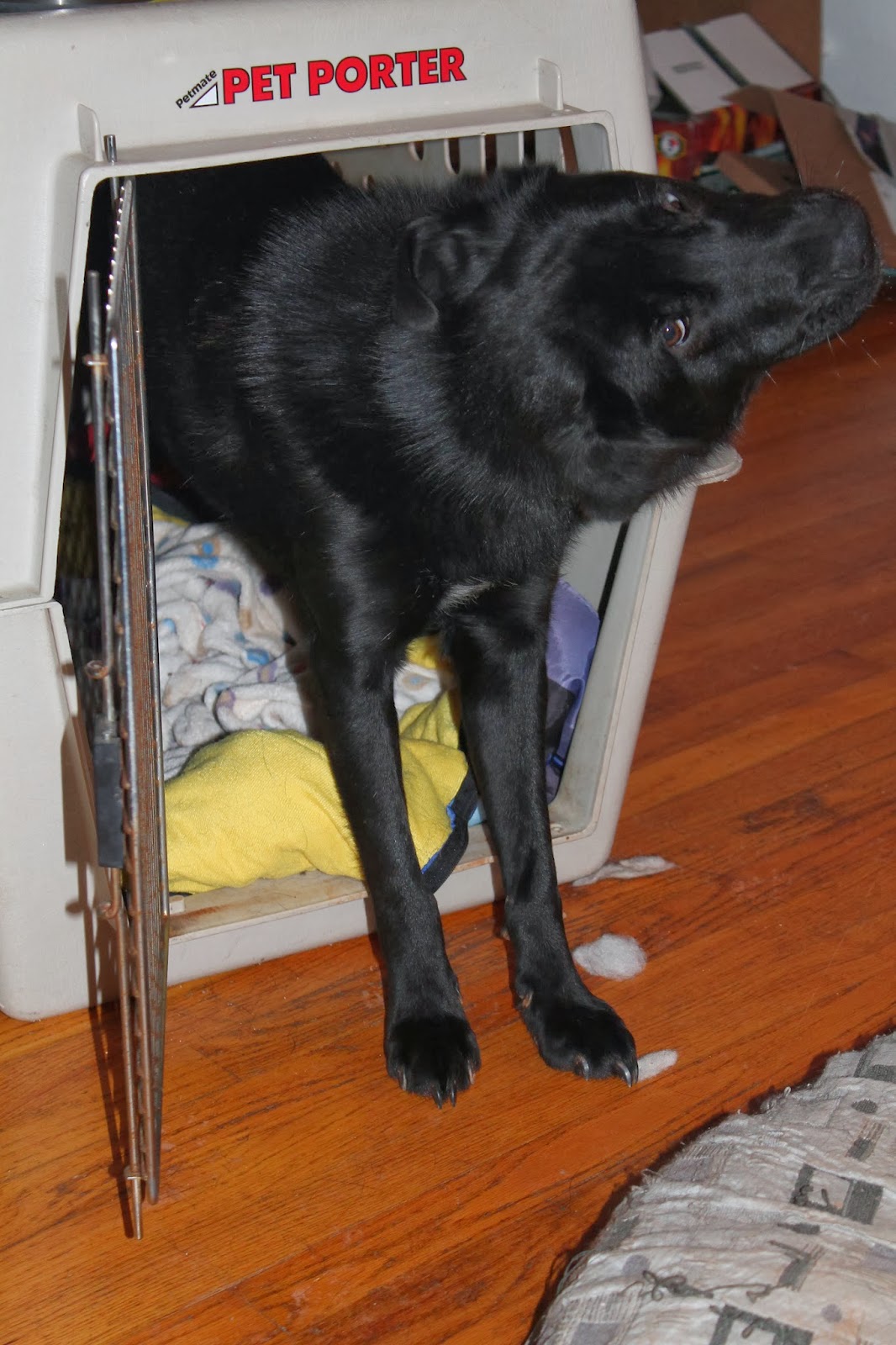 Whenever I go outside, Bingo looks out after me thru the cat door:
This was new to see:
Outside: 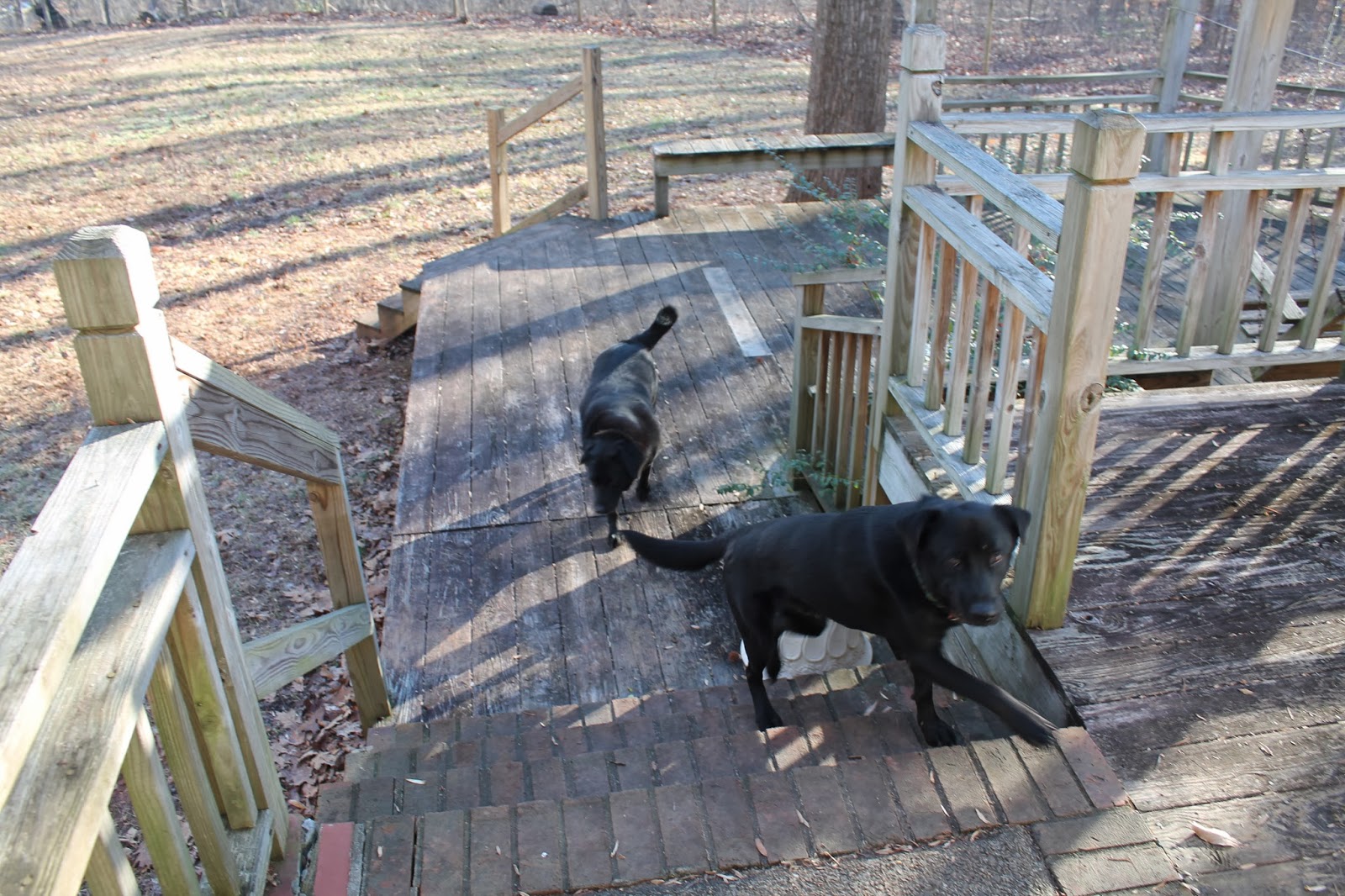 Romping on the Back Deck 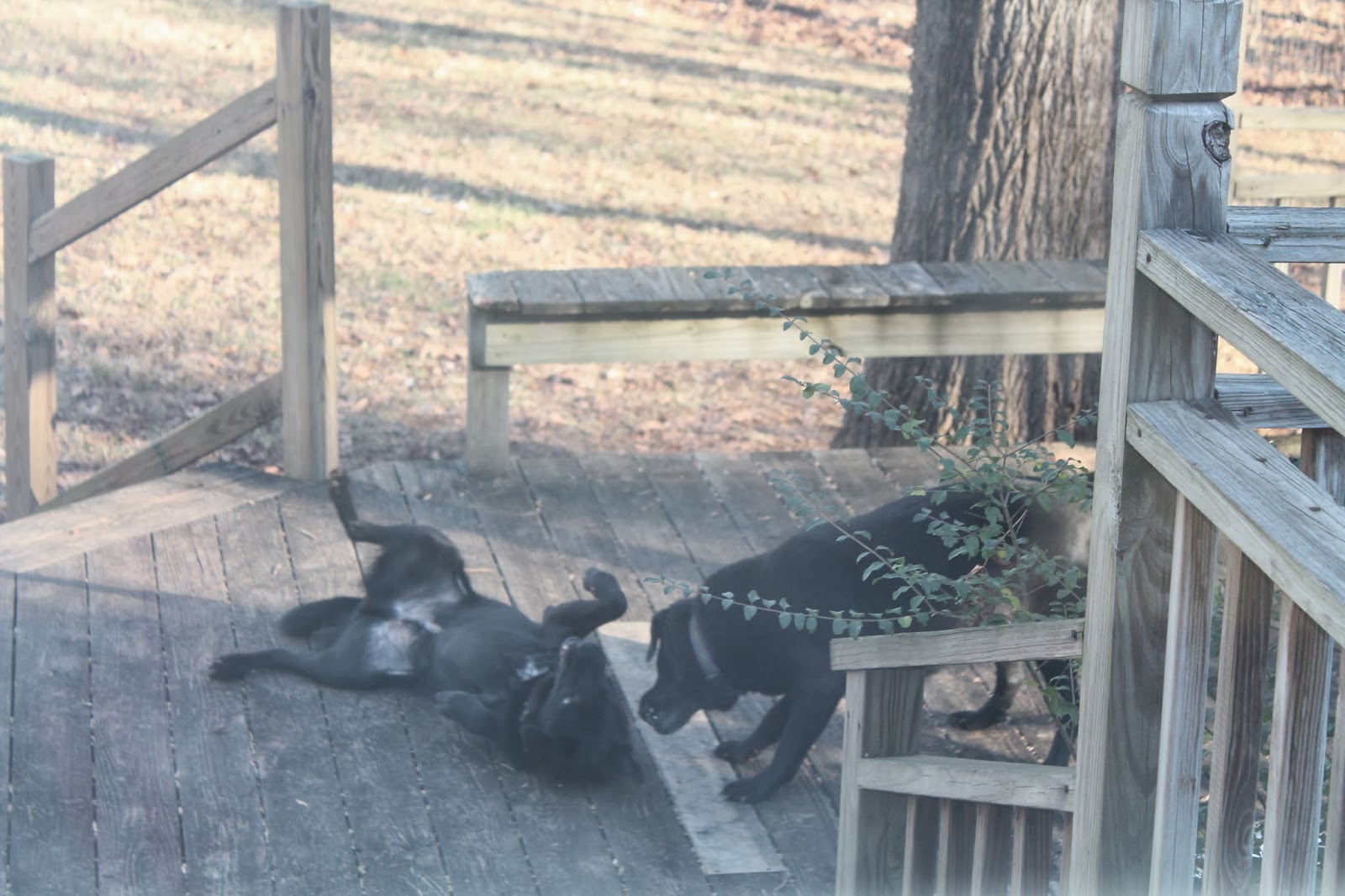 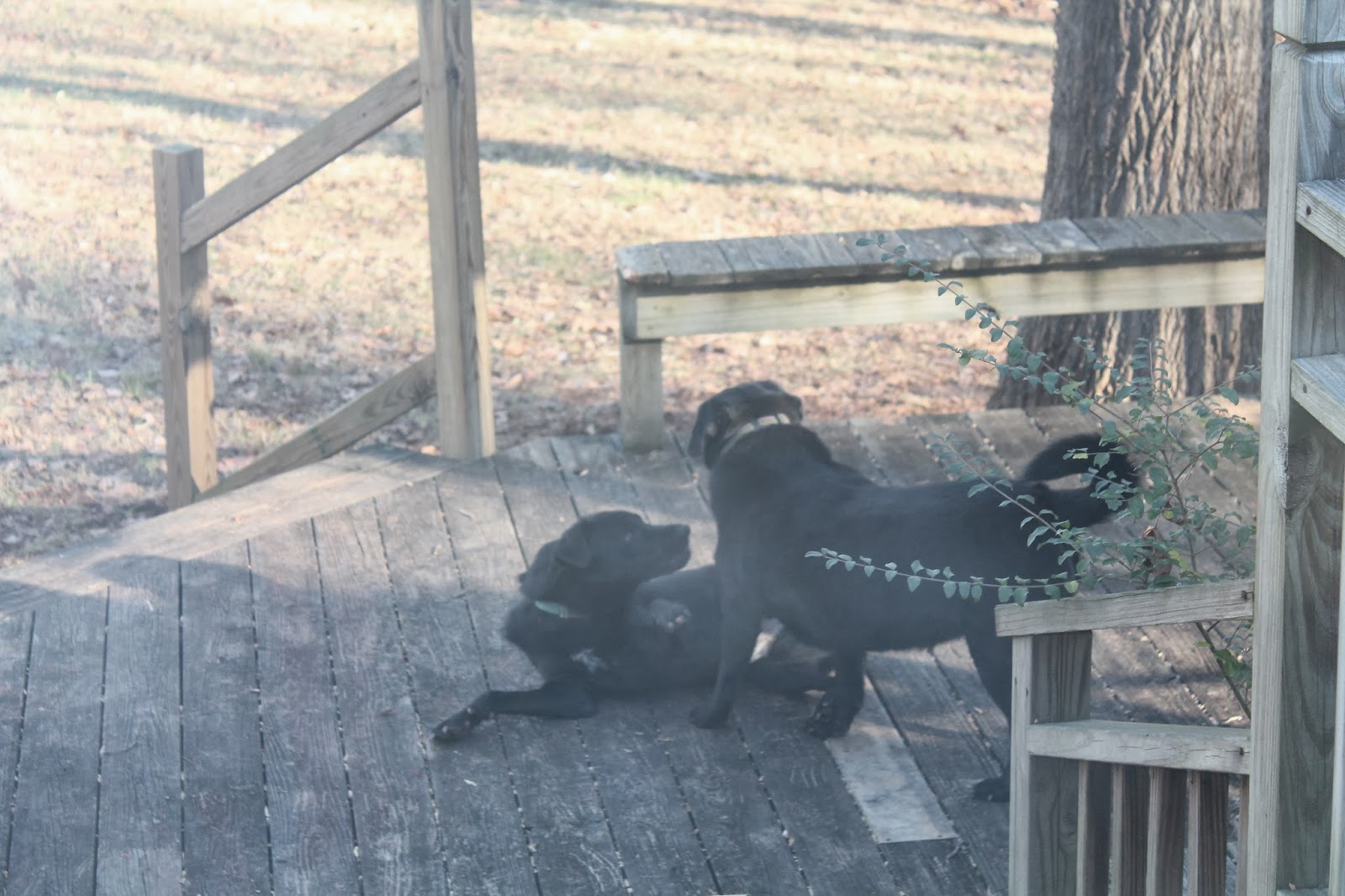 When they're outside, I whistle and they both come running:
I was out of town this weekend, so Bingo & Reggie went to the Wilton Hilton. Here they are when I came to pick them up: 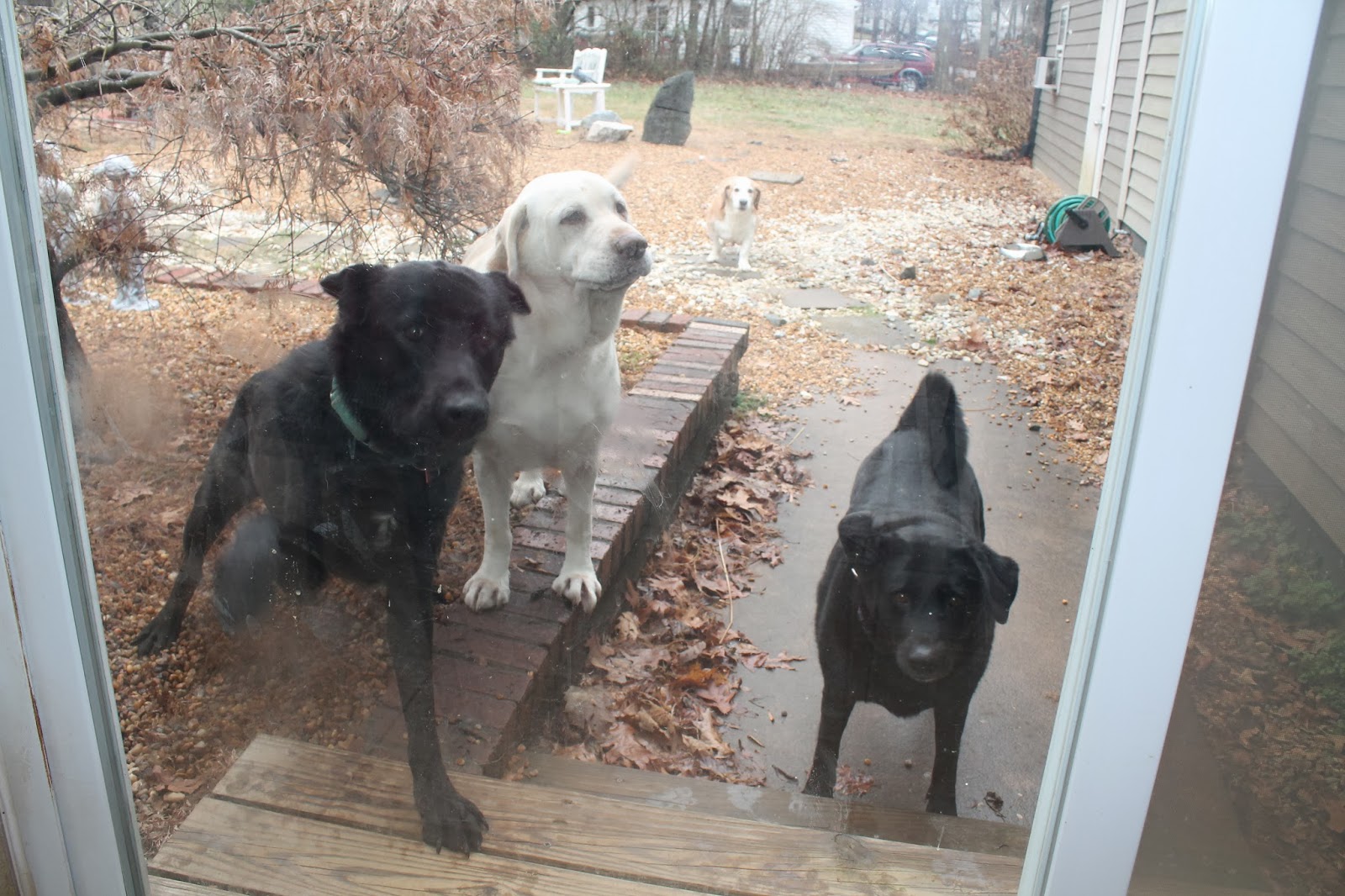 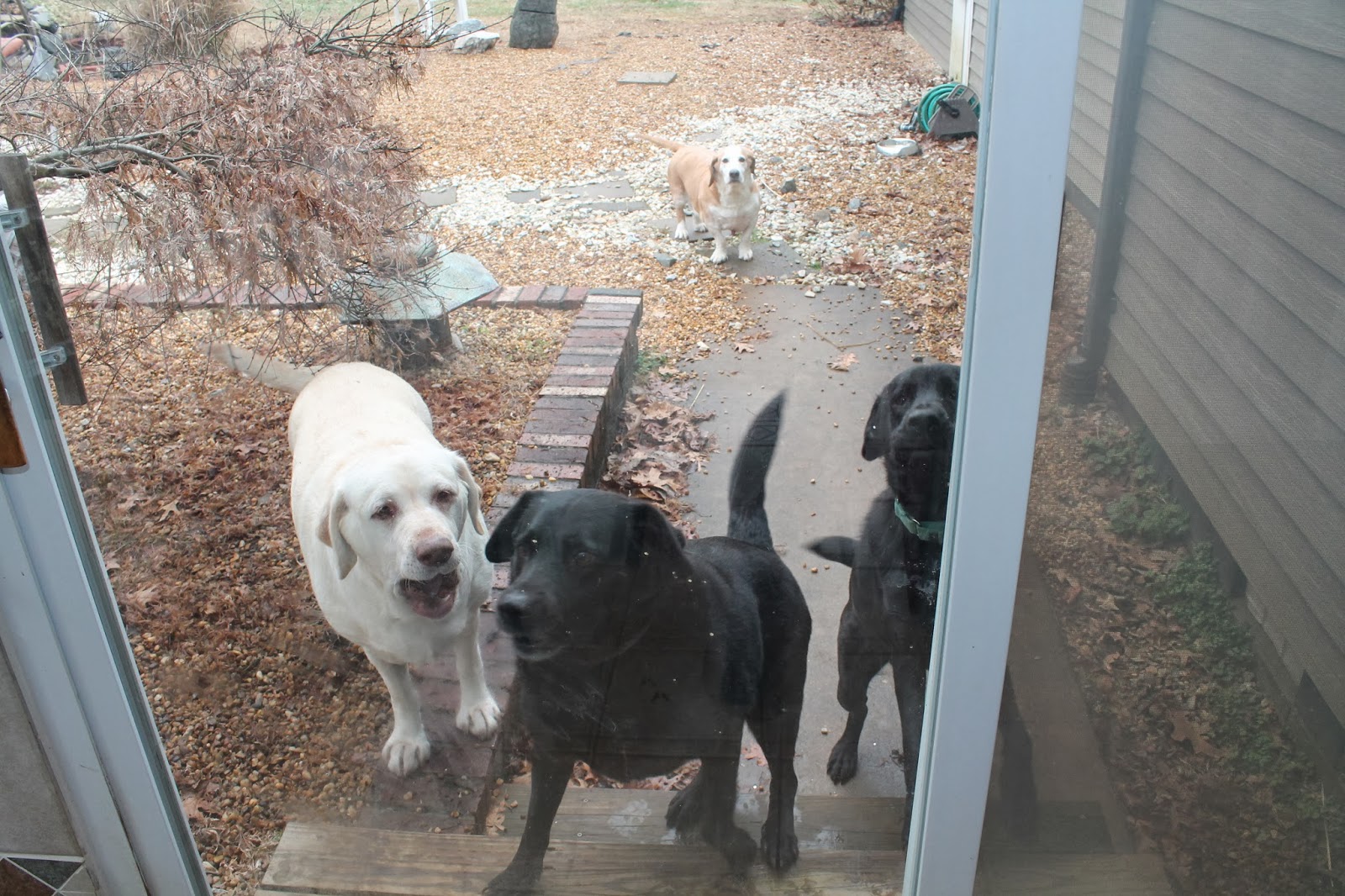 All loaded up in the car & on the way: 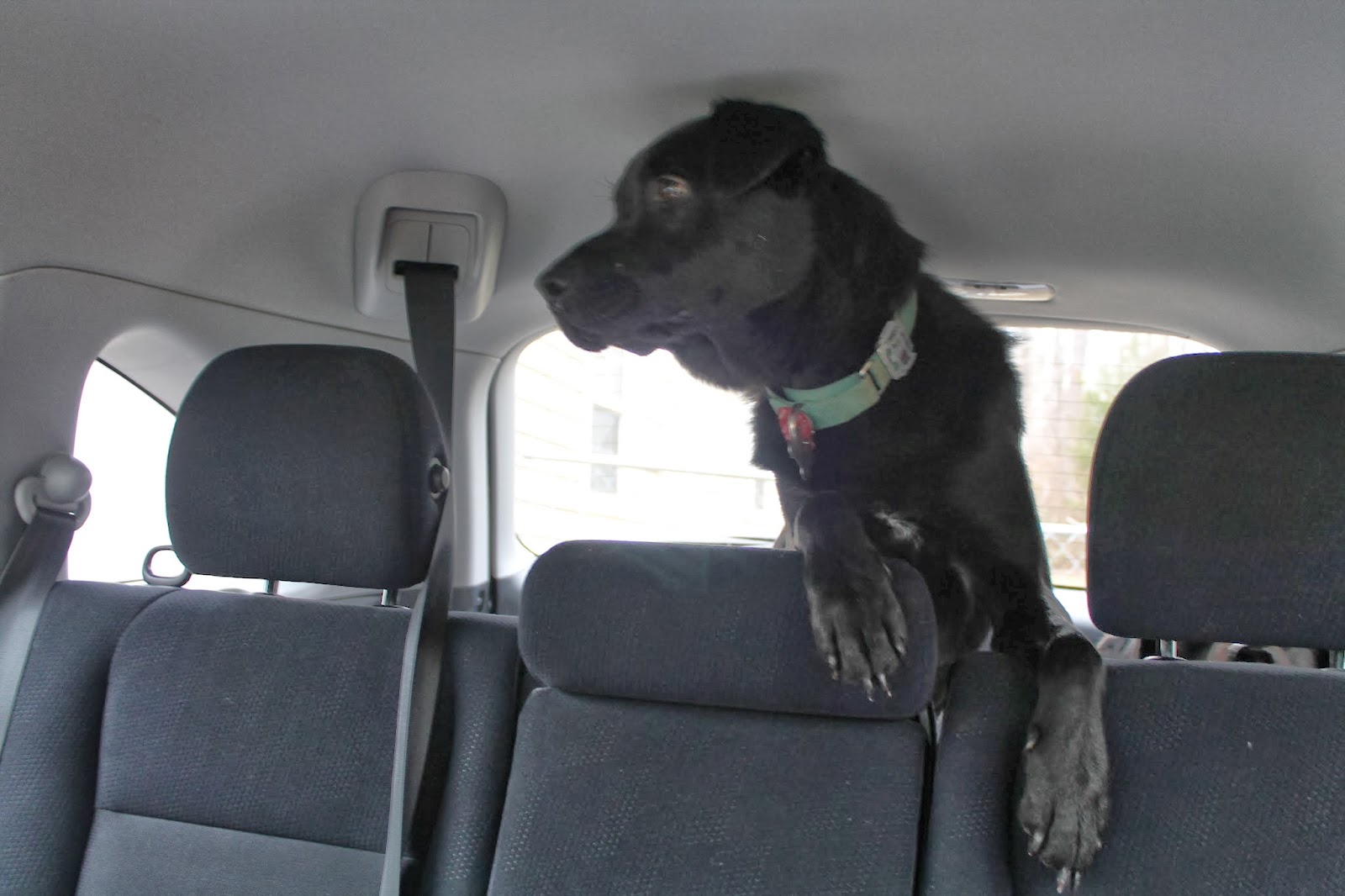 Today Bingo and Reggie spent quite a bit of the day outside. I leave the door open for them if they want to come in (not such a big deal with a wood stove). Anyway, I looked out and Reggie had something dangling from his mouth. I thought, "Did he take one of his toys out there?" No. I looked a bit closer to discover that he had caught a rabbit and was eating it. Ewwwww! Bingo was slinking around him, but Reggie was not sharing! I will spare you the gruesomeness of nature, and instead finish this post with some pix of Bingo: 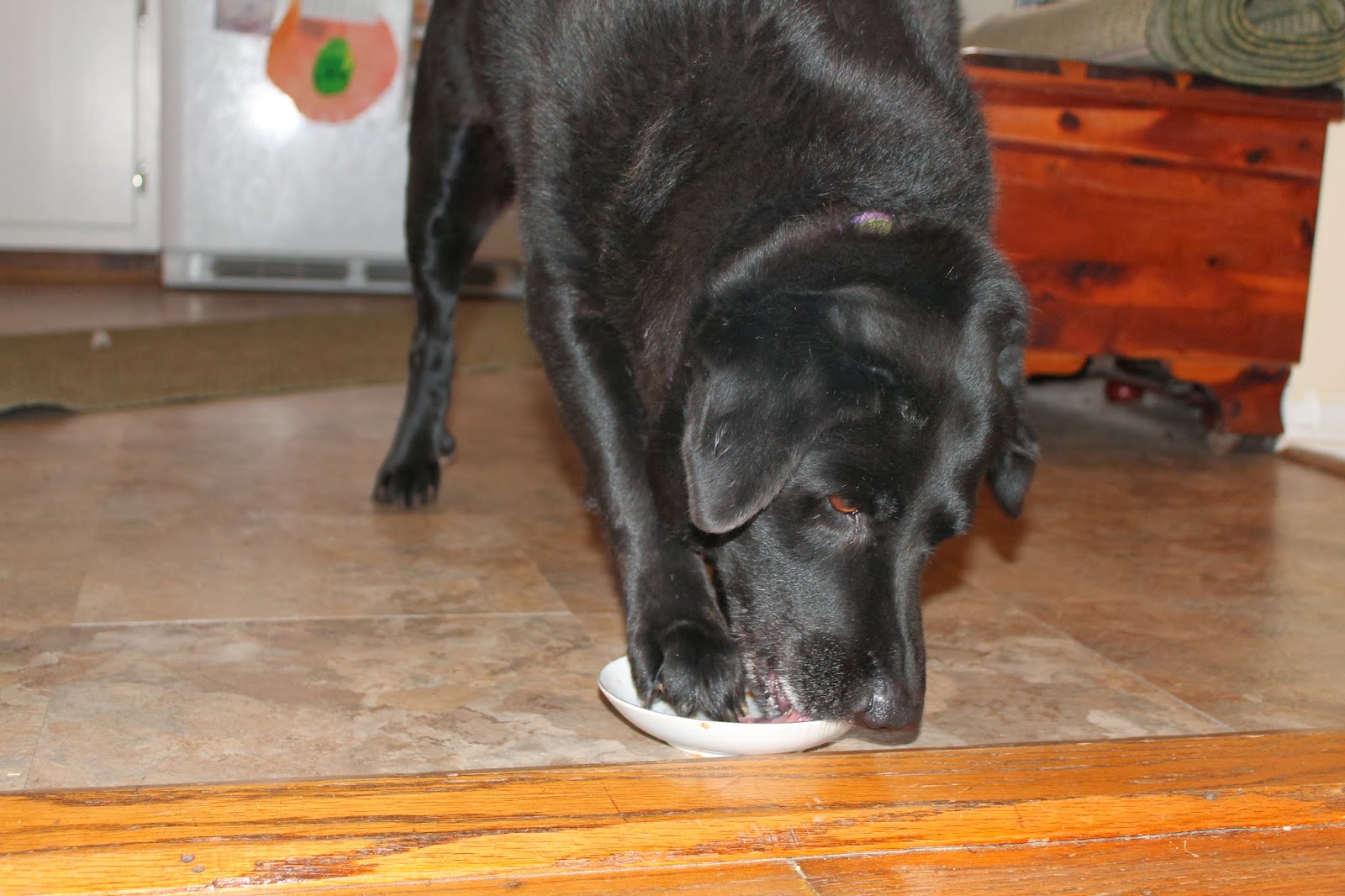 Posted by Hali Chambers at 6:04 PM