I was thinking about it, as I was cleaning up shredded doormat, that this little beagle boy of mine has done more damage than all my previous dogs put together. But we won't hold that against him because he's so CUTE.

Here are my boys, chillin' on the back deck: 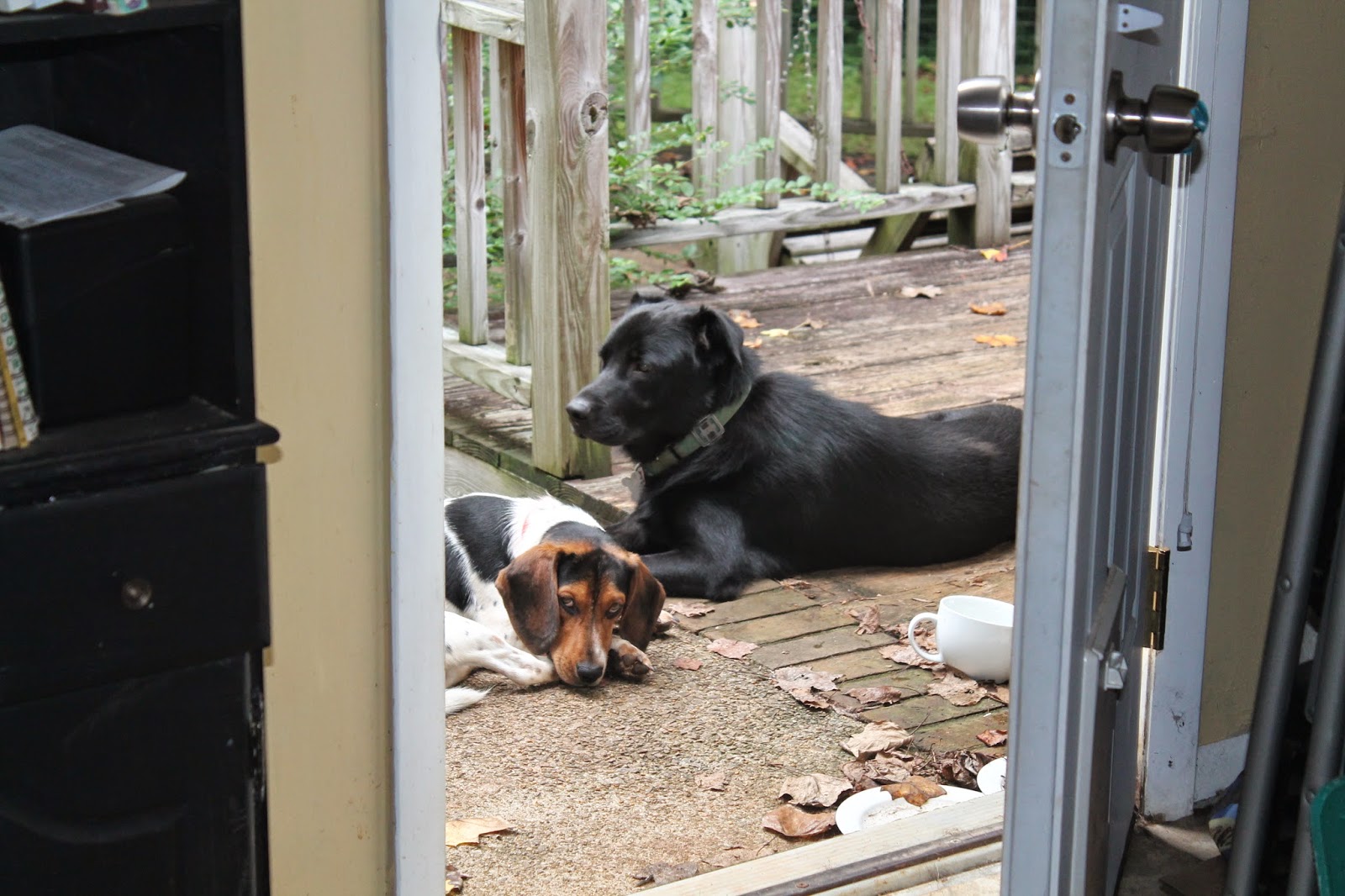 These 2 are so cute together and so happy! 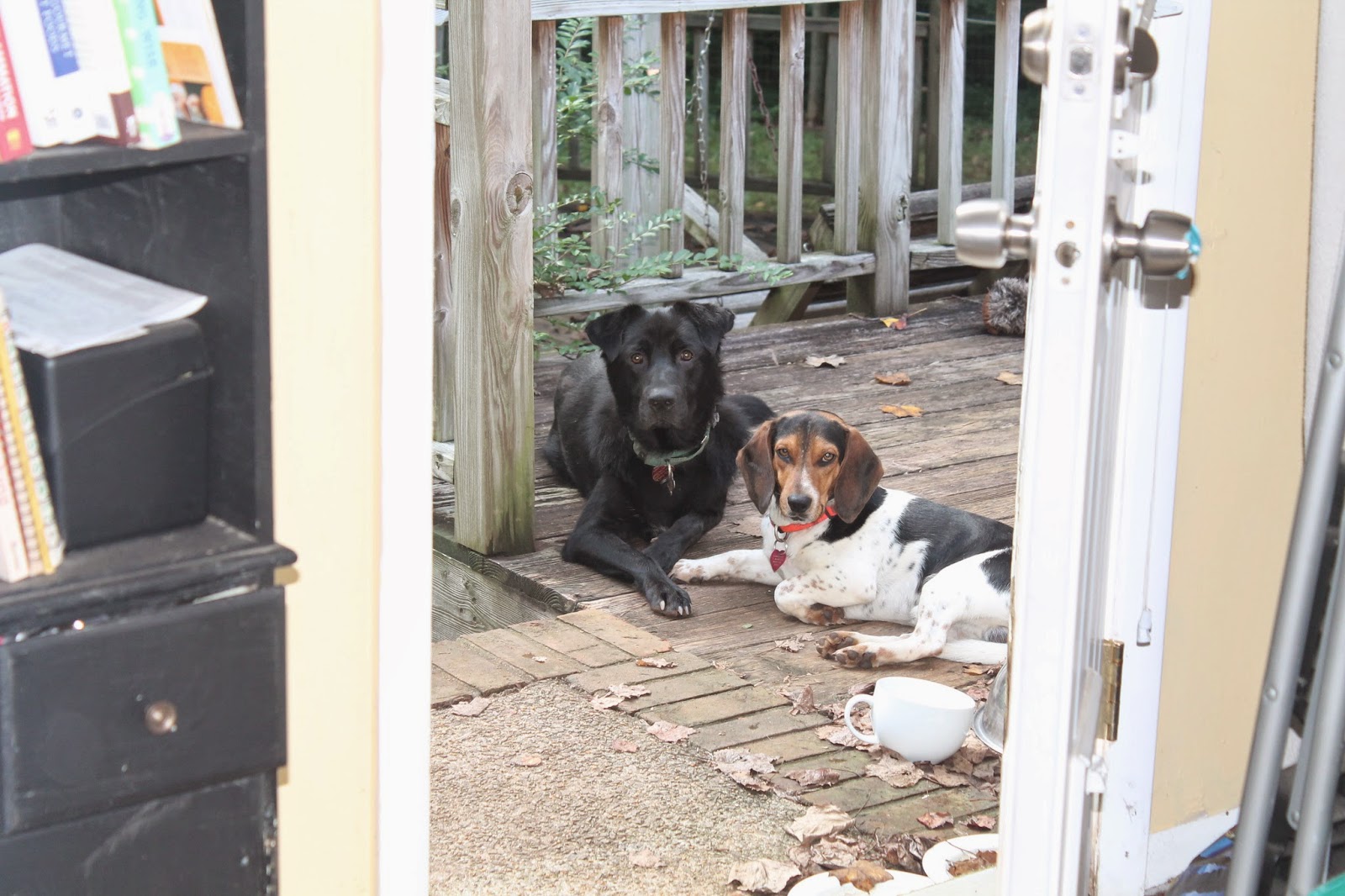 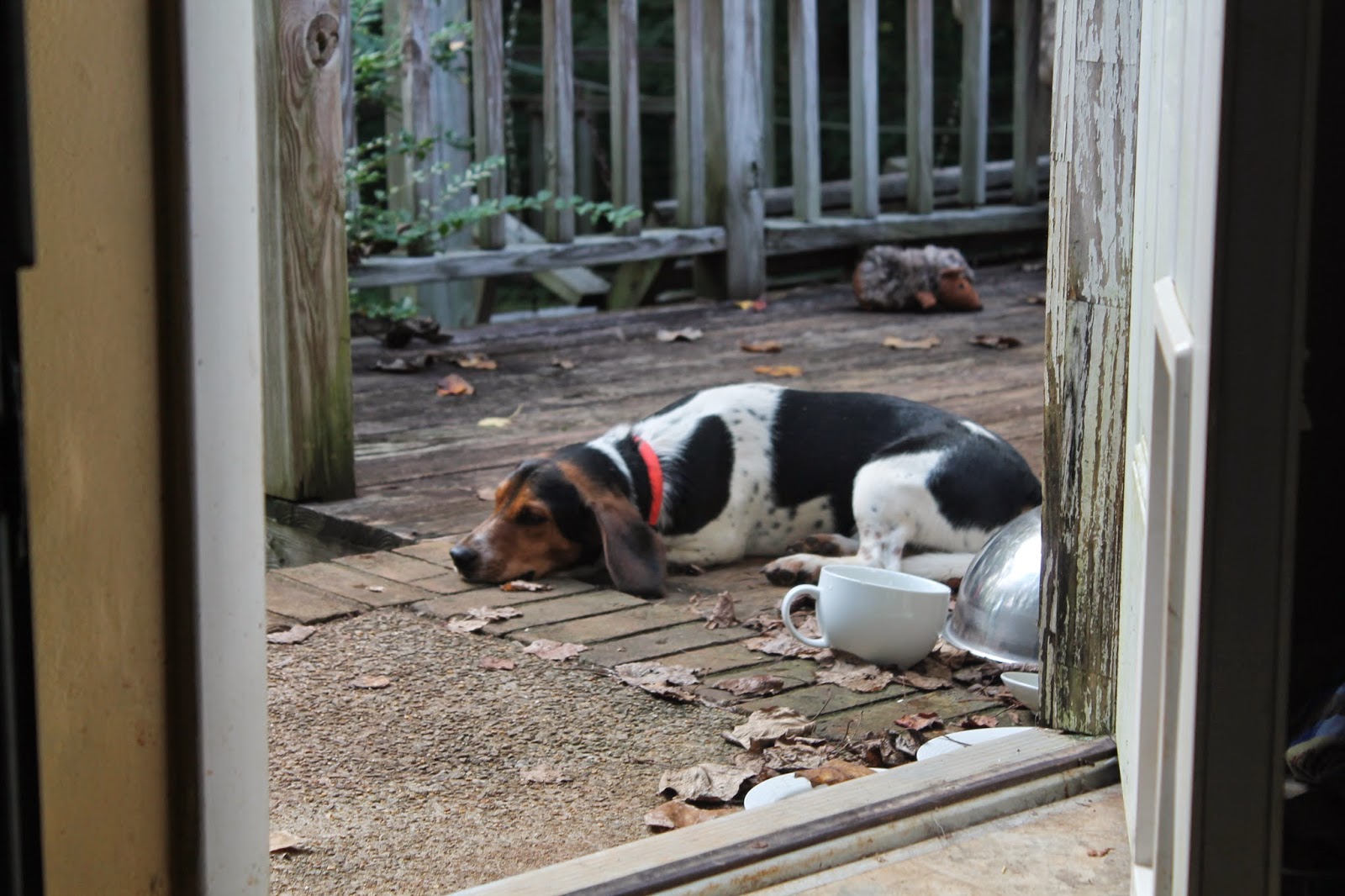 You can't tell, but there are deer in the woods & Reggie is woofing and Buddy is roo-rooing and they are running back 'n' forth.

And then there's this:
In the living room, even tho Reggie gnawed on one of the arms, I try to keep the sofa clean & protected. I have TWO layers of drop cloth canvases to keep it covered. Except this:


Here's Bingo being the good girl she is: 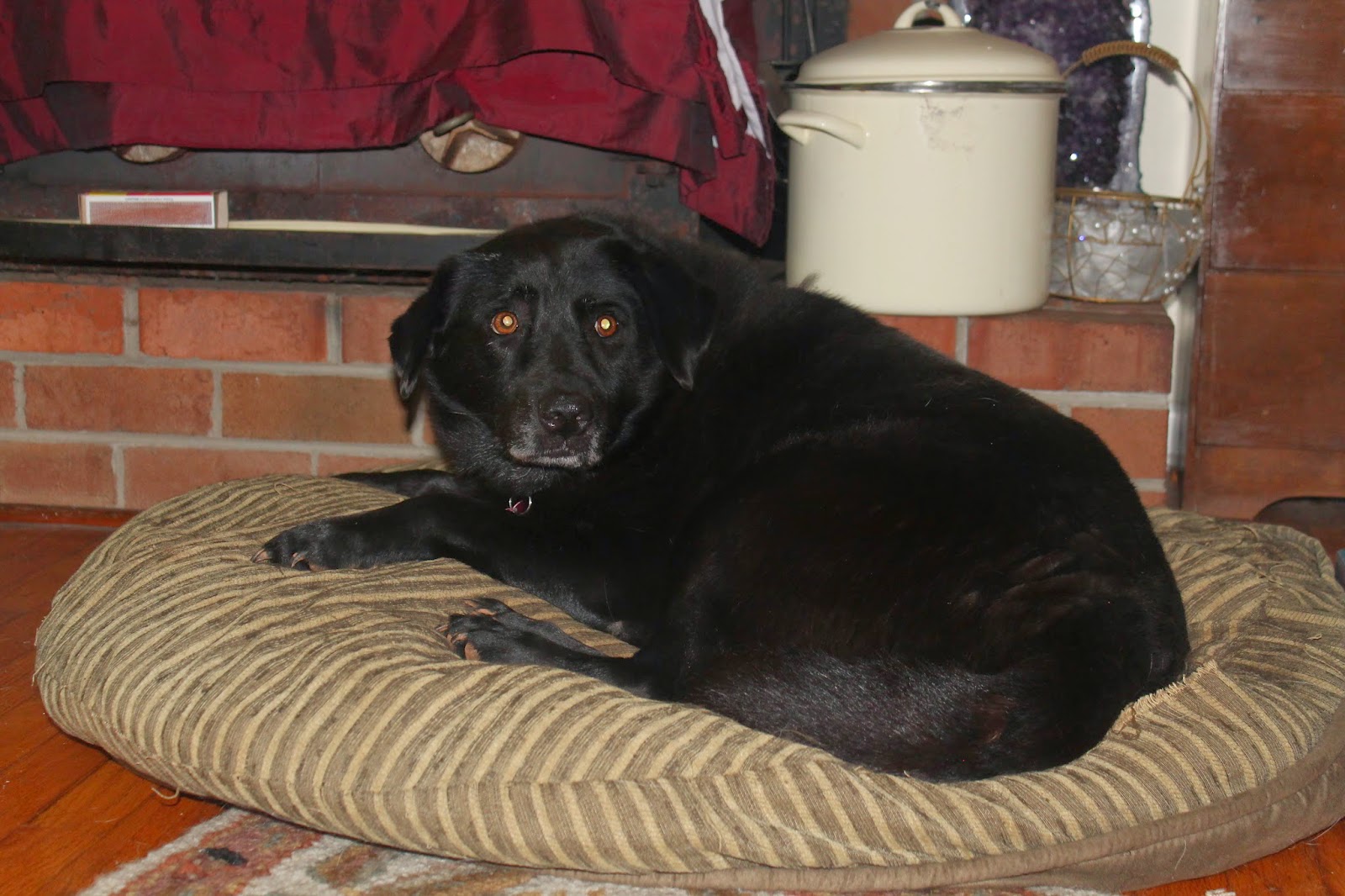 And then this:
Here's Buddy in the boudoire: 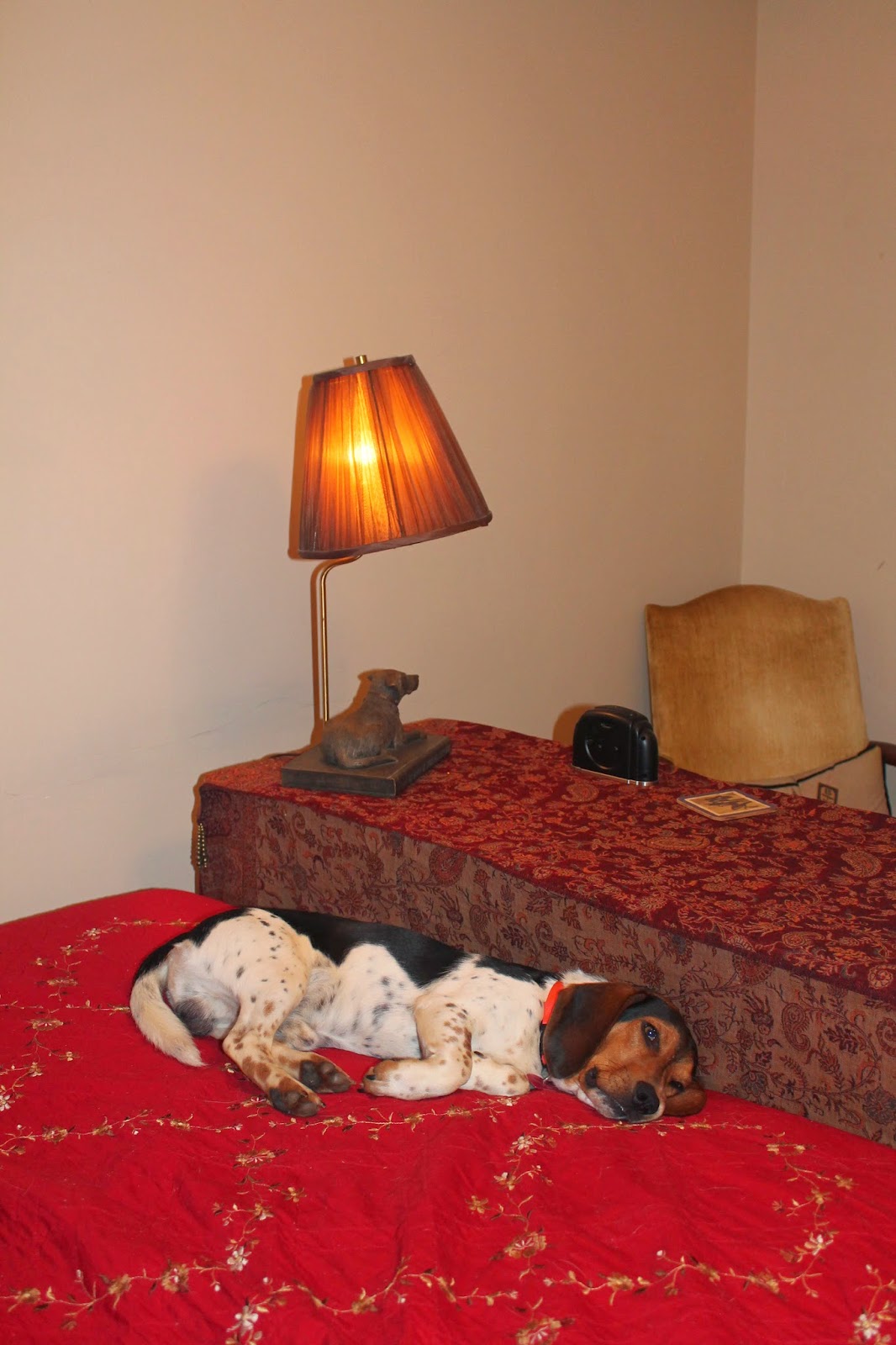 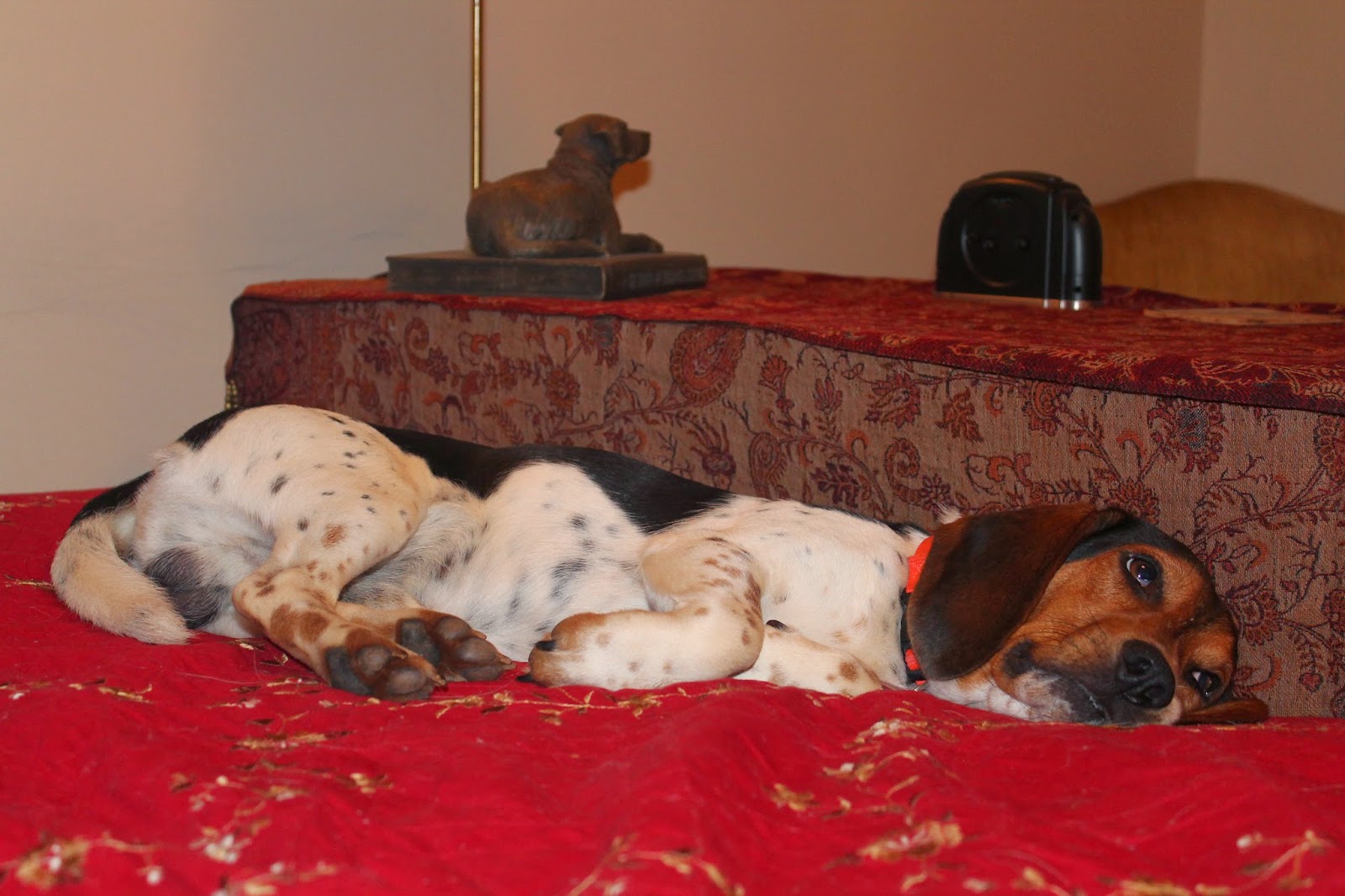 Mari gave me some marrow bones for the dogs. THANKS, Mari!  Here's Bingo: 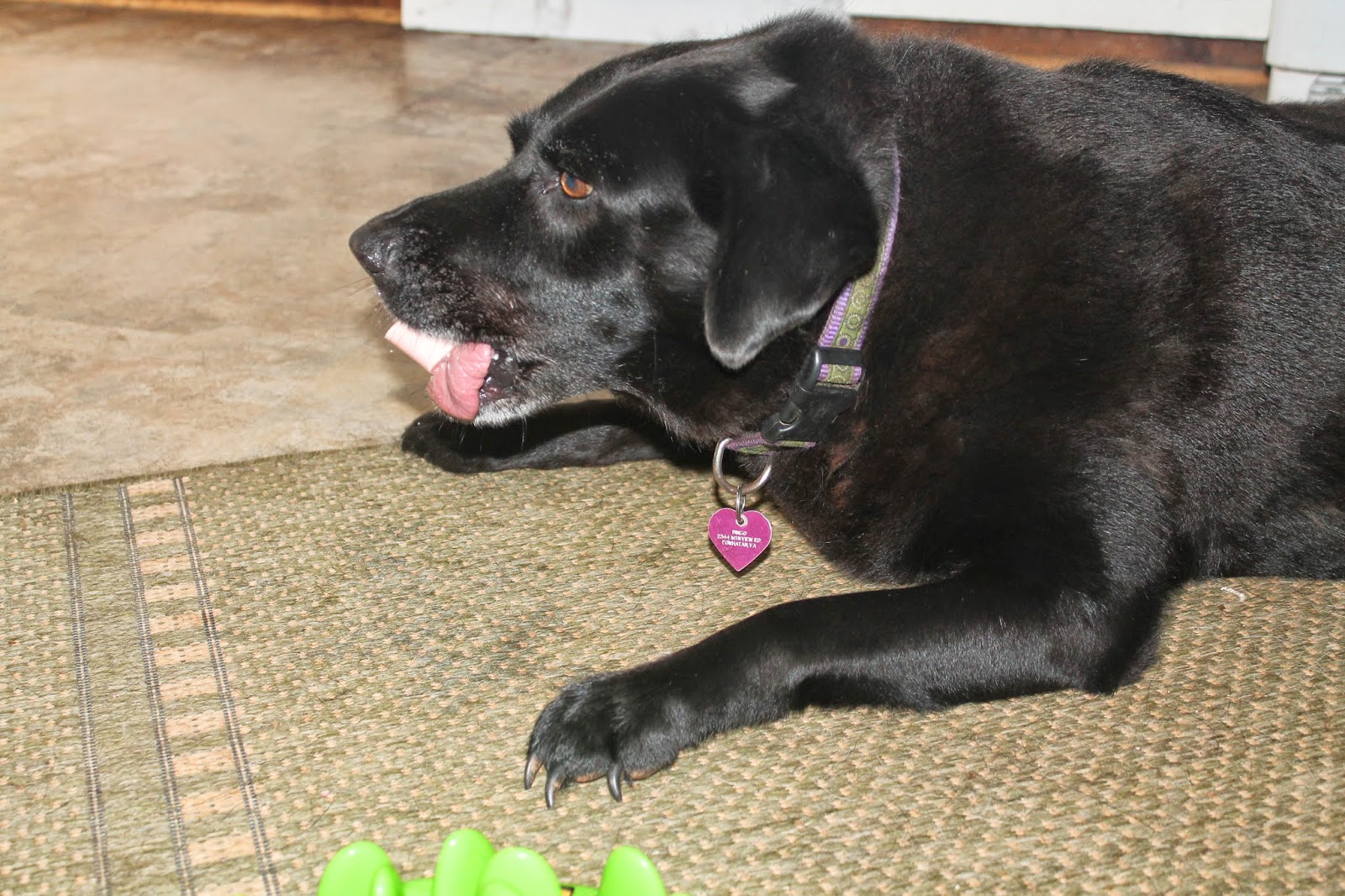 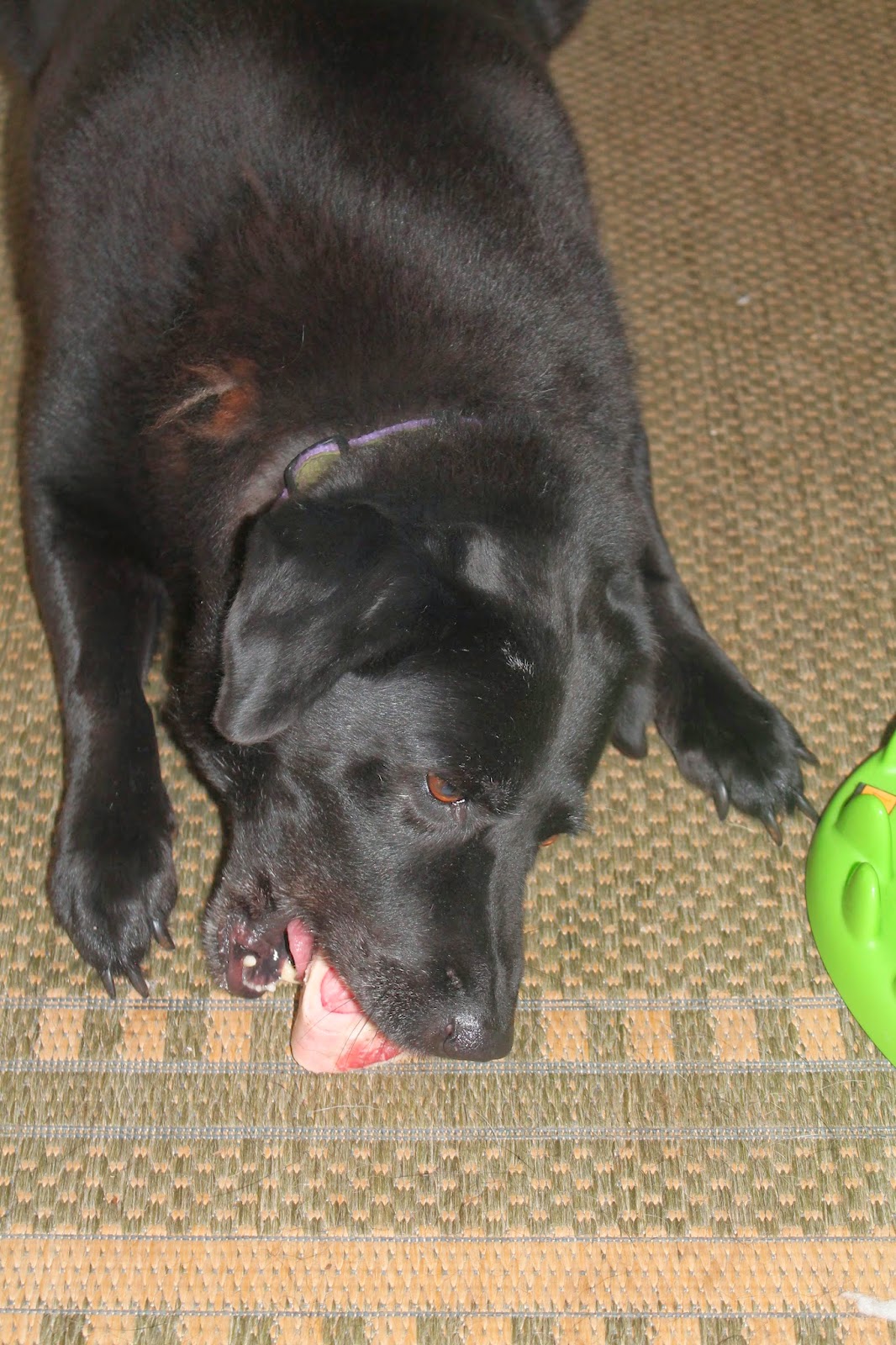 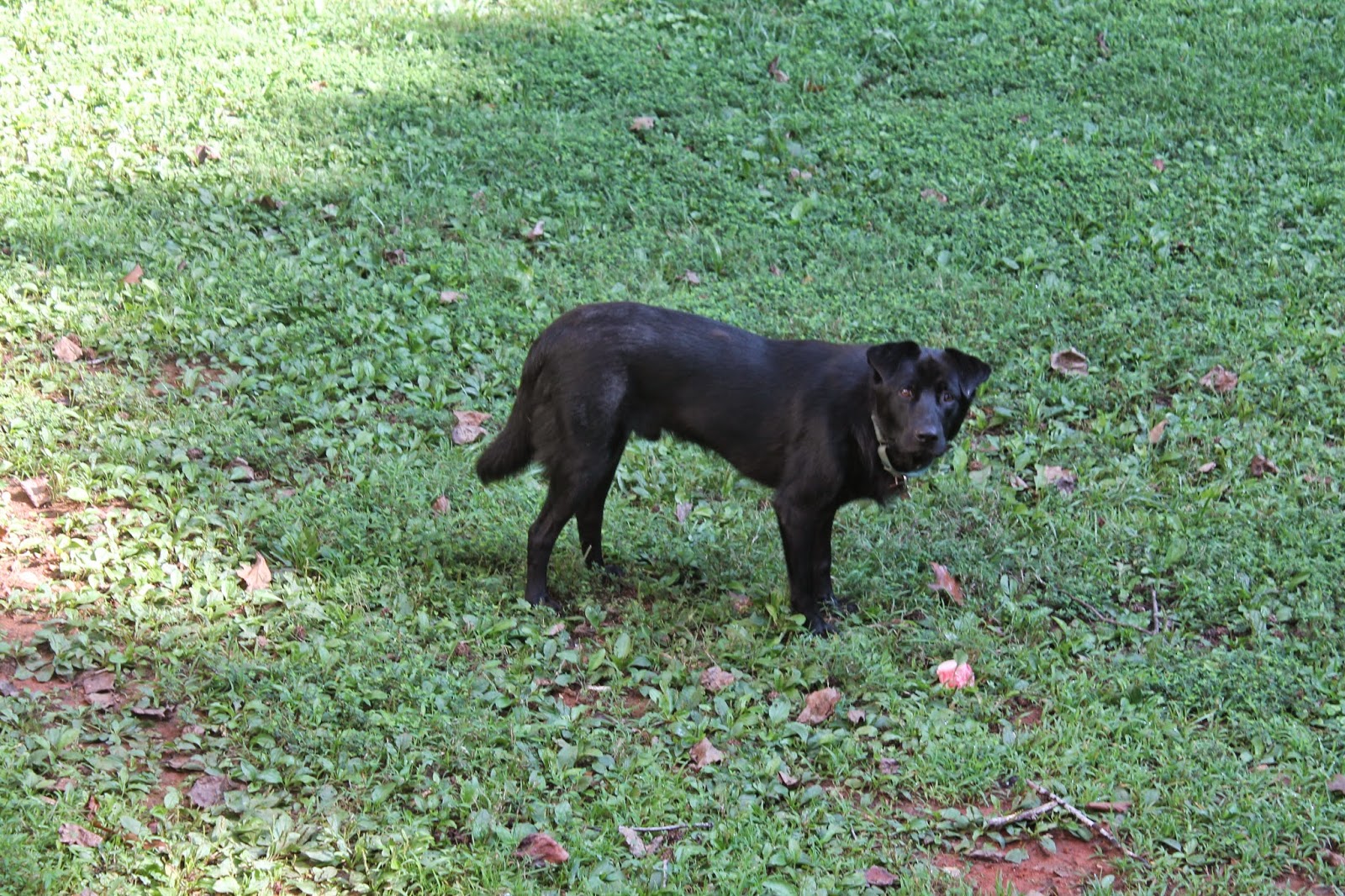 Aaaaaand here's Buddy:
So I led Buddy outside with his: 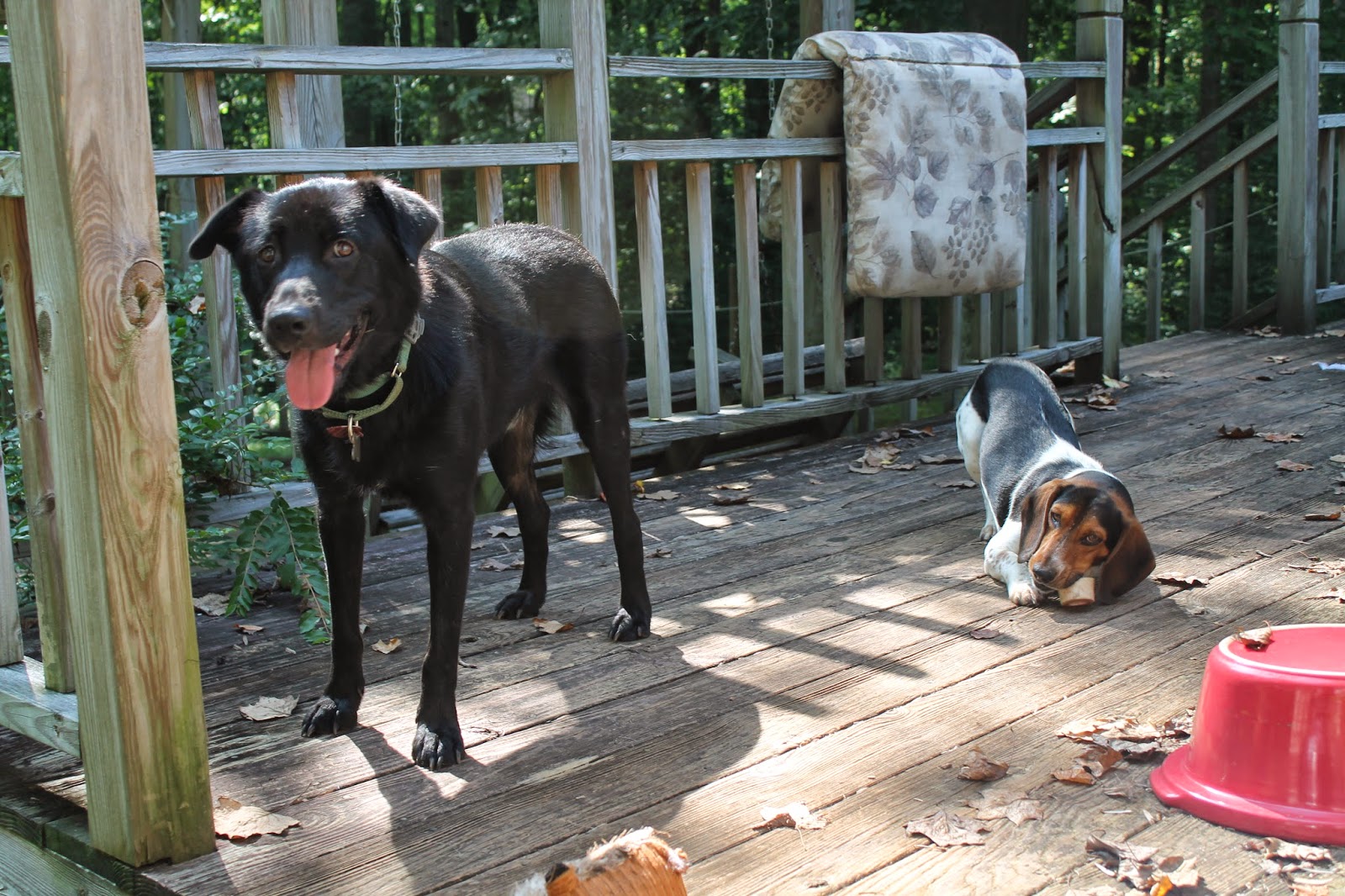 Mari also turned me on to Noosa, the BEST yogurt!  So I got some & then let the dogs lick out the containers. I had to wait until I'd eaten three before I could give them each one. Here's Reggie with his: 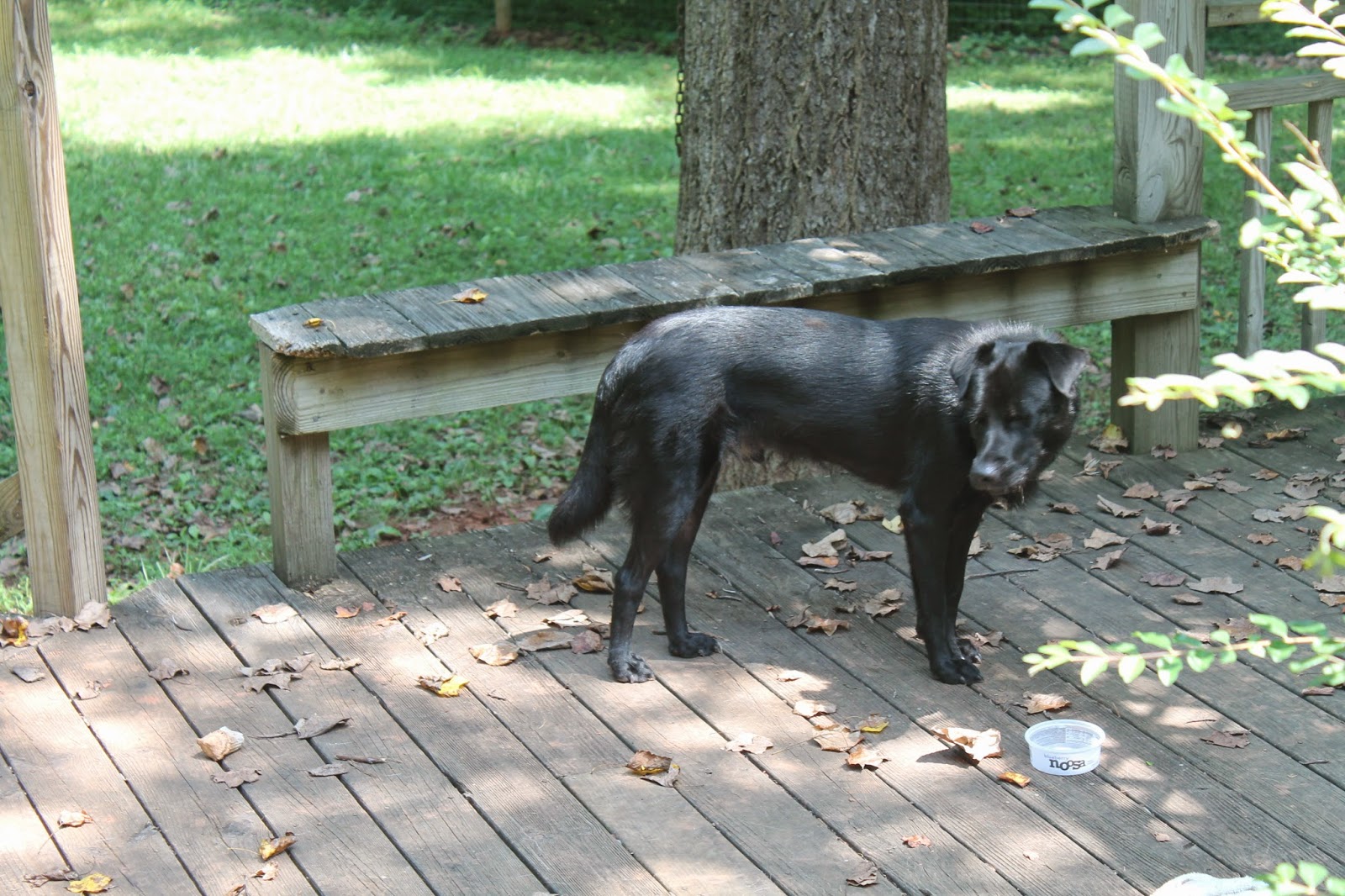 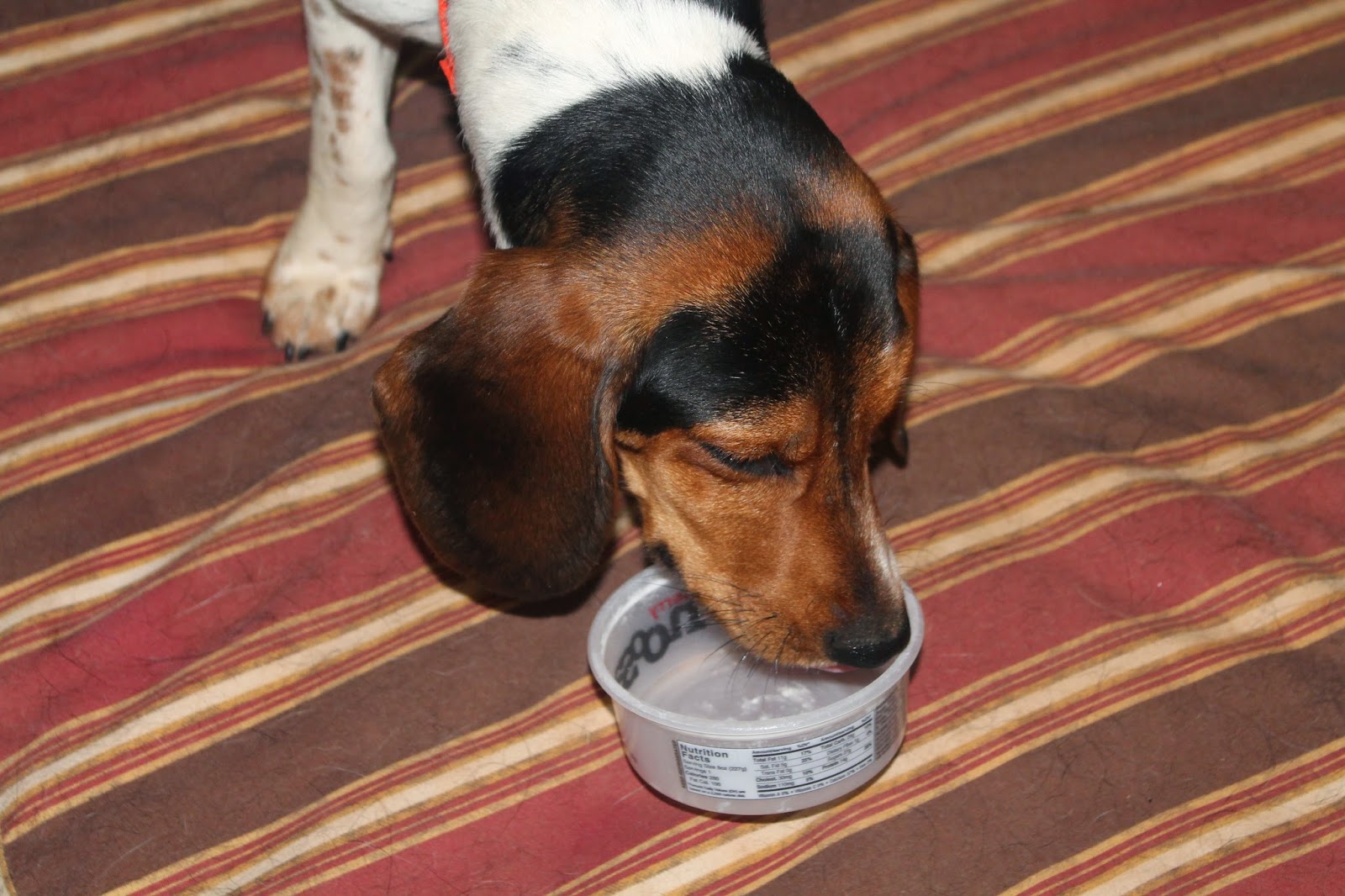 Bingo was under the kitchen table, & I didn't get a pic. But here she is in the office:
Look who sat next to me!
Buddy on the COVERED sofa:

This is typical of Reggie:

I can't remember the circumstances, but I was going to Rita's & she said, "Oh, no that's all right. I'll come there." 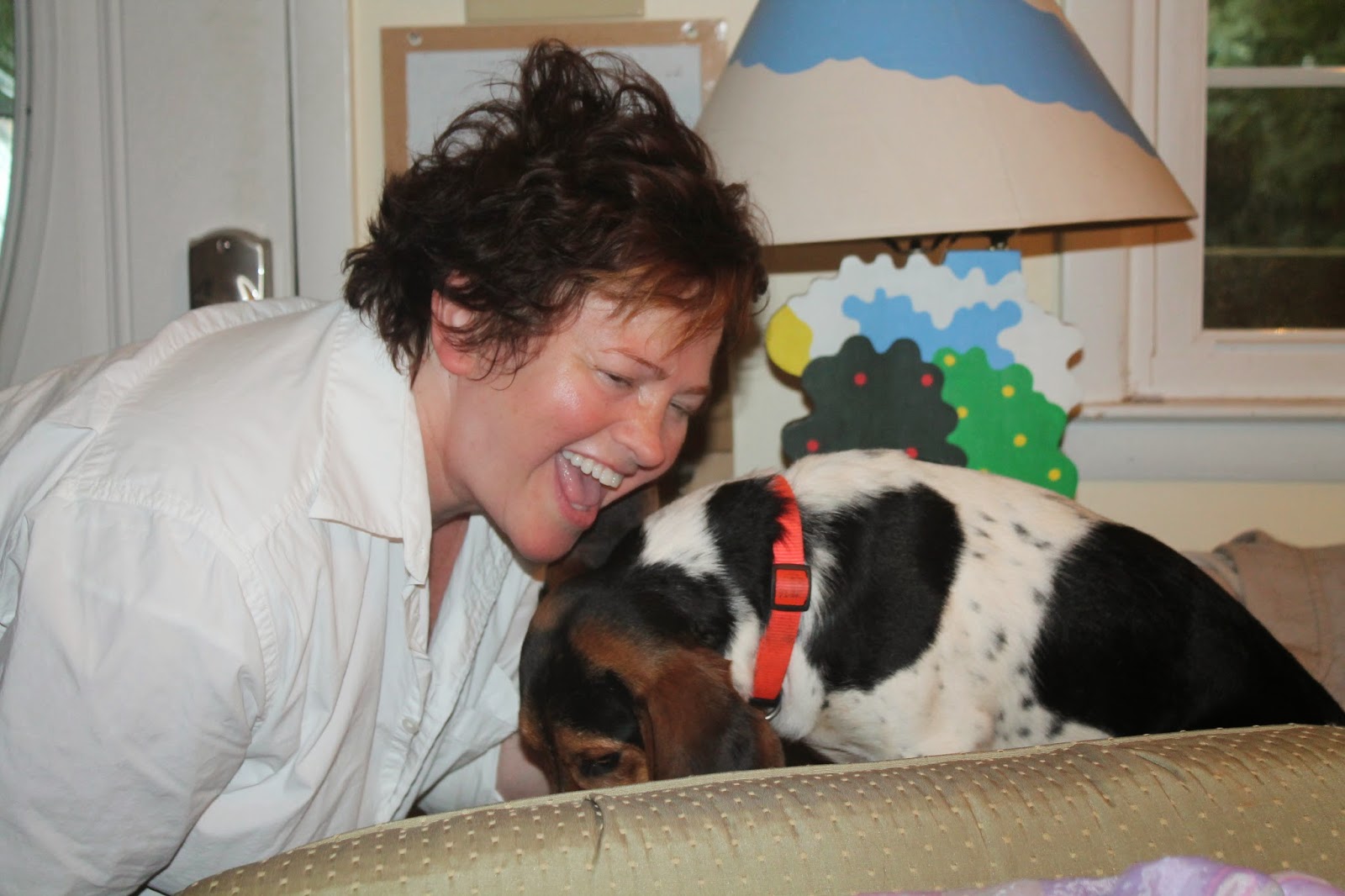 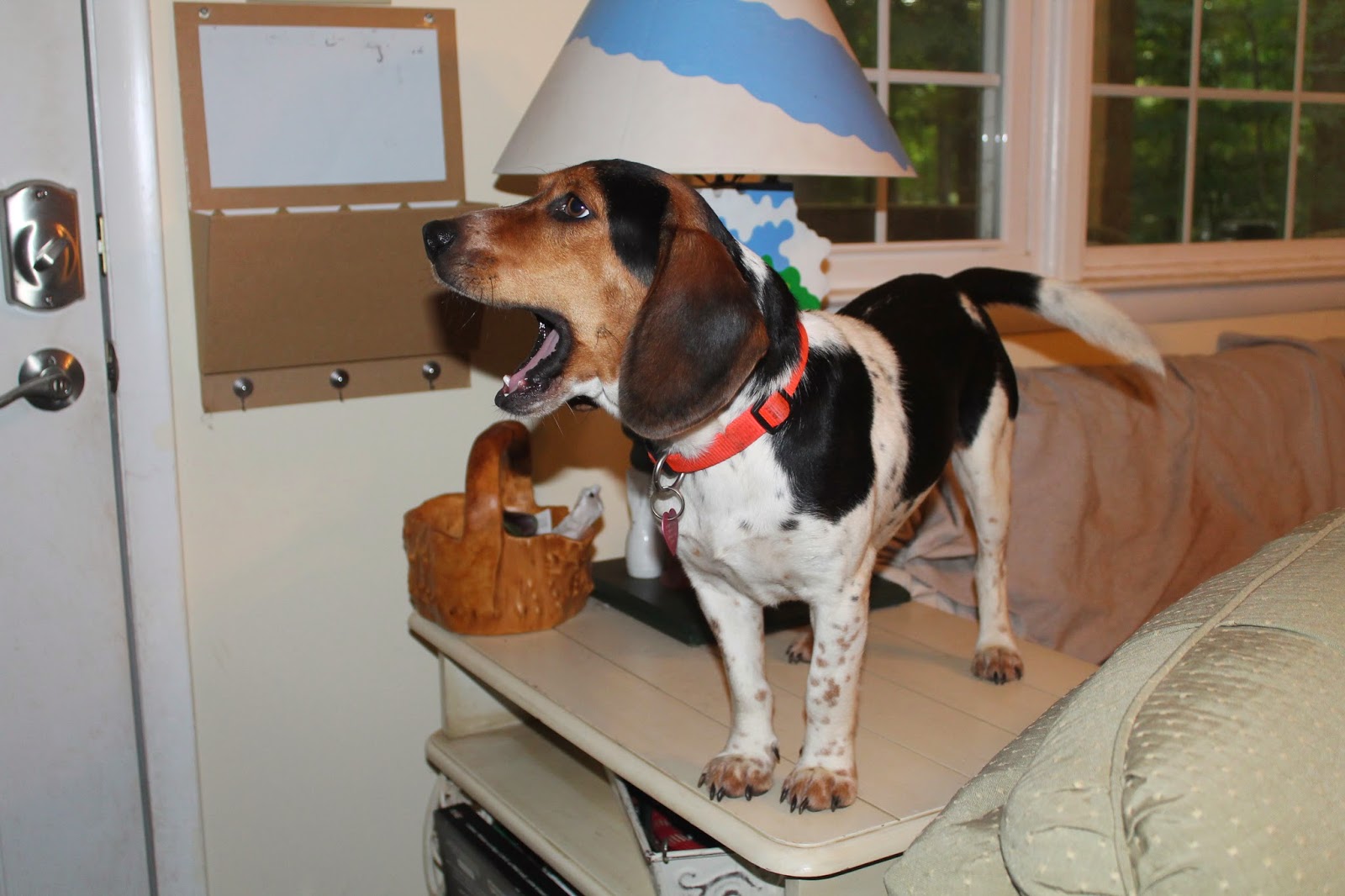 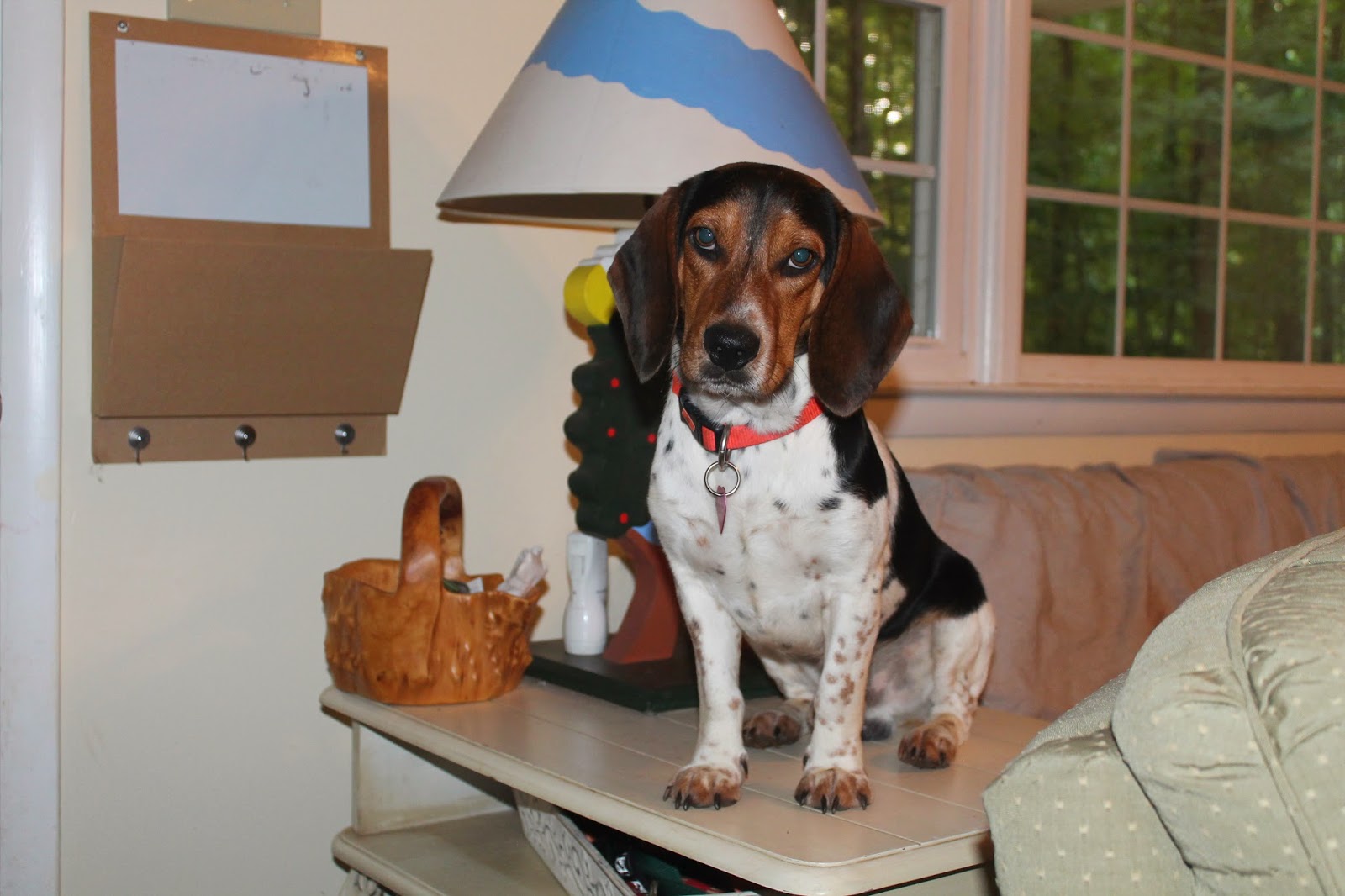 Another day, another bone:


And here's Buddy:
But then this: 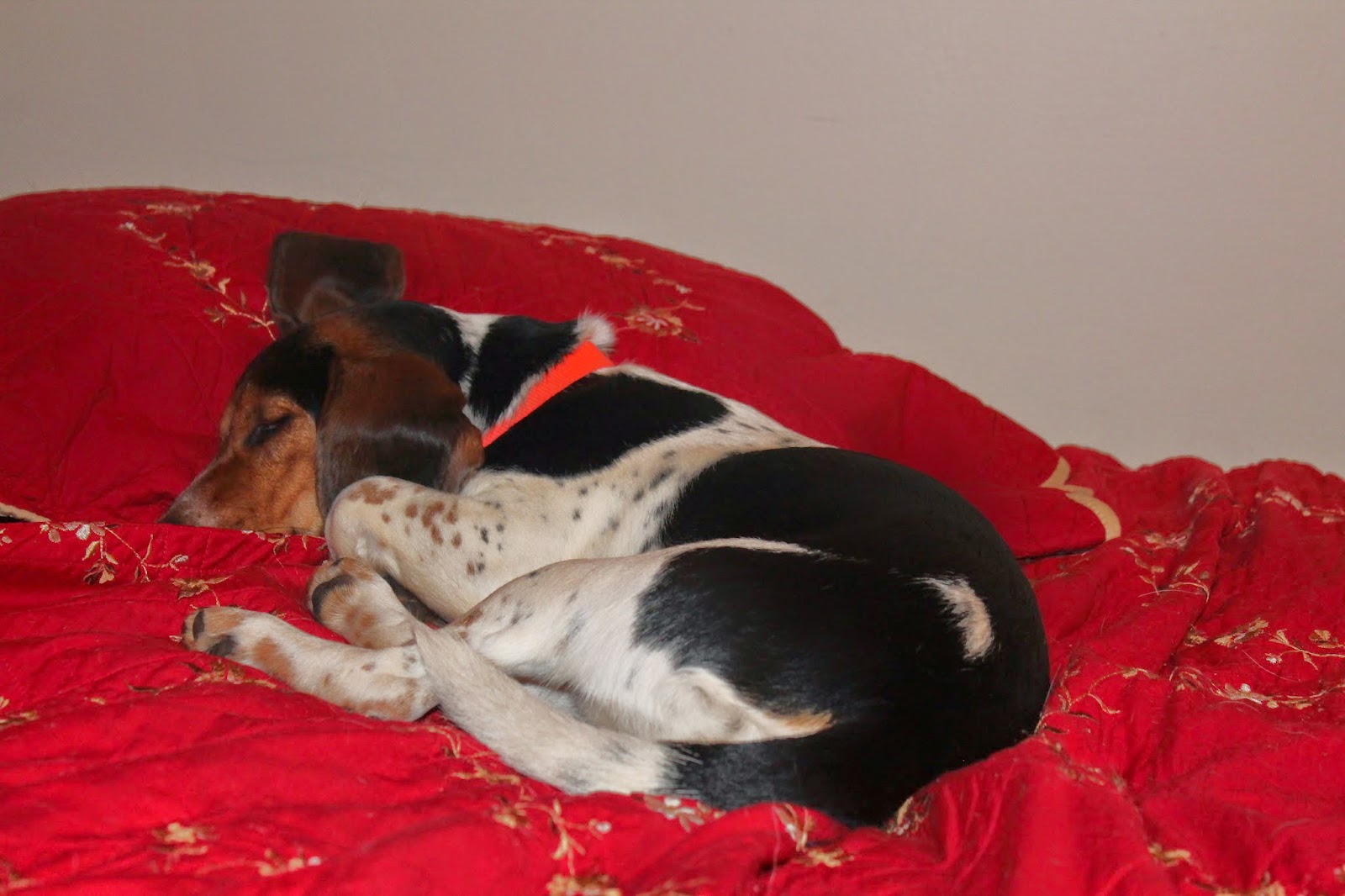 Zzzzzz . . .
I took these with my iPad.
What I love is the snuggley-sounds he makes. 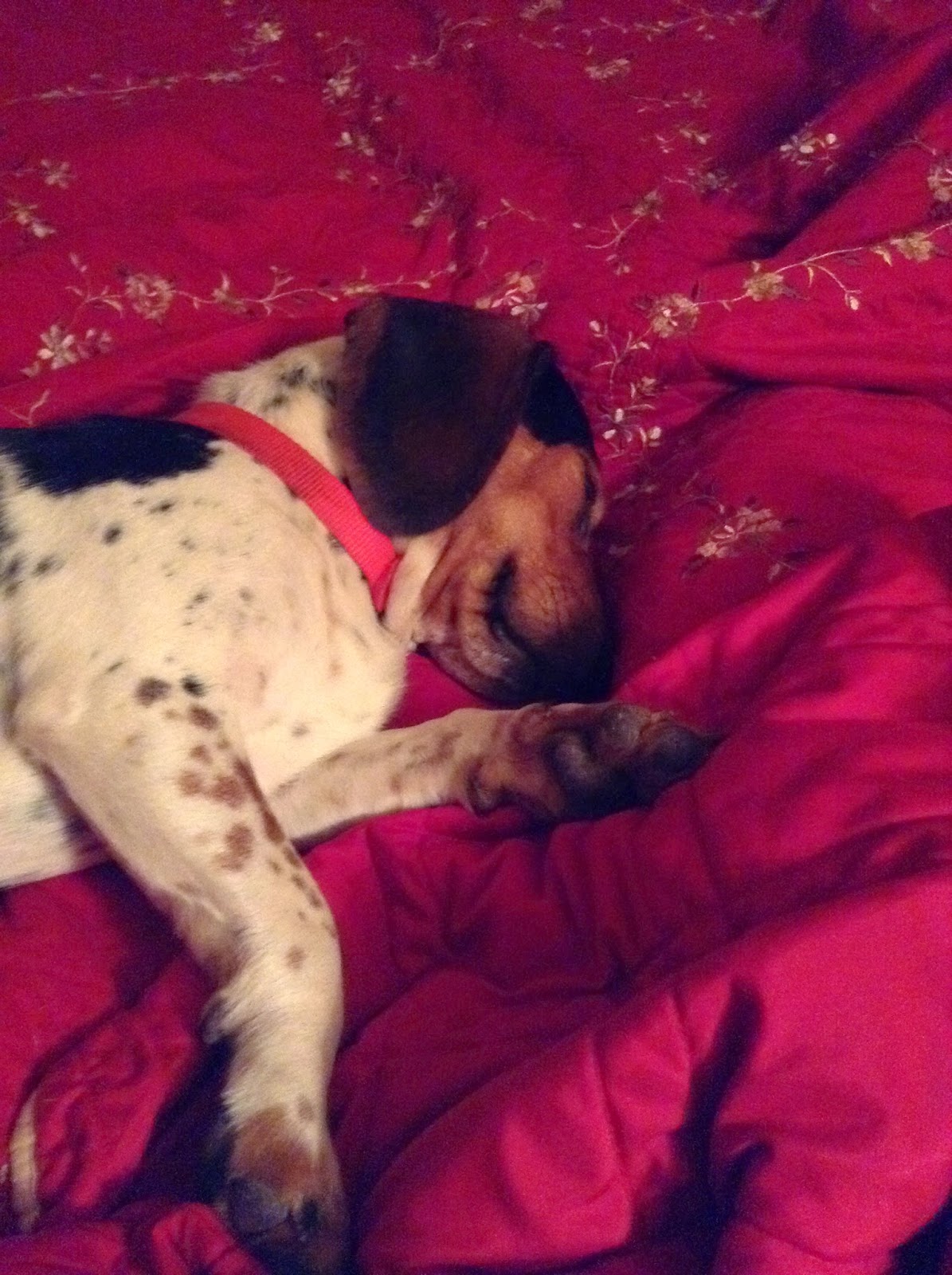 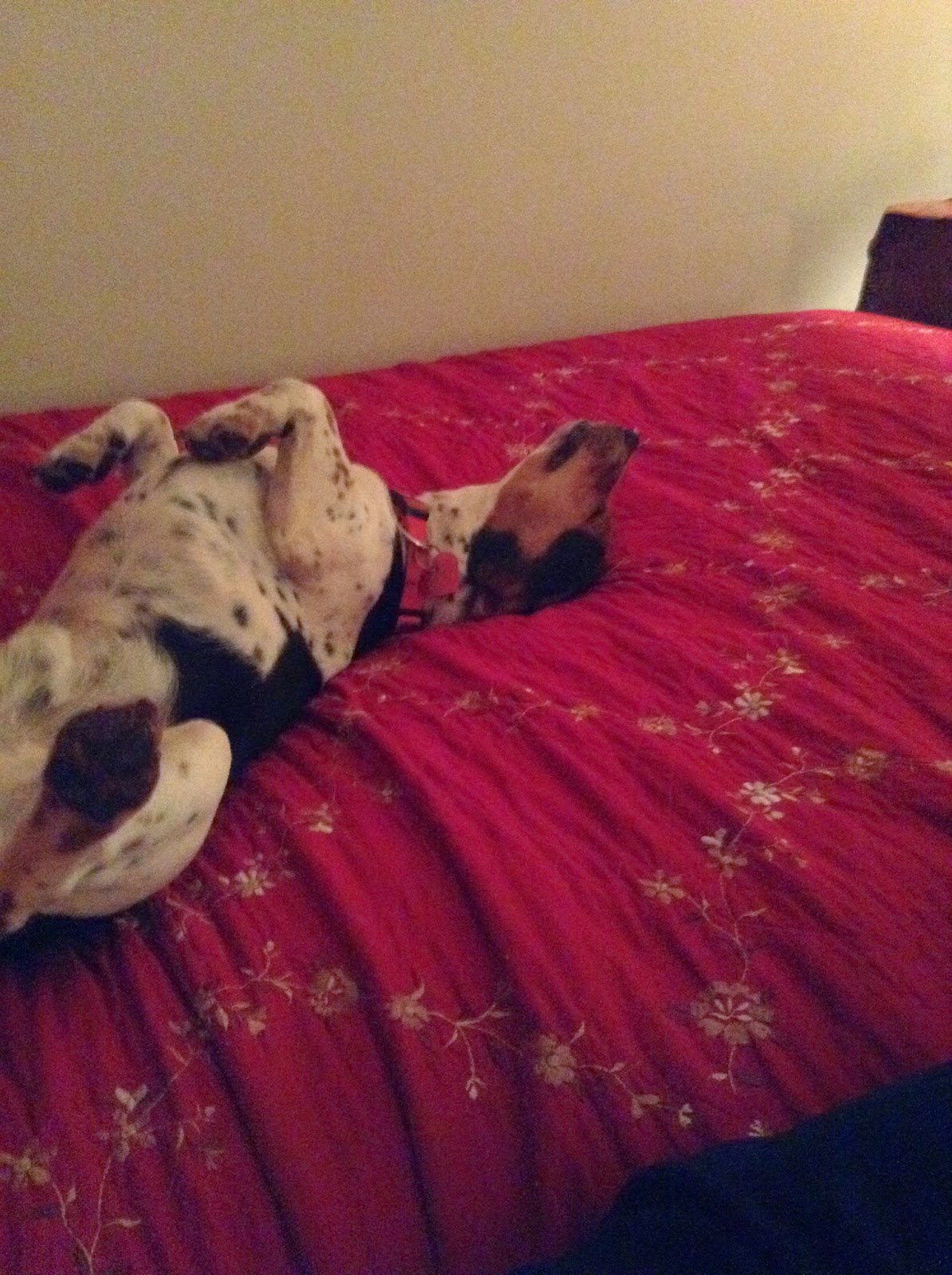 Tabby showed no interest in coming back to sleep in bed at night after Buddy's arrival. However, for the past coupla nights: 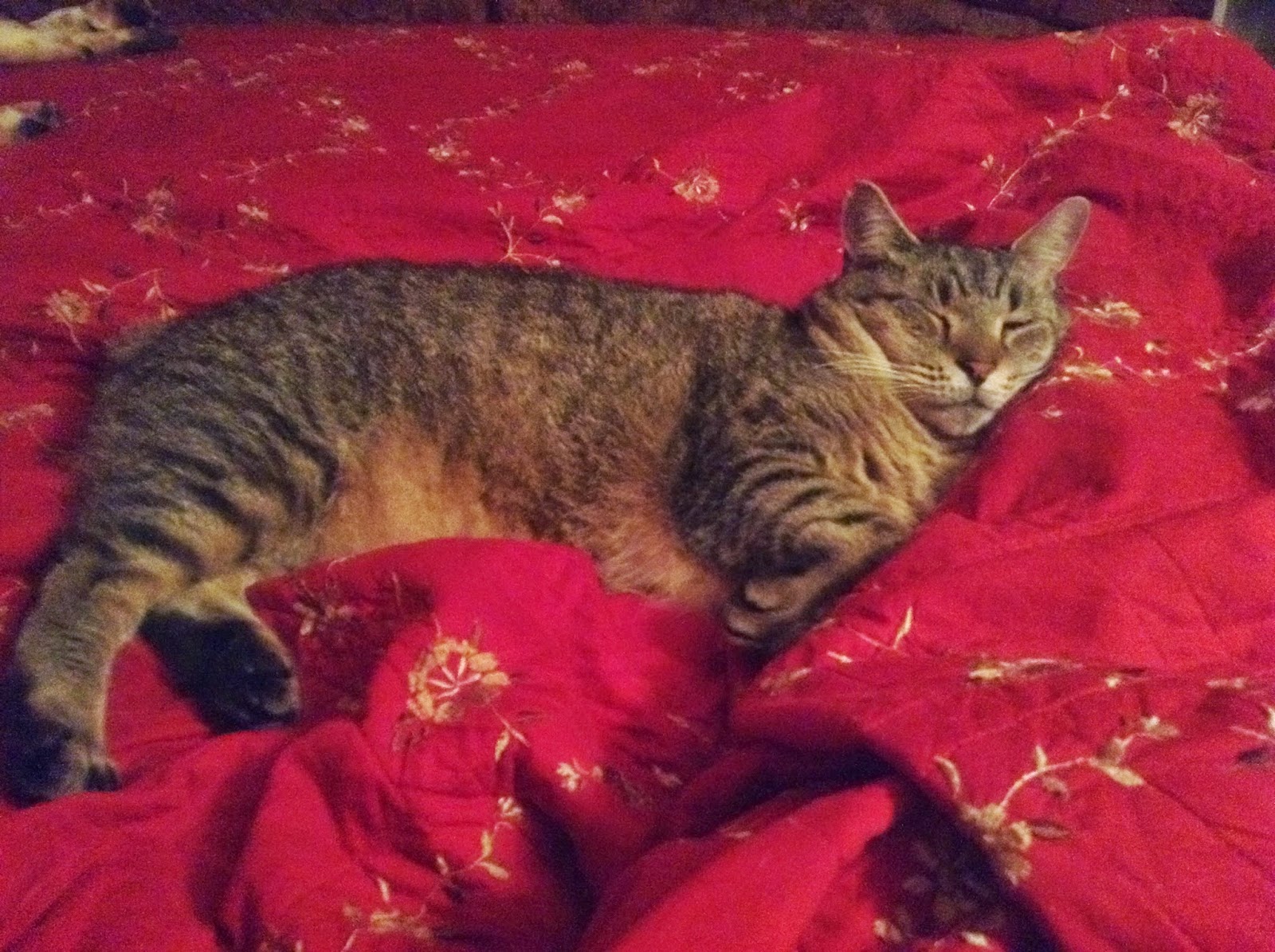 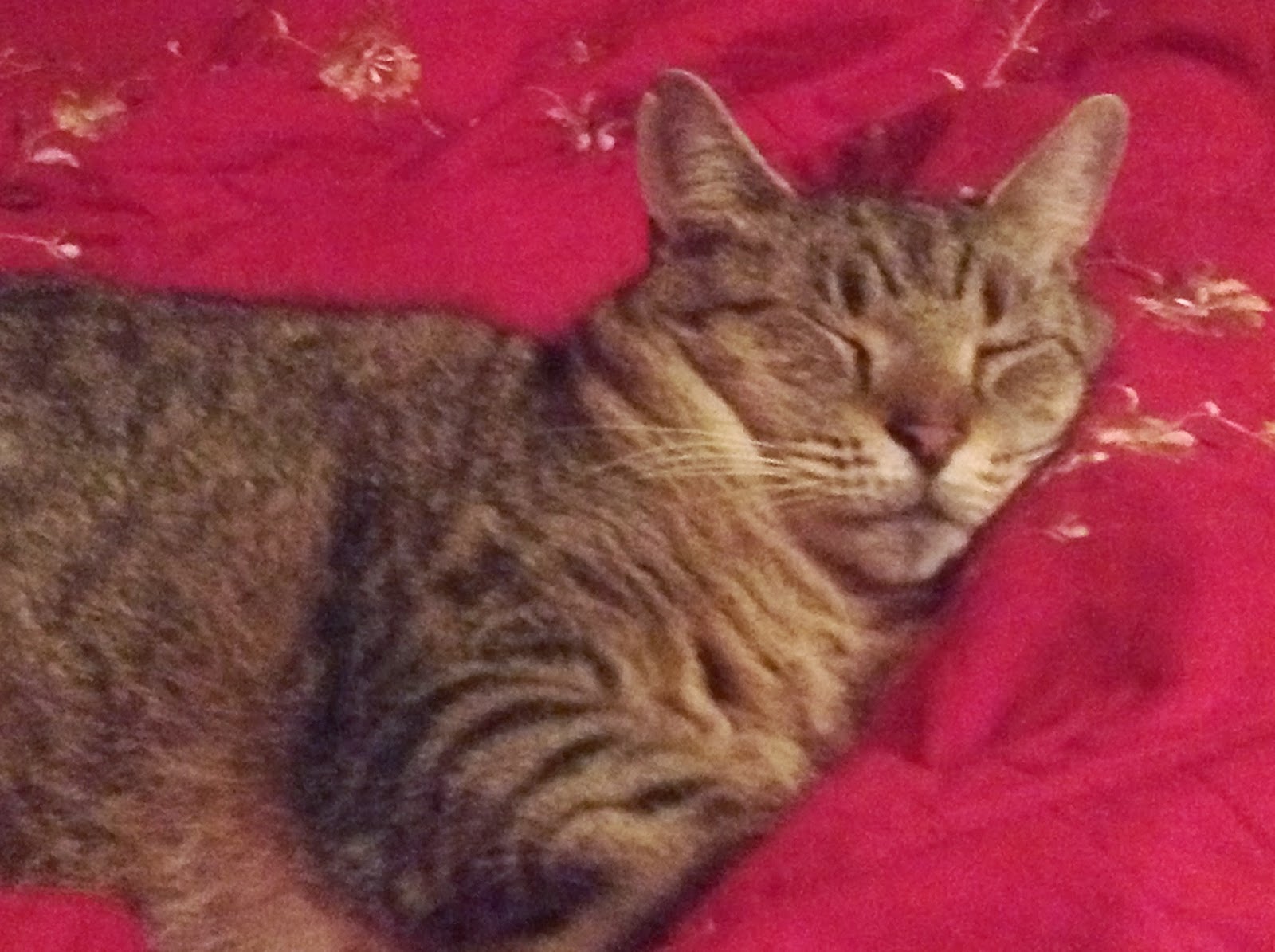 While I was working on this blog post, all three dogs came in to the office & settled in. I didn't have my camera or iPad, & I knew if I got up, Reggie would bolt out of there. So I video-called someone on Google & wrangled a screen shot:

HAPPY Monday!
Posted by Hali Chambers at 5:30 AM