I'm noticing a lack of Reggie pix in this week's Doggie Monday. Just as well as he gets his own post tomorrow on our one-year anniversary. The first few pix were taken with the iPad: 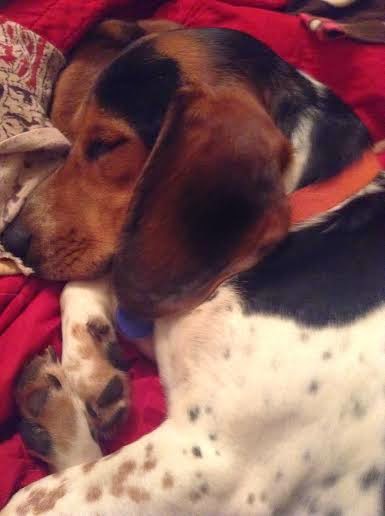 If I don't make the bed right away, he creates a nest! 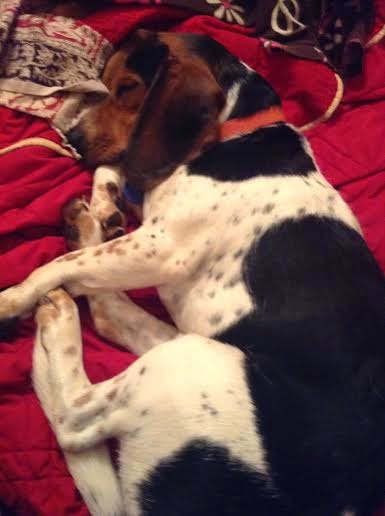 Here's Bingo on her bed by the closet: 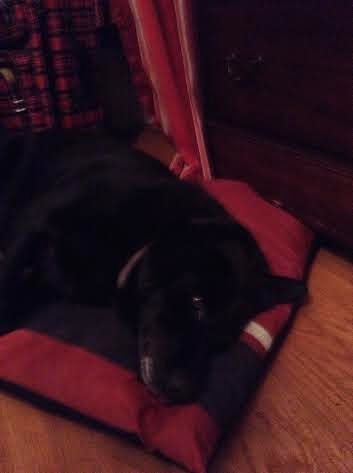 She's scooted it so that it sticks into the closet. I straighten it, but she rearranges it! 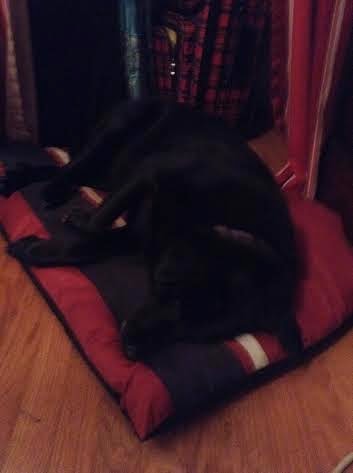 One of Buddy's spots when I'm in the recliner: 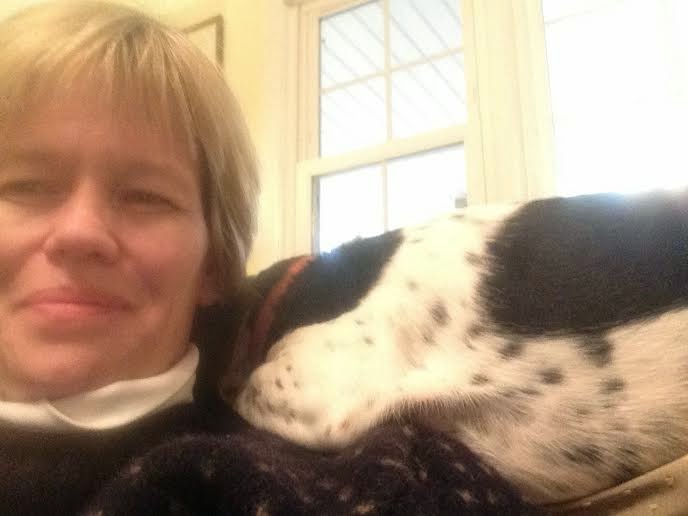 On the top, behind me. 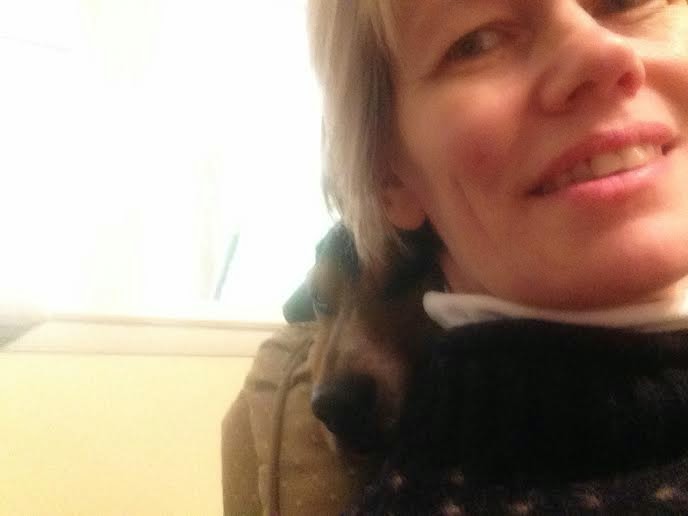 And then what he really wants: 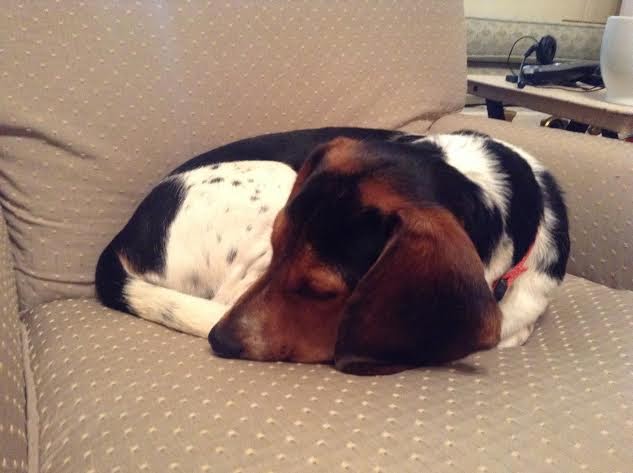 The chair all to himself! 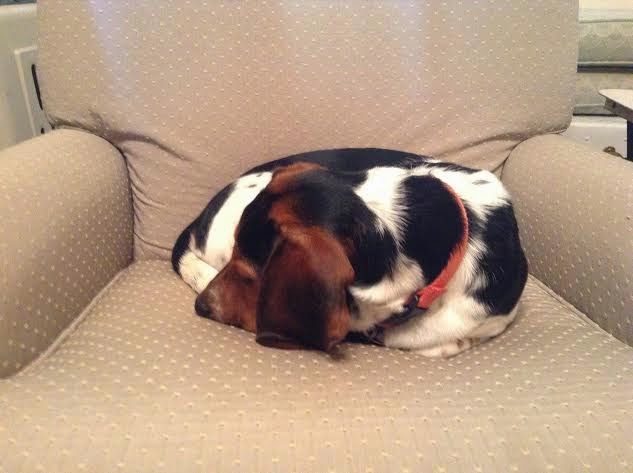 Guest cameo appearance by Reggie in the office: 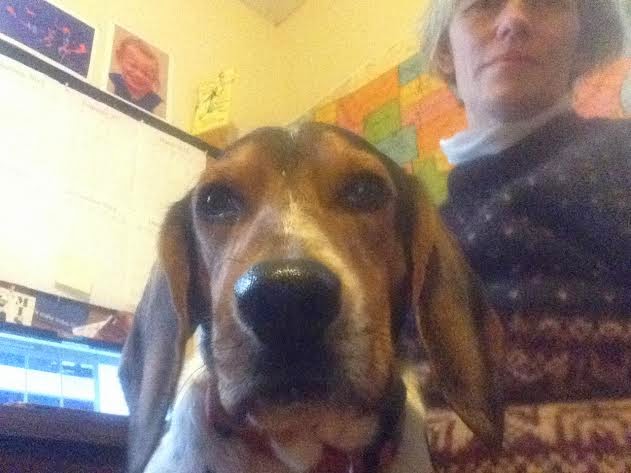 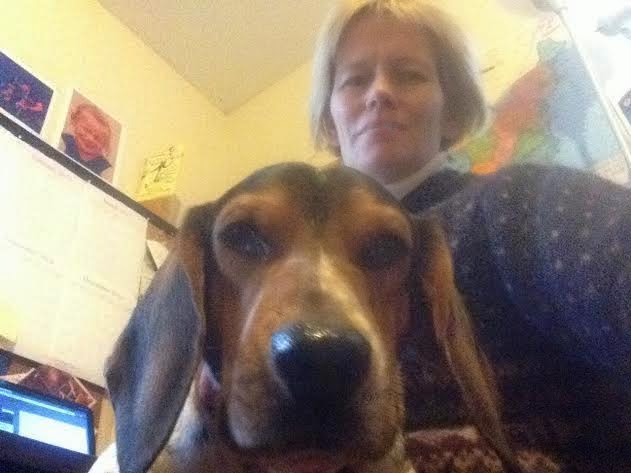 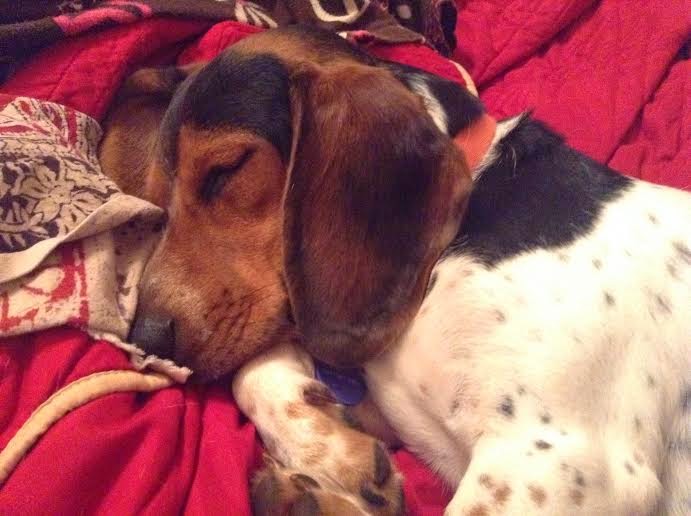 In the office, sharing the bed with Bingo: 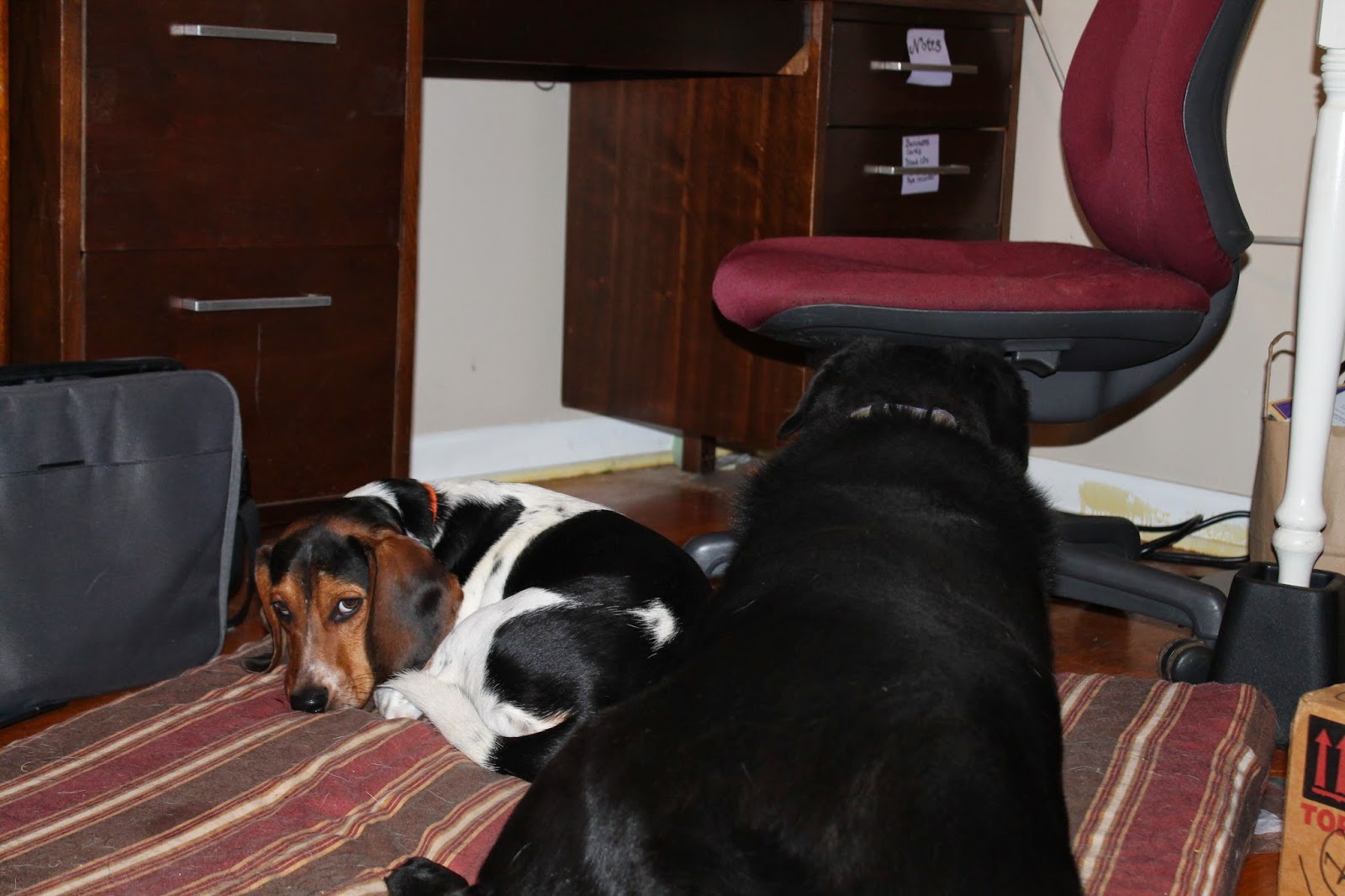 And then there's THIS:
Back to the fancy-pants camera & RoRo vizzie: 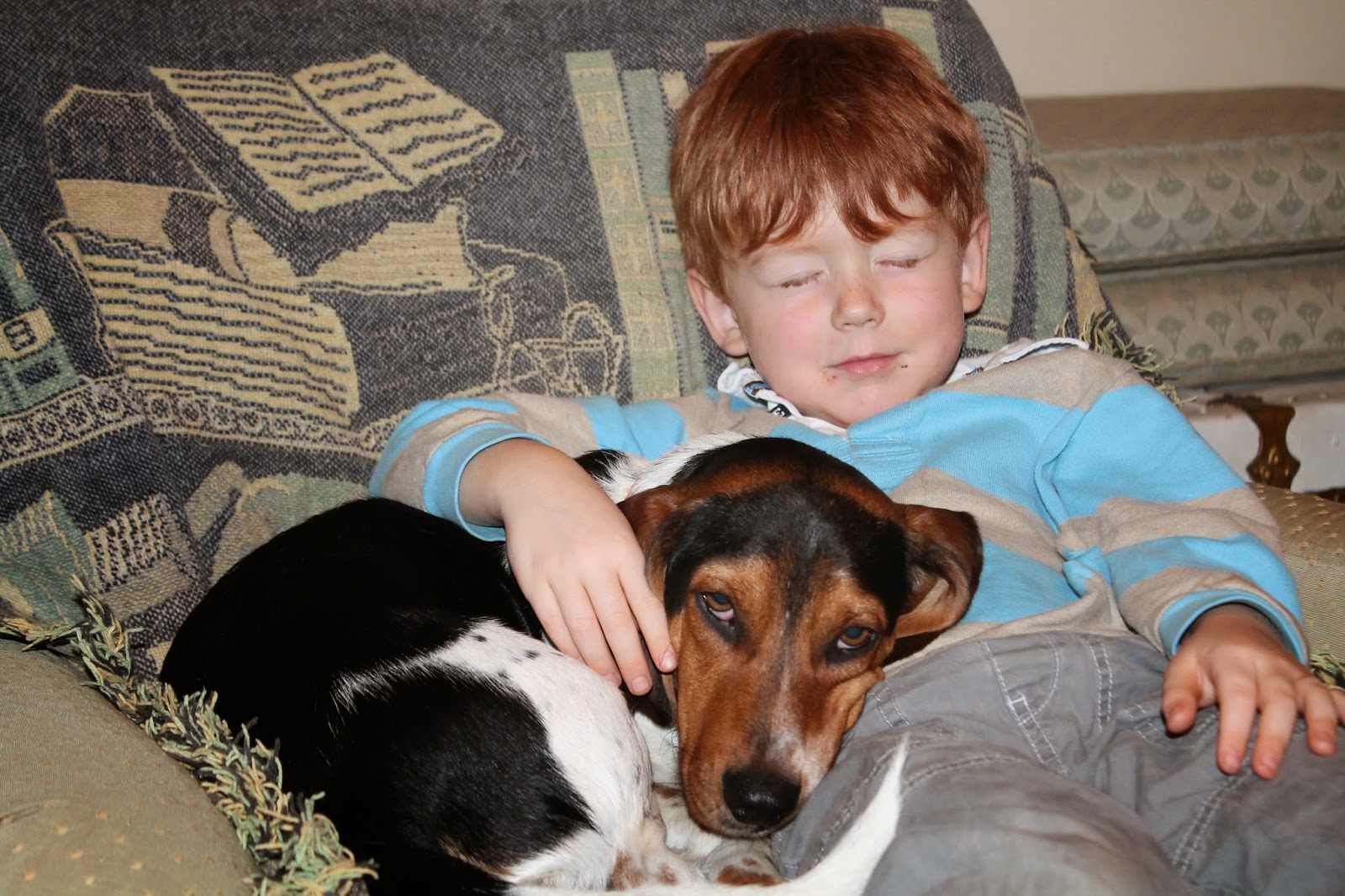 Rowan was watching his latest favourite movie, Super Buddies.
It has a meditating dog! So cute! 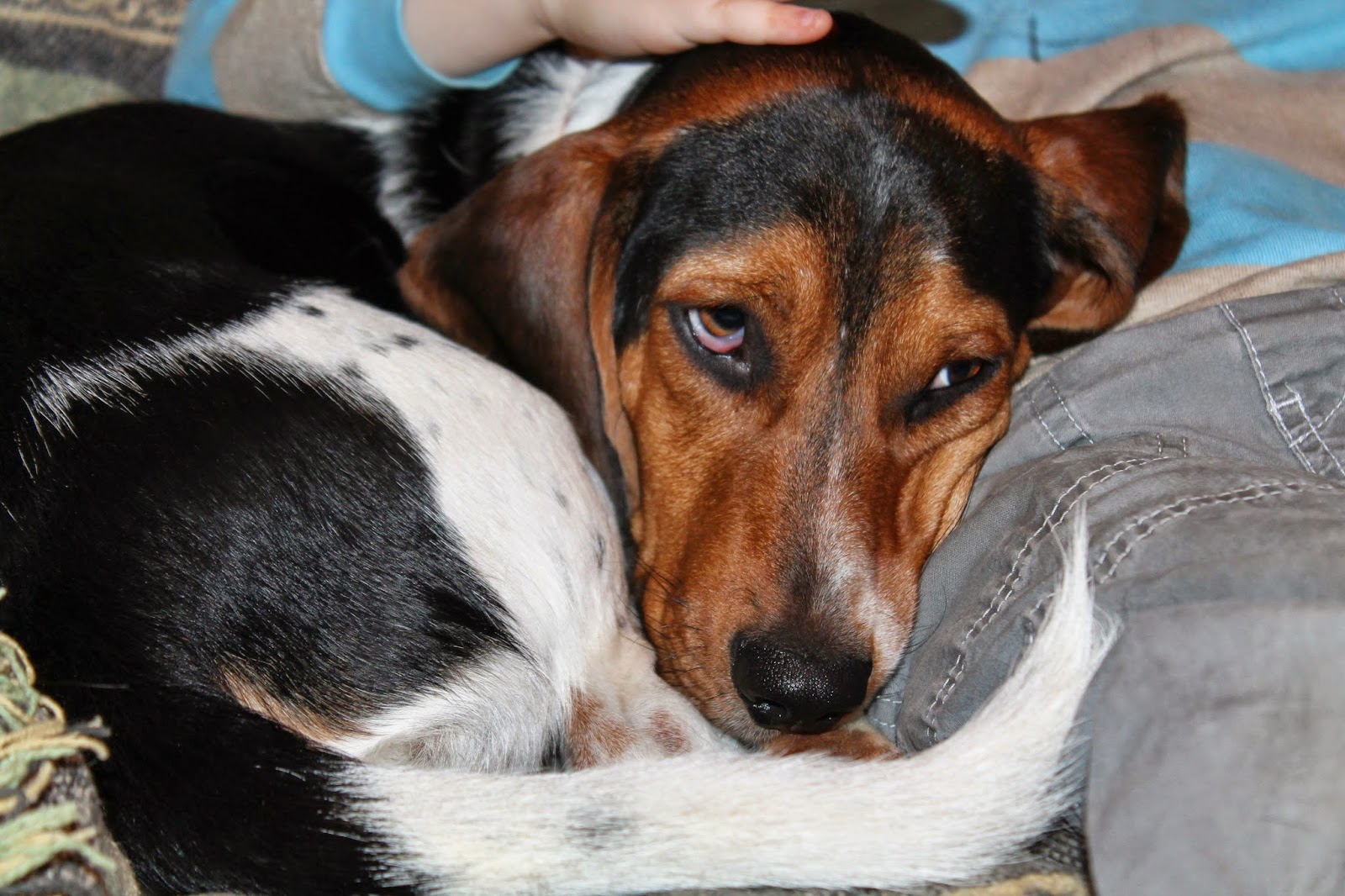 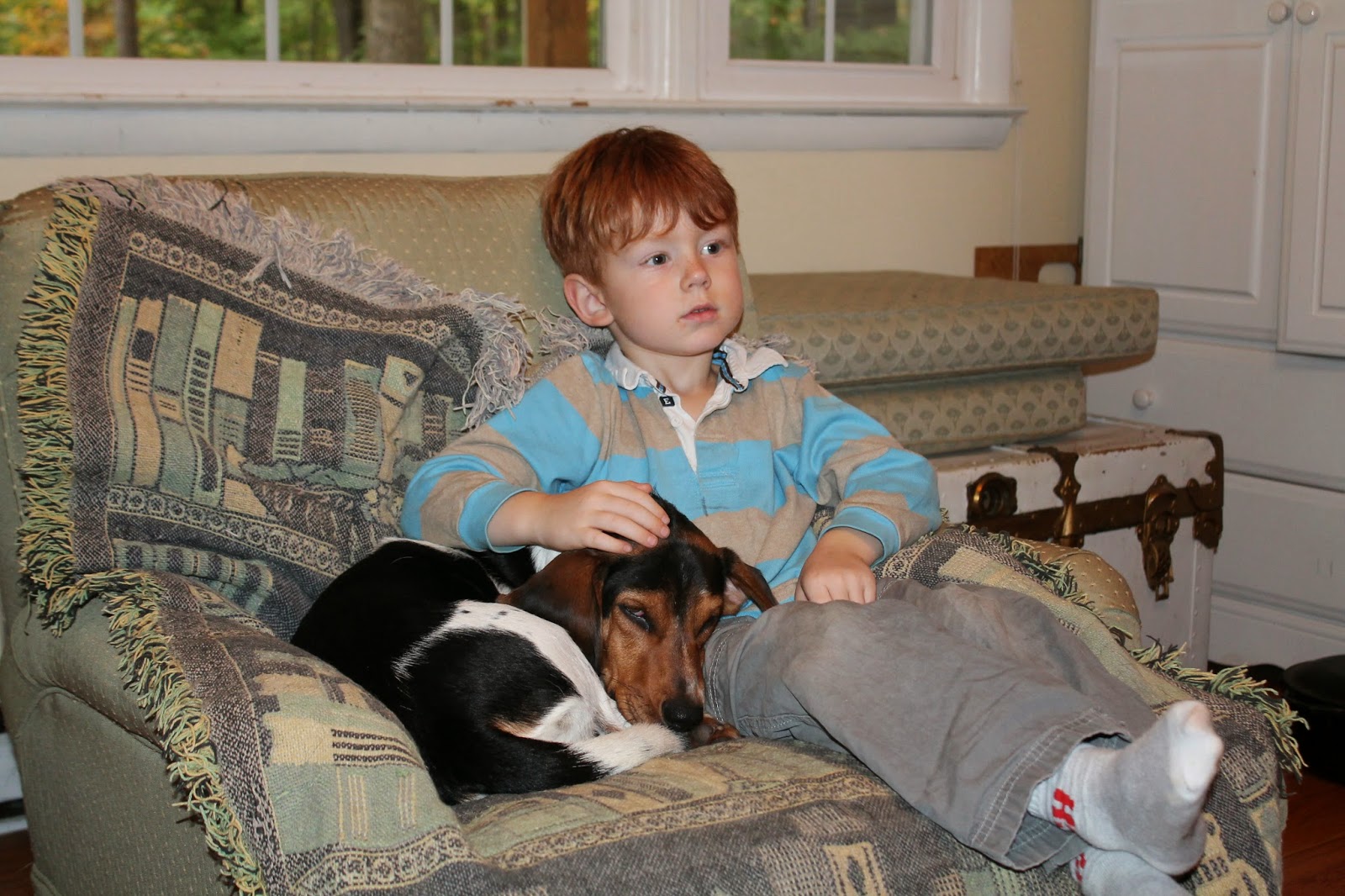 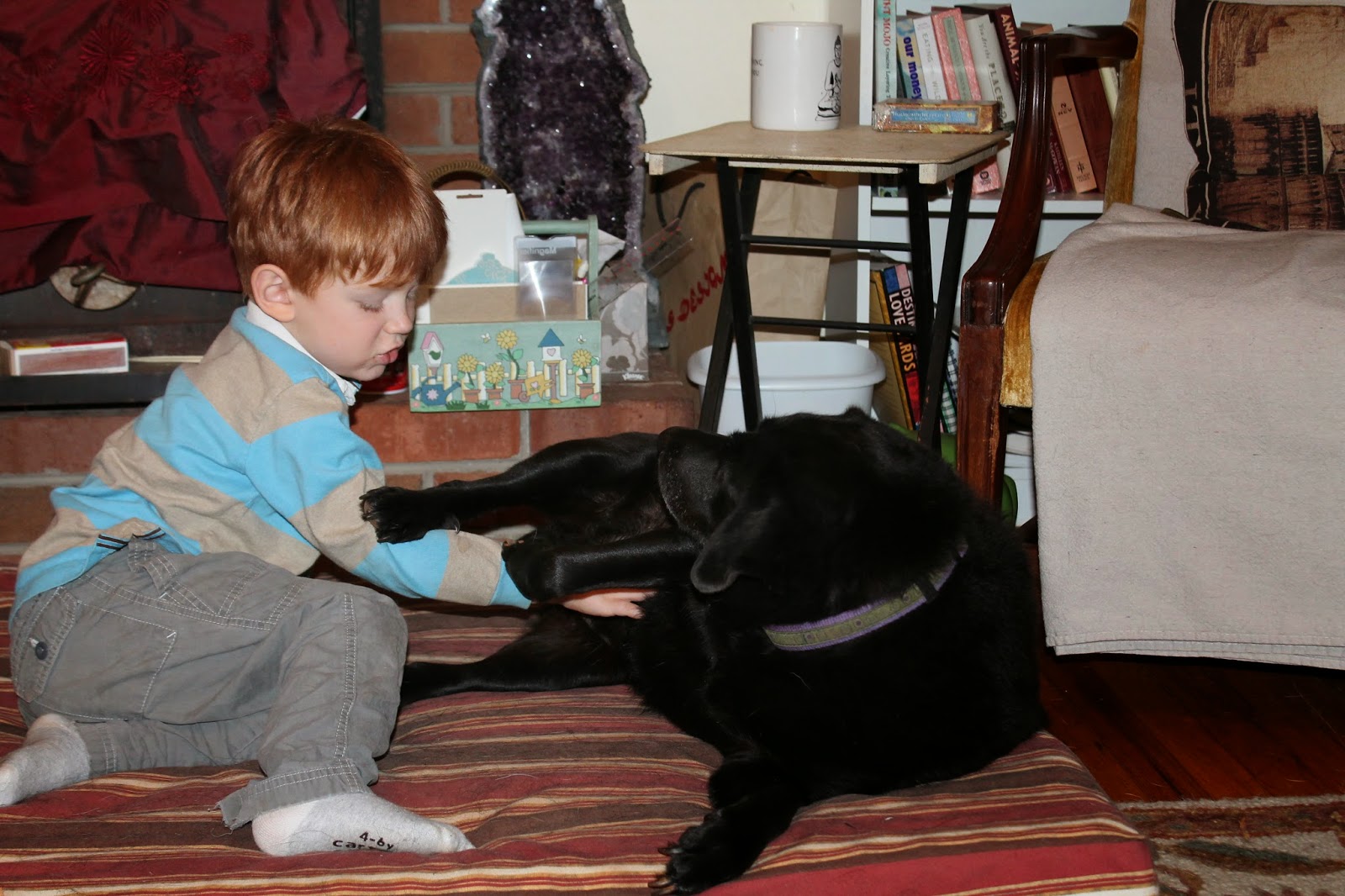 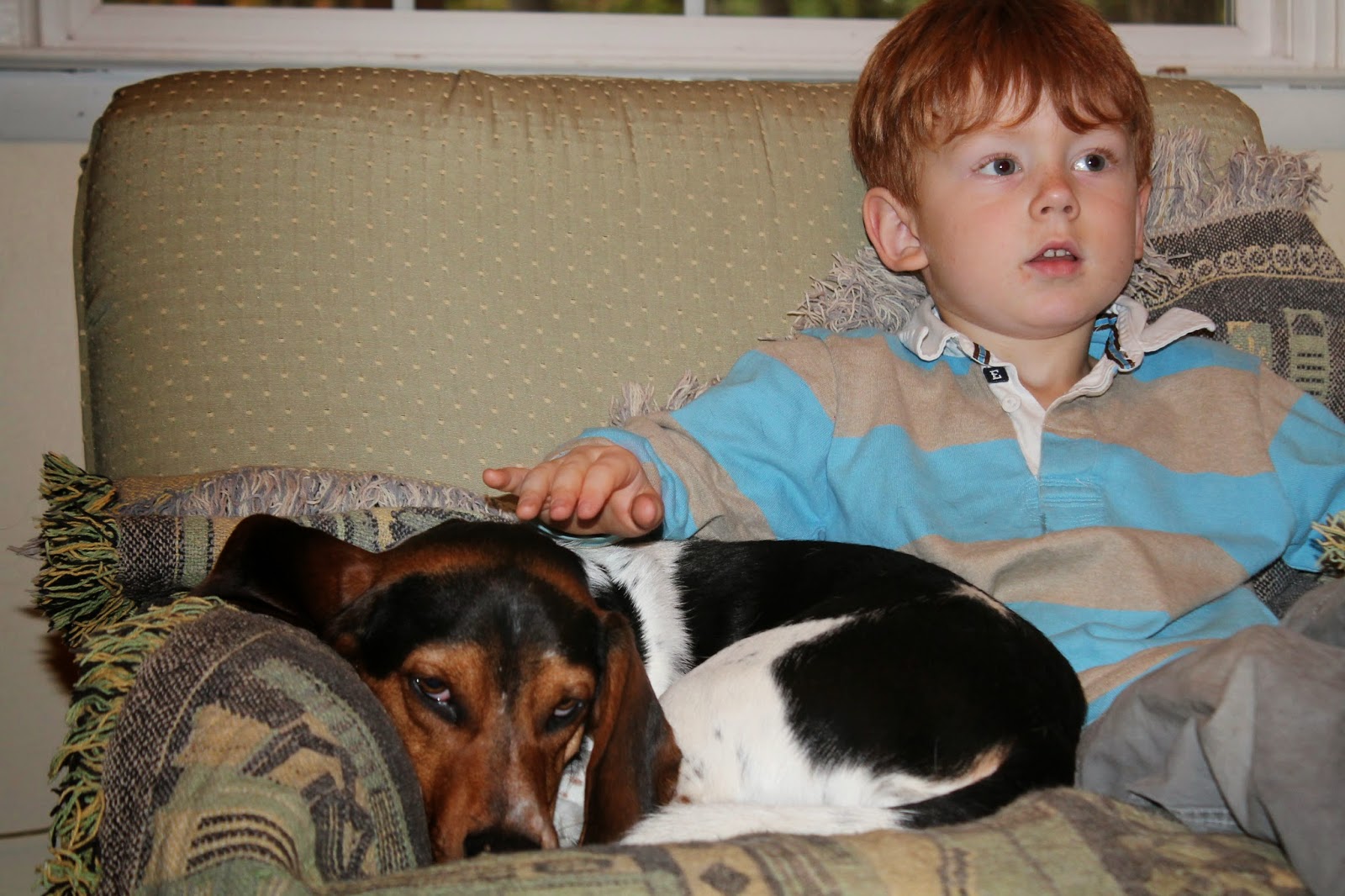 Rowan giving Reggie a treat. Reggie gets barky with Rowan.
Back on the recliner, Buddy makes room for Ro: 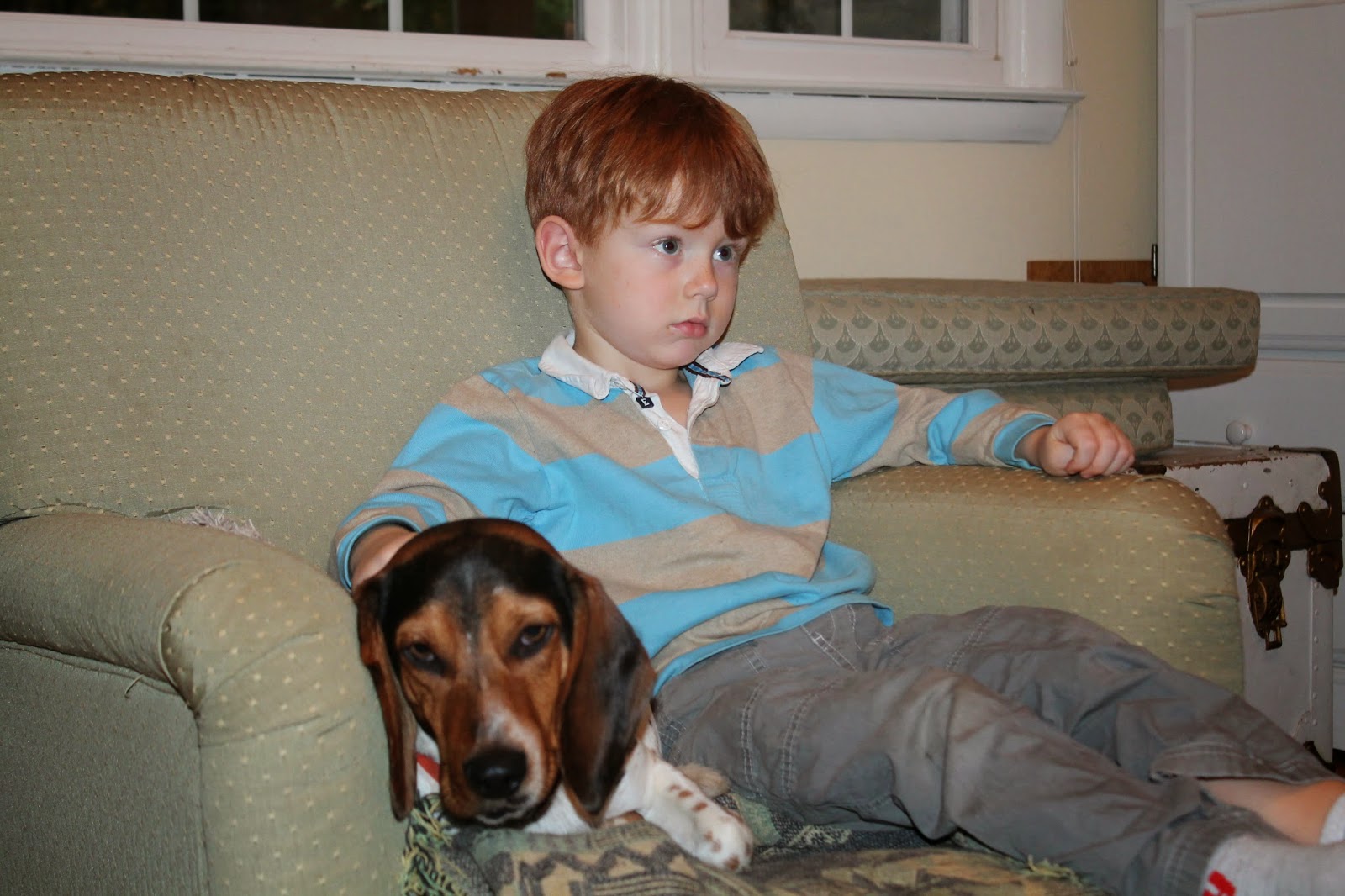 Halloween
Rowan was a lion at school. Here he is after a few pix: 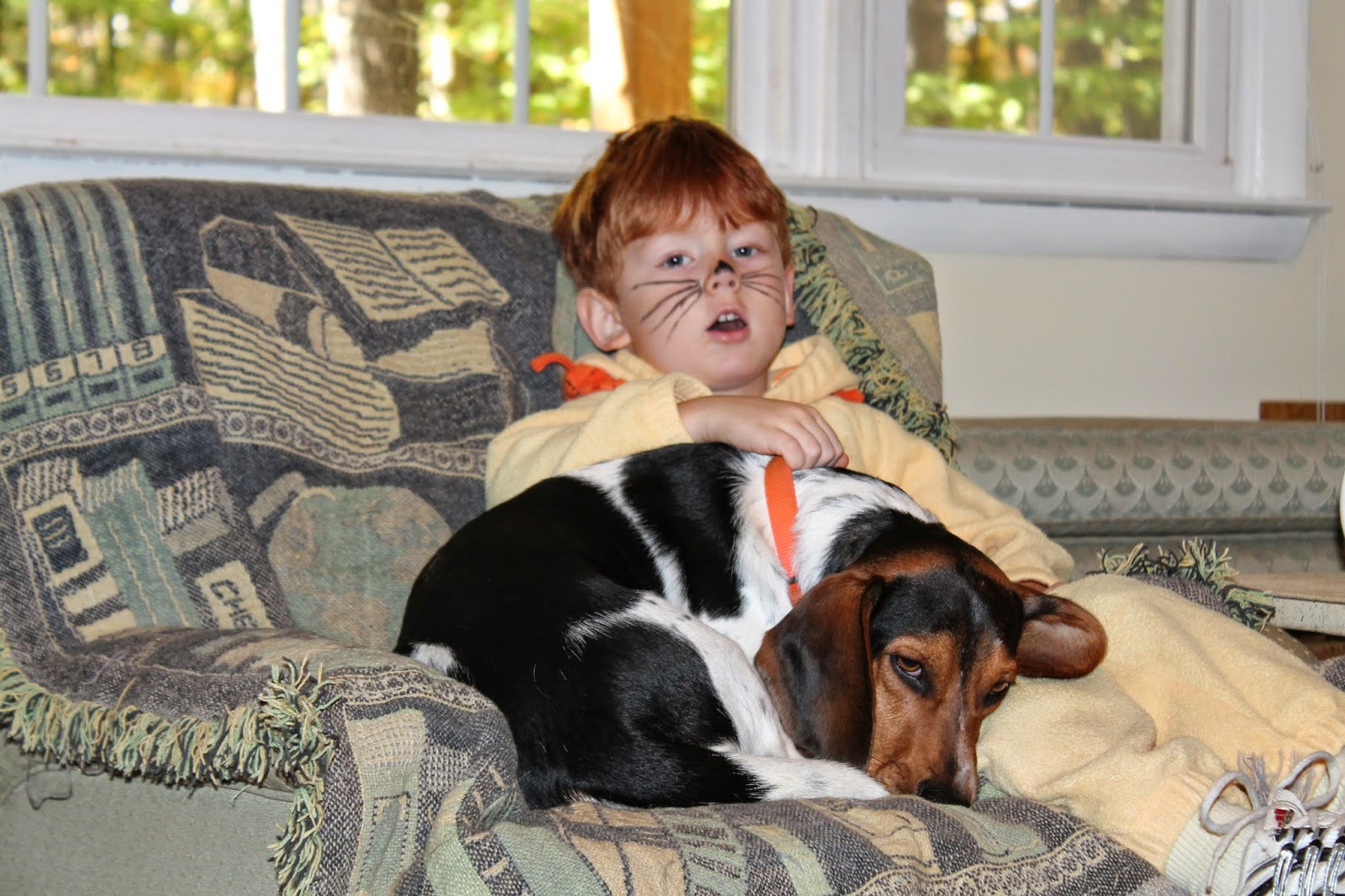 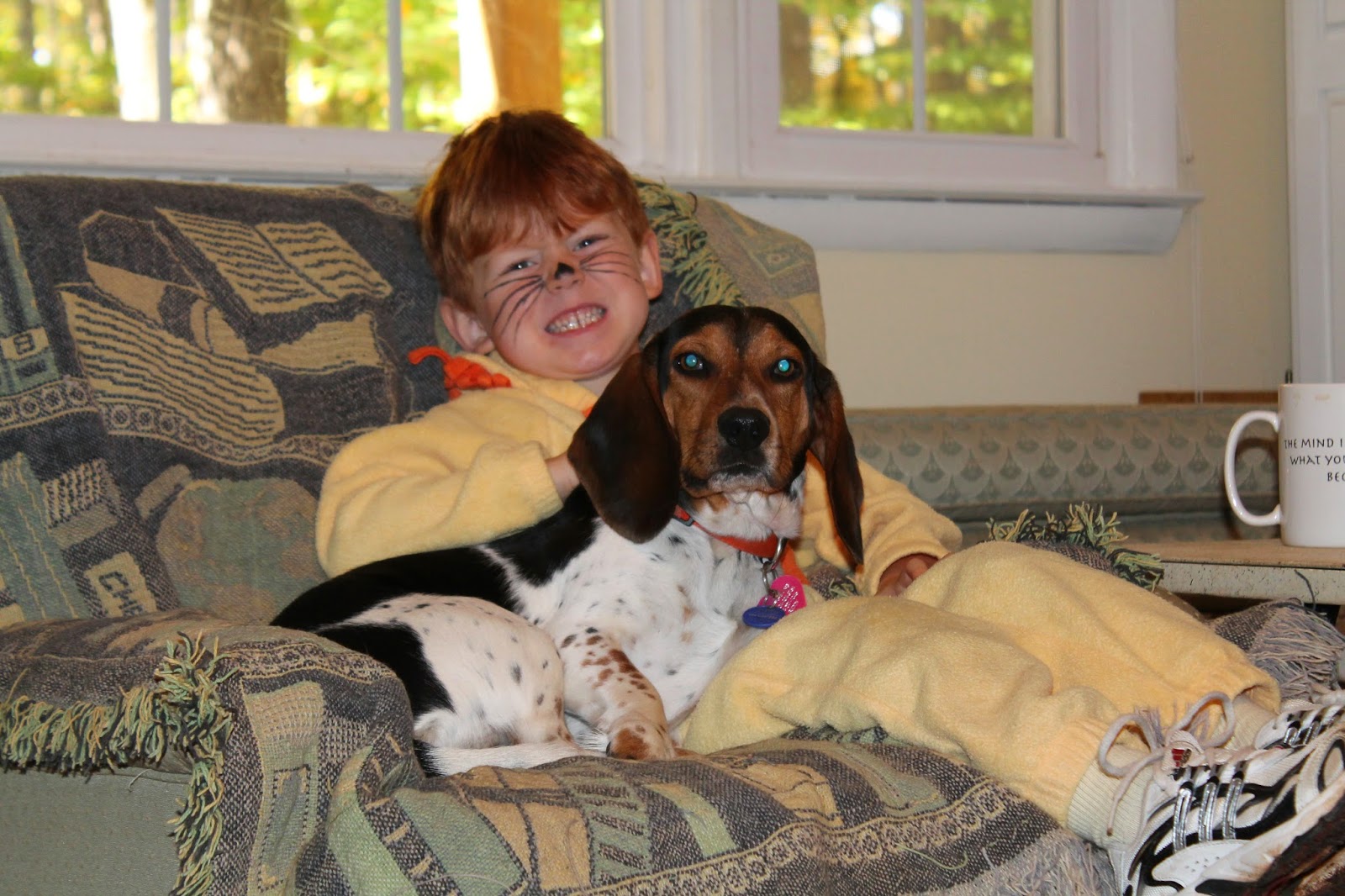 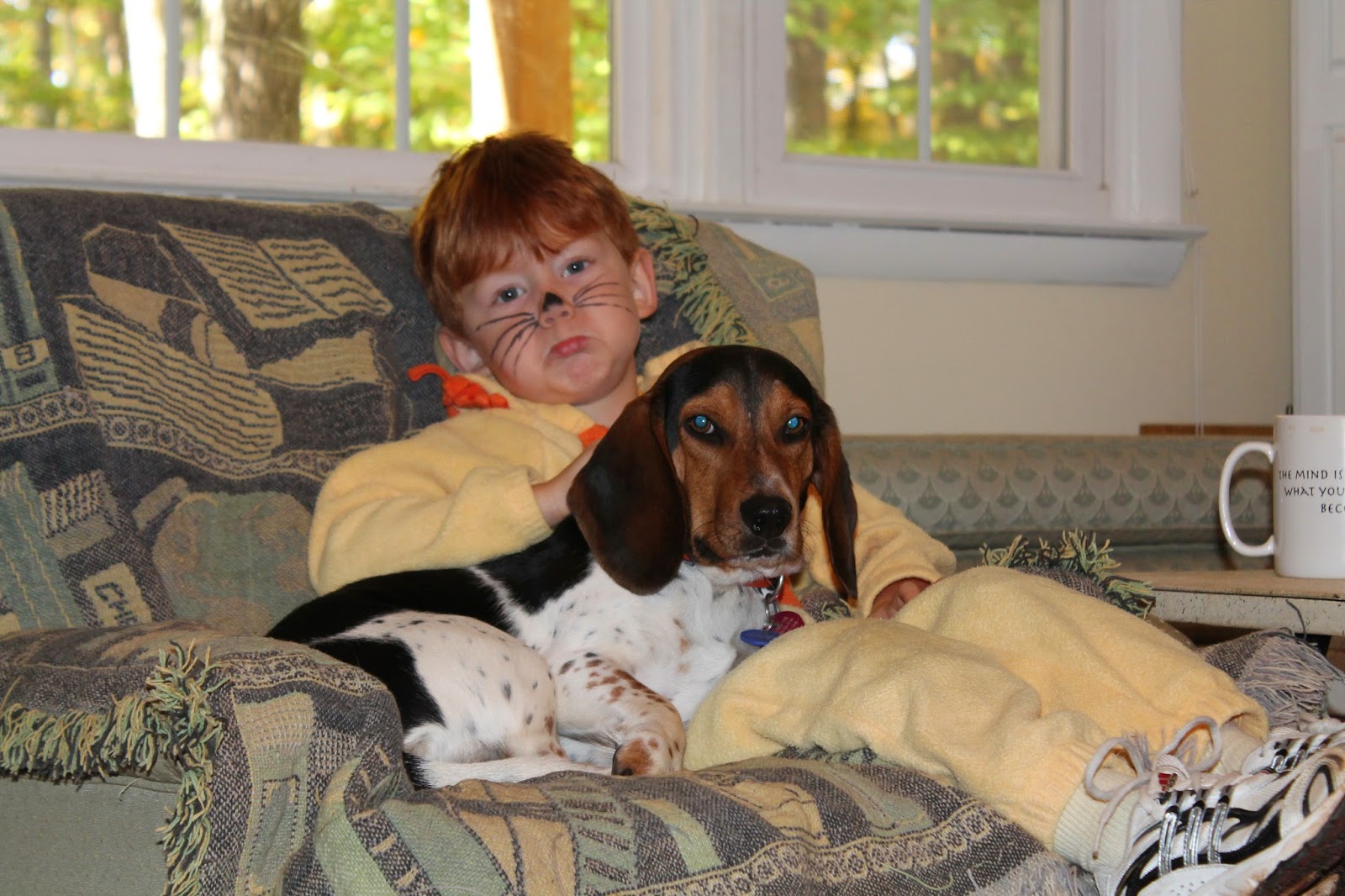 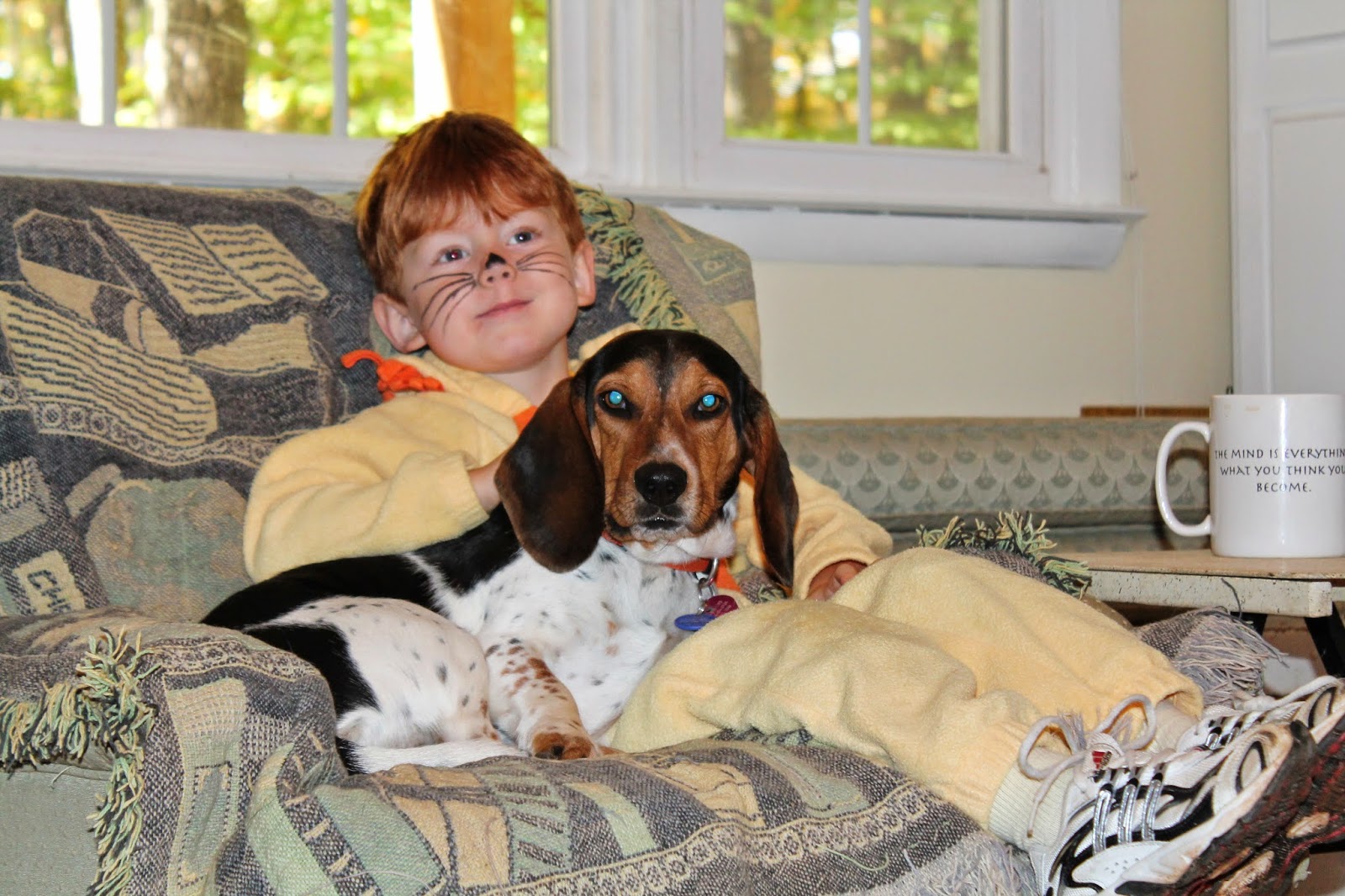 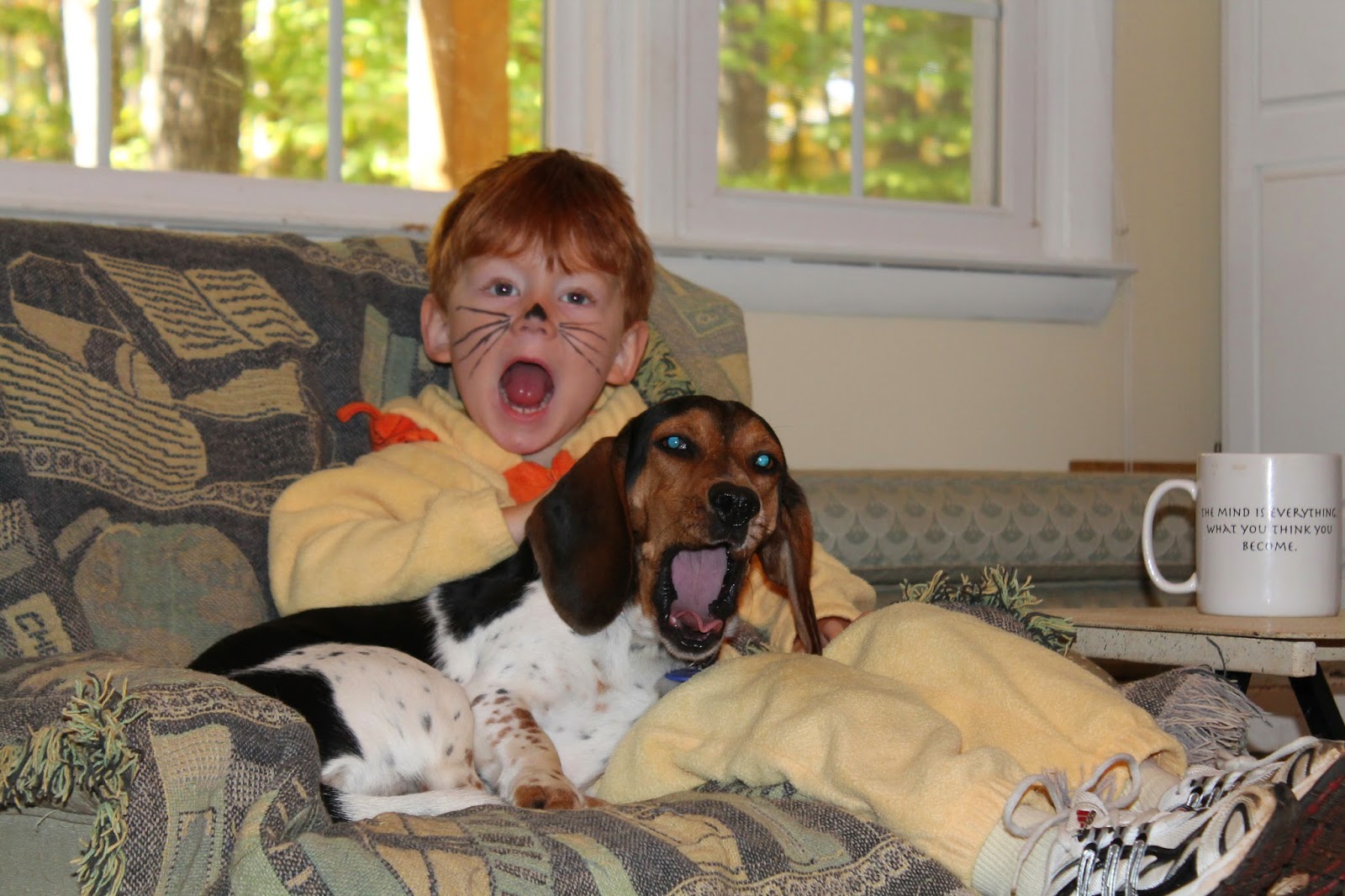 And one more from Sunday afternoon: 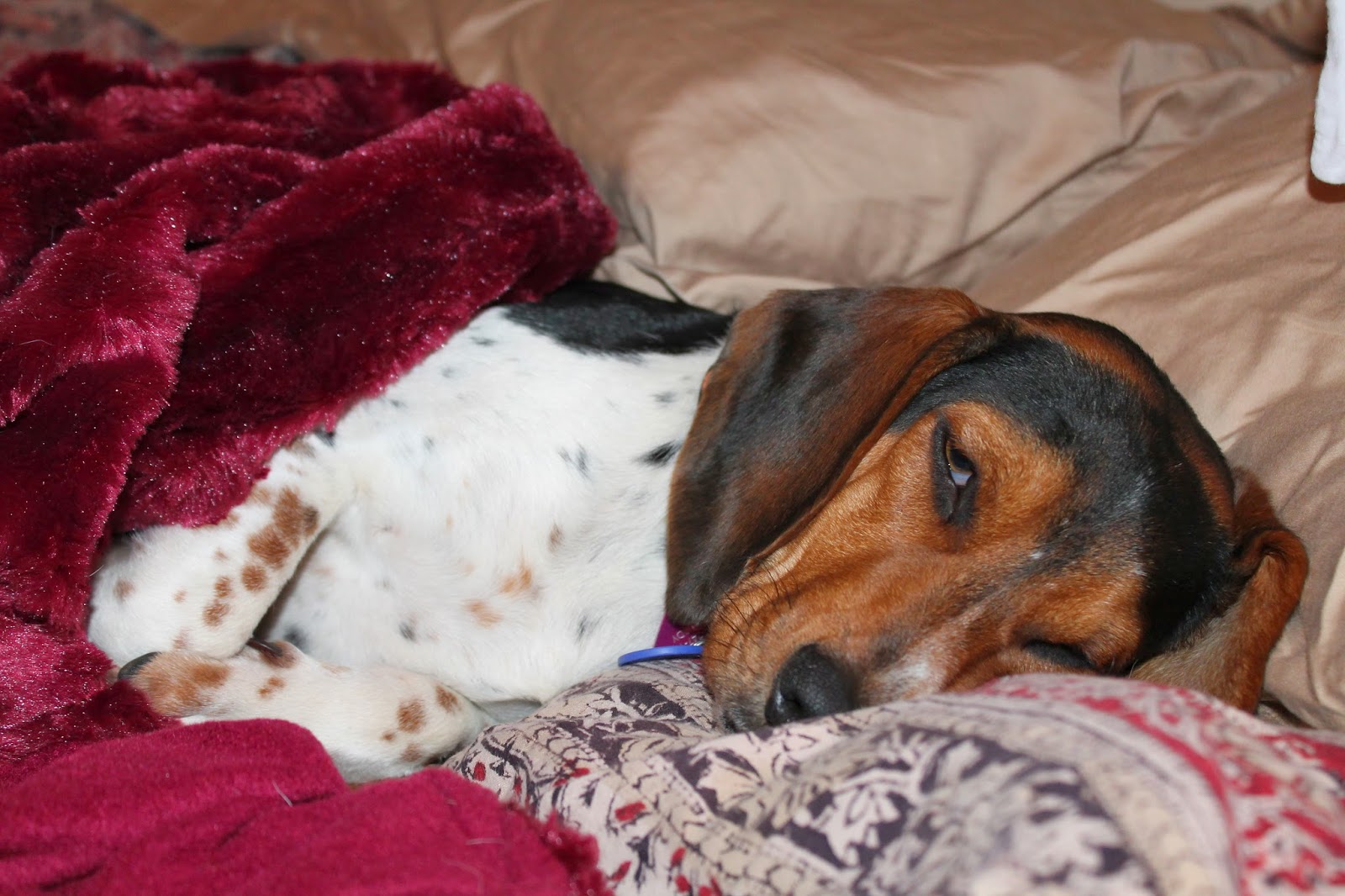 When Buddy first arrived, I would watch him hop down the stairs. He would avoid landing on his back right leg. He would always skip. I've been massaging him and a couple days ago, he started landing on that leg! So he's doing much better.

I had another escape scare. Buddy dug under another area of the fence & I could hear his hunting-dog-bark thru the woods. So I ran after him but couldn't get to him. Roo-roo-roo!  He was way away, so I got in my car & drove down to the neighbors off the lake. When I got down there, I didn't hear him barking, but I called to him. "Roo-roo!" he answered. But he didn't come. I called again. Again he responded, "Roo-roo!" So I went thru the woods, over a fence, thru some more woods and called again. "Roo-roo!" His barking was coming from a shed.

"OMG! Someone's locked him in a shed!" But as I got closer, I realized that he wasn't IN the shed, but UNDER it. And he was stuck! He wasn't barking at something he was chasing, he was barking to say, "Help me!" John Morgan had mentioned that beagles don't like backing up. Well. That's what happened. There was a sort of lip that he was bumping up against, so to Buddy, he couldn't back up if he wanted to.

I grabbed his back legs & maneuvered him into a flatter position; you know the kind, where he stretches his legs out behind him. And I pulled him out, with him roo-rooing the whole time. I don't know what was under there, but he wanted to go back in! So I CARRIED him back thru the woods to my car. The longer I held him, the heavier he got! But he was safe.

I've started putting down chicken wire & securing it to the fence. It's going to take a while! But that will hopefully keep him in. If not, it's on to plan B. Or C. Whatever I'm on at this point! Never a dull moment with these guys!  :-) HAPPY Monday!

Posted by Hali Chambers at 3:29 PM