He bolts out to the back yard, but Bingo says hi: 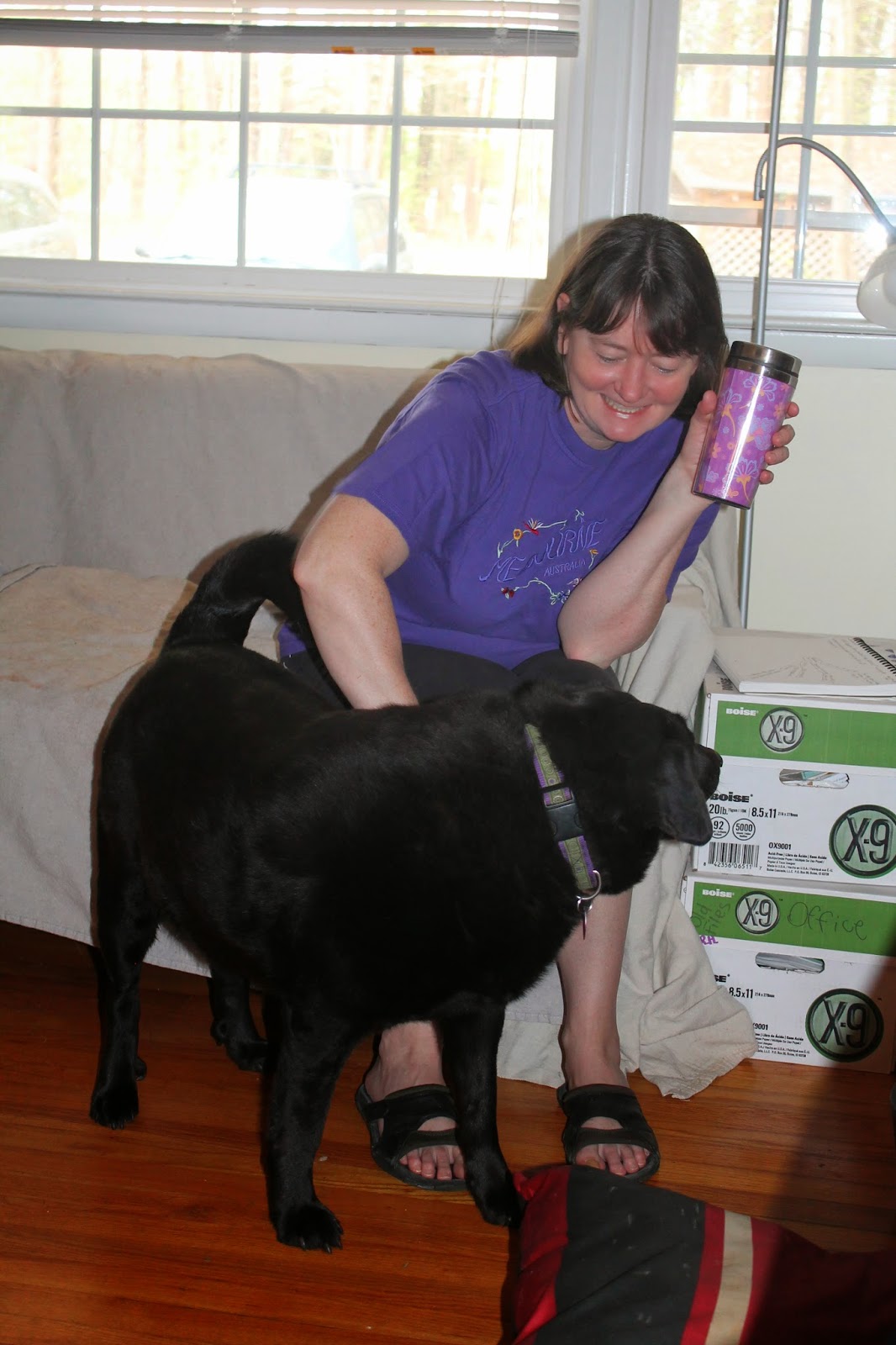 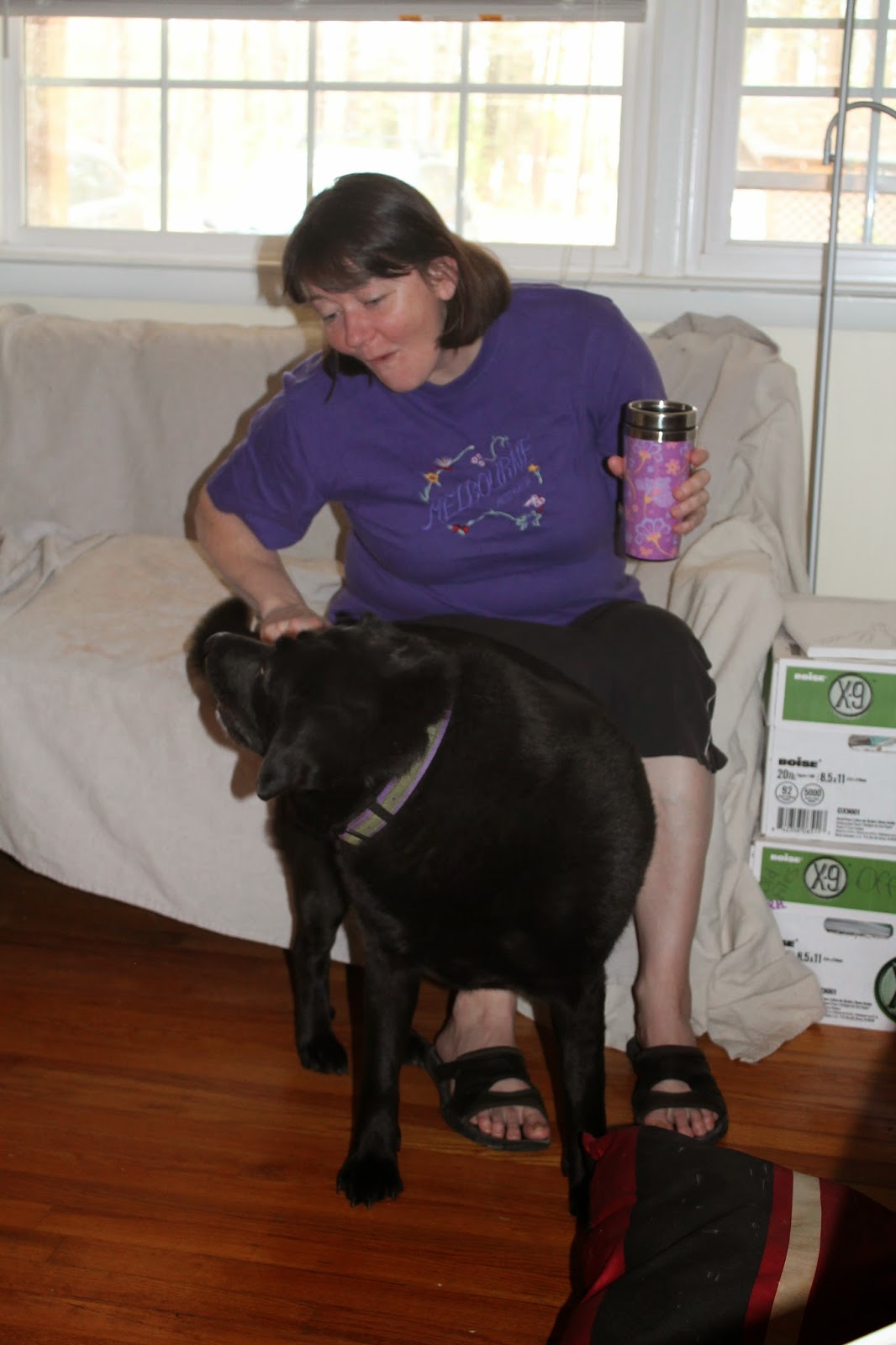 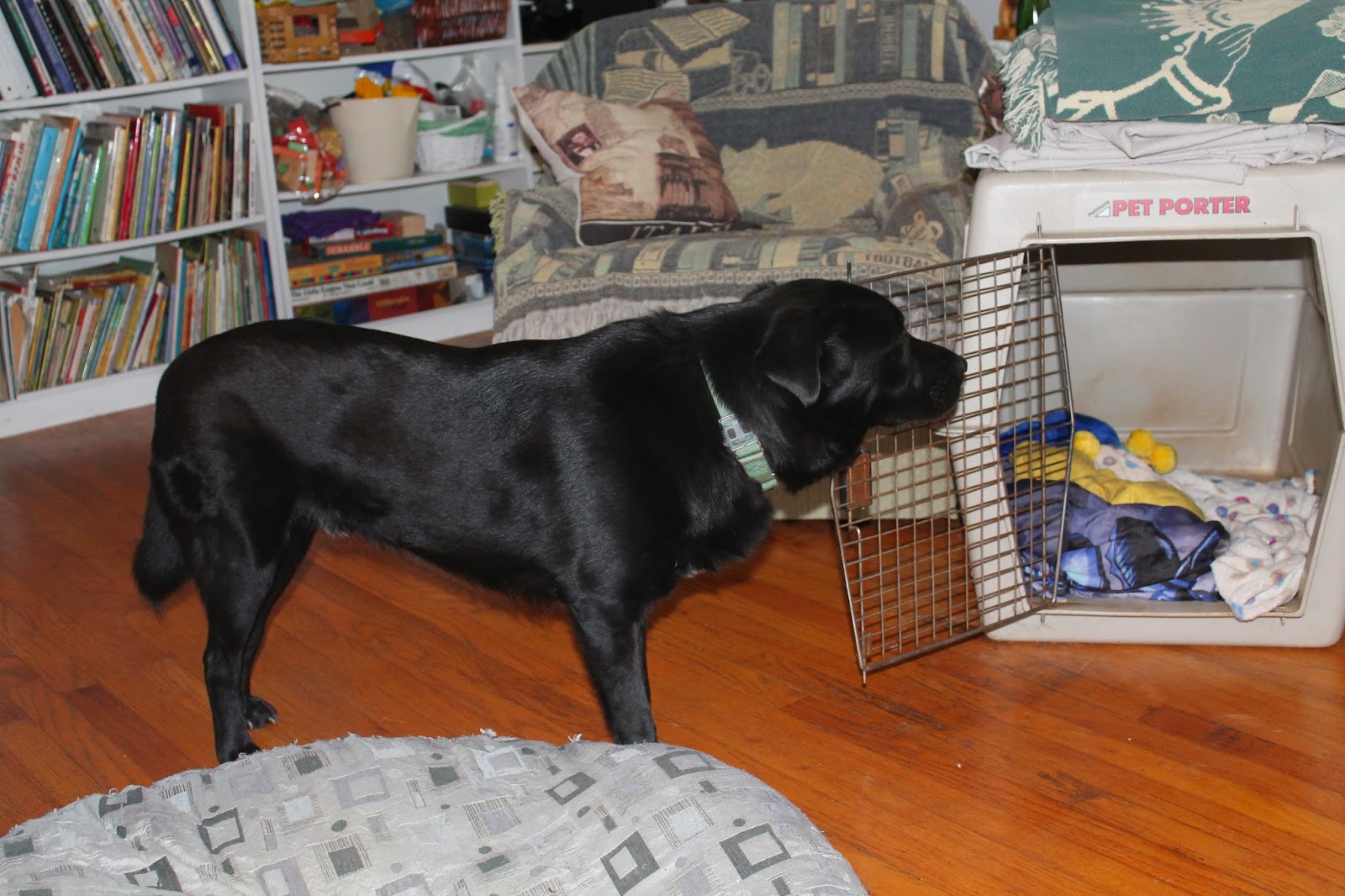 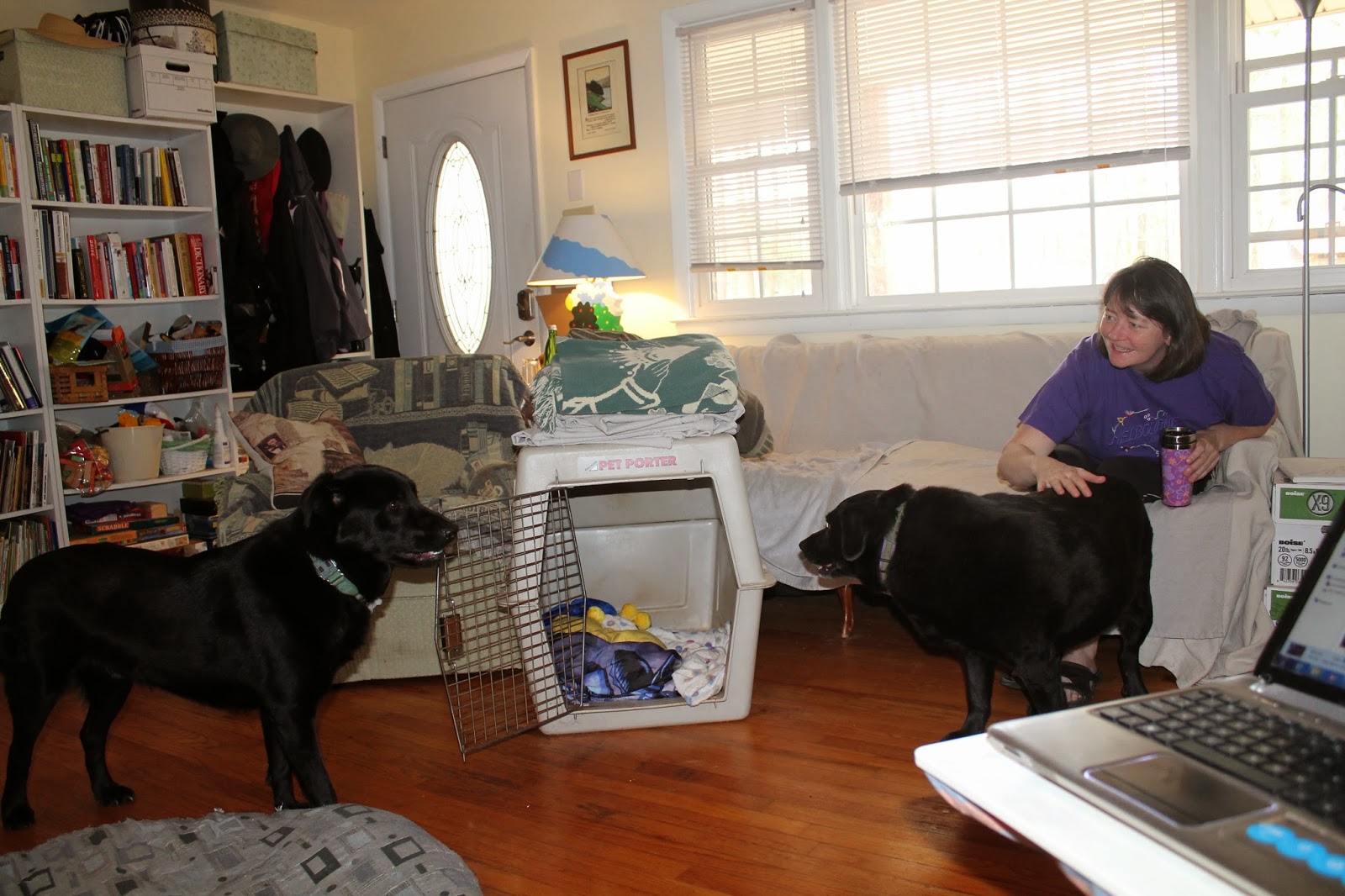 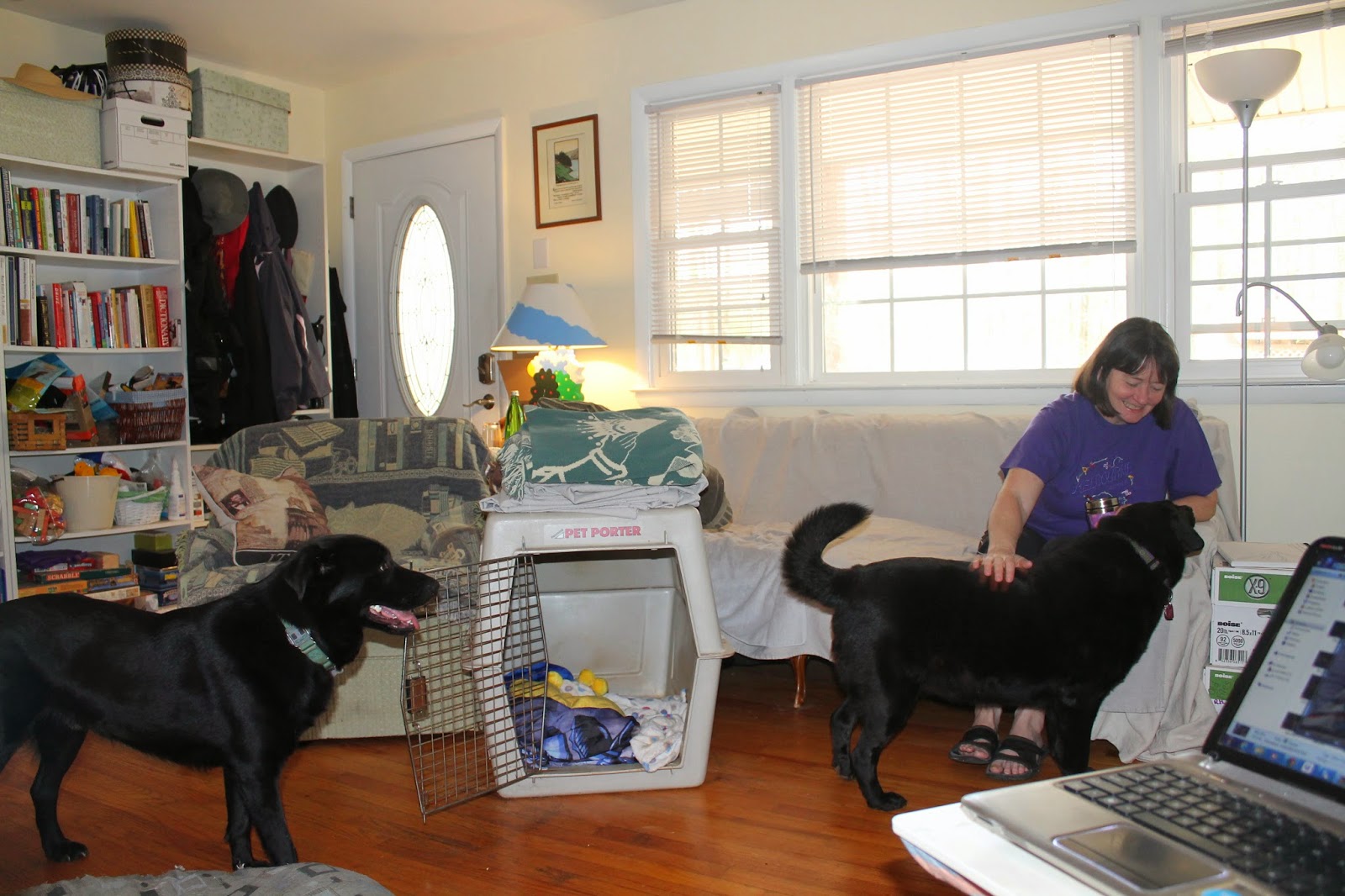 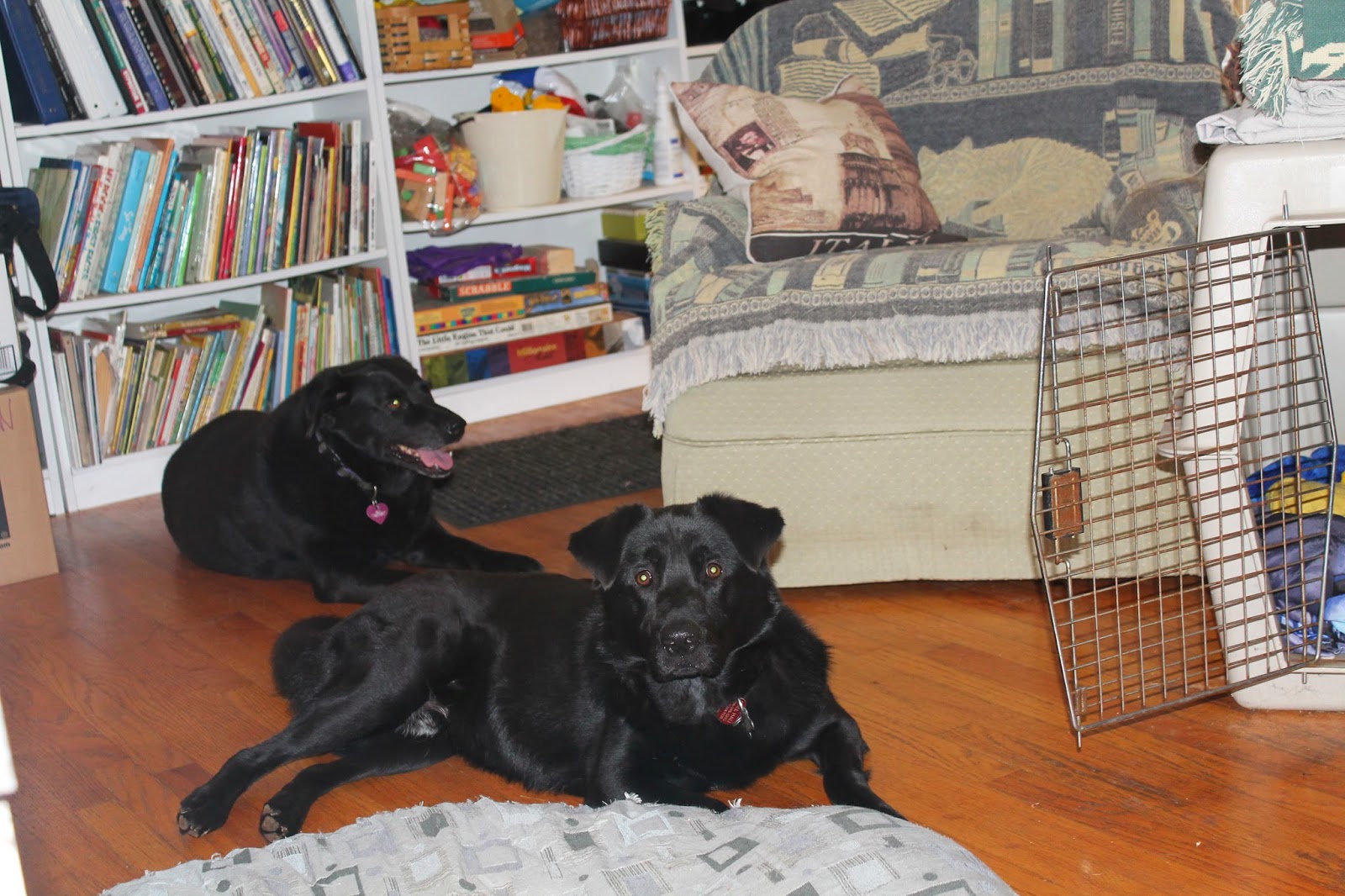 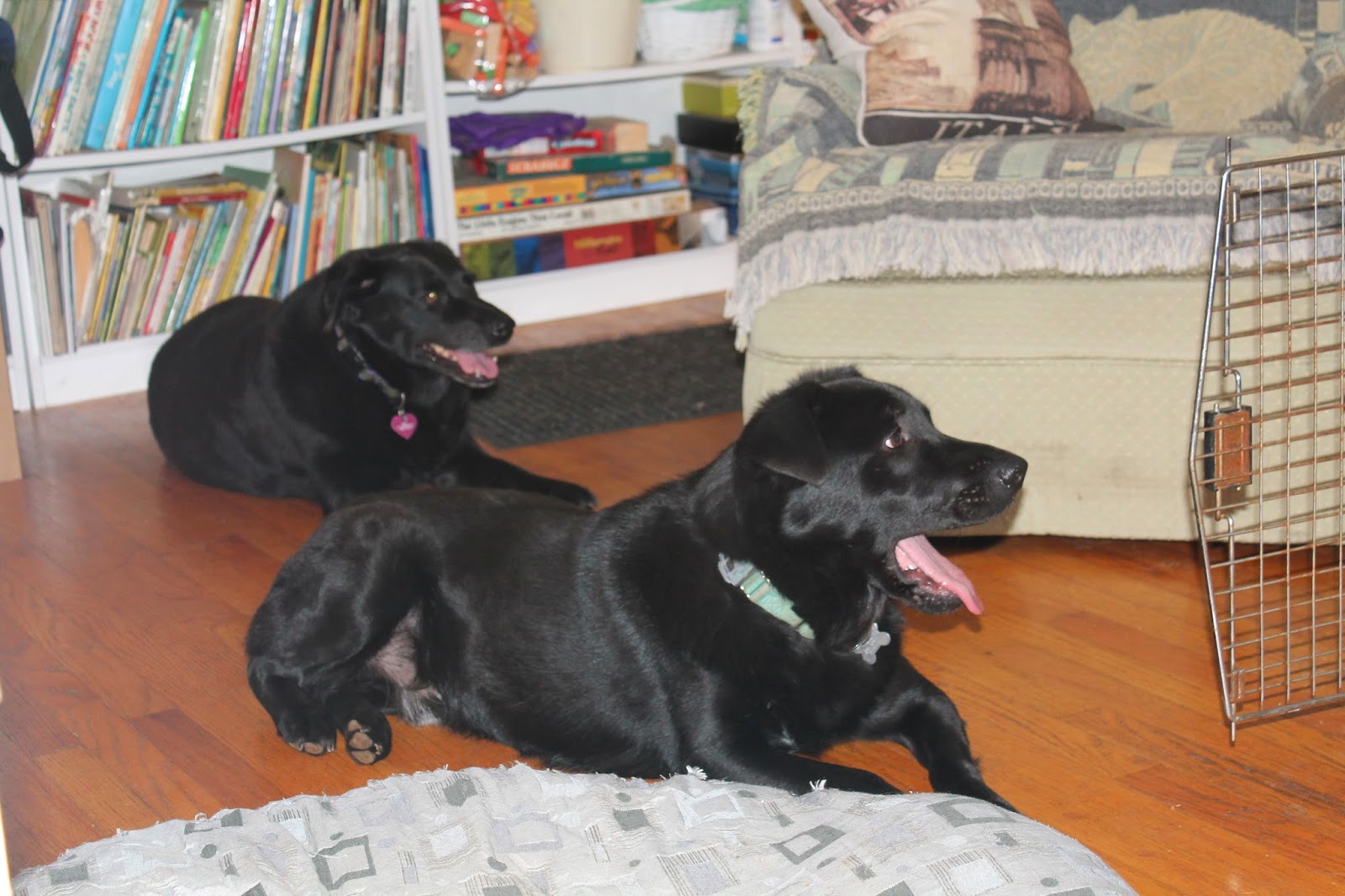 Reggie on the Sofa
Bingo sits watching the door: 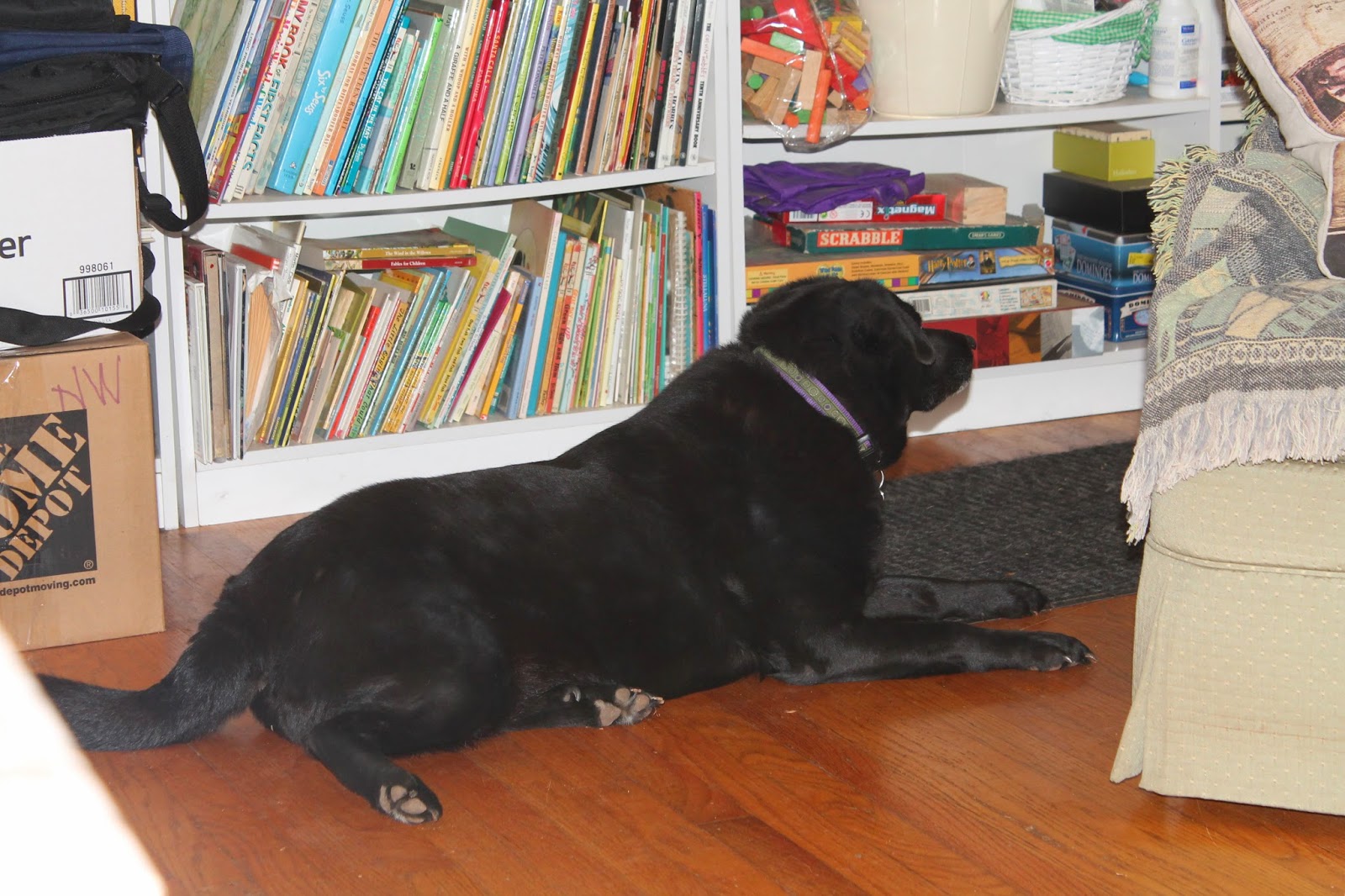 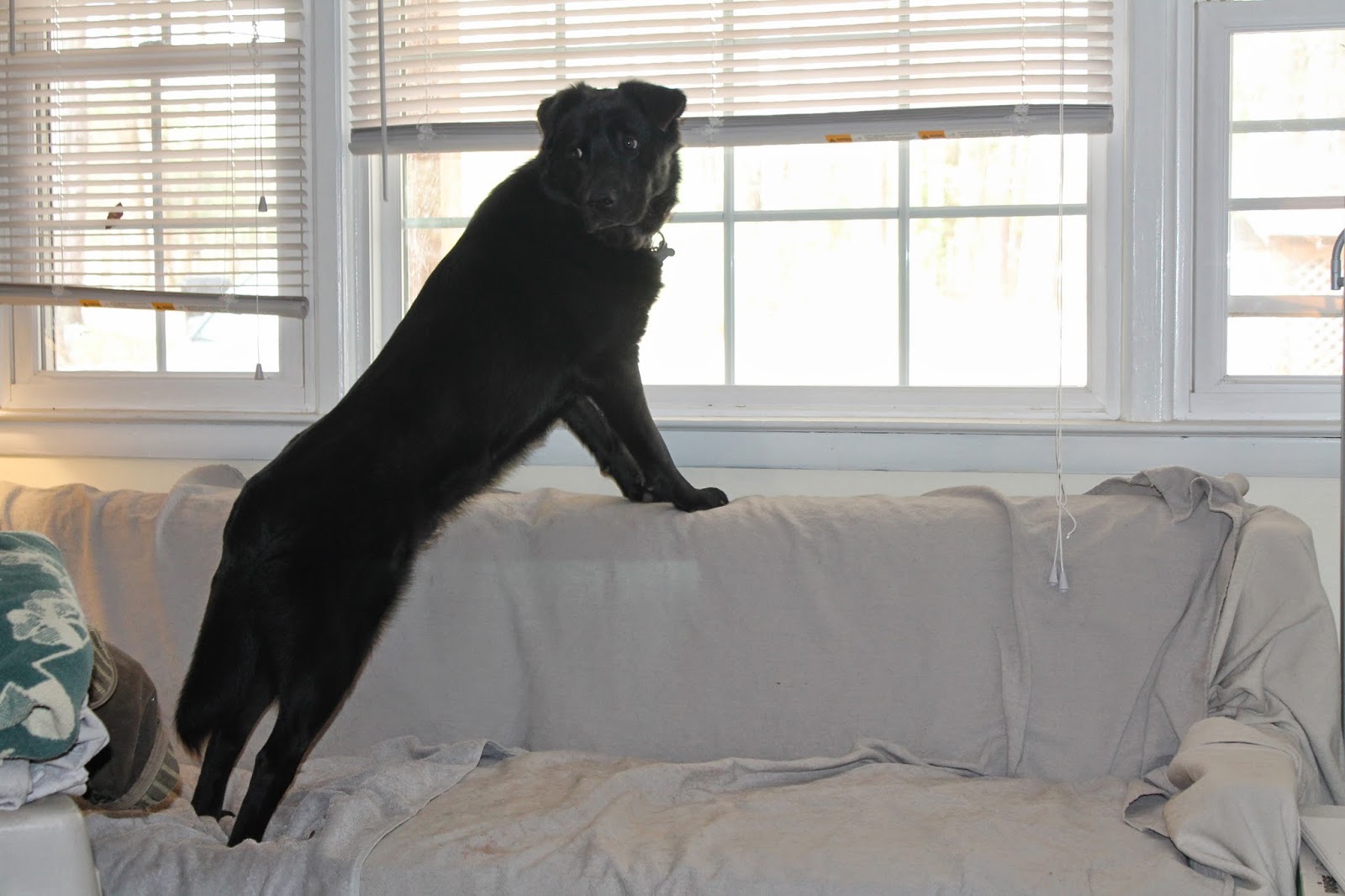 No vizzie from Tessa today. 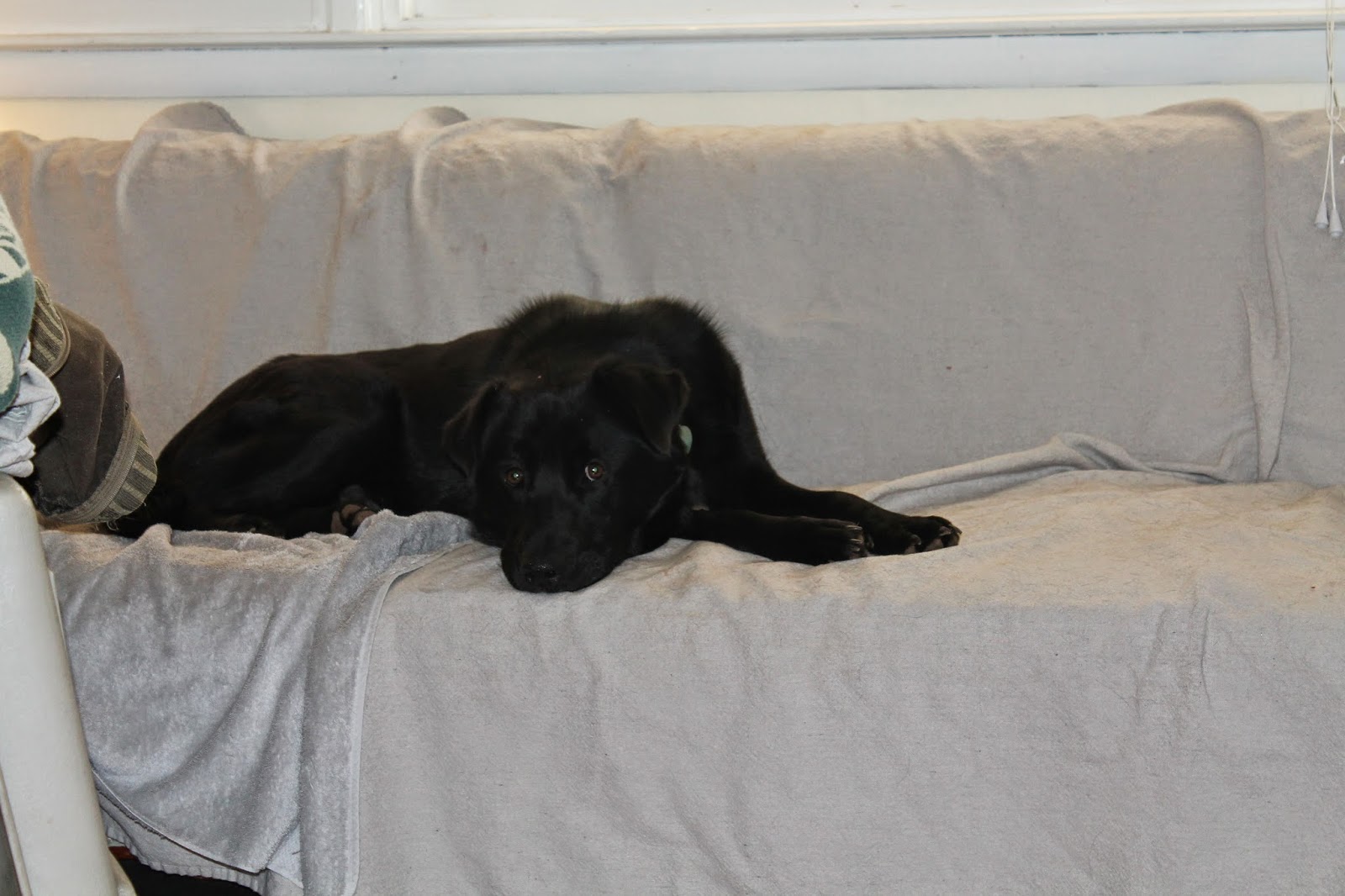 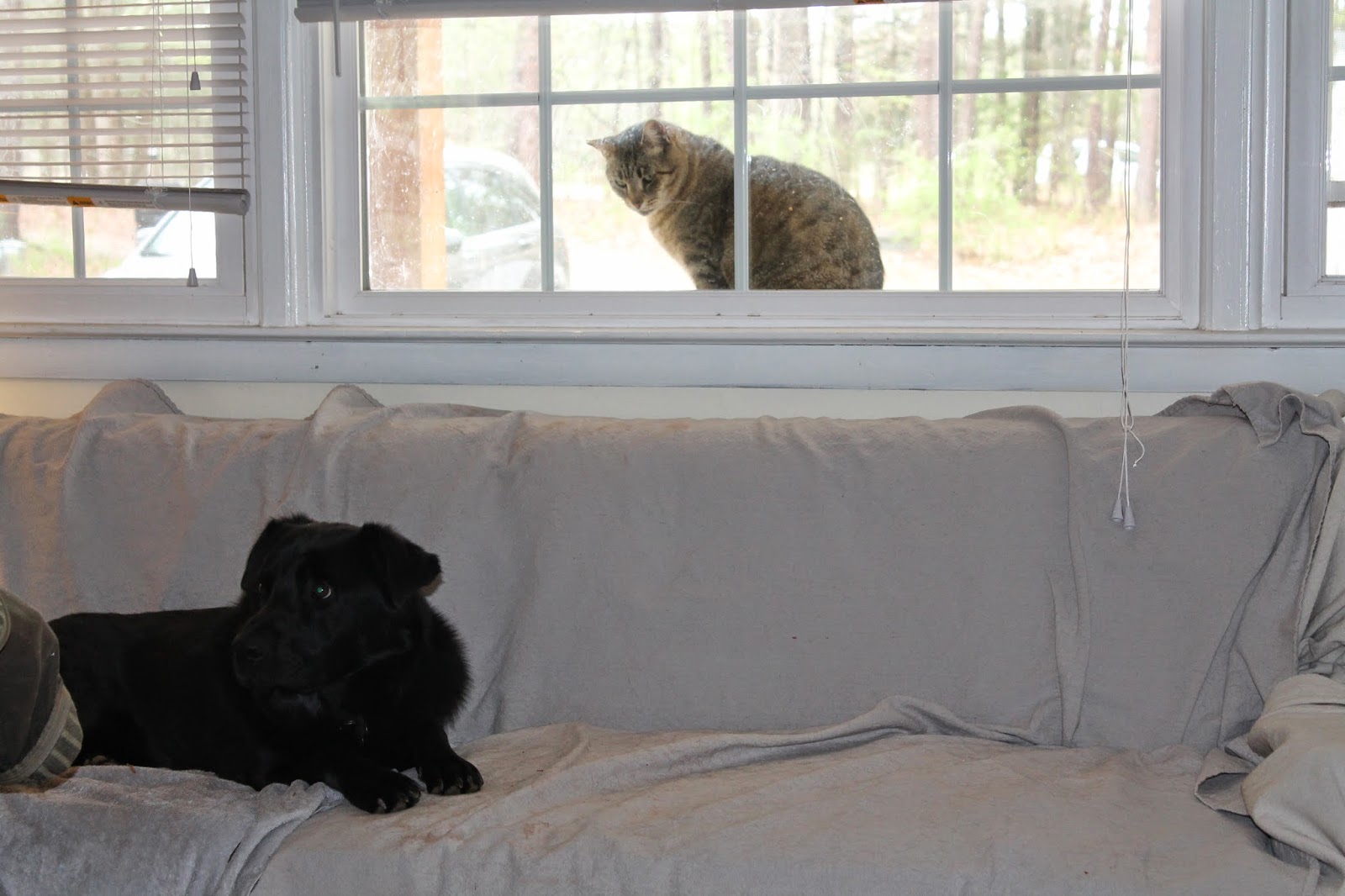 Reggie's spidey-senses aren't tingling under Bob's watchful cat-gaze, but he gets down:

RoRo Vizzie
Ro is really into Spiderman which he doesn't watch. But there's a Legos Spiderman character on the Legos program that he watches. He said, "Hang on, Auntie HaHa. I'll throw an invisible web so Bingo won't go too close to the lake!" 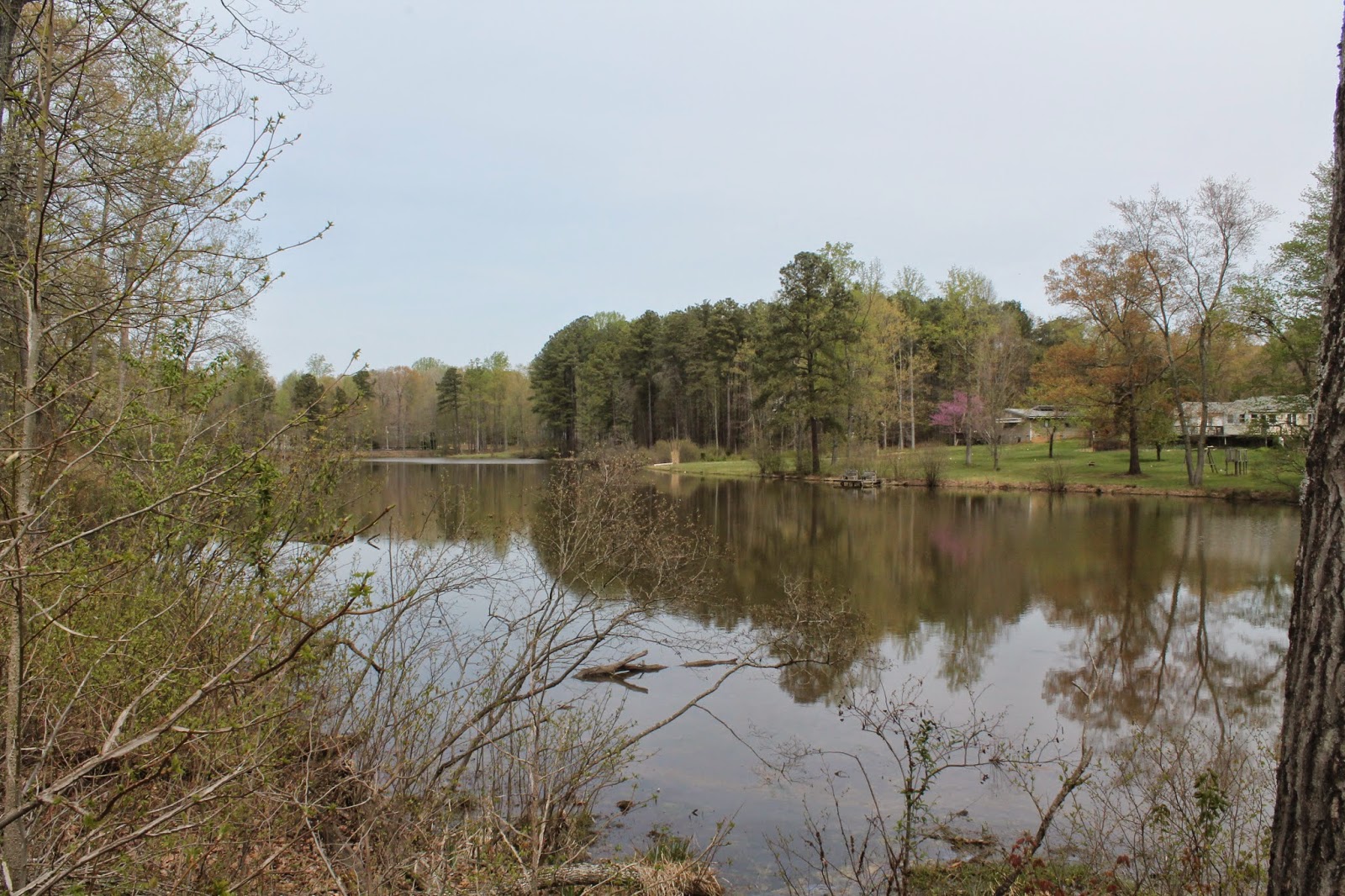 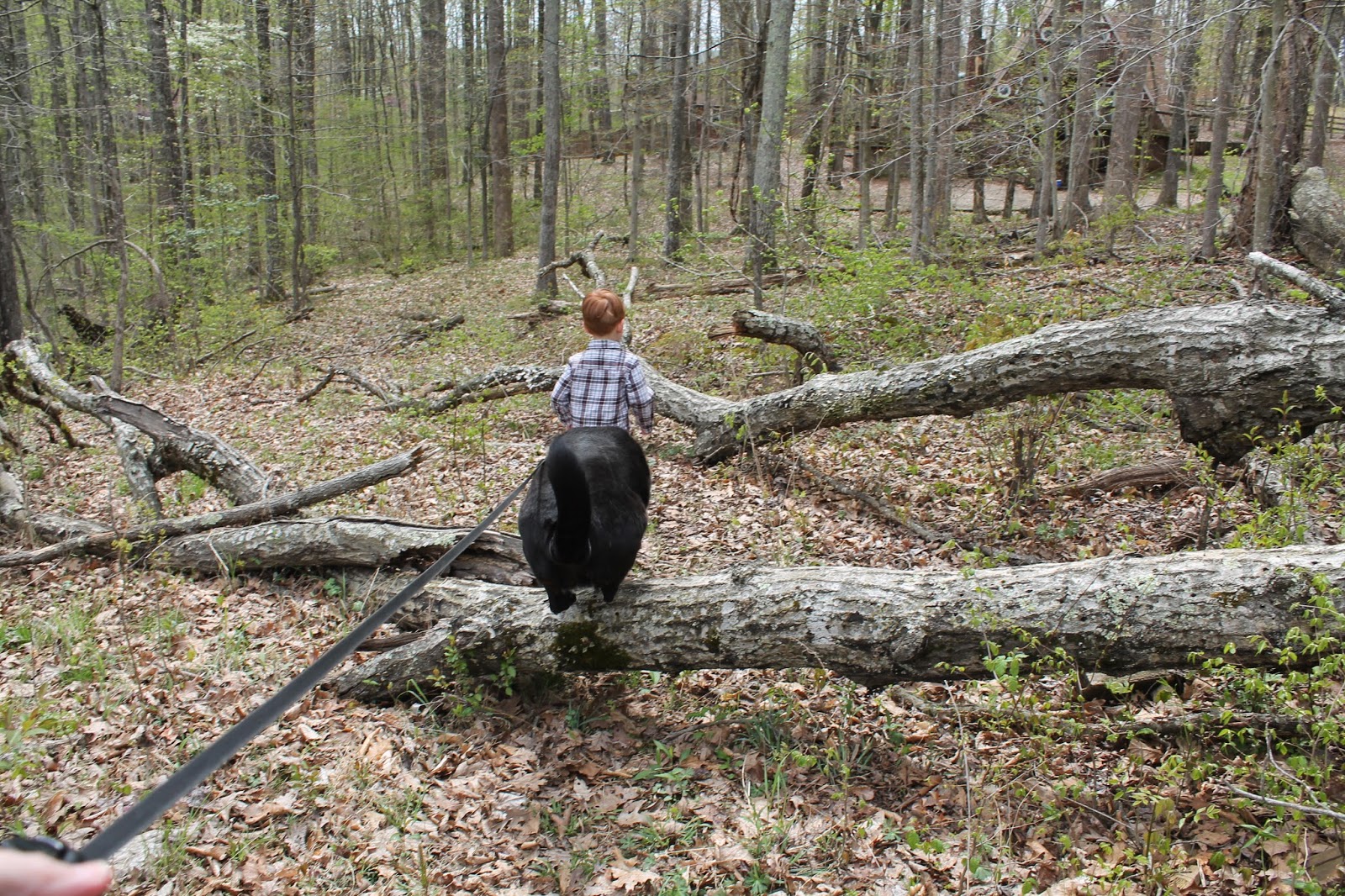 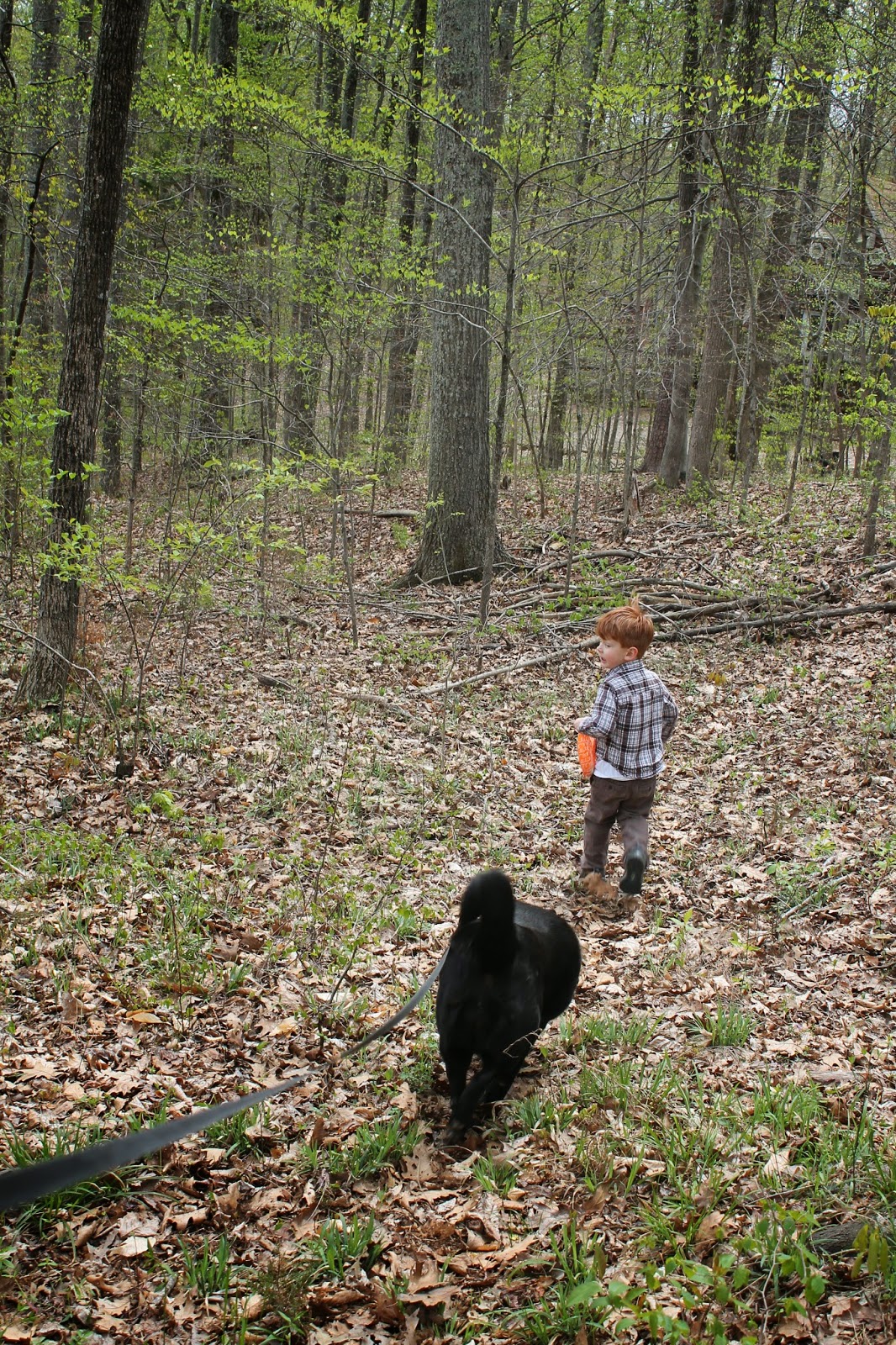 Back in the Yard 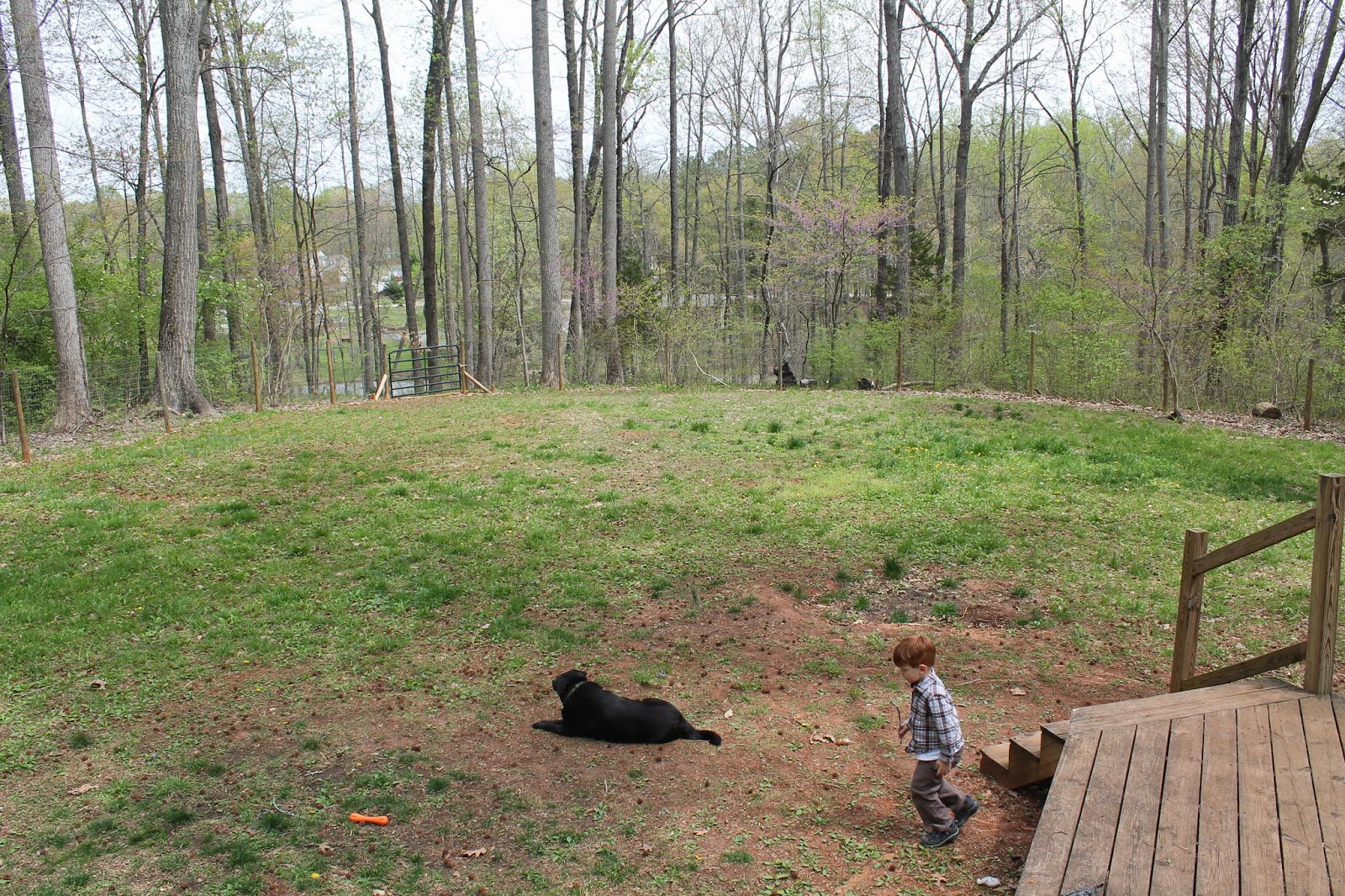 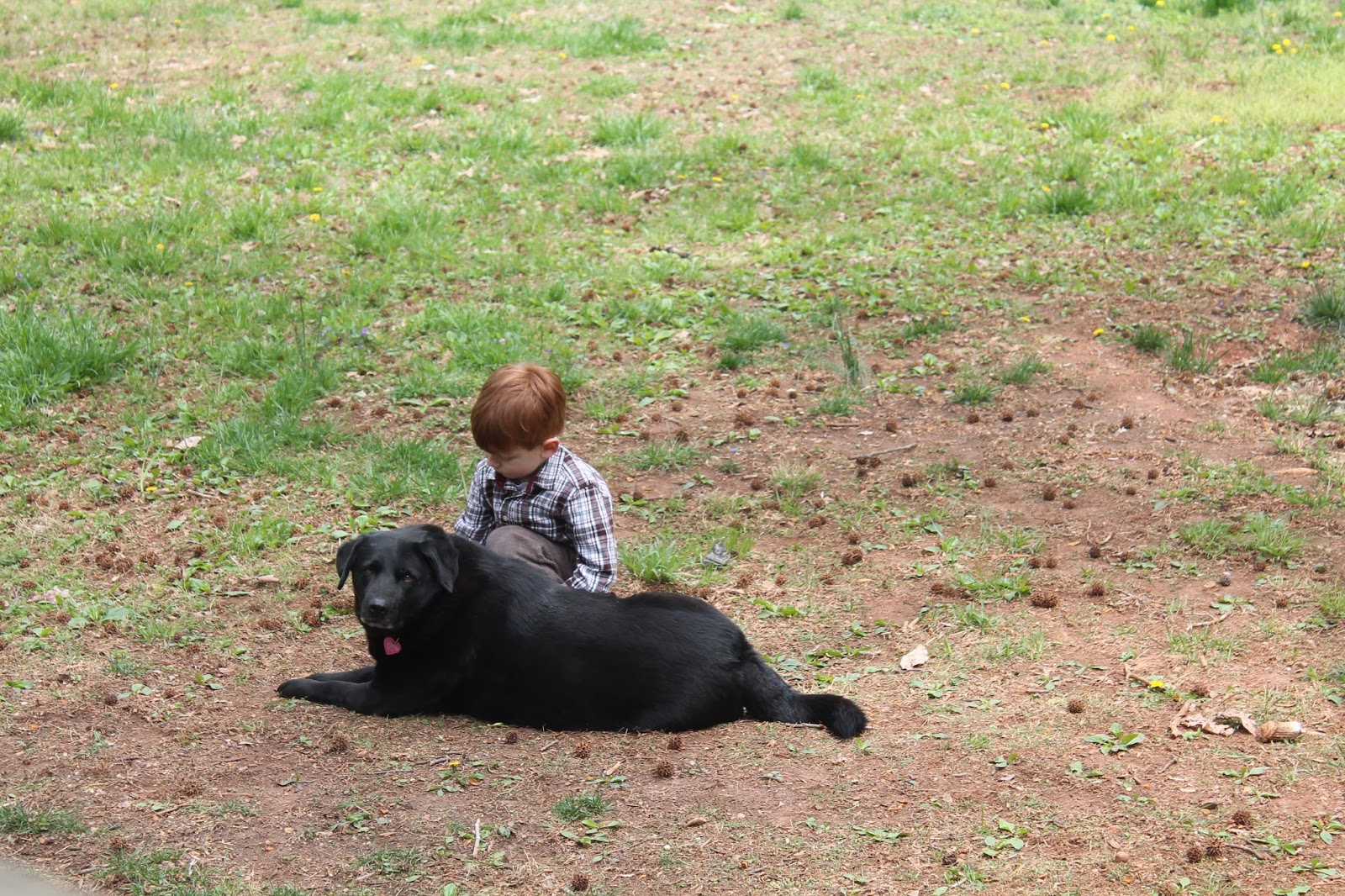 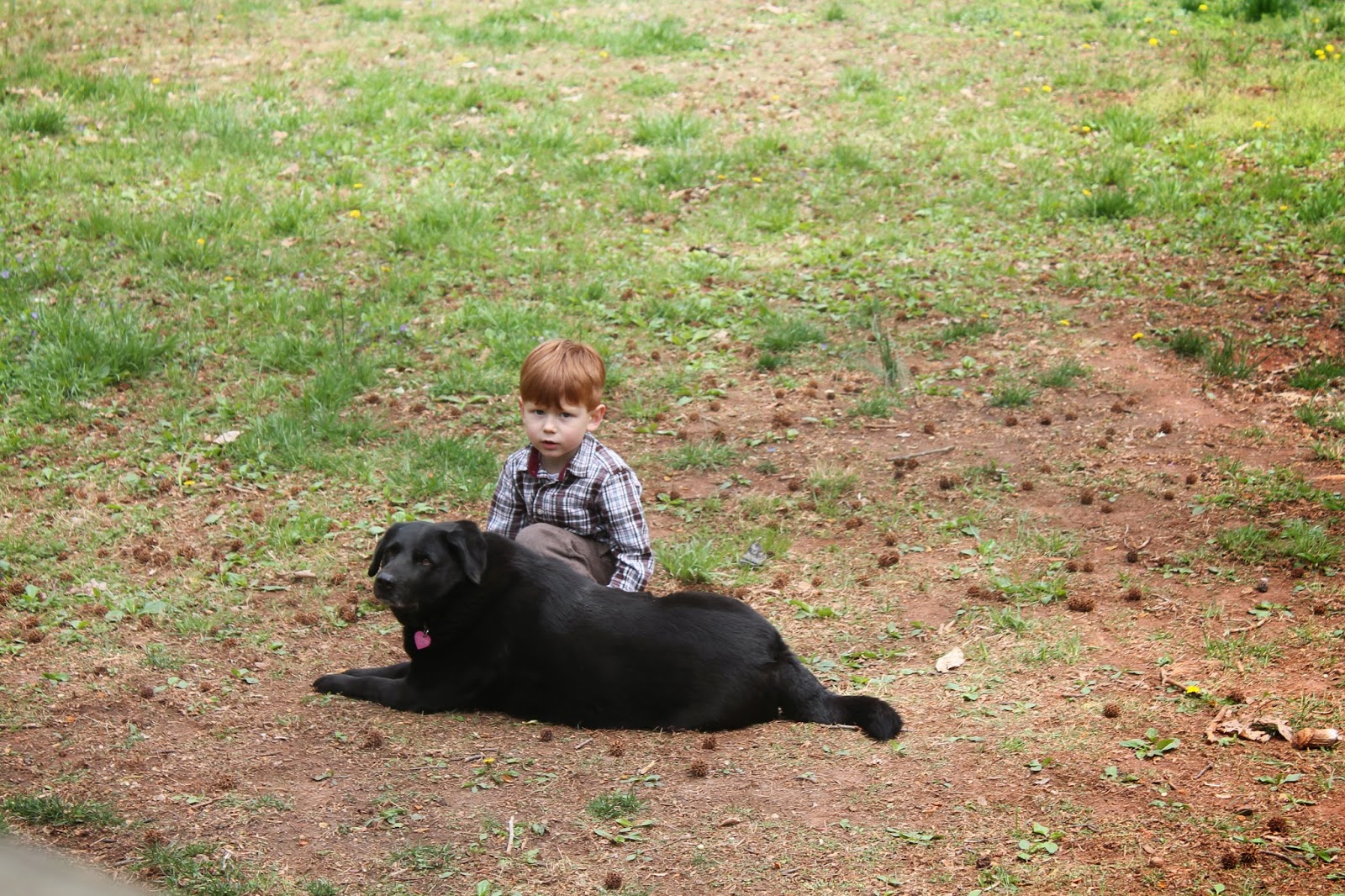 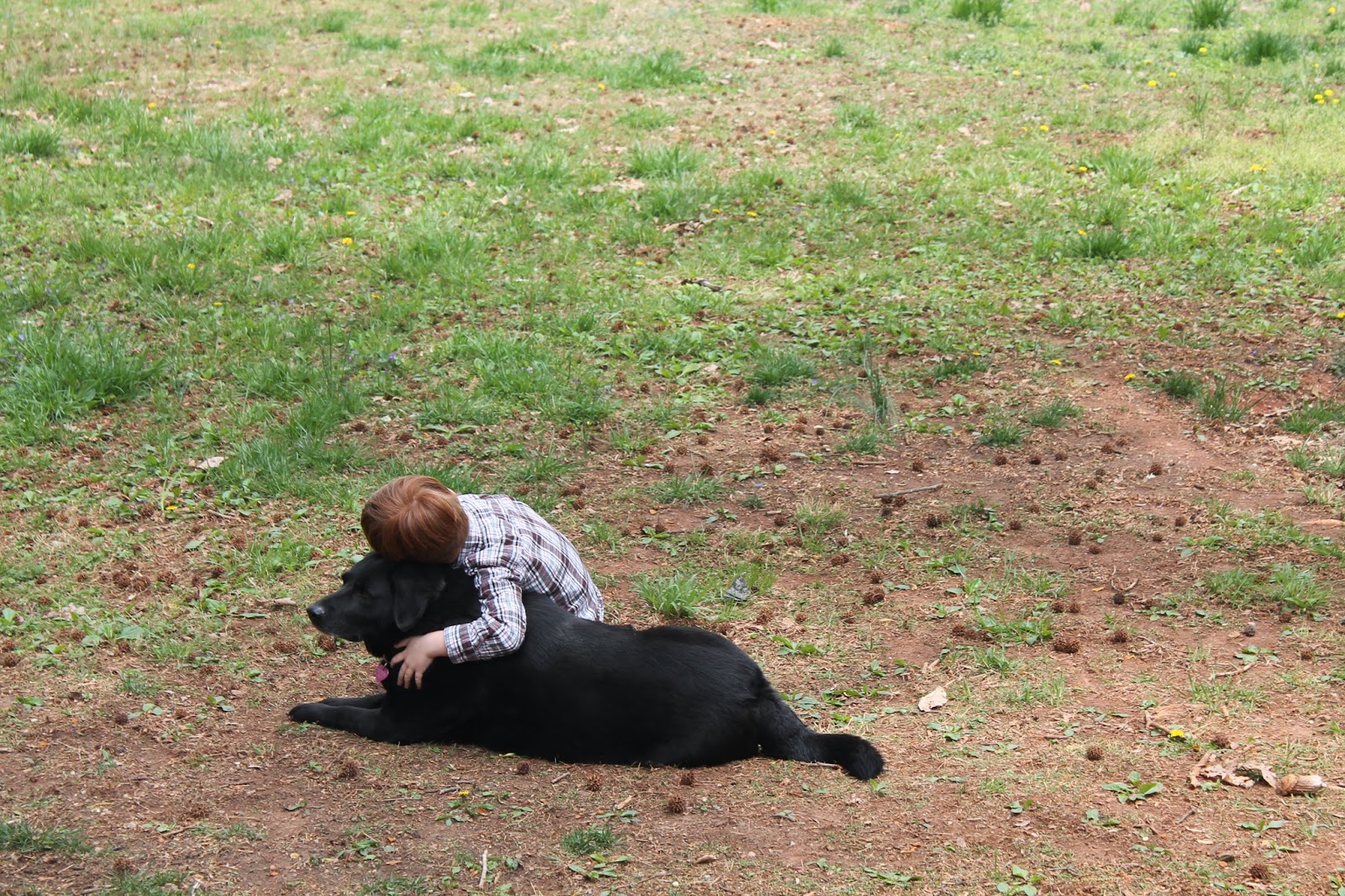 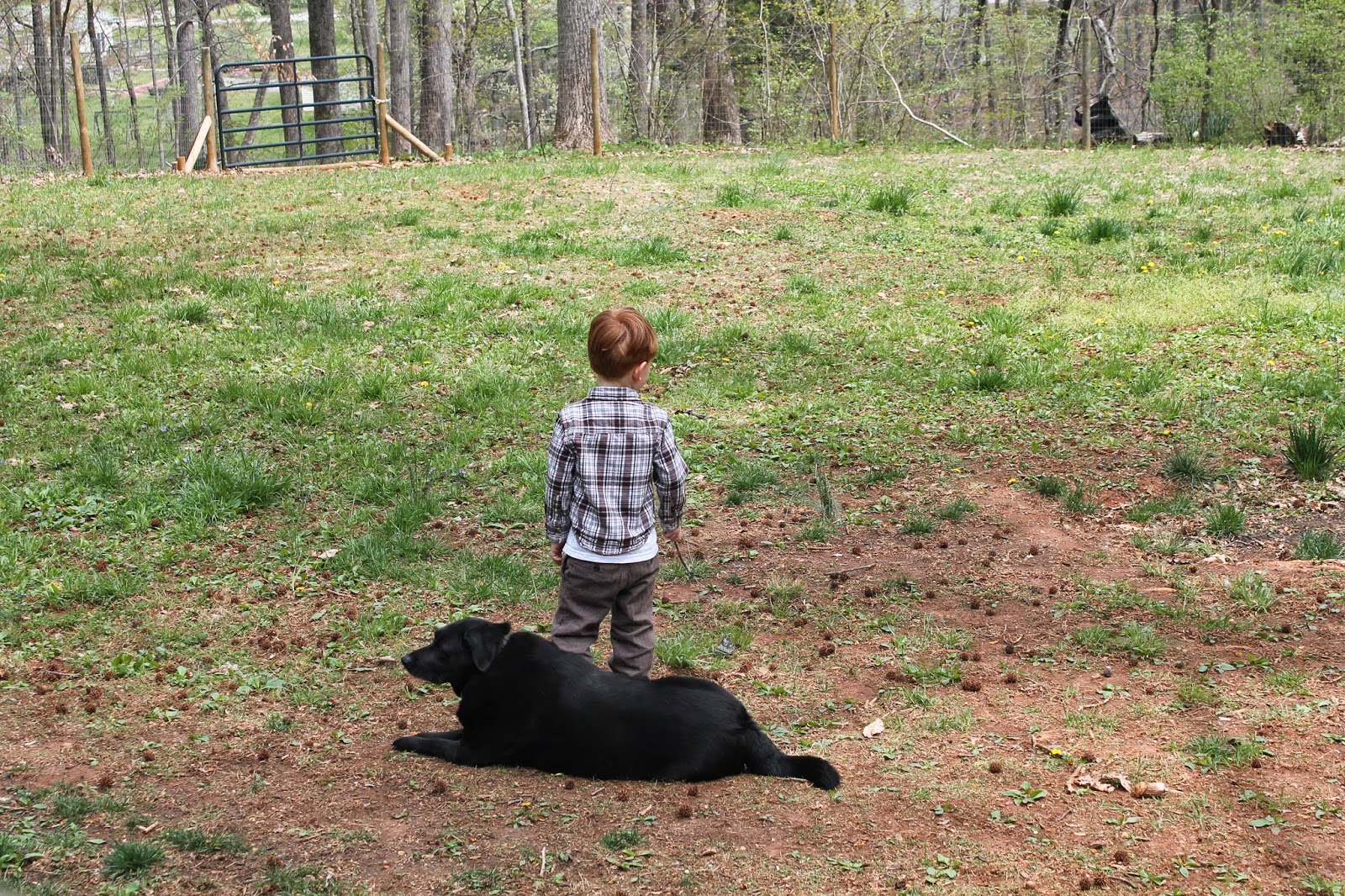 He was sitting there with Bingo and he said, "Hey!  It's pretend raining!" And  then he looked at Bingo and said, "Bingo's going to get wet in all this pretend rain." Hahahaha 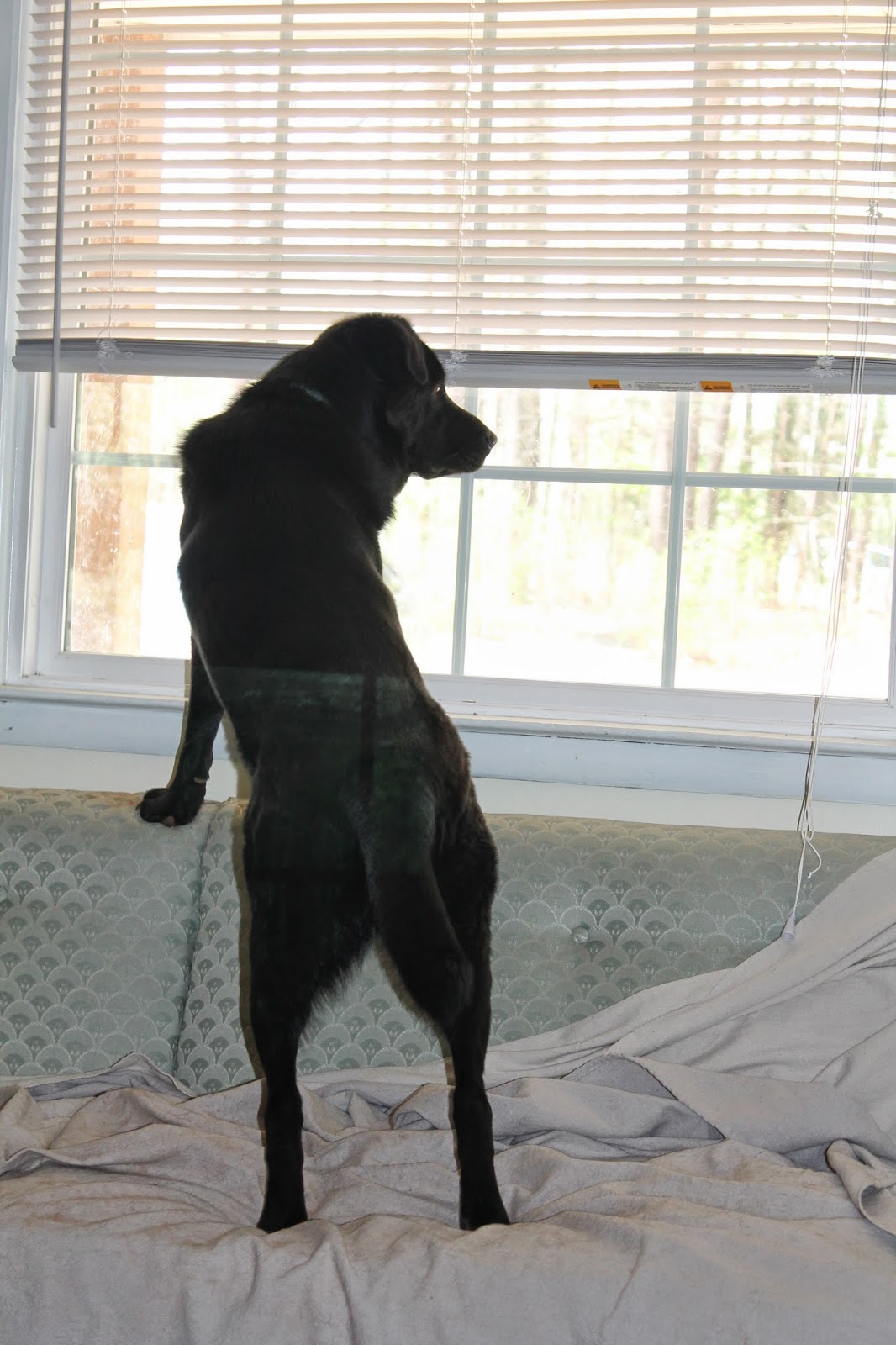 Easter
She was not all that cooperative! 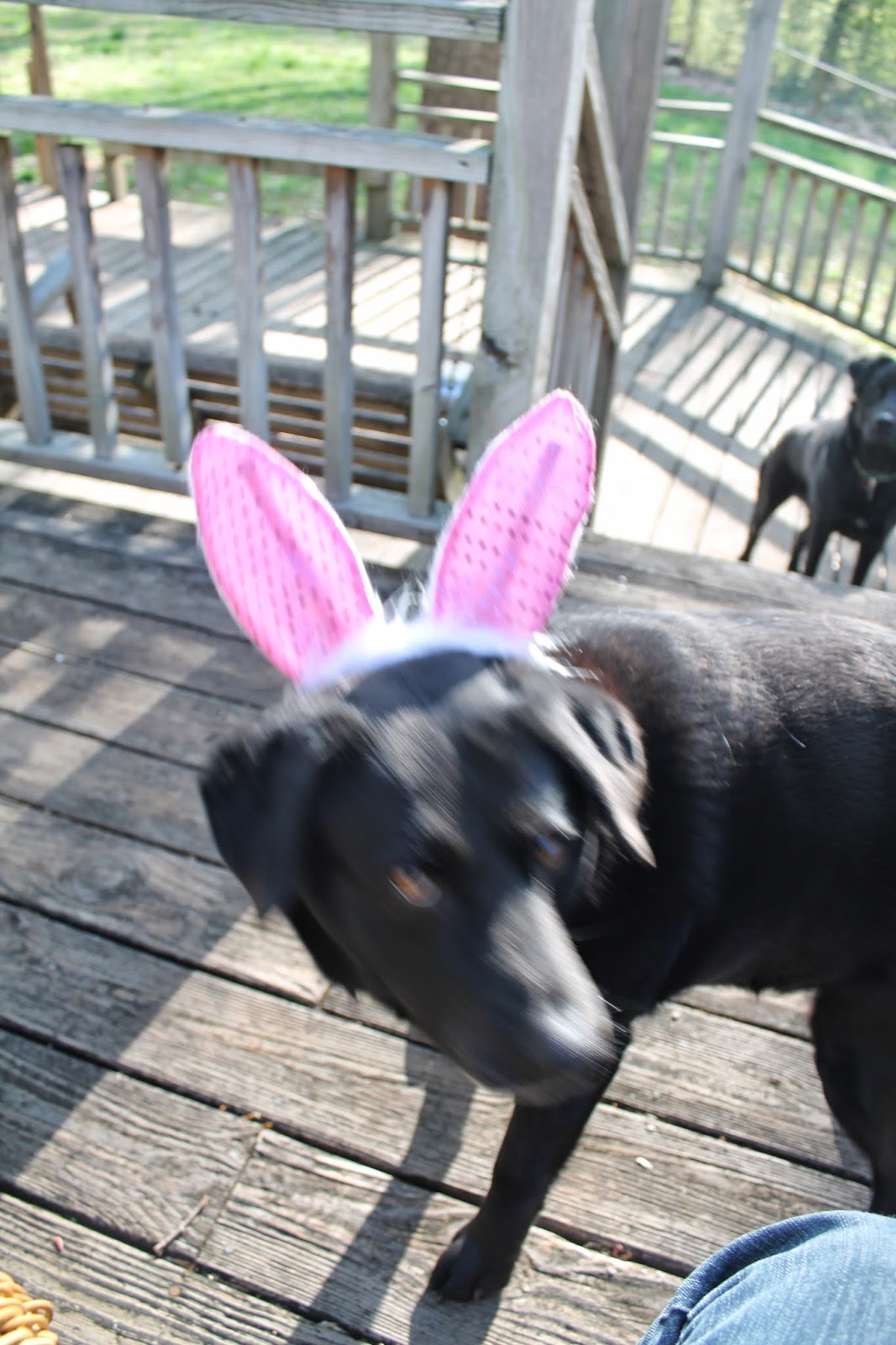 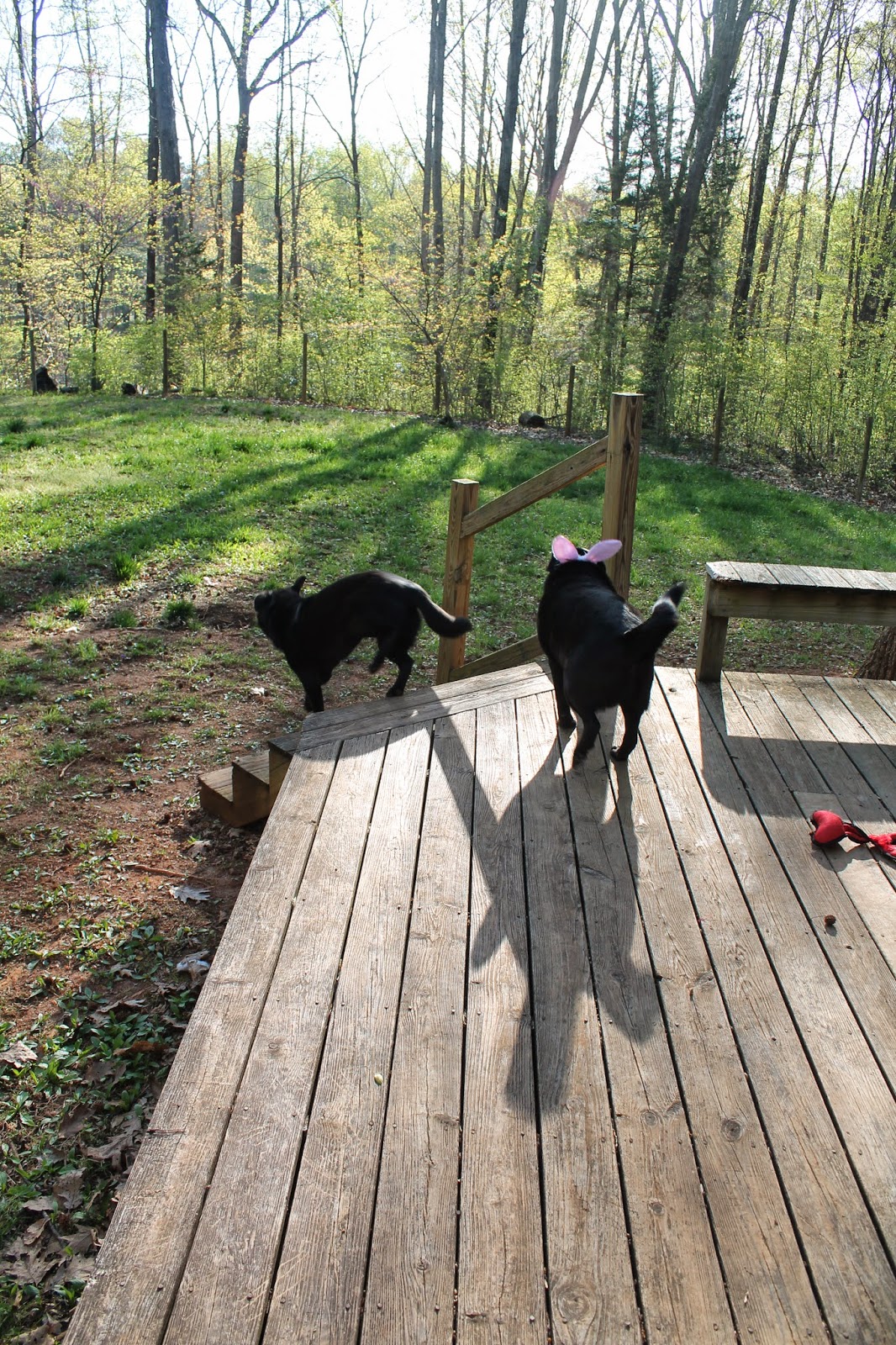 She shook the ears off and then Reggie grabbed them! I got them from him before he could eat them. Here's Take 2: 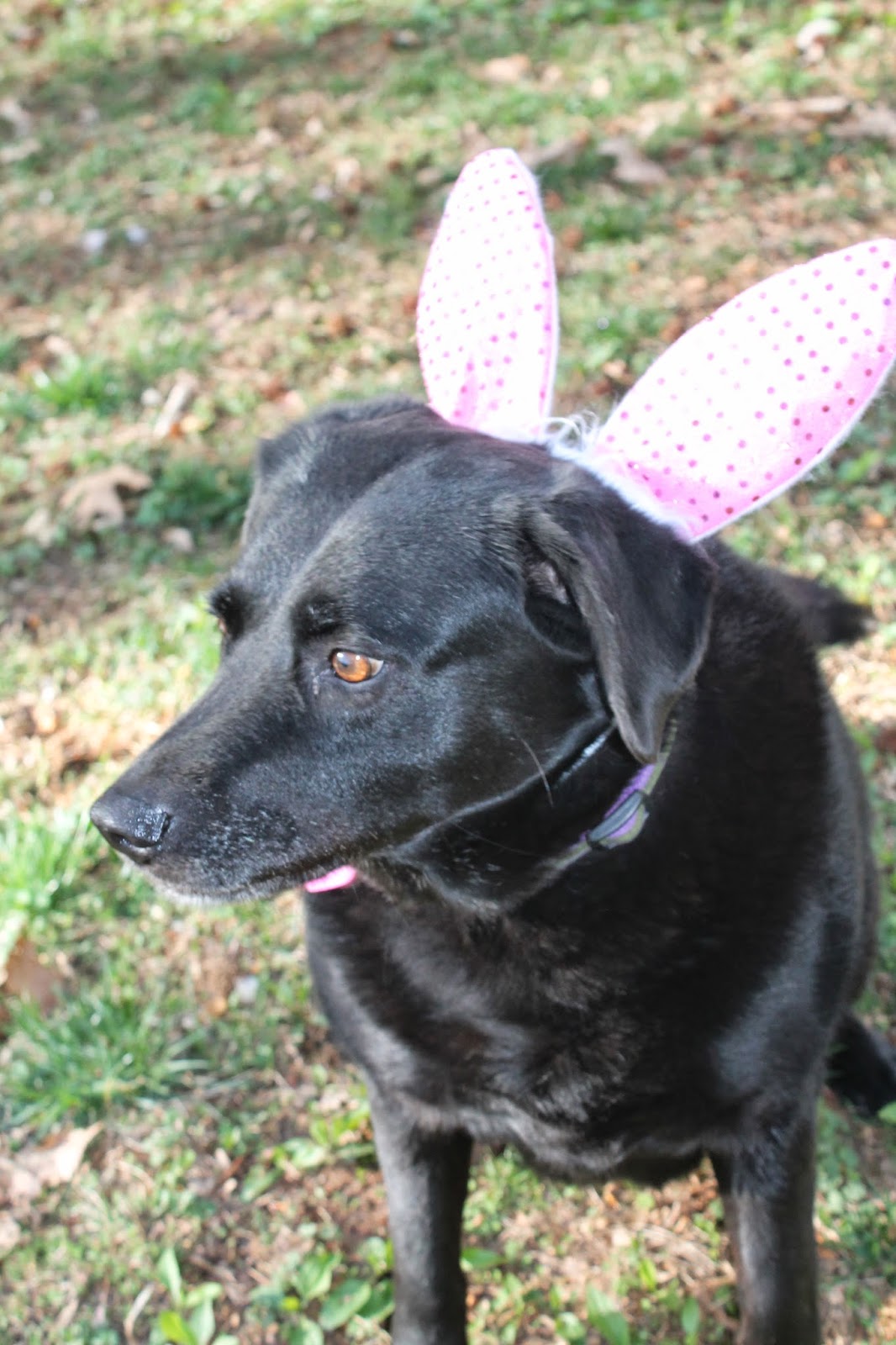 Last pic of Bingo & Reggie, playing in the yard: