Kim Wasielewski & I connected  via my labyrinth website & she sent me pix of her recently completed labyrinth. Here is what Kim said about construction:

Our house burnt down July 25, 2012. We lost everything including a beloved pet.  We had to rebuild so the whole house was gutted and in doing this found that the brick front porch was not built properly and it was rotting the wood that butted up against it. So the decision was made to tear down the porch, so we saved the bricks in hopes of doing something special with them. Two years later hubby said he would build my labyrinth with the bricks and so he did! 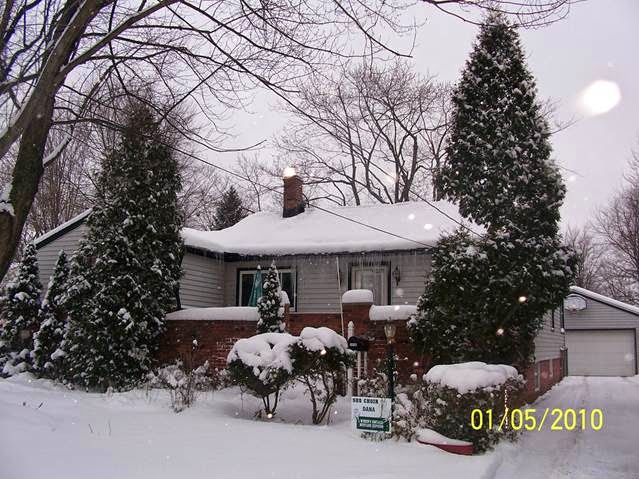 We were blessed with a cool weekend and went to work…hubby doing the most but he finally let me help toward the end. Since you start drawing in the middle, we decided to do a template on a tarp, lay the bricks: 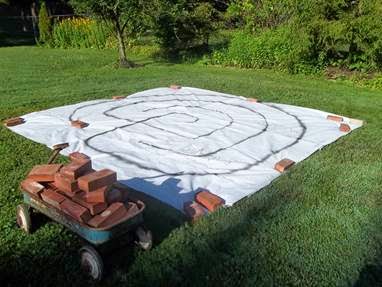 then cut away the excess as we went along: 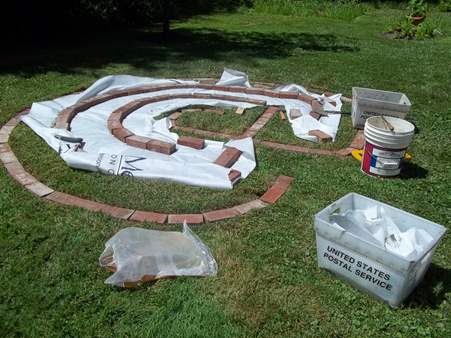 We filled with sand around the edges and made sure that the bricks were set in low enough so we could mow over it. 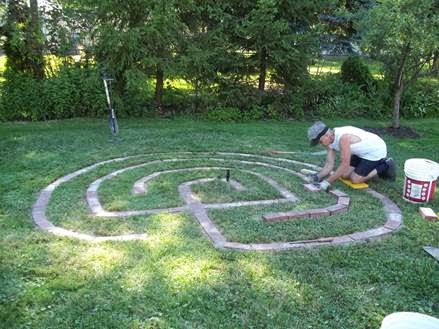 I gridded with quartz crystals and a malachite in the center..felt right!

Here's Kim in the finished labyrinth:
Thanks so much for sharing, Kim!
Posted by Hali Chambers at 12:30 PM

I love this post! I am contemplating building a labyrinth and this really helps! Thanks!