Sofa Destroyer
Perhaps "destroyer" is a bit harsh. "Sofa disturber" might be more accurate. Anyway, see this little guy?  He likes to wiggle his way in between the cushion and the back of the sofa: 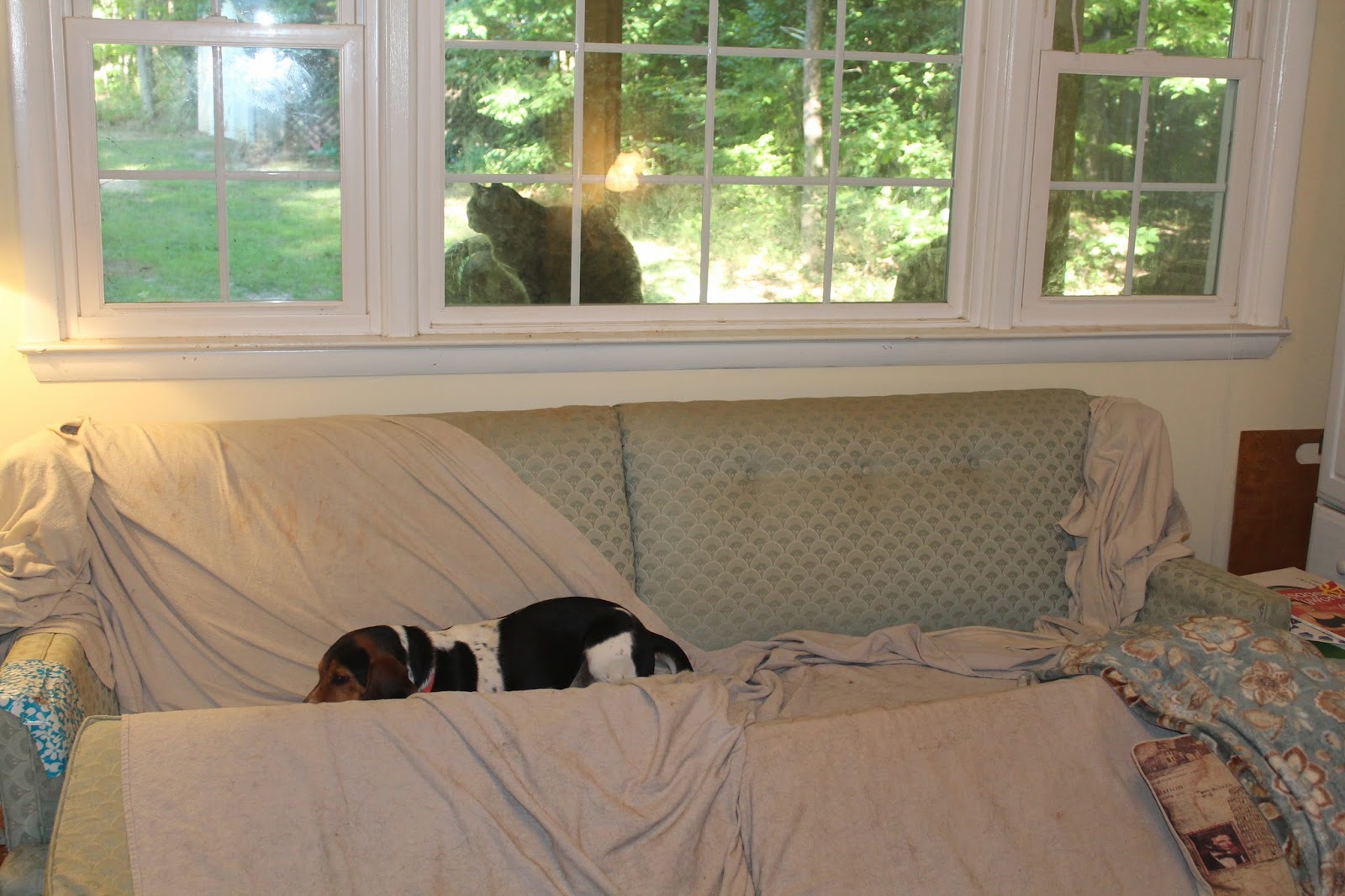 This is one of Buddy's spots: 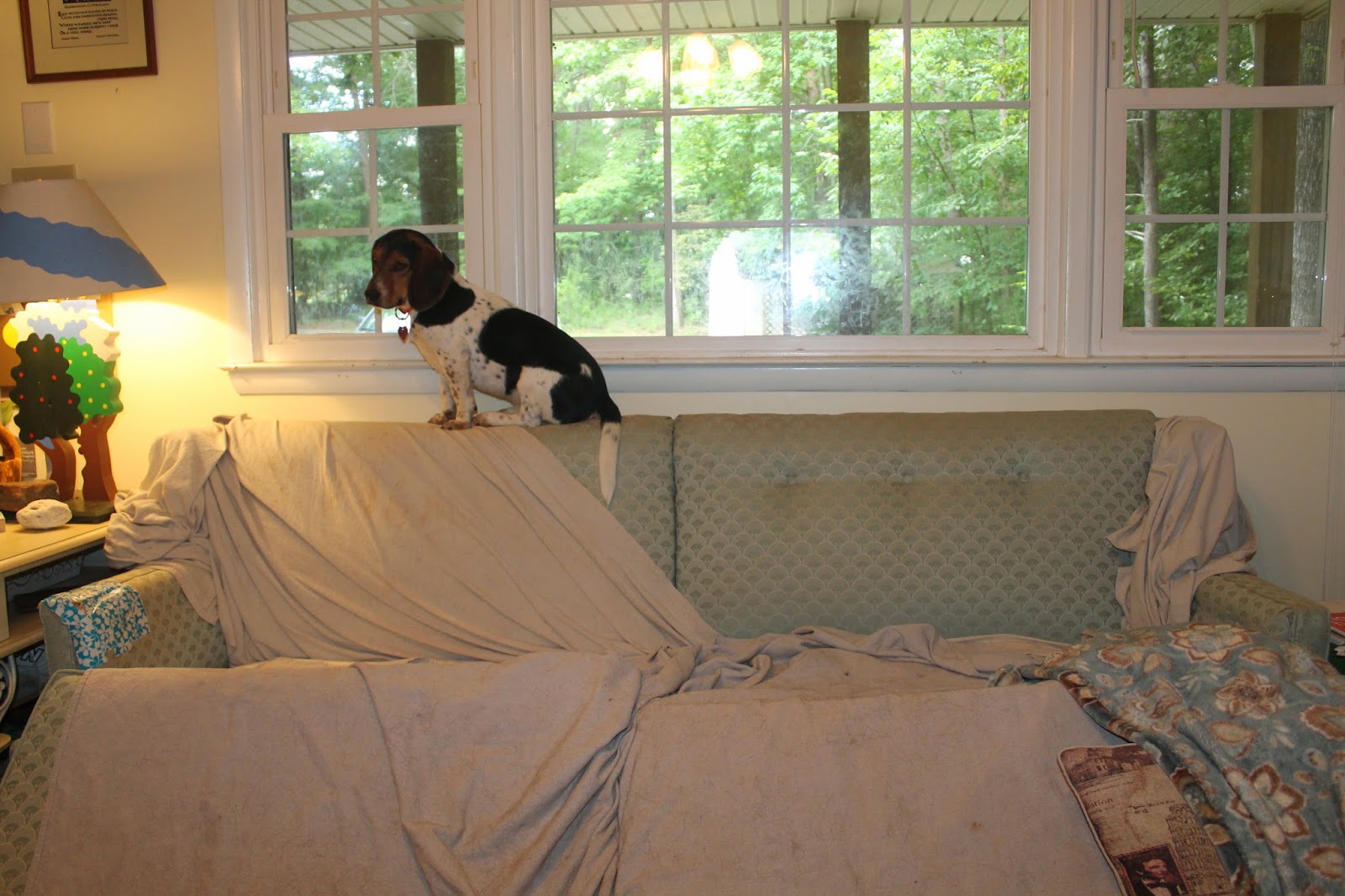 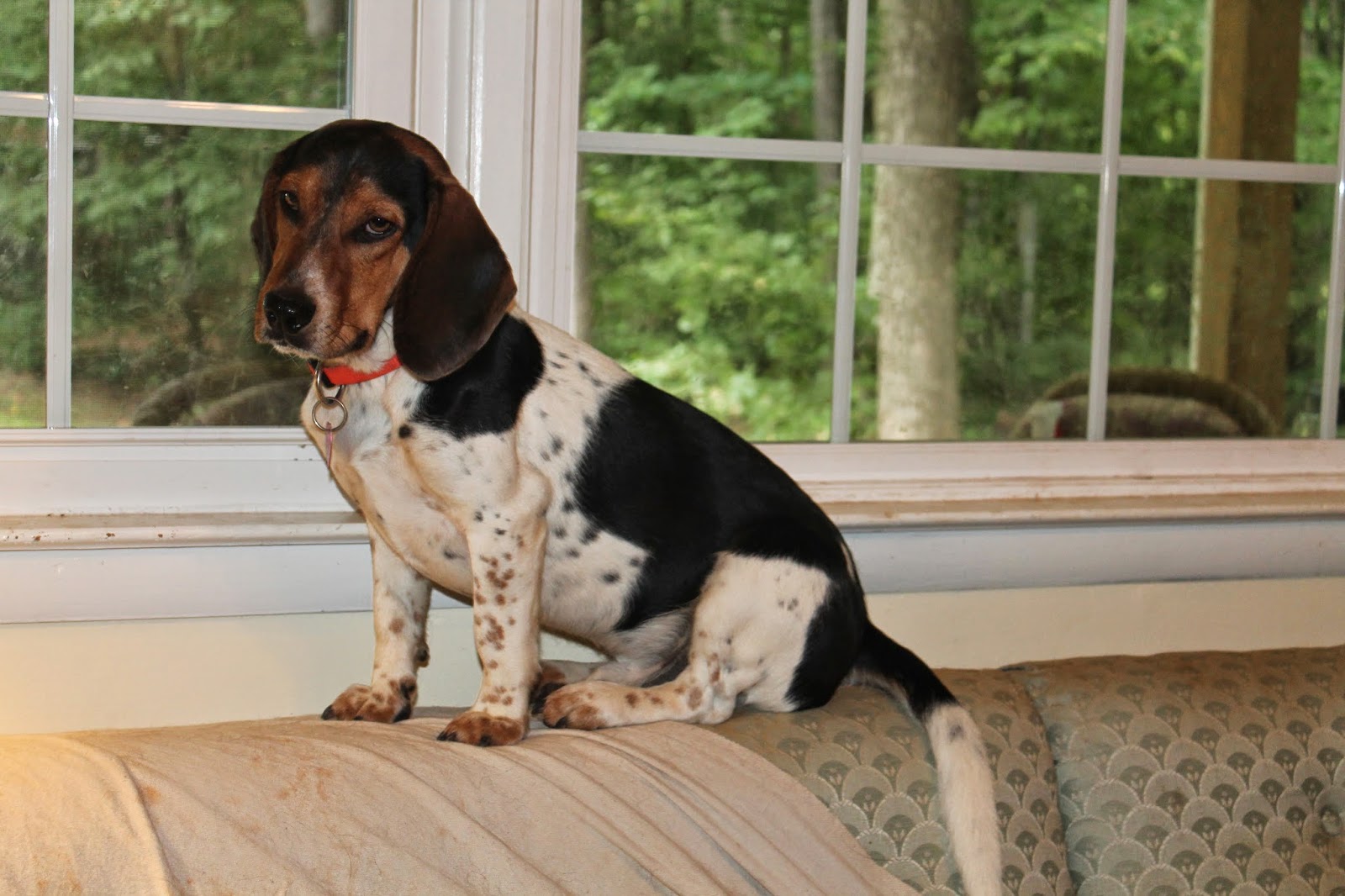 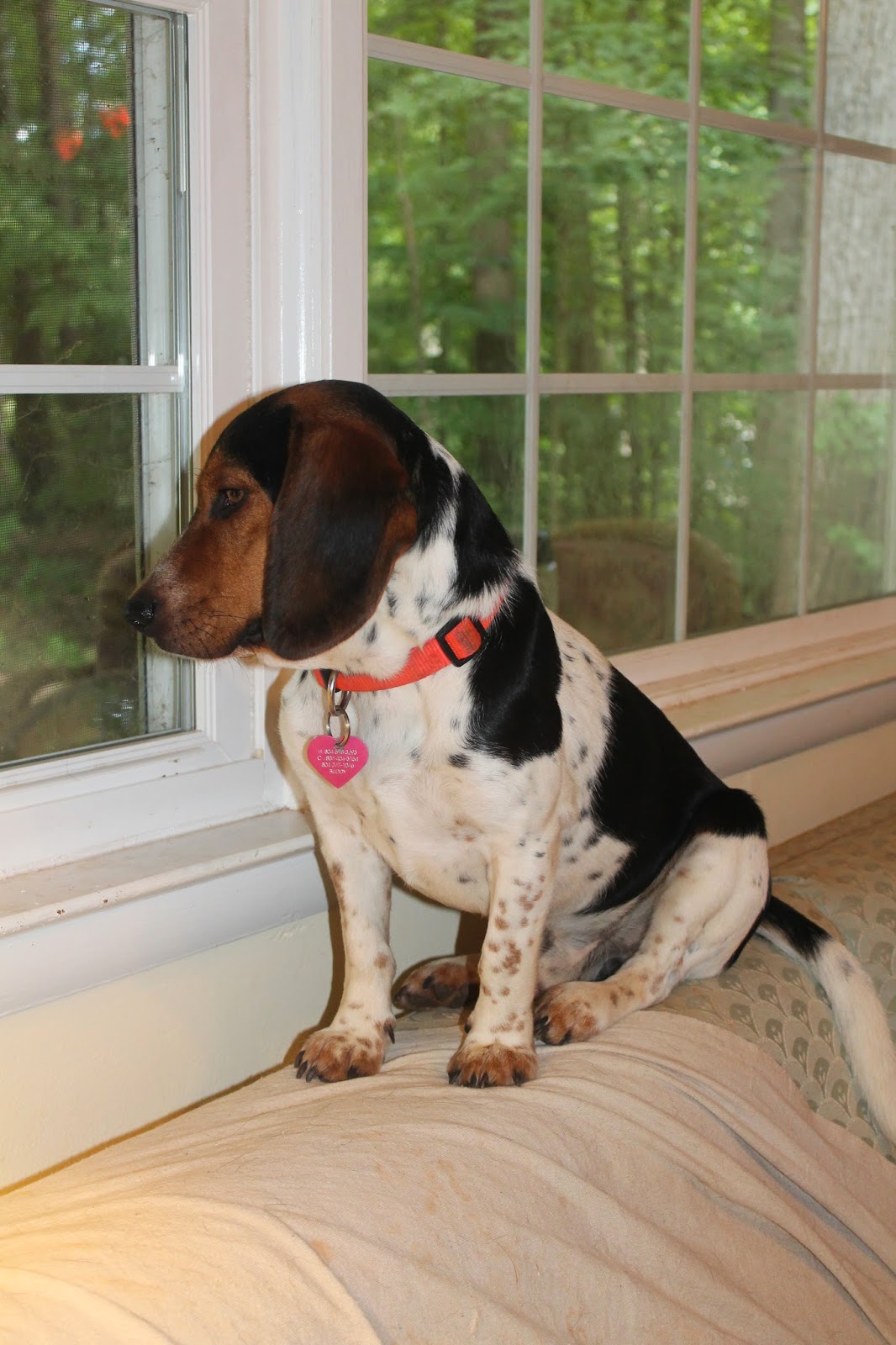 Nap Time:
Doesn't it look like he just spilled down in a sofa avalanche?
While he was off, I took the opportunity to tidy it up: 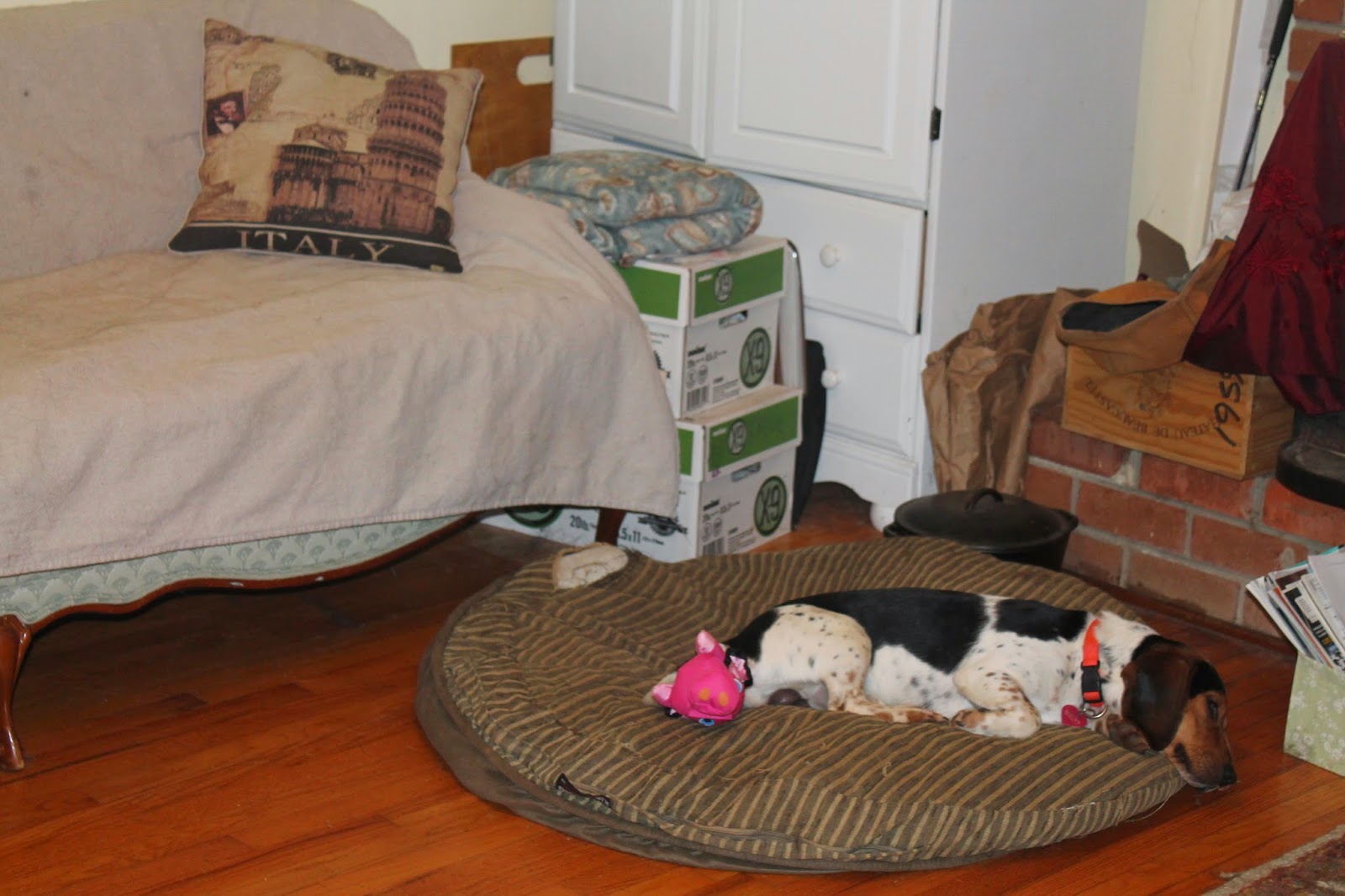 So on Tuesday, I took Buddy in to the vet to get neutered. While I don't like to mess with a dog's hormonal system, I also don't like that he kept marking things in my house. This was the main deciding factor; I wanted my house to stop smelling like a beagle urinal. Outside! Big boy beagles pee outside!  Buddy had to stay overnight, so Reggie took the opportunity to steal Buddy's toy pig: 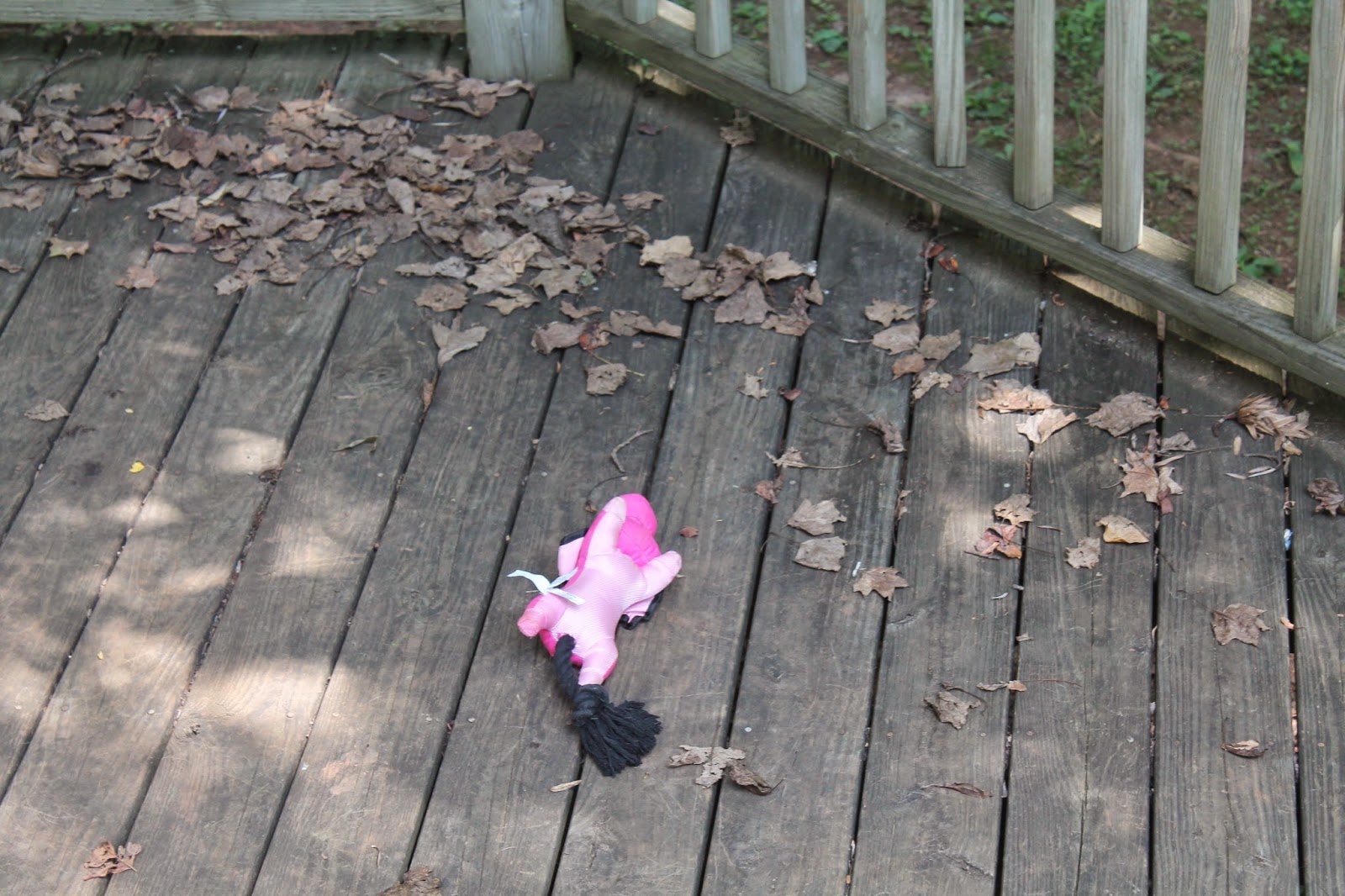 I didn't catch him in the act, but here he is investigating me: 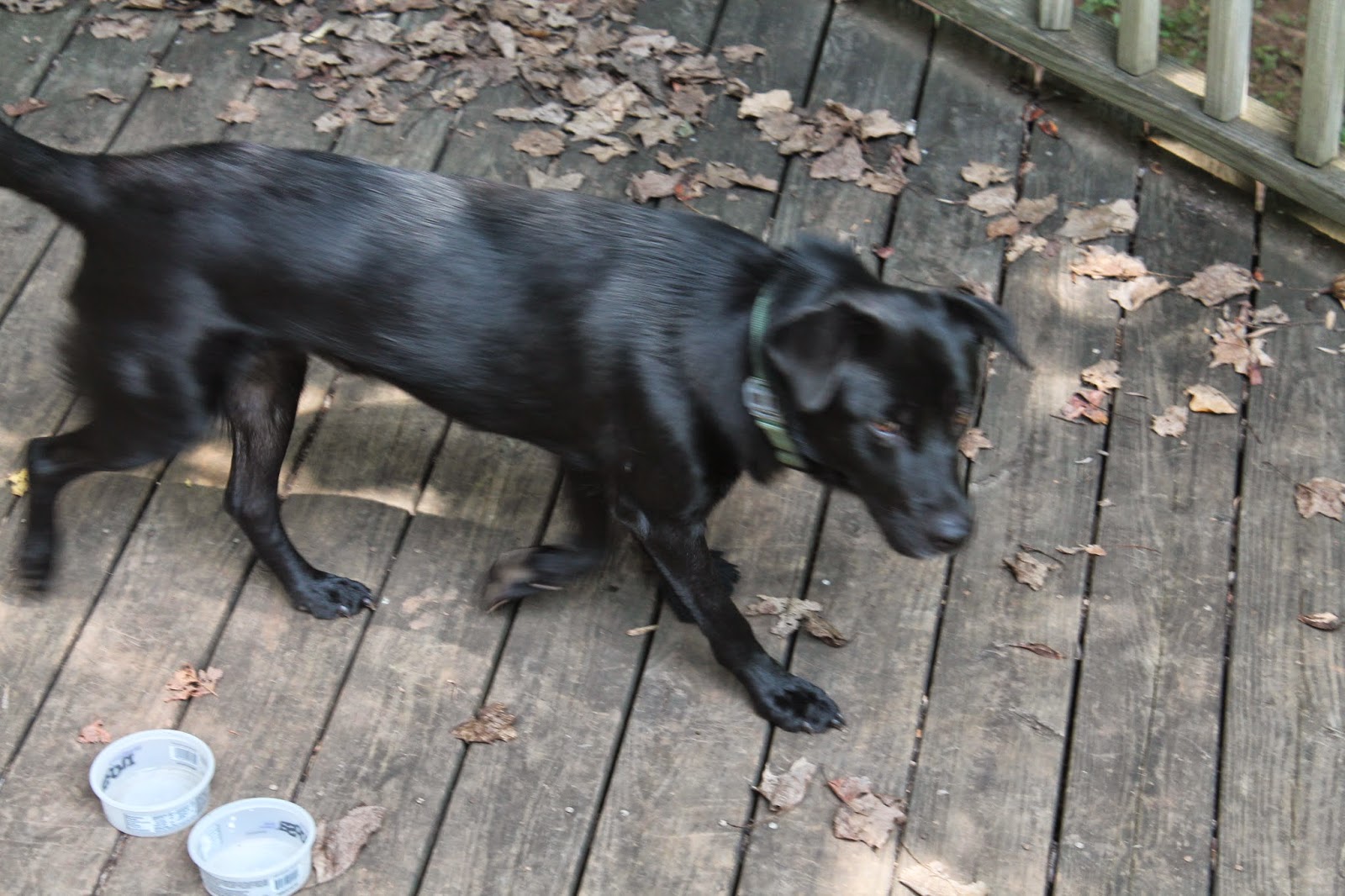 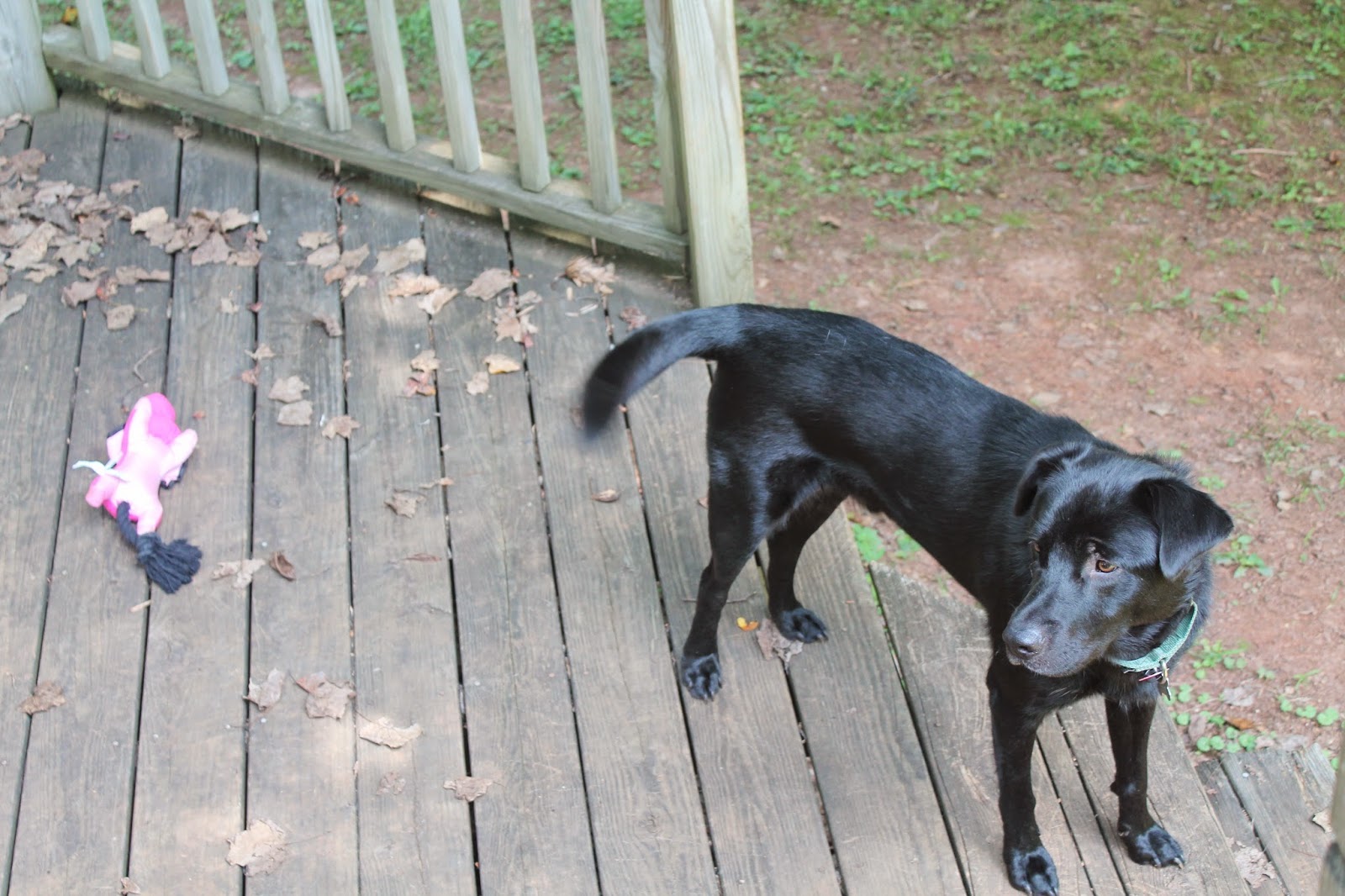 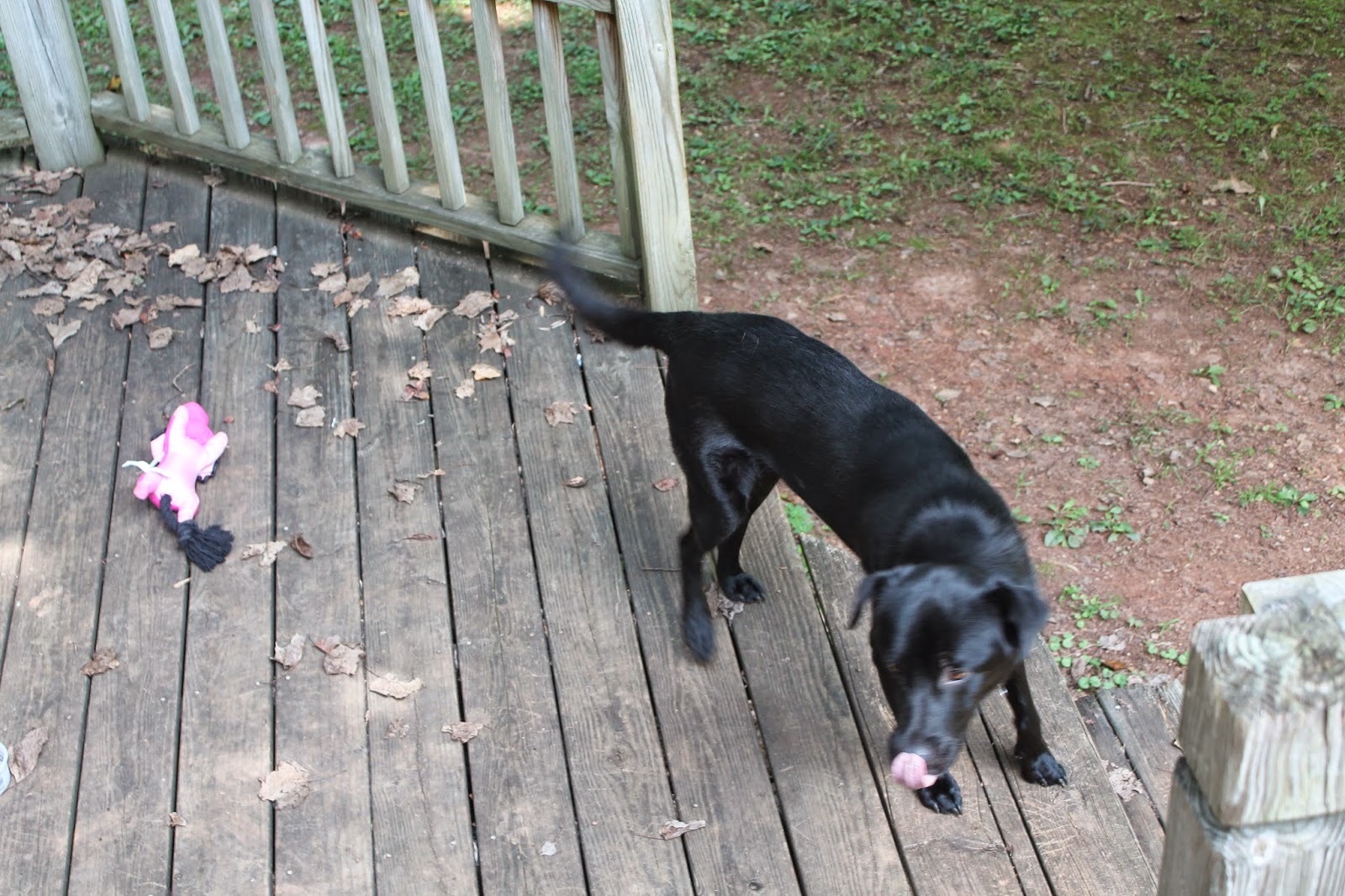 RoRo came for a vizzie: 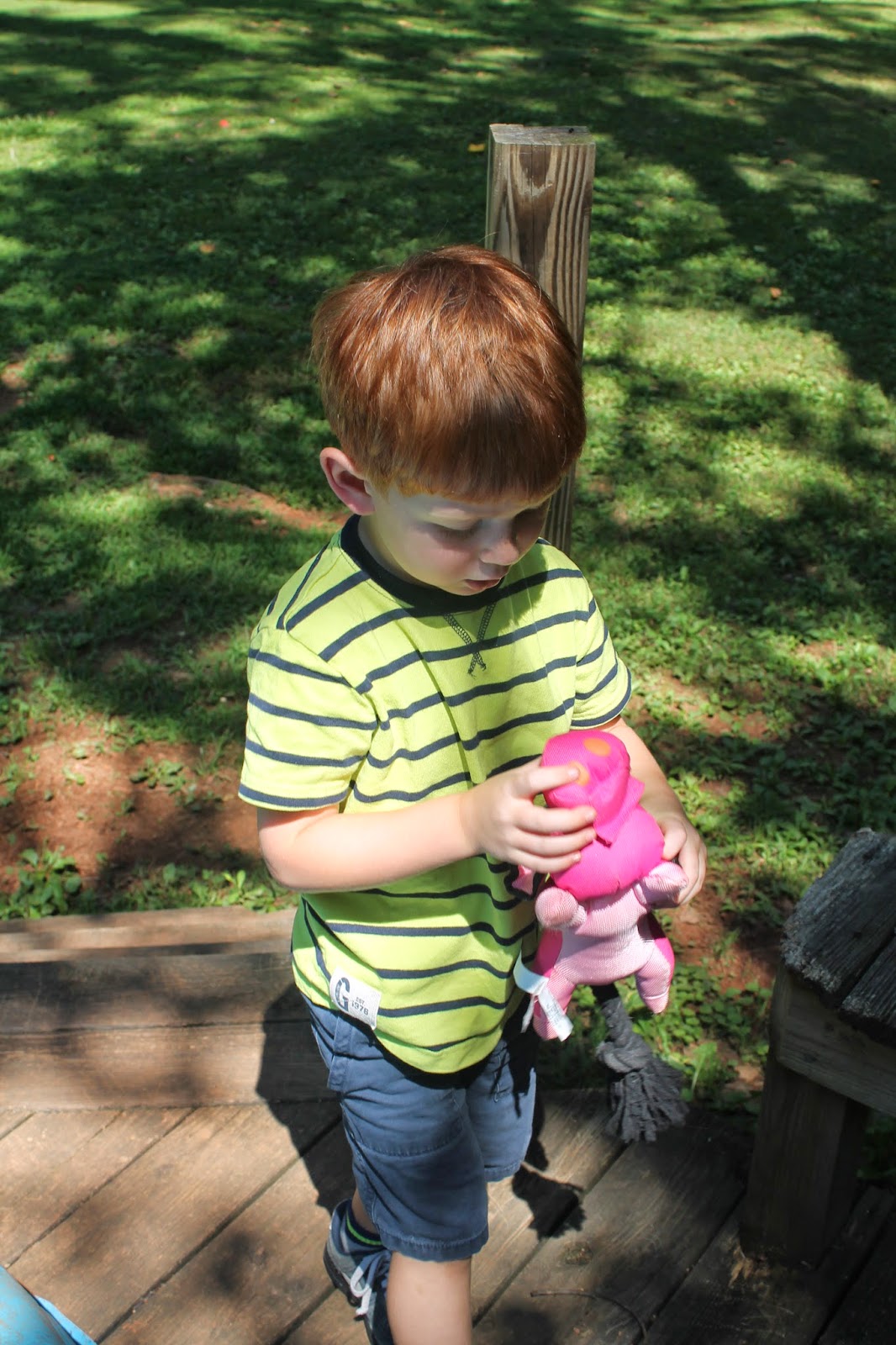 Buddy Returns
Poor little guy. To make matters worse for him, we had to put him in the Cone of Shame, because he kept licking the incision site:

He's managed to finagle it off a few times. As long as he doesn't get licky, we're OK:

Reggie coming in to sniff my knees, apparently: 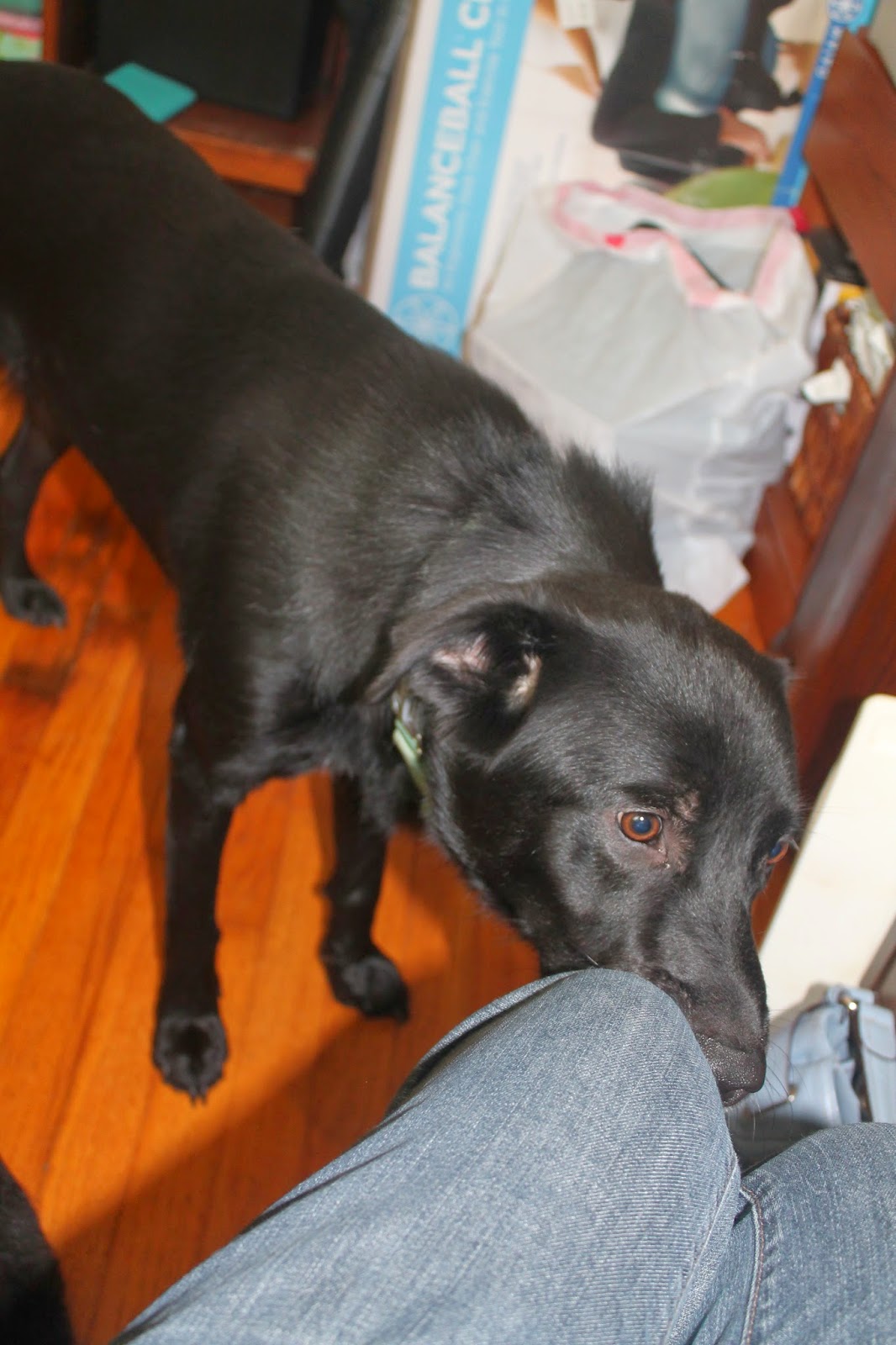 One of Buddy's comfort spots is Reggie's crate: 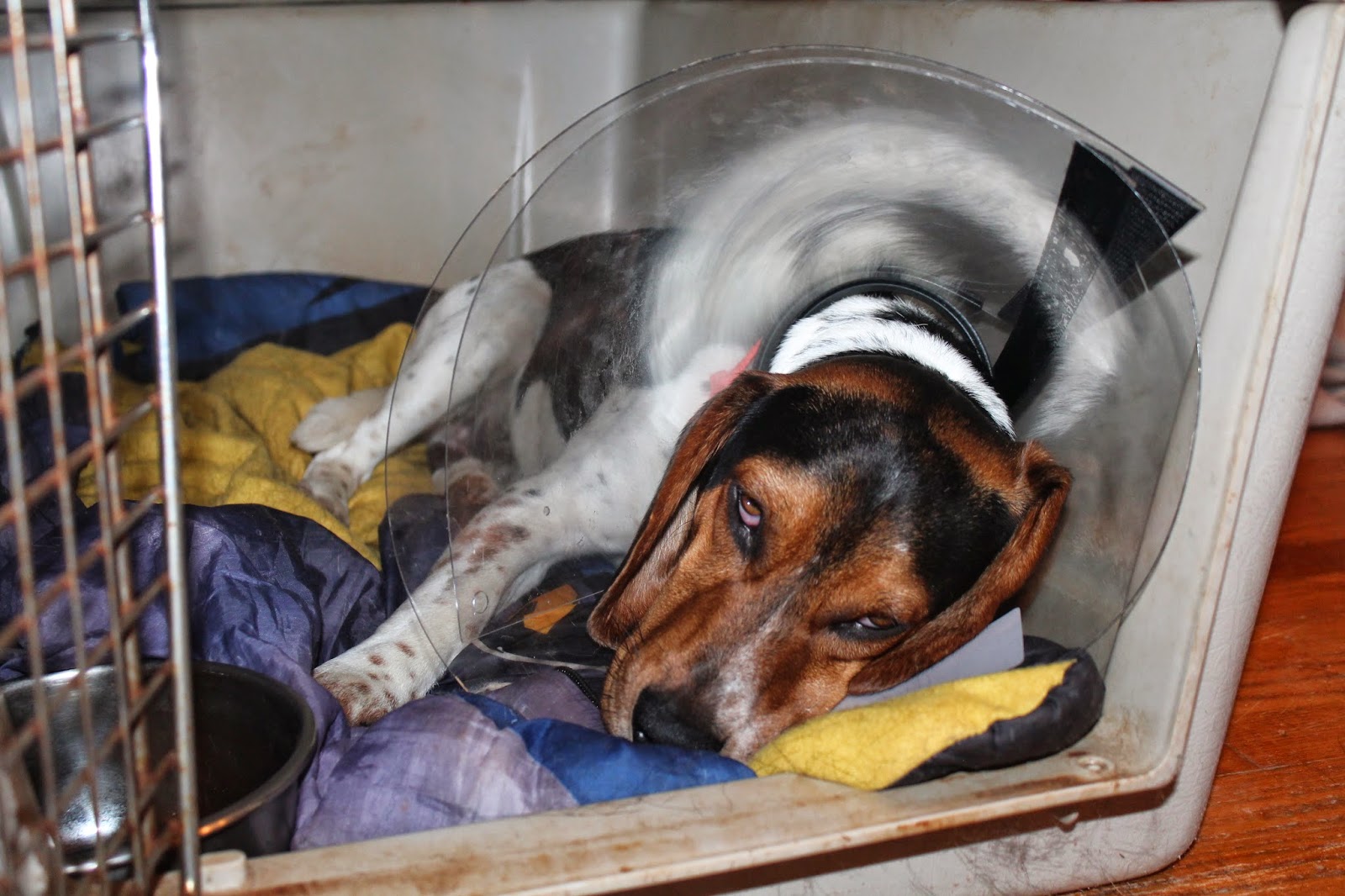 When Ro came over, he brought one of his stuffed animals with him, which was WHITE. Did we learn nothing from The Teddy Bear Incident? Apparently not, because this:

But he's not too worse for the wear. Just a little soapy scrub and he'll be good as . . .
Buddy walked into the back of Bingo and managed to get his cone off. After I put it back on him, he went running after her to try to get it off again. She put a stop to that. Not by running away, but by lying down. Ha Foiled again, little buddy. It will be coming off soon enough. In the meantime: 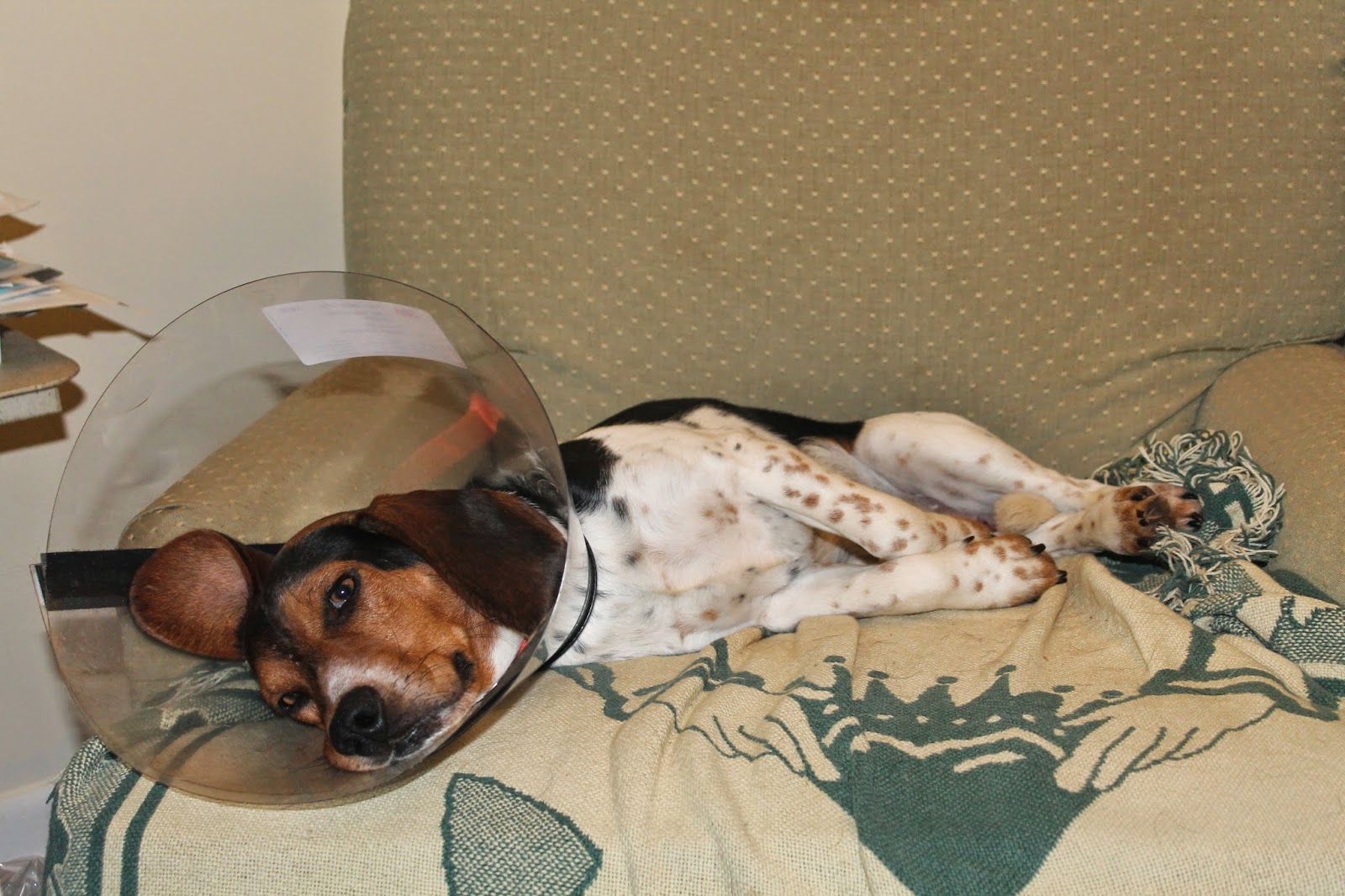 See? Here he is, spilling off my bed: 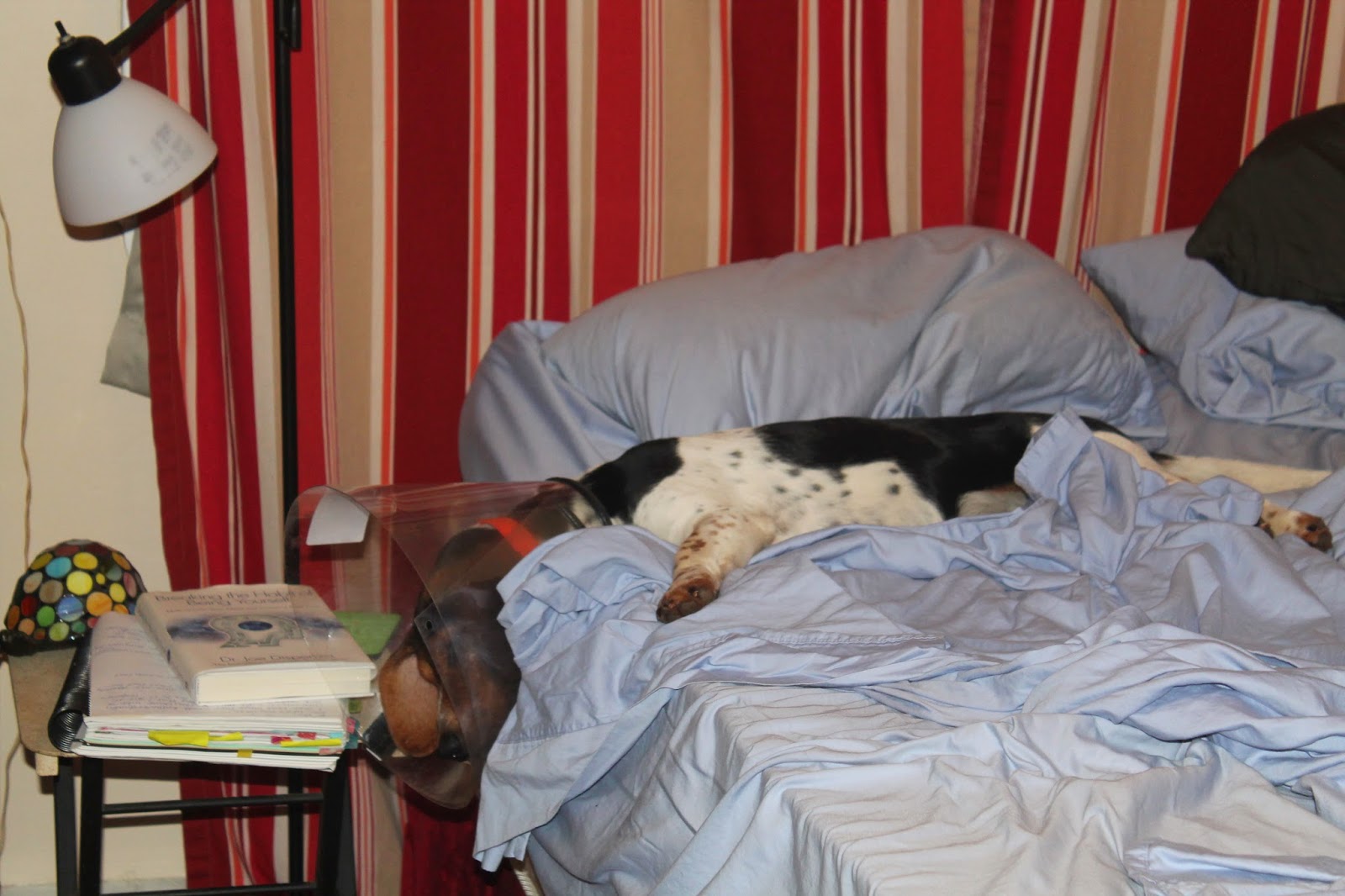 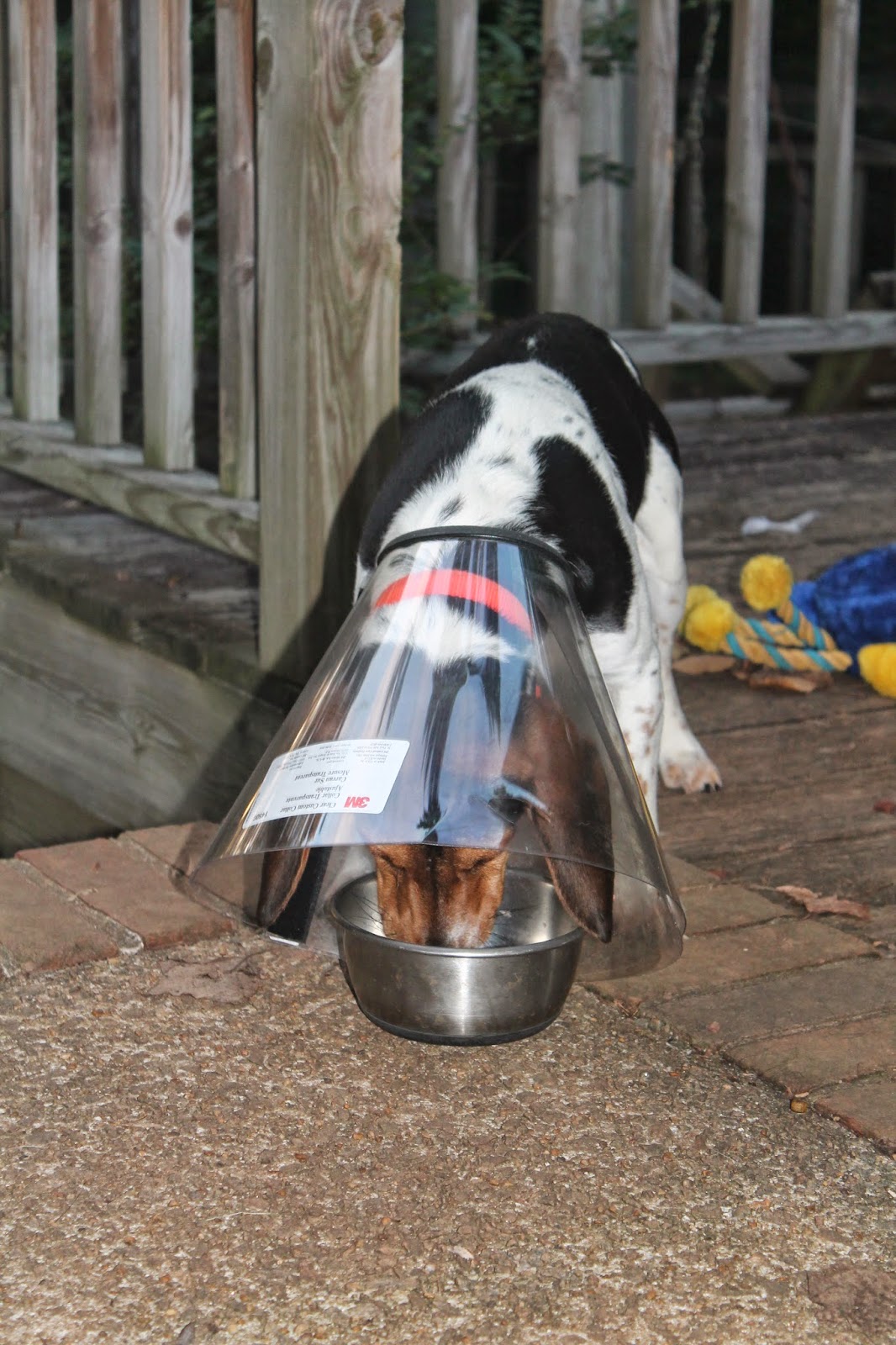 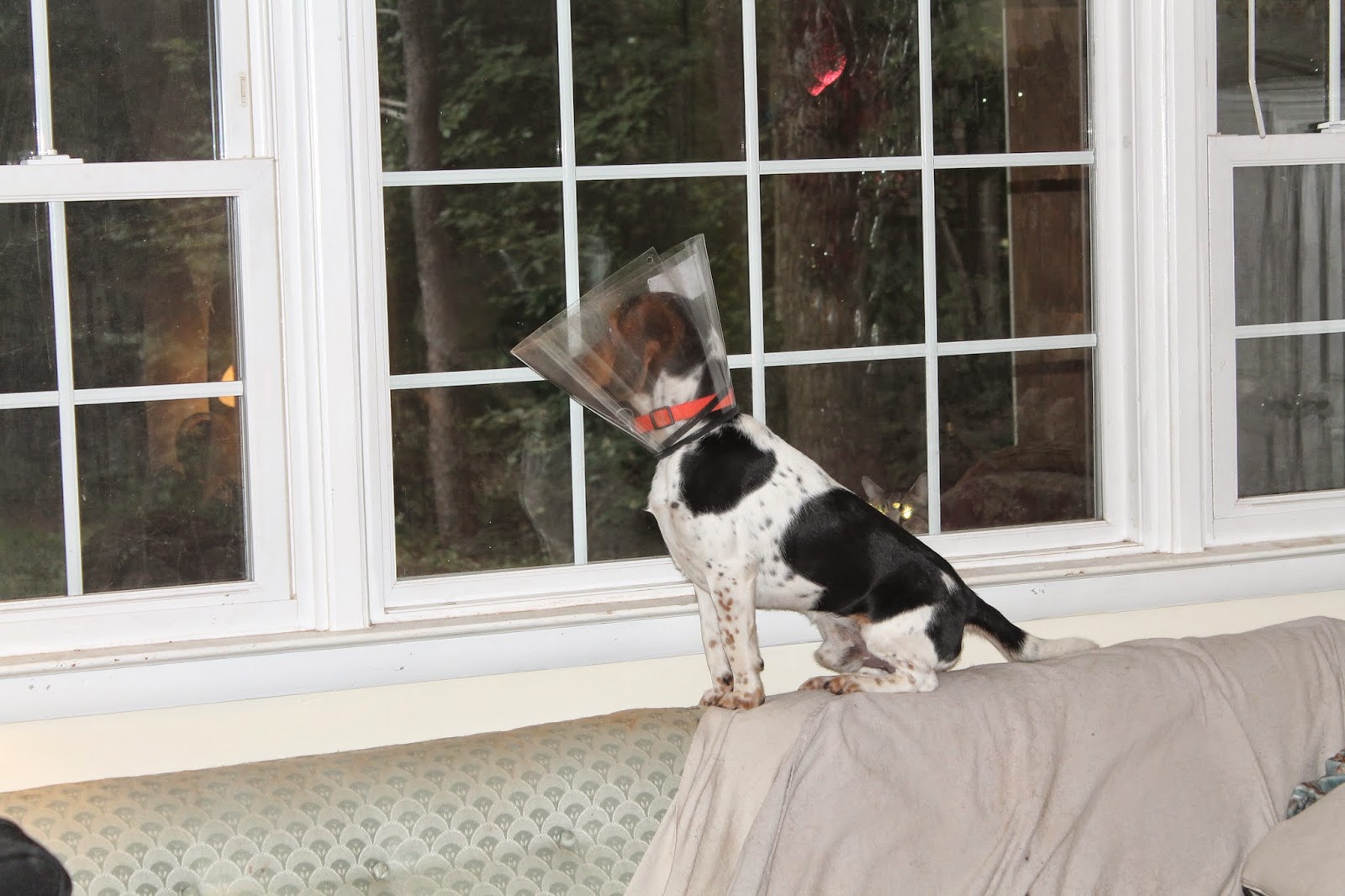 Another day, another sofa destroying disturbance: 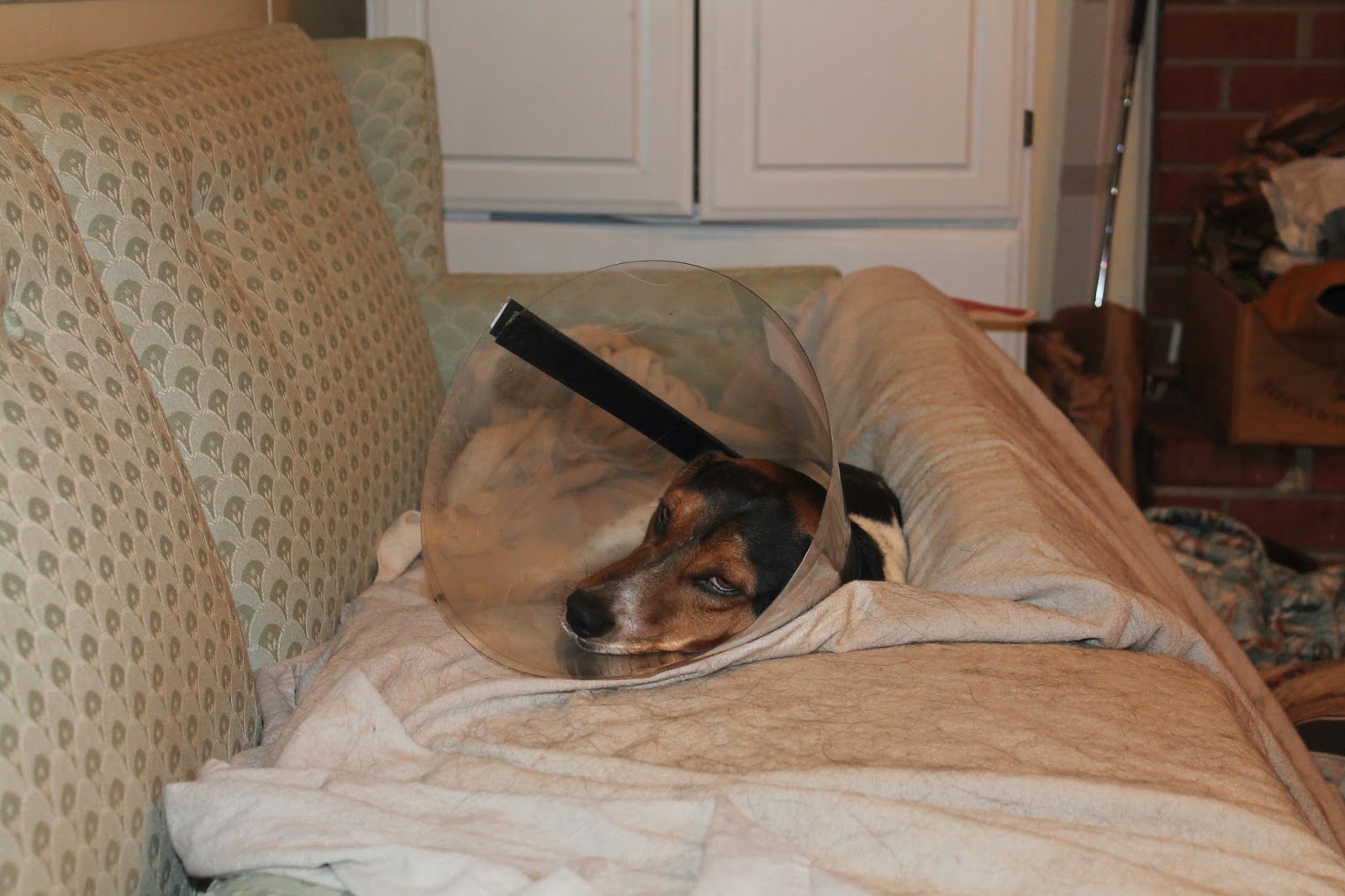 Another meal:
Meanwhile, this: 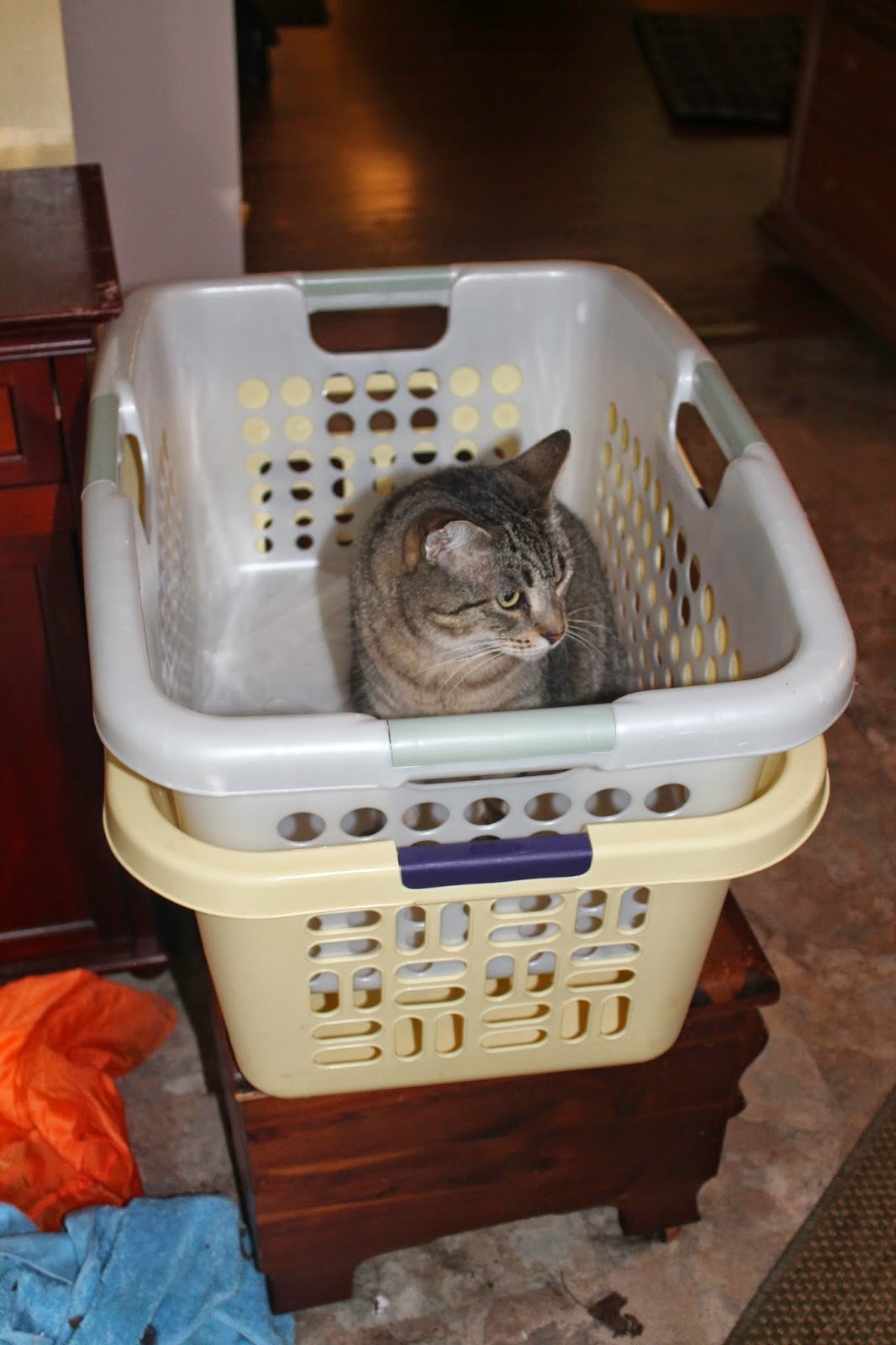 Yesterday I was lying down on the sofa, and Reggie jumped up and sat next to me and then started licking my feet. Which was excruciatingly ticklish, but I didn't want to scare him. But it was really quite the breakthru. He'll let me sit down next to him and massage his neck, but he's never done that. But then! THEN! Look at THIS:
This was without Buddy on the bed, just by himself! Amazing how far he's come.

I took these pix with my iPad, because I knew if I moved, he'd hop outta there. 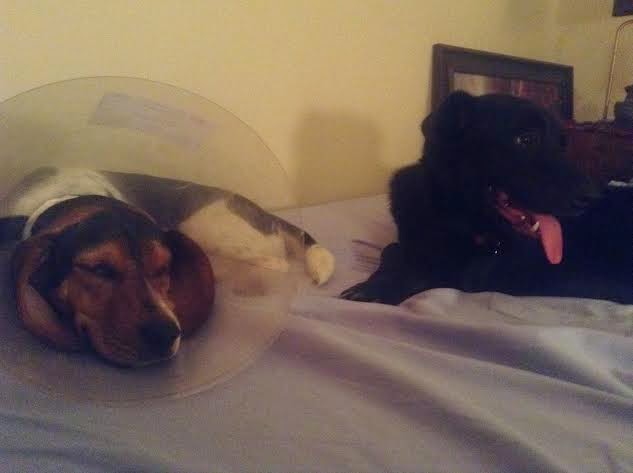 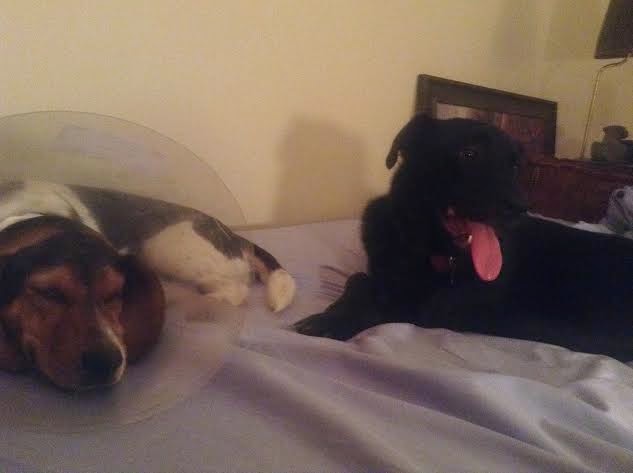 Posted by Hali Chambers at 1:25 PM