This could be called "The Buddy Blog" this week. And I didn't take the usual 200+ photos this week. Here's Buddy in the office on my little red Persian rug, which fortunately, so far has not garnered another nick-name:

I know I have photos of him throughout the house and outside in this pose, but I can't not take a picture of such cuteness:
And here's a switch-up; Tabby below me by my chair:
Buddy out the window: 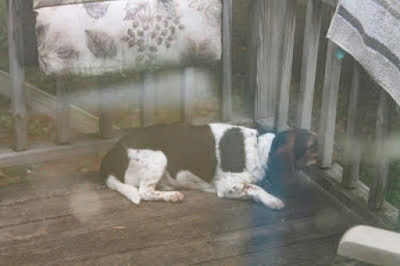 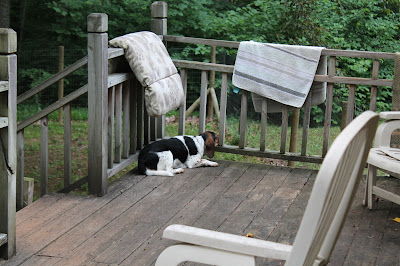 I got closer, but lost the pose: 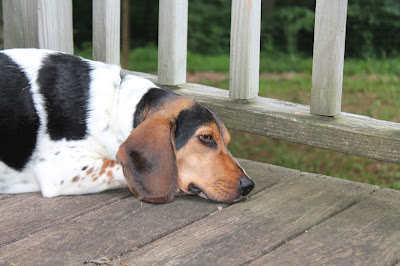 I put the office T.U. rug in the hall way for Reggie to sleep on at night. Here's Buddy: 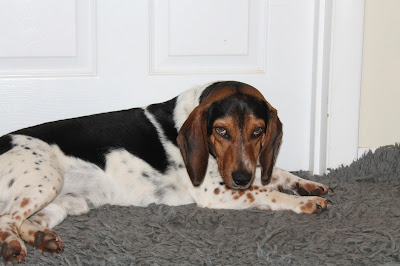 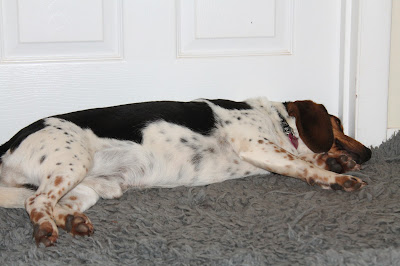 Here he is on top of the sofa: 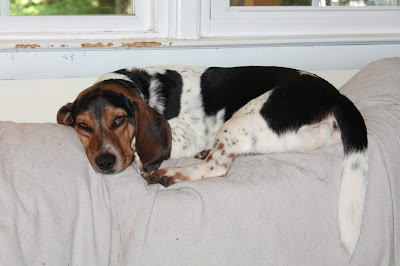 See what I mean?  The Buddy Blog.

He was curled up on the sofa because:
Another day, Buddy in one of his spots: 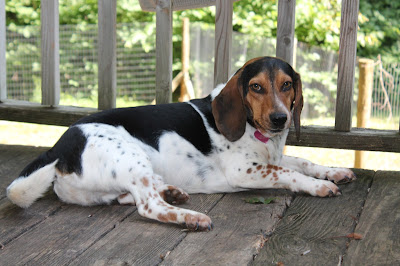 A better angle would be from the labyrinth; but I was lazy: 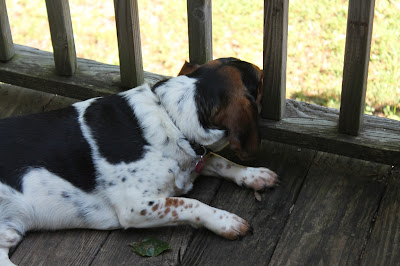 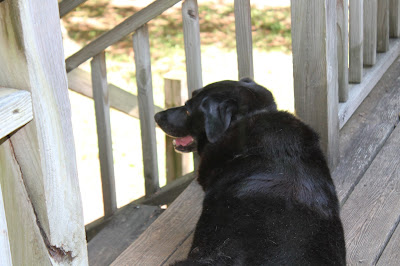 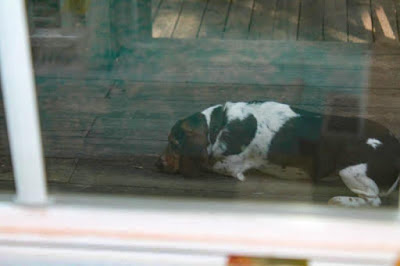 This morning, as Buddy & Reggie are playing in the yard, here's my sweet Bingo in the office with me: 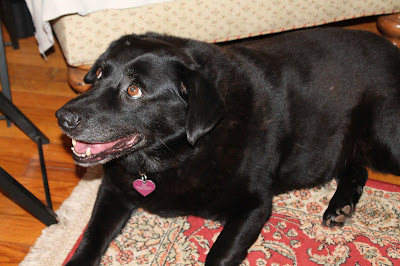 John Morgan imitation:
Of course, whenever I get close, she gets ready for belly rubs!
I had a question about using the rose geranium oil for ticks. It works!  I apply it to their collars and then swipe under their legs in the creases where they can't lick--and where ticks like to go!
HOWEVER, I'm really sensitive to smells, even natural ones. So the house smells all rosy, but it's too much. And the dogs really hate it! They run away when they see me reaching for the bottle. If I'm really sensitive, can you imagine what a dog thinks? My biggest concern has been mosquitoes. I've been using lemon oil, again on their collars, but it's food grade, so I can rub it thru their fur. They don't like that, either!

I made a natural flea/tick repellent powder using food grade diatomaceous earth and neem powder for Tabby, and added lemon eucalyptus for the dogs in their powder. (Essential oils are toxic to ingest so you can't do them with cats because of the grooming). The flea powder is easier and less stinky. I did find a seed tick on Buddy and put a dab of rose oil on the tick. It died. Found a bigger tick on Bingo, and it killed that tick, too. So, I'm just vigilant about checking them throughout the day.  So it's  been a process of figuring out what works for them. So far, so good!

It's nice to be writing about ordinary things. No escapes from the beagle-boy. No destruction, either. All is well in our little world. HAPPY Monday!  :-)
Posted by Hali Chambers at 6:30 AM