We had a lot of rain. The river has flooded a bit. It looks rather underwhelming from my front porch: 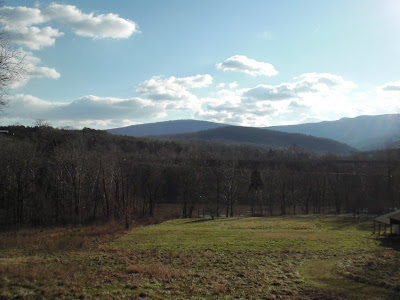 Oh sure, the river's all brown and whatnot. But it doesn't look too terribly spectacular. Neighbor Dave called yesterday a.m. & said that the river had crested & it looked like it was going down. So I grabbed my camera and ran down to the river. Like it's going to go back to normal in 2 minutes?

So here you go: 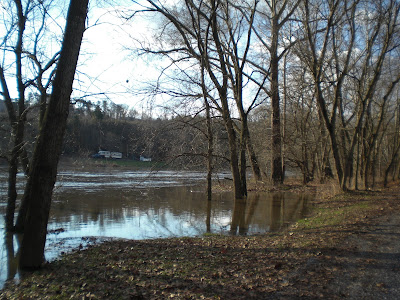 The last flood, the river reached the mailboxes, but the water was about a foot below. They survived, which doesn't surprise me if Neighbor Dave had anything to do with the construction. Apparently they're set in concrete. 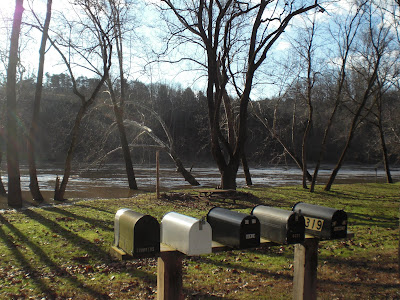 Mine's the last on the left with the duct tape. 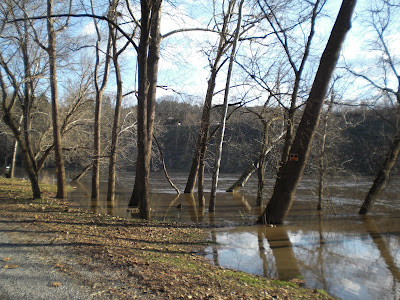 This is where Mum got into trouble during the last flood . . . 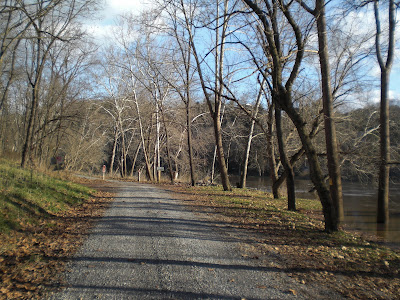