Doggy Monday: It's Been a Month!

If you could bottle "happy dog" it would cure everything. I love it when their whole body wags. Magical. ~Ricky Gervais

Reggie has been in the fam for a whole month! He's such a sweetheart. He spends the night in his crate and when I come into the living room in the morning, he thumps his tail against his crate, waiting for me to open the gate. Wag-wag-wag with his whole body as we say good morning. I put the tea kettle on & then I get their breakfast. Bingo gets her food in the Kong Wobbler, so she doesn't eat so fast. Reggie likes to eat his food in a bowl his crate--breakfast in bed. I always say to Bingo, "Where's your wobbler?" And she wag-wag-wags. Saturday morning, I said, "Where's your wobbler?" and Reggie went straight to his crate! He knew it was eatin' time!

Since the fence was finished, the dogs have spent a lot of rompin' time outside. We've had some really frosty-cold days, and some really nice ones. It doesn't seem to matter, they are HAPPY outside!


So I've had a bit of a problem getting Reggie back in the house when he's in the yard. Bingo comes in, but he does his little dance at the door and then won't come in. I left the door open for him, but it's COLD! Even with the wood stove cranked up, I don't want to leave the door open. So I went out and maneuvered him to see that his only option of me not chasing him was in to the house. Ha! I don't know if he thinks it's a game or not. But now when I open the door:
1. Bingo comes in.
2. I go out.
3. Reggie goes in.
4. I go in.

It's not so bad except when I'm in my jammies. Speaking of . . . I met my neighbor-lady on Saturday morning at 7-ish. She let her 2 dogs out (a boxer & a lab-shepherd) and we had convivial chit-chat over the fence like Betty & Wilma. She was in her jammies, too. I apologized for my barking dogs and she was very nice & said it didn't bother her, which was good to hear. Bingo & Reggie can get really yappy! 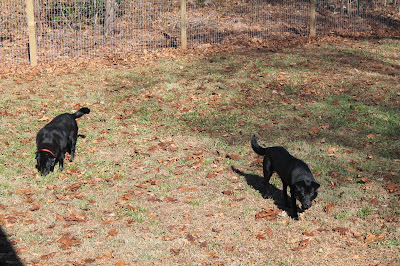 I don't want them to be in the habit of it, tho. She's pregnant and I know she's not going to appreciate barking dogs when she's trying to get the wee one down for a nap. Speaking of the wee one . . . she was smoking. Smoking! And all I could think of was when my dad told me about the placenta of this woman we knew whose baby Mum delivered. He was her birth assistant, sometimes. Anyway, he said something like it was really small and the blood flow was restricted. This was prolly not one of the placentas I had to cart off to school to my biology teacher. Which--how cool is that? Says me now, not 14 year-old Hali. Anyway,  I didn't want to start rambling about placentas to my neighbor. I mean, I don't really know her well enough to dive into a placenta convo. And it's not like in this day & age people don't know it's unhealthy for the baby when you smoke. That's the power of an addiction. Anyway, she was really nice, and a fellow dog lover & I hope she has a healthy baby. And placenta.

But I digress; back to the dogs: 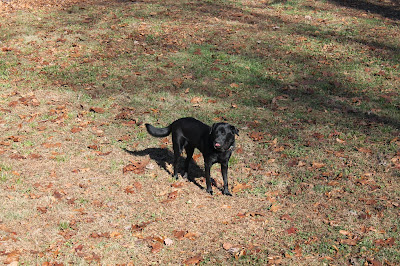 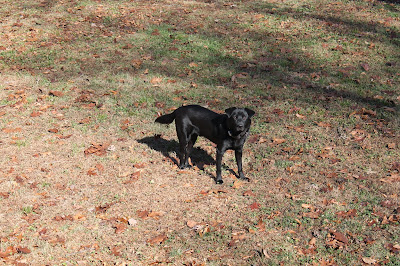 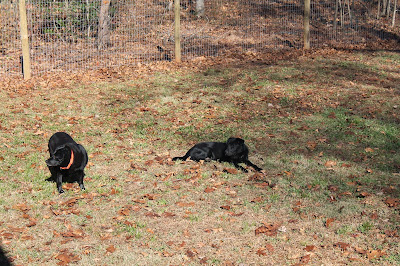 And that's our week.  :-)  I promise next week's post will be free of placenta talk.

Posted by Hali Chambers at 6:30 AM