Chiro-sis & I saw the Goo Goo Dolls at the National Theatre on Monday. WOO-HOO!  AWESOMEness. Last time we were up front, but this time we decided to go to the balcony. I've never done that except for U2 in a stadium, so it was a different experience. We came in at the end of the opening act & found our place further back. We had a great view of the stage, and it's not like we would miss the wall of sound from anywhere in that theatre. One of the best things was the music playing before the GGD came on. They played Magnificent Seven by The Clash! Back in college (the first time) I made a T-shirt that said, "Vacuum cleaner sucks up budgie. Oh nooooooo!"  Good times. So chiro-sis & I were bobble-heading along. Here are few pix from the show: 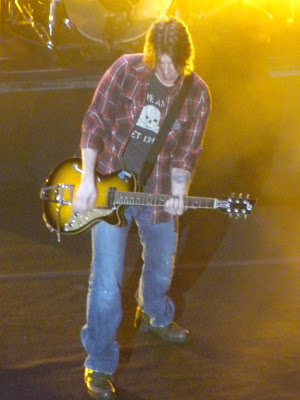 We kind of found ourselves in the family section. These 2 girls were there with their dad. And yes, they had ear plugs. Good job, Dad! 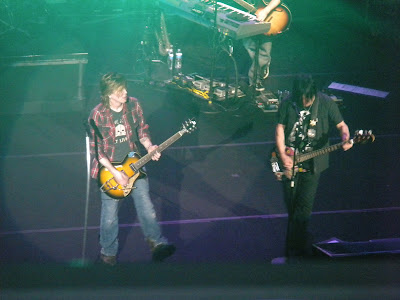 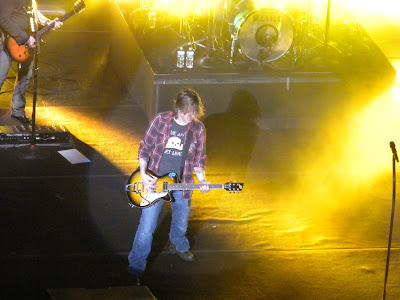 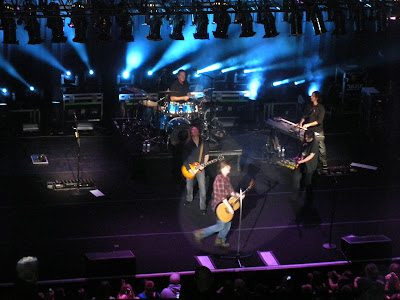 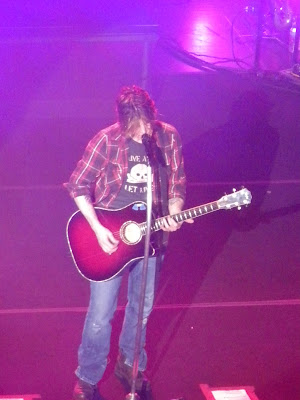 So I went back 'n' forth between taking pix & filming. Toward the END of the concert, this usher girl comes up during Become & tells me there's no videotaping allowed. Hahahaha Are you kidding me?  Usher Girl, meet the Goo Goo Dolls. What randomness that I got singled out, and she was so serious; which of course I found v. amusing.

I wasn't planning on doing a YouTube post because the sound quality on my camera isn't the best. However, I did post this because Johnny does a funny bit of giving away his clothes:

Me: They played all my favourite songs.
XM Radio Guy:  Of course they did.
Posted by Hali Chambers at 7:29 AM