Reggie goes between me & Bingo. Here he is in my office:


When I'm in  the kitchen, this is Bingo's usual hangout spot: 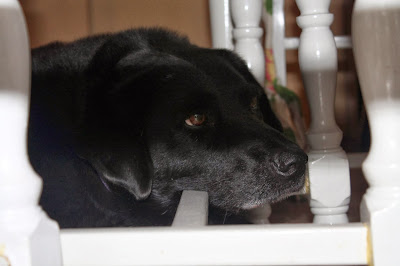 In the meantime, Reggie is in the living room:

And here they are curling up and getting all cozy: 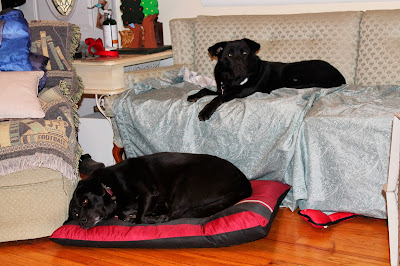 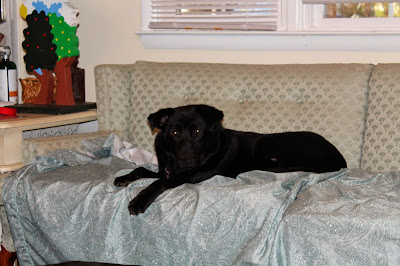 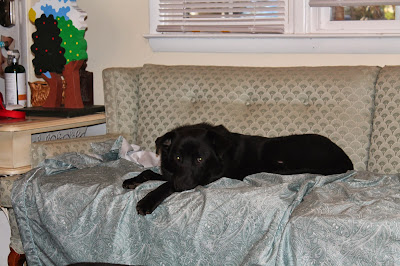 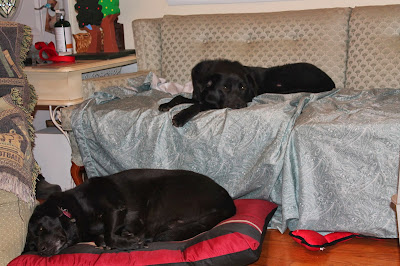 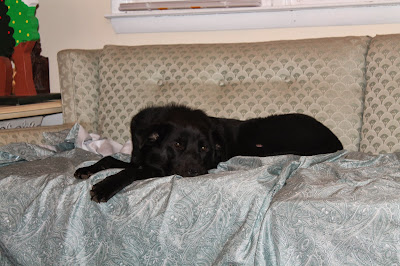 I went to Chicago this weekend, so Bingo & Reggie went to the Wilton Hilton, my friend Rita's. We went over for a meet 'n' greet before I went. I was on the fence about leaving, and if Reggie had had any problems being at Rita's, I would have cancelled. But of course! Rita had Reggie eating cheese out of her hand and licking her fingers before we left a couple hours later. He LOVED playing with Dana and Roy! It was so good to see him chasing around and having a good romp! Rita said, "Well, he's certainly not shy around dogs." This is true.

It's so good to have Bingo for him because she shows him what to do. When she sees me grab my purse & leash her up, she knows we're going to Rita's. So she's a happy girl and dashes out, and waits at the car. She's on the extended leash, Reggie's a short one. He doesn't have a problem riding in the car, which is great! It's the first time I've had 2 dogs willing to jump up into the car independently.

I'll have pictures in the next blog post of their vizzie to their other mommy's.  :-)