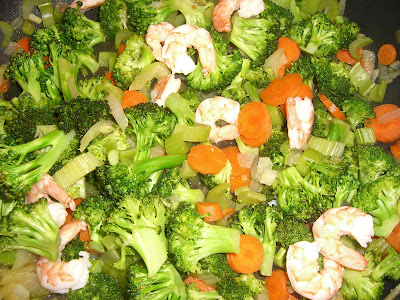 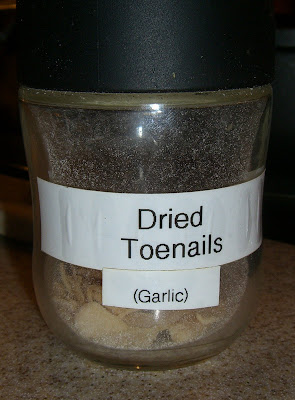 We're past the half-way mark and the children have survived so far. Last night I was in the kitchen making stirfry. I was looking for the exhaust fan and Z asked, "Do you know how to work this house?" "No," I said. "Do you?" "No," she replied. My SIL's parents spent a whole evening doing nothing because they couldn't figure out how the TV worked. It's not just the TV; it's the rice-cooker and any other electronic gadget with all the bells & whistles. I'm more of an On/Off Switch kinda gal. Speaking of rice, I made a boatload of sushi rice for the stirfry (v. STICKY!) so A will get her request for sushi tonight! She already showed me where all the stuff is to make it. Did I mention my brother is a gourmet chef? And the Dried Toenails gives you an idea of his sense of humour. Hahaha

When I used to teach in Montessori school, and when I taught first grade, I always had a storytime incorporating lessons and children from the class. We would go on all sorts of adventures. They always end with a Do you know what happened next? And the kids say What? And I say, Tell you next time. Awwwww! they say.

One time a mother called to tell me that her son had had lice and that she had tried to give him a short crew cut. It's not as easy as it looks, she said. And now he has bald patches all over his head. I knew that poor little Thomas was in for some teasing, so I created a story about a little boy who was the hero and in the end he gets his hair cut off as some sort of rite of passage. I don't remember, but I think he went to China or India or something. Anyway, I never mentioned that it was Thomas or anything else. By the end of the week, 4 other little boys had gotten crew cuts. One mother said to me that her son never wanted his hair short before.... Really? I said. How curious....

The nieces come into my bedroom in the a.m. and wake me up. Mum said that Z & M sat in a chair and watched the clock for 5 minutes this a.m. because Mum said they couldn't wake me up before 7. 5 minutes of clocktime is an eternity for children! I'm v. grateful that Mum is here because I would be way more exhausted. And the house would be way messier! OK, that's my update...will endeavor to write more later in the week.... :-) H.

Posted by Hali Chambers at 8:55 AM