As I mentioned in yesterday's post, Jerry gave us an assignment during lunch. Not something we had to do, but we got to. So Anne & I were off to the Indian restaurant across the street, all ready to catch up with each other's lives. Armed with 4 phrases we were allowed to say, with an optional 5th phrase:

There was lots of pointing to order lunch. It was a buffet, so it wasn't too complicated. We were v. quiet & didn't speak, and I pointed at the biggest vat of chicken tikka masala, nodding my head. I looked over and Anne was writing instructions on the take-out menu: 1/2 palak paneer, 1/2 something else. And soup. It was v. funny. There were 2 women at the table next to us, unrelated to our Jerry Stocking Tribe, chatting away, Blah blah blah. And then she said, This is very complicated. Funny how things get on our radar. 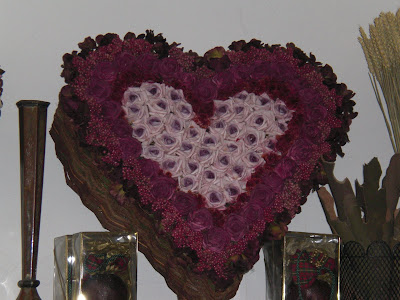 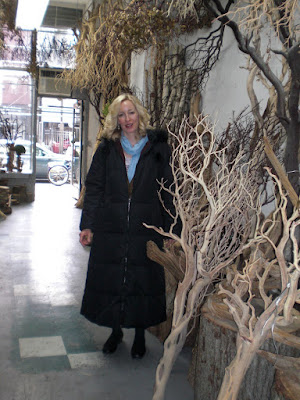 This was a really cool store with decorative things. Anne's hair sort of matched the colour and twistiness of the tree branches, so I was trying to capture that. We went into a plant store, and it could have been Anywhere, USA instead of NYC: 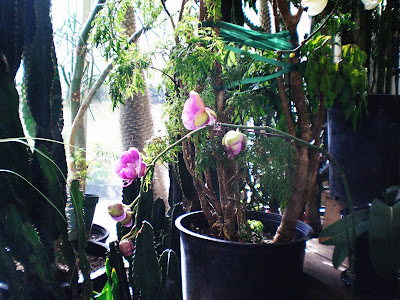 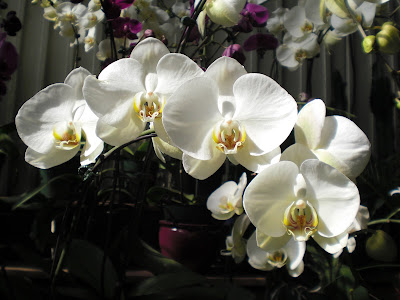 Michael.
I got the most verbal when I saw this: 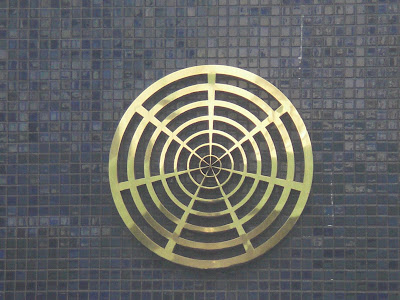 And spat out all 5 phrases in rapid succession. It's the Subud symbol, something I grew up with. 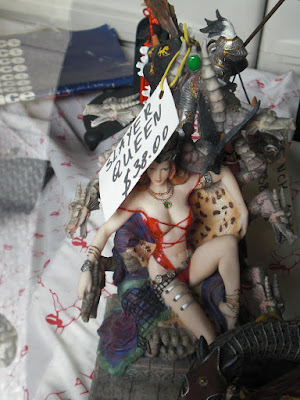 "Michael?" Anne asked as I was taking the above photo. I laughed. I thought it was funny. It... slays me. Hahahaha

I was v. grateful for the 2-syllable Michael. It became, hello, good-bye, thank you, pretty, excuse me, awesome! and for the above photo, really? It was not so complicated, altho perhaps people around us may have been a bit confused. It was rather nice having a break from language. And then! we had an exercise where we had no language. But that's tomorrow's post. Michael!
Posted by Hali Chambers at 7:22 AM