I went to Amazon & a screen popped up to add a charity to benefit from my purchases. It's called the Amazon Smile Program. If you do a lot Amazon shopping--and as a prime member, I do!--then all those purchases can add up. Here's my charity, AARF: 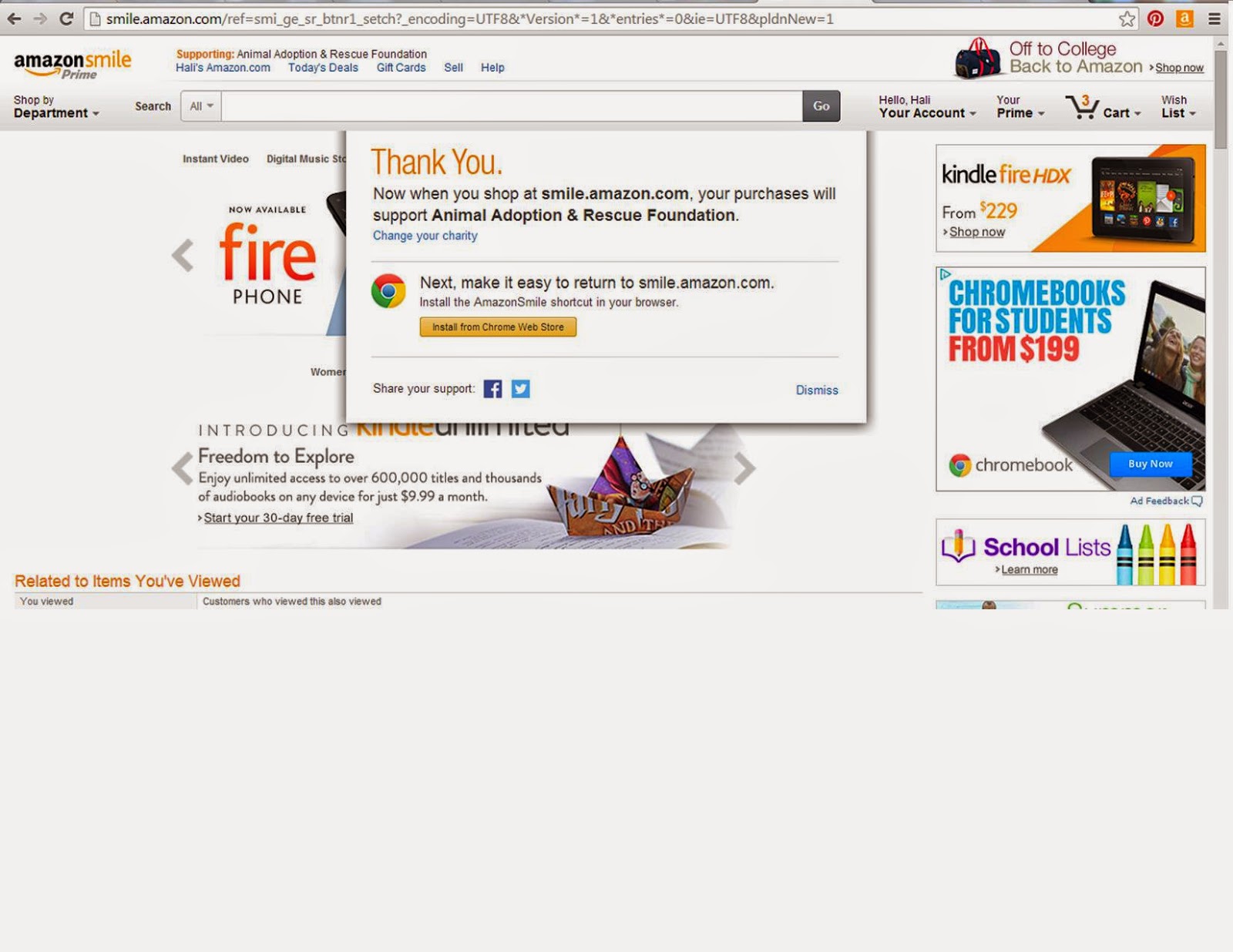 Doggie Monday: 2 Lab-Mixes And A Beagle

Well, it's been QUITE the week with the beagle boy! Reggie is happy to have a new play mate who will play with him. Bingo is relieved that she can go out in the yard and Reggie runs circles around Beagle Buddy and not her. The only one not thrilled to have a new addition to the dog population is Tabby Bobcat.

There was cuteness going on in the office but I didn't have my camera. Then I remembered that I can take pix with my iPad. Bonus: Reggie doesn't immediately leave! 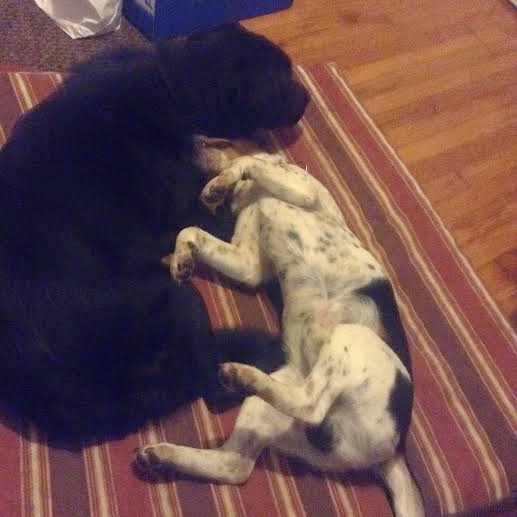 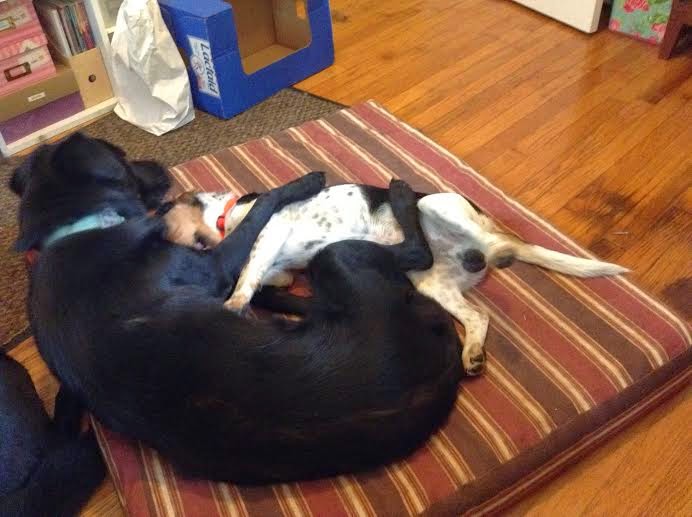 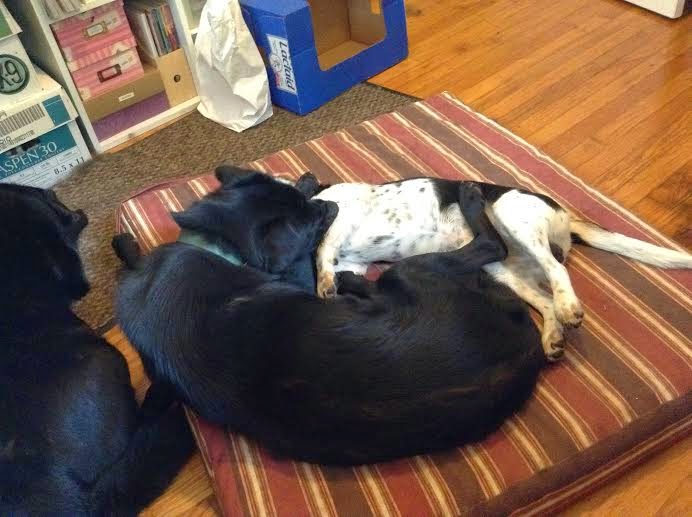 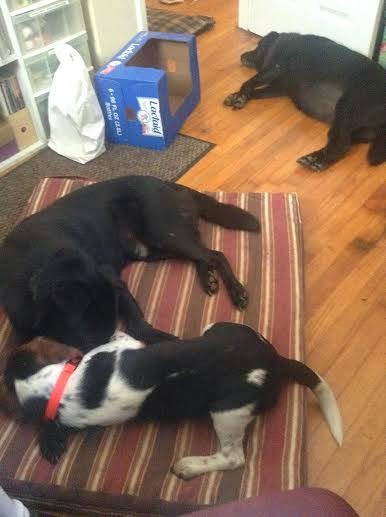 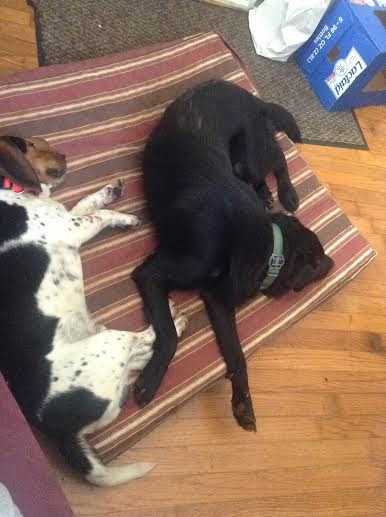 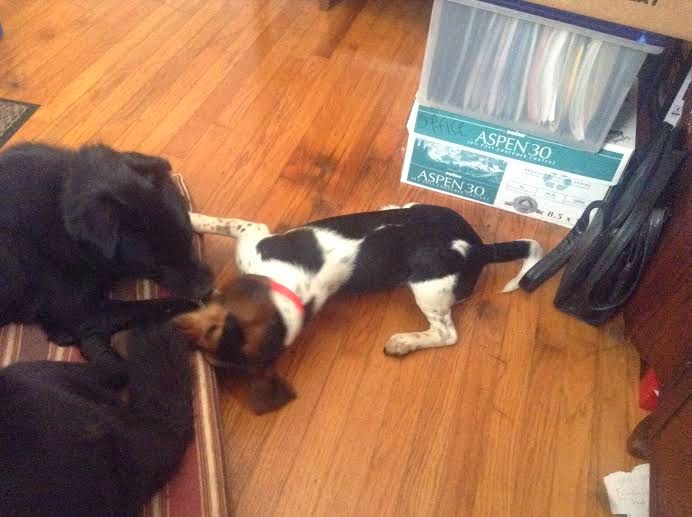 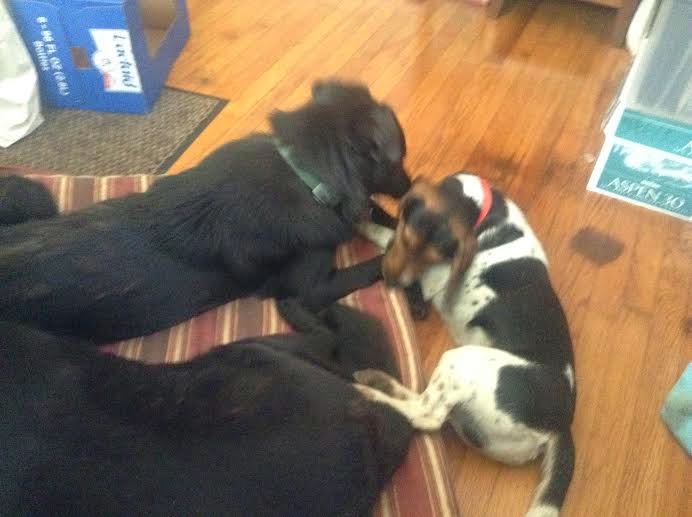 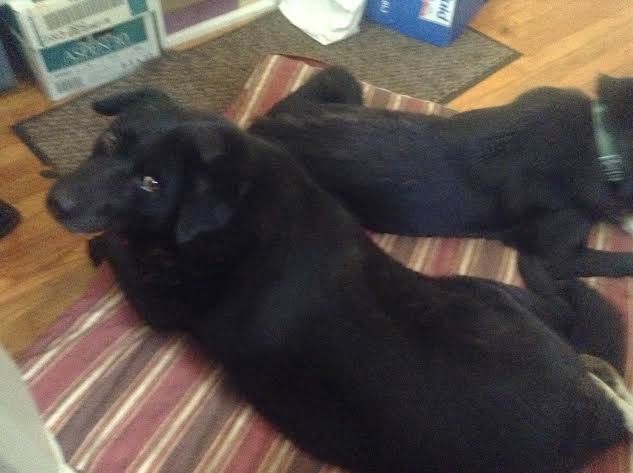 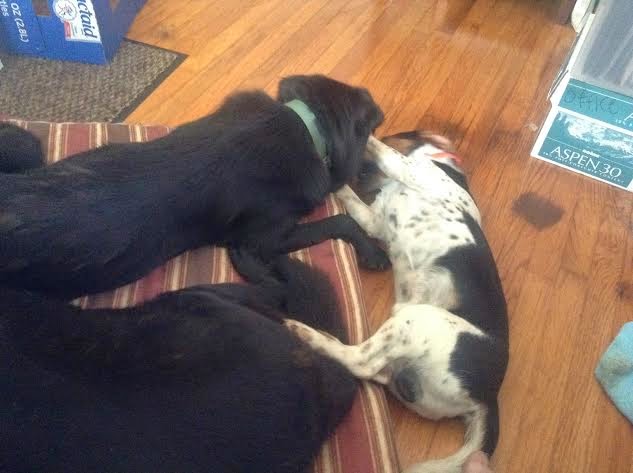 Another day in the office:


In the living room:


Buddy trots up the cat steps in my bedroom. But before he figured out how to get onto my bed, this was his spot in between my bed & the wall:


Aaaaand look what he found:


Rowan came for a visit & I let him walk Bingo in the yard. No trip down to the lake this time.


Another day in the office:
Buddy is not a fan of the crate. I have one for him, but the second time I tried to put him in it, he put his legs up on the sides & I couldn't maneuver him in. So I cleaned out the other big crate & put him in that. He didn't like that, either & when I got home, he had peed out the front. I cleaned it up & tried again the next night I left. Ugh. Not only did he pee in it, but did the full doggy business. AND he ninja-maneuvered his way out of the crate! I was greeted at the door with a very-smelly beagle. So he got a nice, midnight doggy bath. Like all the dogs I've had, he doesn't like the water. Quel suprise. Here he is after his bath:
Saturday, I borrowed Brother Atlasta's truck so that I could pick up the rest of my dogwire fence at Chiro-sister's & secure the backyard gates. I figured I'd leave Buddy out; better than having to clean out a crappy crate. Literally. And then I came home to this:
Buddy is a bit frantic when I leave. I went out to walk the labyrinth & he was barking in the house the whole time. Well, beagle-barking. You know the kind: ROO-ROO-ROO! Anyway, the blinds in the living room--quite impressive. I went to my bedroom to get the camera--because you know, at least it makes a good story for the blog. And I walk into the bedroom, and THIS:
Oh well. I'm not glued to the blinds. I let the dogs out, and for the first time since Rita's vizzie, I left Buddy off the leash:

Toy Thief
This time it was Buddy's turn to steal a toy. This toy has been in Reggie's crate for weeks. Buddy sneaked in and:


Then Buddy went outside with it:

And that's our week. Hopefully next week I'll have boring photos and uneventful stories of mundane, pedestrian goings-on!